"We're having impromptu celebrations in multiple markets. Teams are handing out special bonus offers. It's basically the kickoff for a four-week celebration," Tammy Smitham, director of communications and corporate affairs for Shoppers Drug Mart, said of the events, which began on Thursday and ran through Sunday.

The company is offering weekly bonuses, in-store promotions, and prize opportunities at more than 1,180 Shoppers Drug Mart and Pharmaprix stores from coast to coast until September 3. For every $10 spent in the store, customers are entered into a contest (coordinated by Pareto) to win one of 10 Ford Fiestas.

Customers also have the chance to win 10 million Shoppers Optimum points by playing the online Optimum personality game. Designed by Tribal DDB, the game lets card members determine their Optimum personality—which from hoarder to spender or indulger. Members can then share their personalities on Facebook and Twitter and stay apprised of daily offers.

Using guerrilla marketing and social media to drive awareness of in-store promotions is a first for the company, Smitham said. "It's new for us. We did a big Optimum drive when we relaunched the card in 2007, but this if our first engagement with social media in connection with the event," she said.

The Toronto team, composed of promotional staff from Launch, kicked off the celebrations on Thursday with a noon-hour pop-up party on Bloor Street West at Balmuto Street before boarding a bus—wrapped in the Optimum logo—and heading to Yonge-Dundas Square. The group visited several locations around the city throughout the weekend. 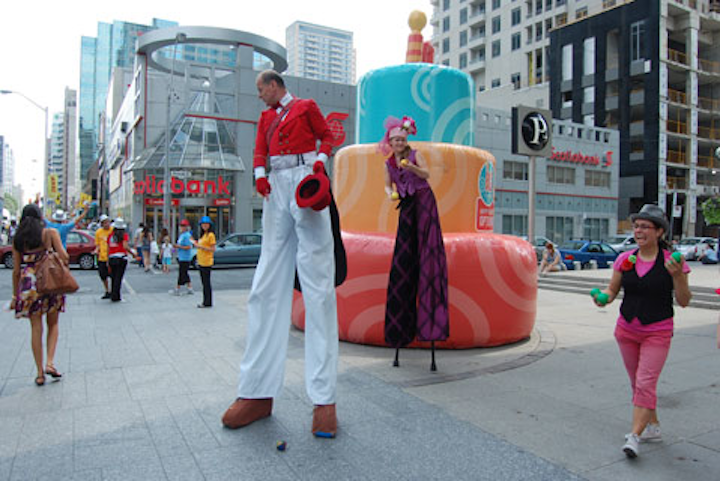 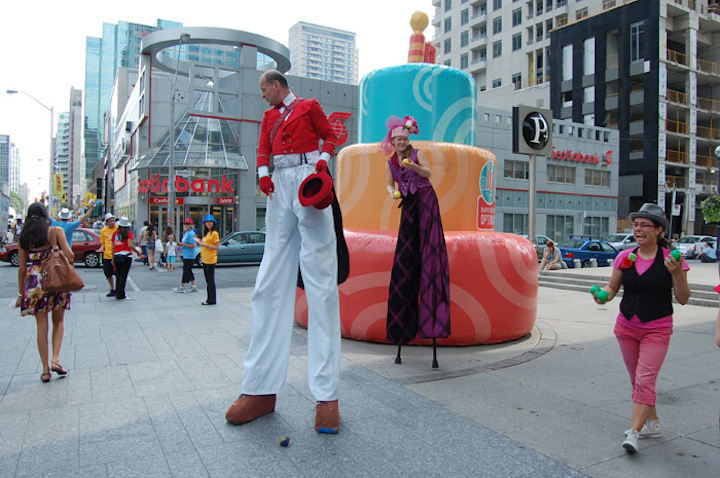 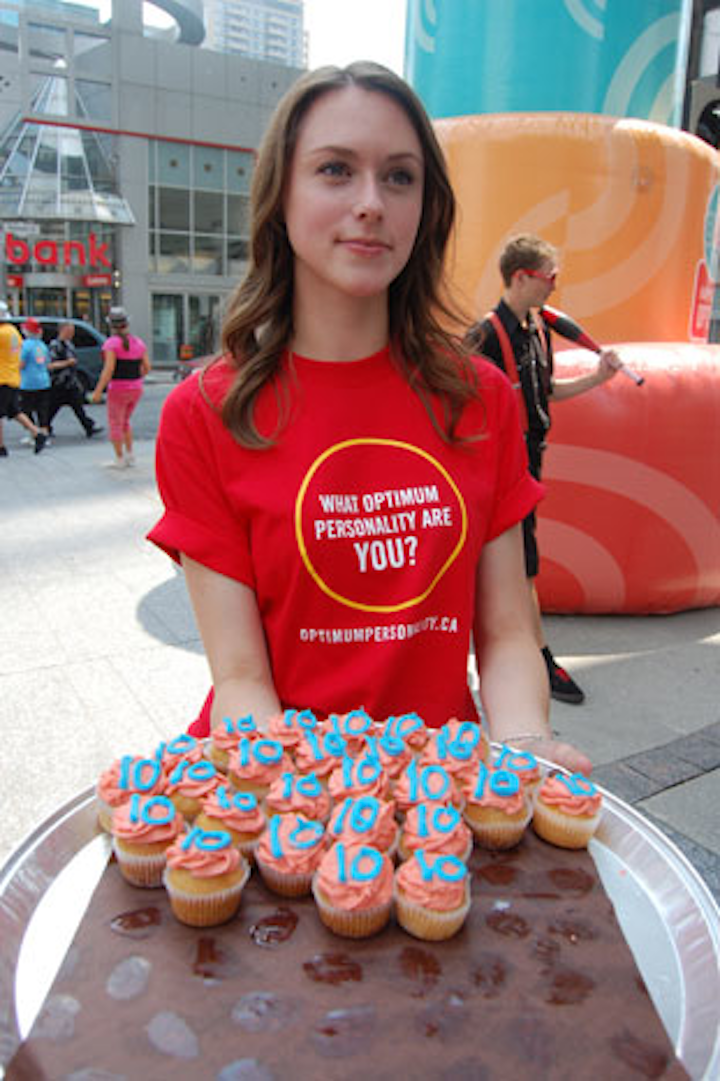 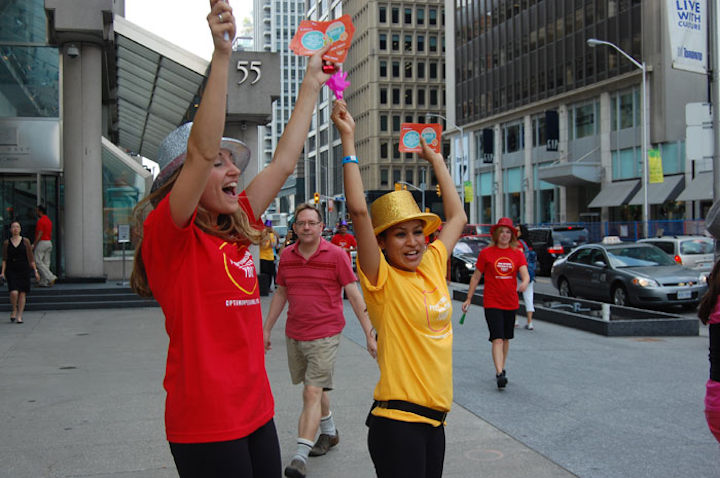 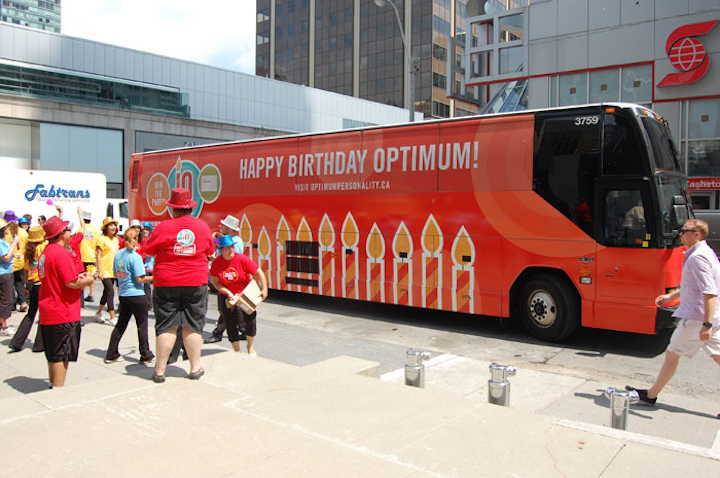 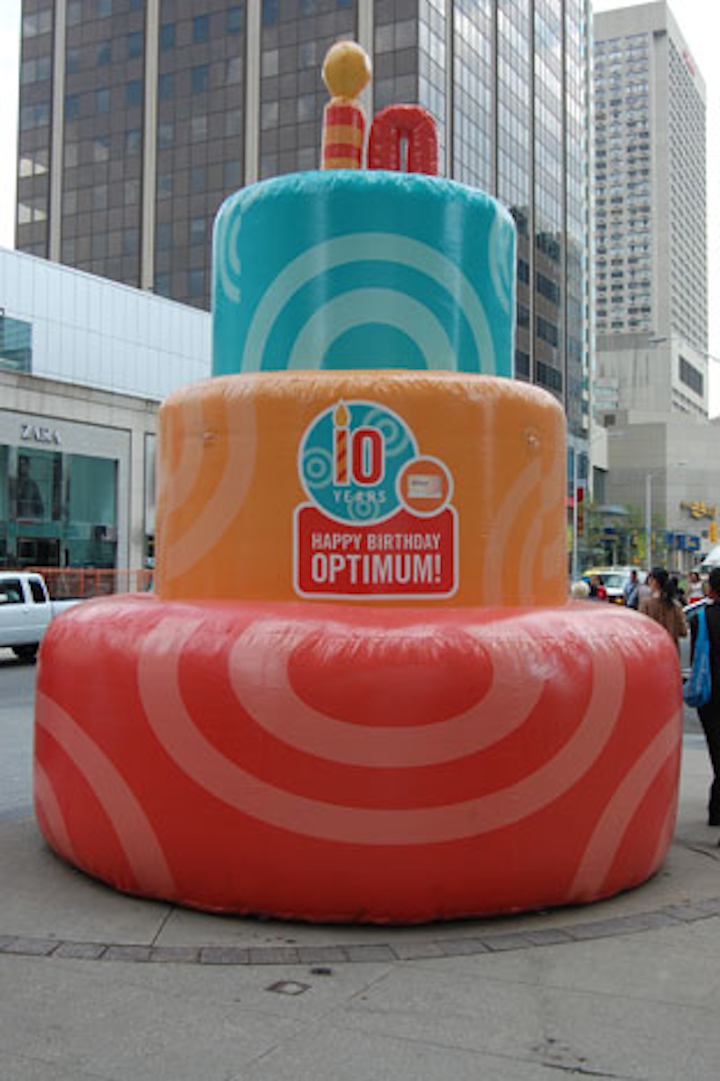 A 12-foot inflatable cake from Balloon Boys sat on display at the corner of Bloor Street West and Balmuto Street over the weekend.
Photo: BizBash
More in Social Events