T.J. Walter
The Meridian International Center celebrated its 50th anniversary on October 1 with its annual black-tie Meridian Ball at the center’s White-Meyer House. Benefiting the center’s international diplomacy programs, the evening is one of the most anticipated social events of the busy fall gala season, attracting members of Congress, White House staff, and private-sector executives. The center hired New York-based event producer David Stark, of David Stark Design and Production, who worked on last year's ball for the first time.

While the look and feel of the gala changes from year to year, the evening’s schedule retained its sense of tradition, as more than 400 of the 600 guests began their evening around 6:30 p.m. at one of 30 residences of ambassadors across town for dinner. The remainder of the guests dined in one of several rooms at the White-Meyer House before everyone came together at 9:30 p.m. for dessert and dancing.

As with all the events he produces, Stark said he stuck with a simple goal—“Parties should be fun”—when he began planning. “Last year, we radically changed the event with the goal of creating a true after-party that people look forward to coming to after dinner, and we really wanted to build upon that,” he said. Last year's changes came in the form of large outdoor tent with a live DJ and a whimsical Alice in Wonderland design. For 2010, the tent remained and Stark took inspiration from the 50th anniversary, decking out the tables with golden hues and the rest of historic space with a host of black-and-white trompe l’oeil-themed chandeliers, candelabras, flowers, and printed backgrounds.

After dining on a variety of sweets created by Design Cuisine Caterers, the majority of guests made their way to the dance floor in the tent, where DJ Patrick Mondjo spun hits by artists ranging from Sinatra to Usher. 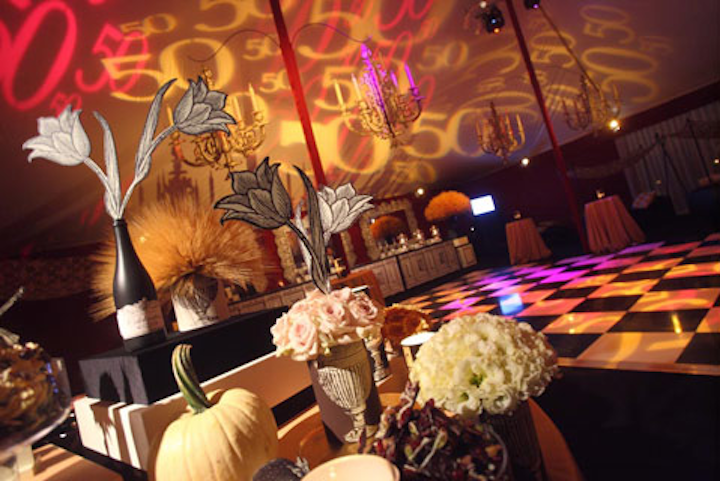 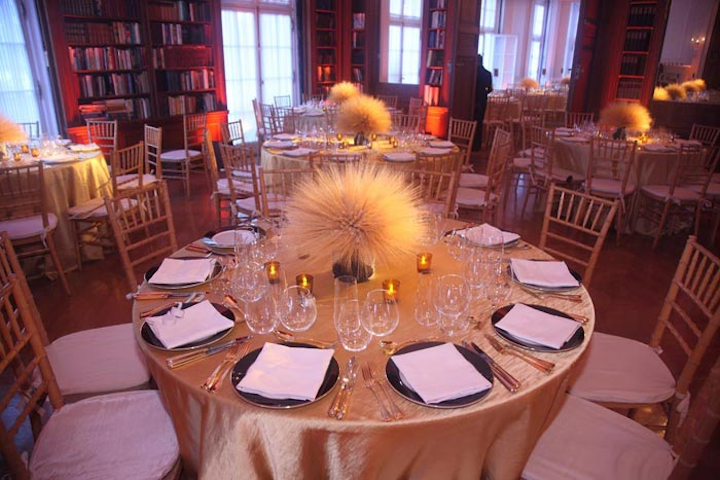 More than 200 attendees dined at the White-Meyer House, where David Stark topped gold-accented tables with centerpieces made from dried wheat.
Photo: Tony Brown/Imijination Photography for BizBash 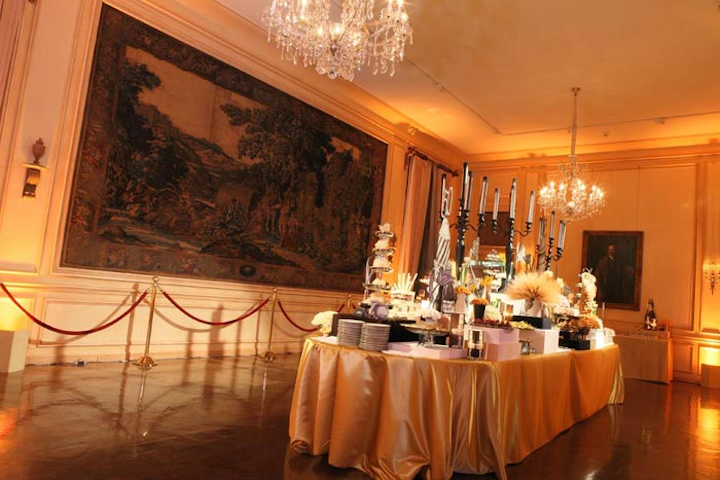 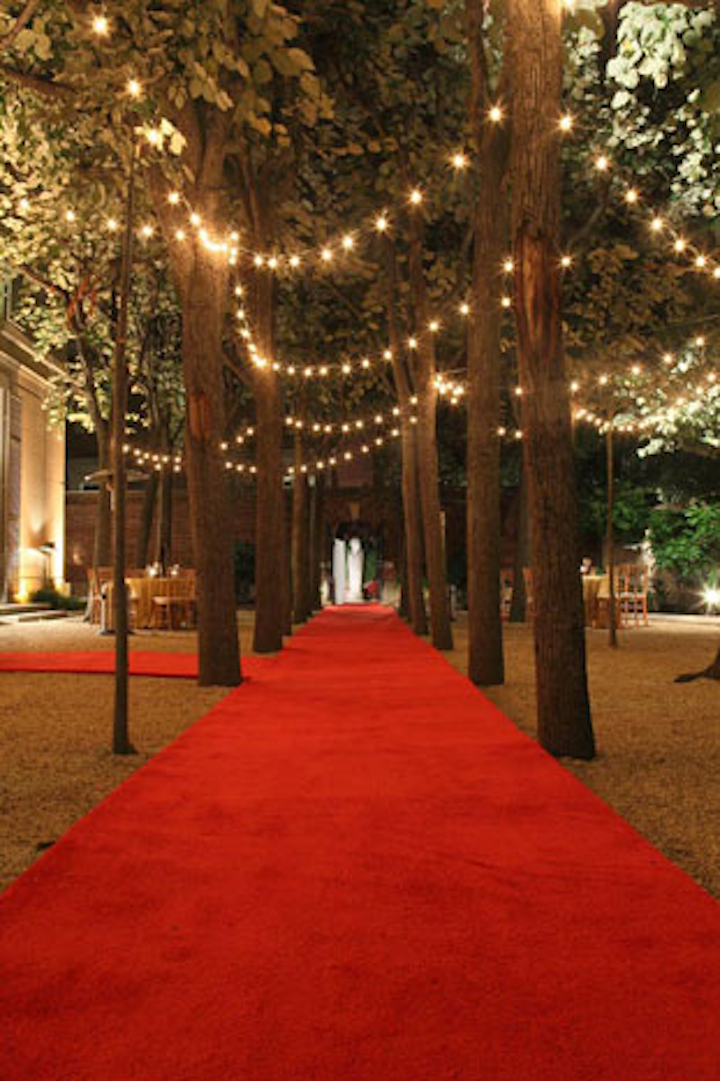 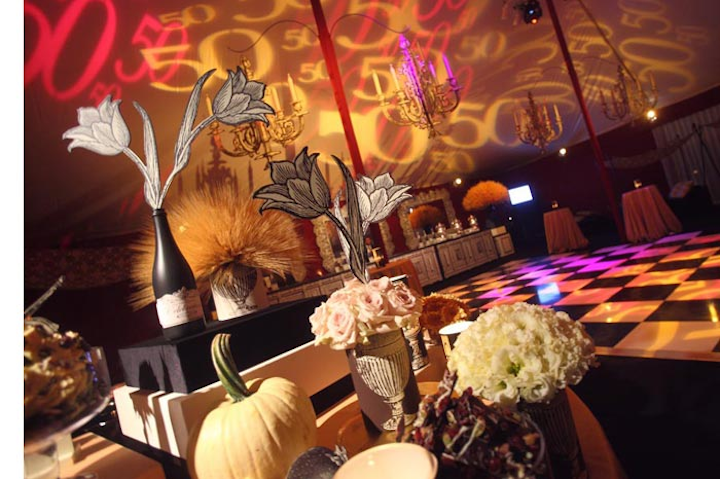 Stark's whimsical design could be found in the trompe l'oeil theme that included printed flowers and a host of vases, ranging from painted champagne bottles to round containers with antiques vase pictures affixed to them.
Photo: Tony Brown/Imijination Photography for BizBash 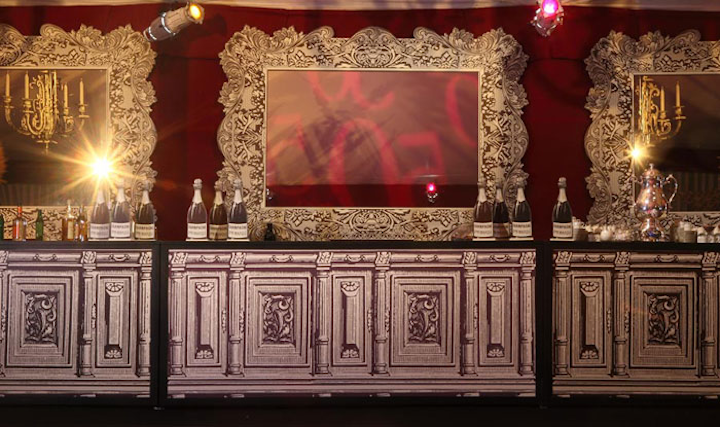 The trompe l'oeil theme extended to the bars in the outdoor tent, which had intricately designed prints attached to their mirrors and fronts.
Photo: Tony Brown/Imijination Photography for BizBash 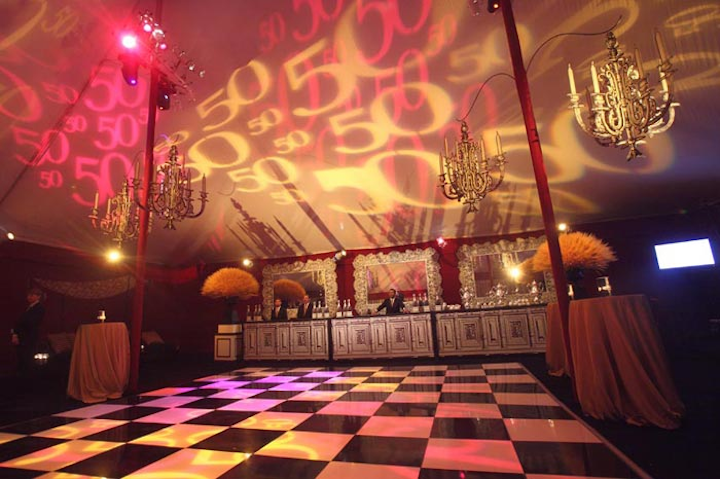 Frost Lighting illuminated the outdoor dancing tent with a host of "50" gobos to celebrate the center's anniversary.
Photo: Tony Brown/Imijination Photography for BizBash 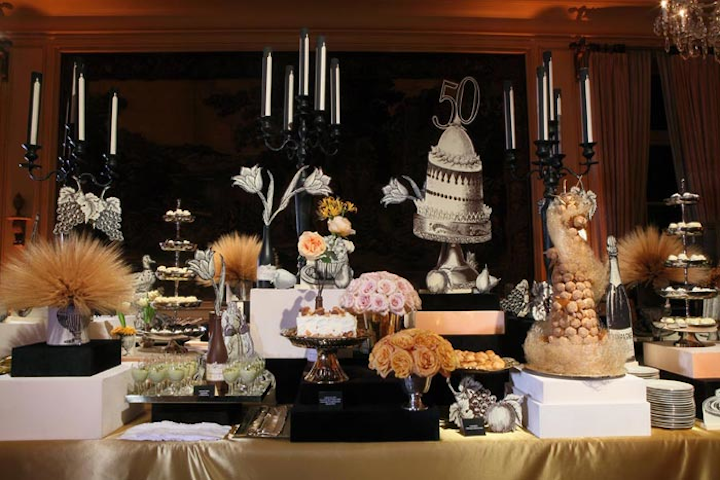 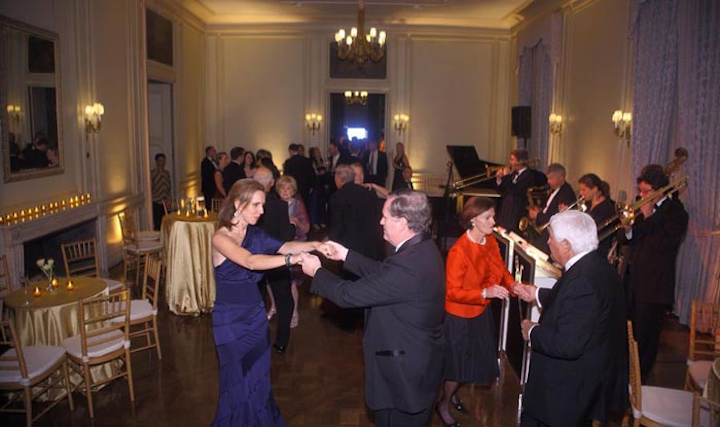 Attendees inside danced to the music of the Eric Felten Jazz Orchestra.
Photo: Tony Brown/Imijination Photography for BizBash 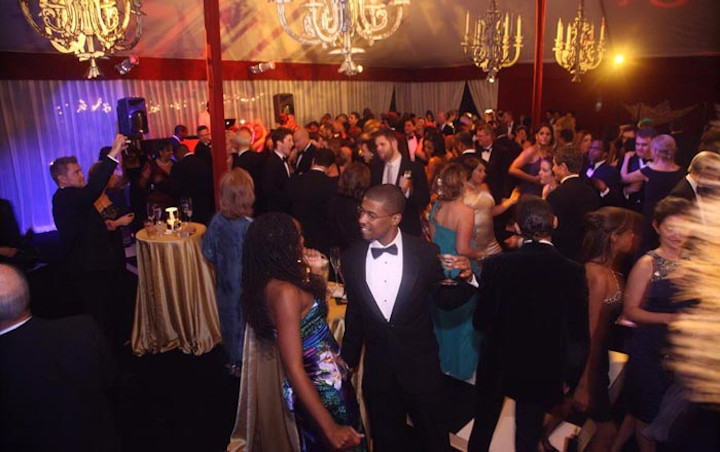 DJ Patrick Mondjo spun hits from the '50s to today inside the tent.
Photo: Tony Brown/Imijination Photography for BizBash
More in Social Events