This week's roundup includes a D.I.Y. gin spritz wall at Bombay Sapphire's interactive pop-up bar in Toronto; Andy Warhol-inspired poppy centerpieces to celebrate the opening of a new retrospective at the Whitney in New York; a vintage typewriter installation created by Mr. Brainwash to support a head and neck cancer nonprofit in New York; and live fish tanks at the entrance area of the premiere of Amazon's Homecoming in Los Angeles. 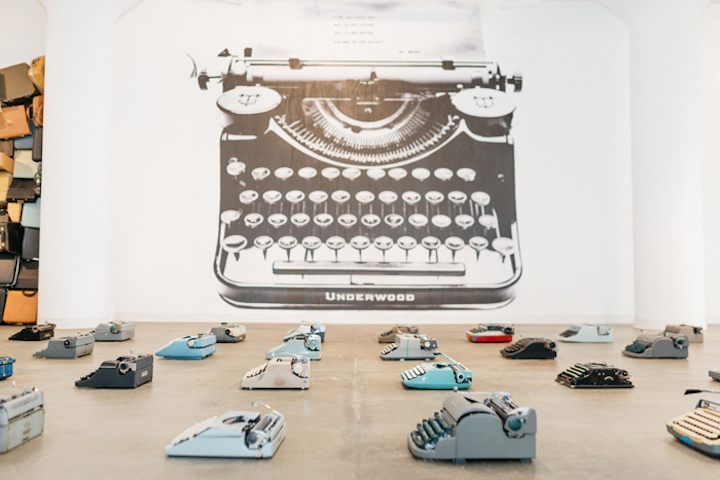 It’s A Thing, a head and neck cancer nonprofit founded by Nicola Stephenson—president of experiential branding and communications agency Troika/Mission Group—held its first interactive exhibition and fund-raiser at RXR Realty’s Starrett-Lehigh Building October 24 to November 15. The organization partnered with street artist Mr. Brainwash, who curated more than 100 custom pieces of artwork for the exhibit. One installation showcased rows of vintage typewriters, which spool pages with words and phrases typed by attendees. Each piece of artwork created by Mr. Brainwash was intended to celebrate body functions made possible by the head and neck. 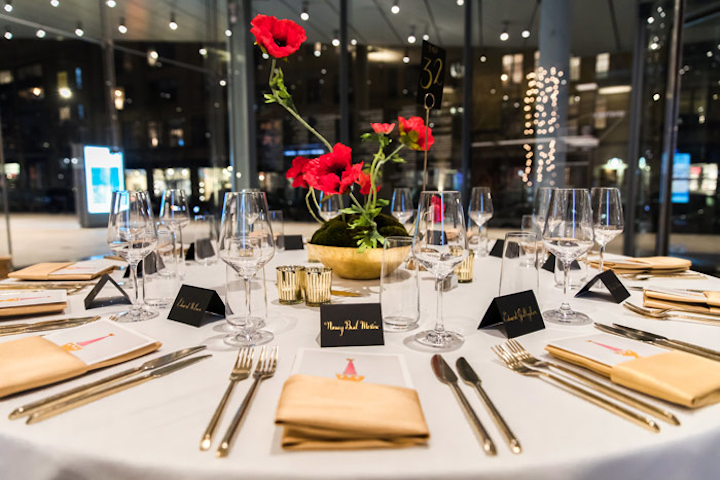 "Andy Warhol—FROM A to B and Back Again," a retrospective of the Pop Art pioneer, opened at the Whitney Museum of American Art in New York on November 12. For the exhibition’s opening party, Tinsel Experiential Design created minimalist poppy centerpieces as a nod to Warhol’s flower Pop Art series. The exhibition will be on display through March 31, 2019.
Photo: Courtesy of Tinsel Experiential Design 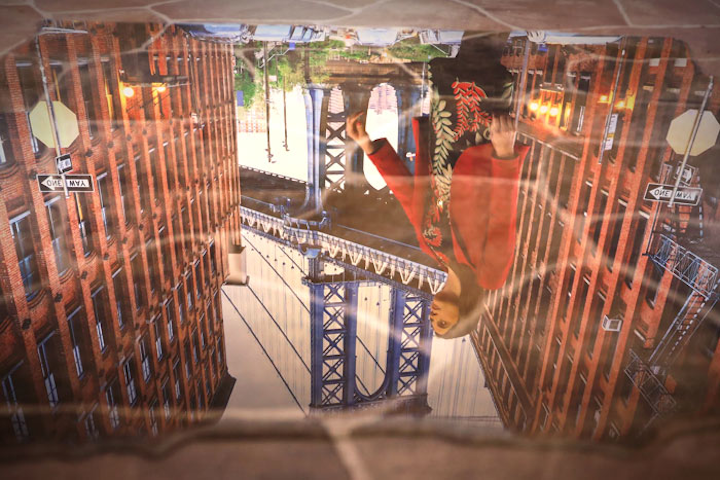 Canon is hosting a pop-up photo experience for consumers through November 18 at a vacant space in SoHo. With the help of experts, the camera brand is letting guests use cameras to take photos of themselves and others at various photography setups. One station features a massive photo of the Manhattan Bridge from the street in Dumbo in Brooklyn. Using Canon technology and an app that attendees can download, a person can take a photo of themselves that is reflected onto the floor, which has a surface that creates the illusion of a puddle. Canon partnered with Grey and the Taylor Group to produce the experience. 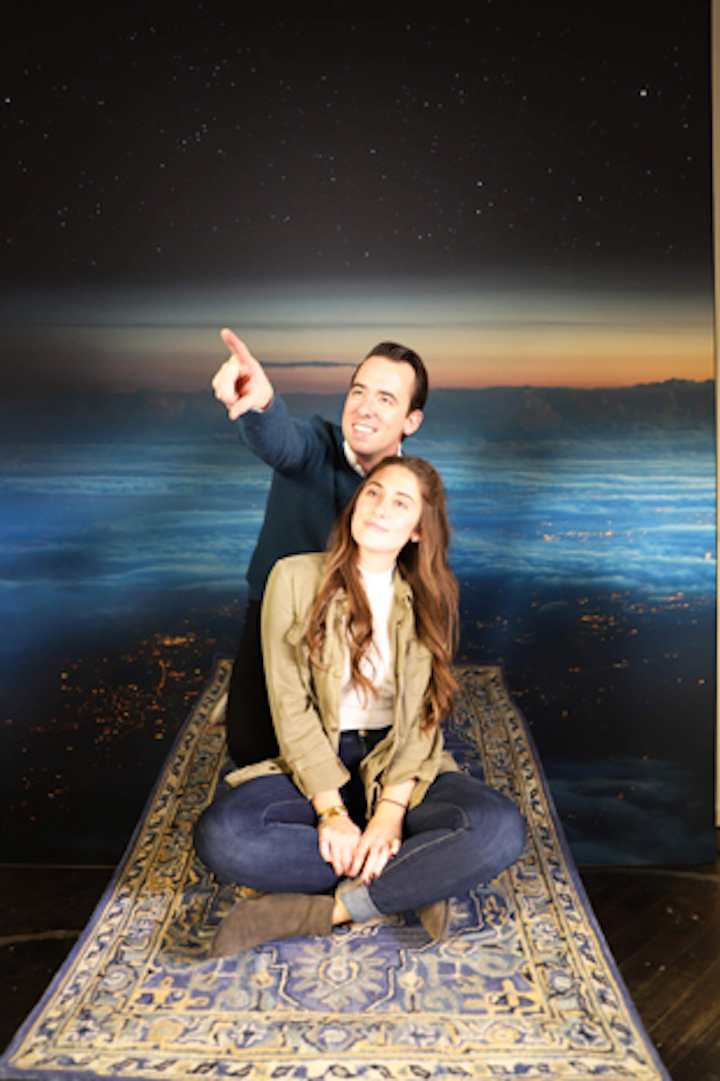 Another photo op invites guests to pose as if they were flying on a magic carpet. The experience will also take place in Los Angeles from November 29 to December 16. 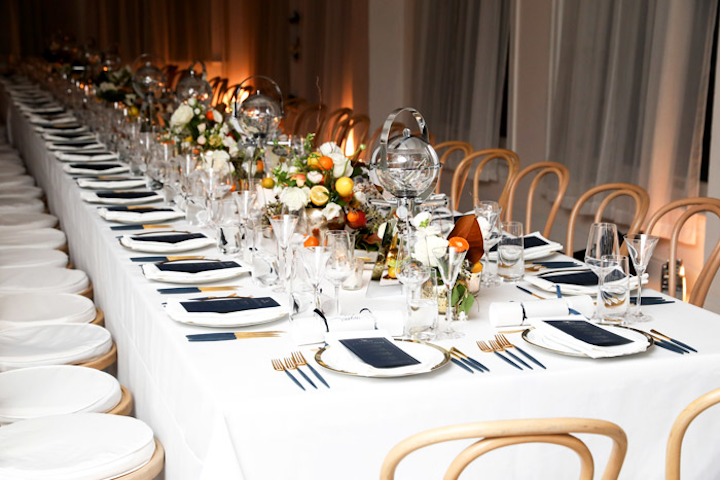 Grey Goose held a dinner to celebrate the release of Grey Goose La Fontaine, a limited-edition martini fountain, on November 14 at Gary’s Loft in Manhattan. The dinner table featured centerpieces created with florals, fruits, and vegetables, and also showcased the new spherical martini makers, which guests could use. The event was designed by Vanessa Traina. 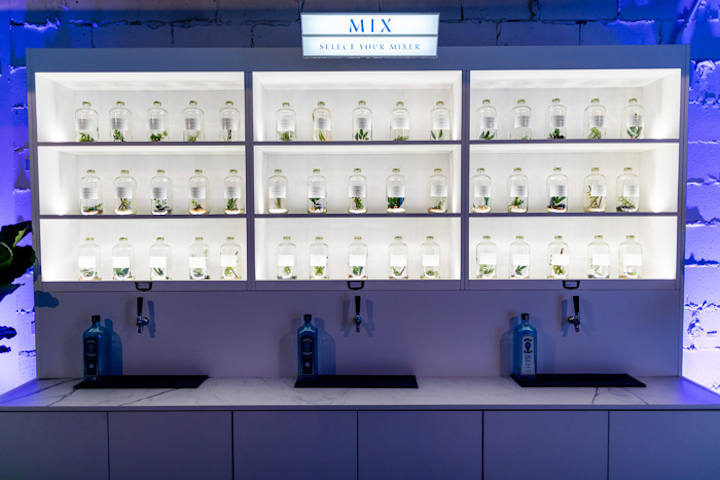 Bombay Sapphire is hosting an interactive pop-up cocktail bar through November 25 at a vacant space in Toronto. Guests are invited to make their own gin cocktails by stopping at D.I.Y. stations. One station is a mixing wall, which offers three infused tonics for guests to pour from built-in fountains. Ingredients, which are displayed in labeled jars, change weekly. 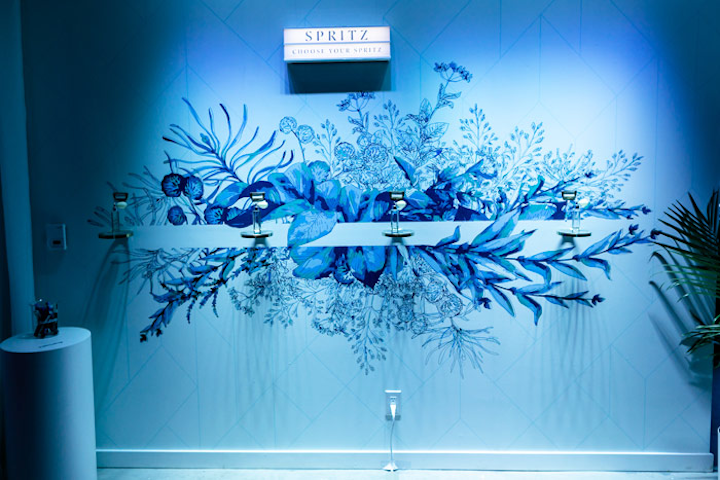 Another station is the spritz wall, where attendees can add extracts such as lemongrass, cassia, bergamot, and edible glitter. 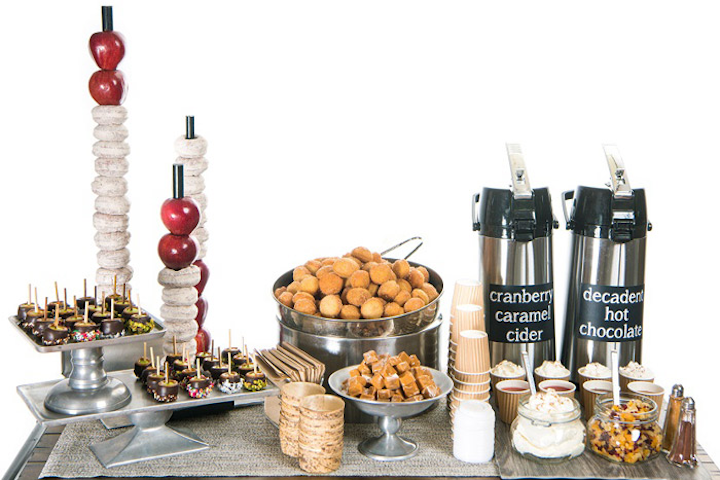 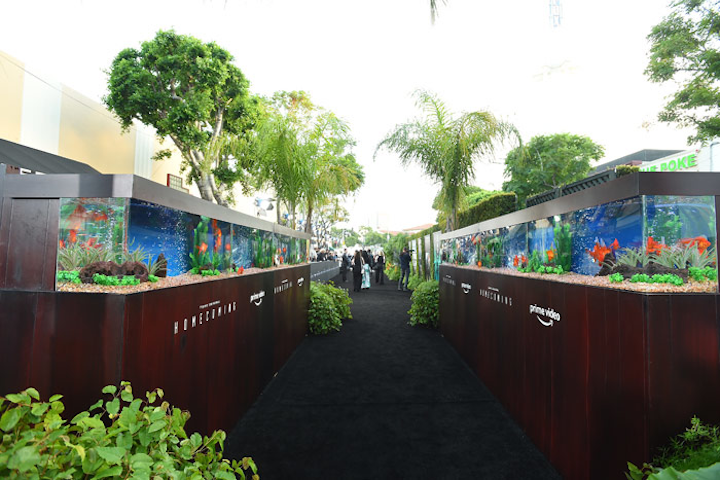 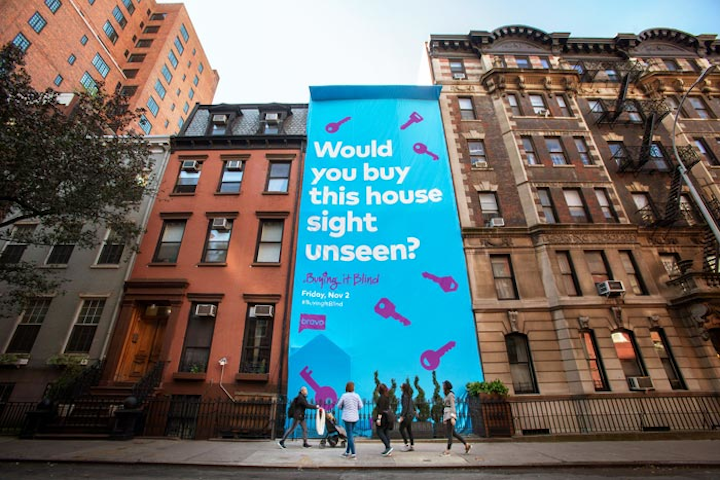 To promote its new reality series Buying Blind, which follows six couples who buy houses without actually seeing them, Bravo created a series of eye-catching stunts in November in New York (pictured), Los Angeles, and Chicago. Three existing homes in high-traffic areas were covered in colorful packaging that asked, “Would you buy this house sight unseen?” The wrapped houses, which are actually on sale, were also advertised on Zillow and Trulia. 360i and the Bait Shoppe worked on the promotion.