Chicago’s 100-year-old Blackstone Hotel reopened on March 6 after a $128 million renovation under Sage Hospitality Resources. Considered an official Chicago landmark and still referred to by its historic name, Blackstone Hotel is now operated under the Marriott International Renaissance Hotels. The 23-story building made room for 13,230 square feet of meeting space, a health club, a business center, and a street-level Starbucks. Original structures including sconces, chandeliers, and the hotel’s terra-cotta exterior have all been restored, while other areas, including 328 guest rooms and four suites, underwent a complete transformation. Blackstone’s original theater, for one, is now upscale tapas restaurant Mercat a la Planxa. The hotel’s historic charm trickles into meeting rooms like “the Barbershop,” where distinguished men once went for a shave and a trim.Overlooking Lake Michigan on Wacker Drive, Swissotel Chicago is making room for more lavish appointments to its already luxurious locale and 632 guest rooms. After revamping its 42nd-floor penthouse fitness center, the hotel’s $47 million renovation includes meeting and conference expansions (think an additional 30,000 square feet of space). As it nearly doubles in size, Swissotel’s new event amenities will feature a 15,000-square-foot ballroom designed to accommodate as many as 1,500 guests. The pillar-free ballroom will make the most of open space by offering a 17-foot ceiling. Swissotel’s new meeting and conference space is slated to open in June 2009.

Thirty years after its inception, the Chicago Marriott Downtown Magnificent Mile revealed its $36 million dollar makeover in June. Marriott’s 46-story building, which includes 1,198 guest rooms and suites, now boasts a reinvented lobby with a media zone, including six plasma TV screens and an illuminated sculpture that extends toward the lobby’s ceiling. In addition, guests can grab coffee at the lobby’s Starbucks while they network at one of the communal tables. All meeting rooms and ballrooms on four floors were also redesigned, adding 16,000 square feet of new meeting space to include a new 4,000-square-foot ballroom.

The old Fitzpatrick Hotel, tucked around the corner from Chicago’s Magnificent Mile, has been transformed into the upscale Affinia Chicago. The hotel’s multimillion-dollar renovation, completed in March, includes an updated contemporary look for its 215 guest rooms and public spaces. In addition to numerous banquet halls and conference rooms, Affinia offers catering services for as many as 100 guests. Specialty menus are crafted by New York chef Marcus Samuelsson of Affinia’s modern seafood restaurant, C-House, which opened in June. The hotel’s new rooftop bar, C-View, is located on its 29th floor and has a small selection of wine, beer, classic cocktails, and signature drinks. The bar has no kitchen, but offers a light menu of hors d’oeuvres for events and parties for some 70 guests.

Correction: This story has been updated to correct the size of the Chicago Marriott Downtown Magnificent Mile's meeting space. 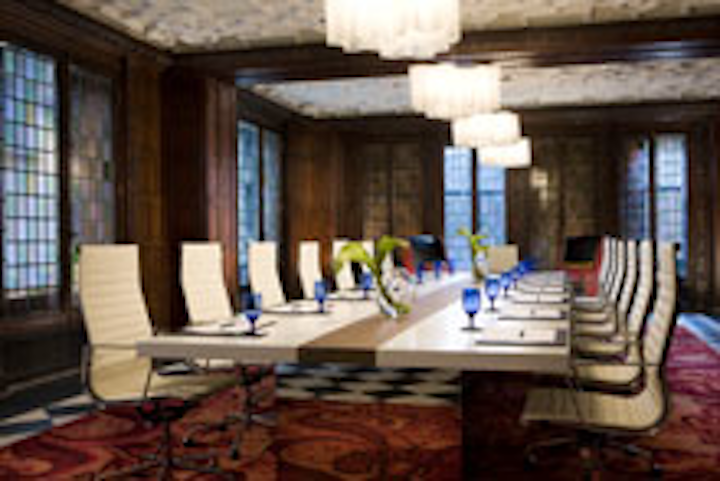 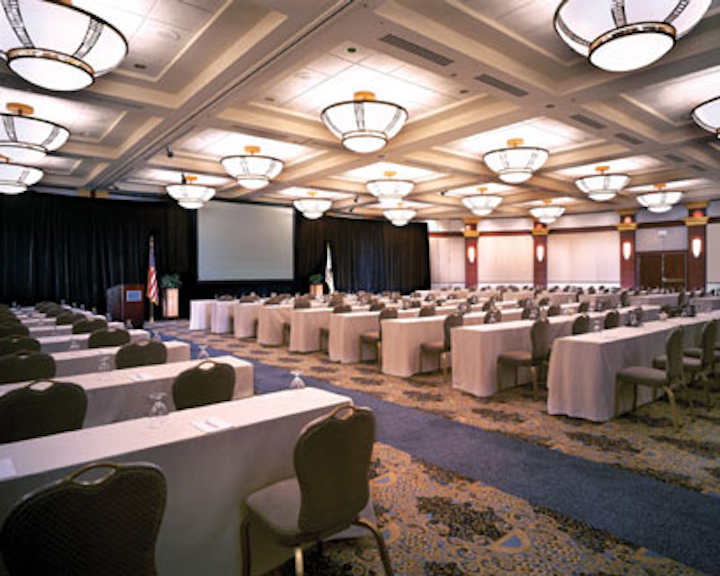 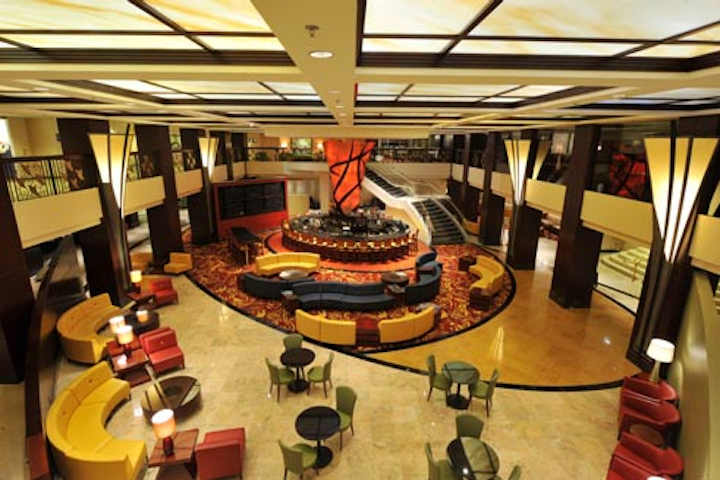 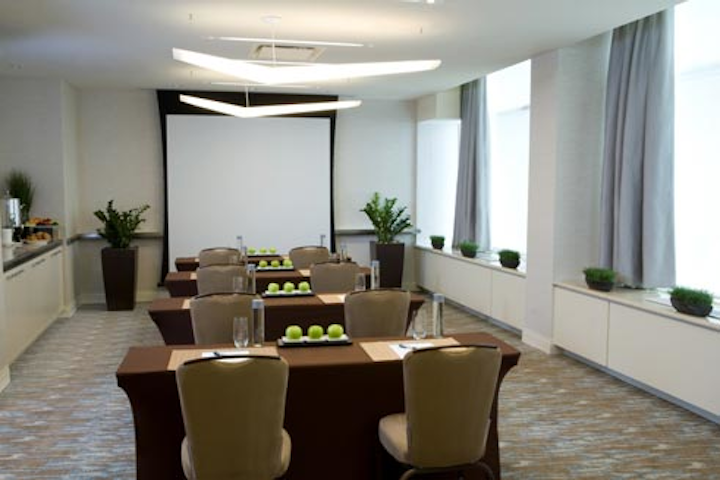 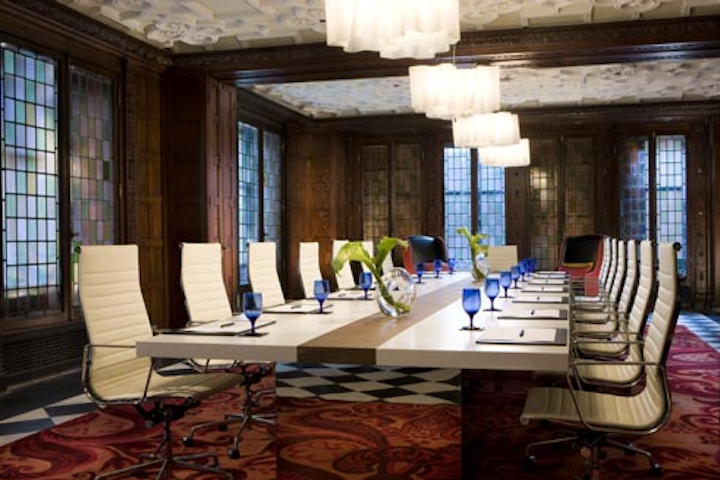