1. Orange Bowl
The Florida Gators beat the Virginia Cavaliers 36-28 in the 2019 Capital One Orange Bowl in front of 65,157 people at Hard Rock Stadium. The halftime performer was Gavin DeGraw, and for the first time, he also performed at the bowl’s Fan Fest. Next: January 2, 2021 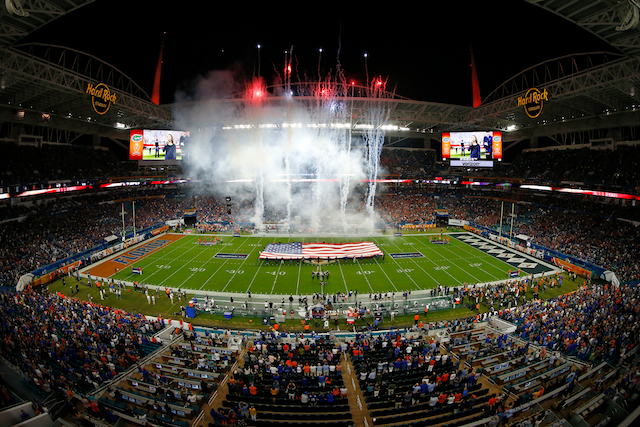 2. Miami Open
Always a highlight on the professional tennis circuit, the Miami Open will not take place in 2020 after Miami-Dade Mayor Carlos A. Gimenez declared a state of emergency because of the threat of coronavirus and suspended the tournament’s operations. However, tournament organizers have already scheduled dates for 2021. In 2019, the tournament moved to a new venue, Hard Rock Stadium, where Roger Federer and Ashleigh Barty won the singles titles. Next: March 22-April 4, 2021

3. Ford Championship Weekend
Consisting of three races, Nascar’s Ford Championship Weekend took place in November as Nascar’s final race of the season, with Kyle Busch winning the Ford EcoBoost 400. The championships were slated to move to March for 2020; however, the race was postponed and may be canceled in the wake of coronavirus. The 2020 race weekend was to mark the 25th anniversary of the Homestead-Miami Speedway. Next: March 2021

4. Honda Classic
Sungjae Im of South Korea won the 40th edition of the Honda Classic, held at PGA National Resort in Palm Beach Gardens. More than 200,000 spectators attended the tournament, surpassing the previous year’s attendance. The course featured more than 350,000 square feet of public and private structures that housed more than 20 activations. New this year was Nicklaus Neighborhood, a family-friendly venue presented by Nicklaus Children’s Hospital behind the 18th tee. Next: March 15-21, 2021

5. Miami Marathon
The 18th Life Time Miami Marathon sold out for the first time in five years, with 3,067 racers entering the marathon and 15,426 for the half marathon. Participants came from 83 countries and all 50 states for the race, which was run two weeks later than usual to accommodate Super Bowl LIV in Miami. Next: January 31, 2021

6. U.S. Open Polo Championship
The U.S. Open Polo Championship is the culmination of the Gauntlet of Polo tournament series, held at the International Polo Club Palm Beach. The championship has the largest purse, at $250,000, but the same teams can play in all three tournaments. If a team wins all three, they are awarded a $500,000 bonus—which Pilot polo team did in 2019, winning a total of $1 million. The final aired on CBS and drew 4 million household viewers, while there were nearly 270,000 live stream viewers on USPA Polo Network over the course of the series. The 2020 championship has been suspended because of the coronavirus. Next: April 2021 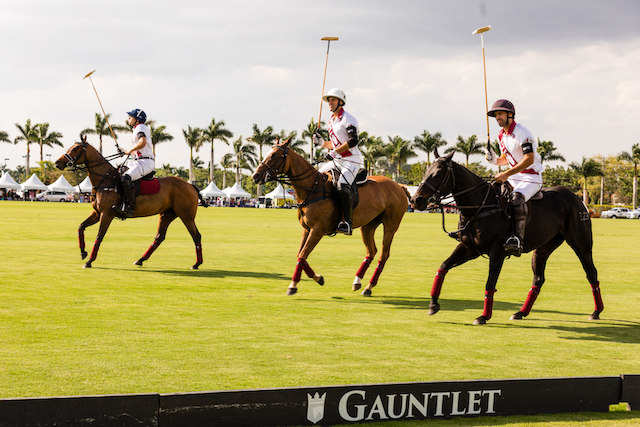 7. Longines Global Champions Tour Miami Beach
Now planning its sixth edition, the American Invitational is part of the Longines Global Champions Tour Miami Beach, which brings top horses and riders to a temporary arena on the sands of Miami Beach for the show jumping series. Belgian Pieter Devos won in 2019 in front of about 12,000 spectators. Next: Due to the COVID-19 outbreak, the next event—originally scheduled to have taken place April 1-4, 2020—has been rescheduled to a date yet to be set at the time of press.

9. Miami Heat Family Festival
Like many other springtime events, the family event sponsored annually by the Miami Heat has been postponed in 2020 because of the coronavirus. Presented by Carnival Foundation, the 23rd edition of the festival was to take place at Mana Wynwood and feature Heat players and coaches as well as DJ Irie, the Miami Heat Dancers, Burnie the mascot, and others. The event is a ticketed fundraiser for the team’s charitable foundation. Next: March 2021

10. Model Volleyball
Model Volleyball, in which modeling agencies compete against each other in a beach volleyball tournament, celebrated its 11th annual tournament in 2020. Held on Miami Beach, the two-day event drew about 15,000 spectators, including celebrities like Flo Rida. New title sponsor Bang energy drink joined returning sponsors including iHeartRadio. The tournament expands to New York City in June and will return to Los Angeles in October. Next: February 13-14, 2021 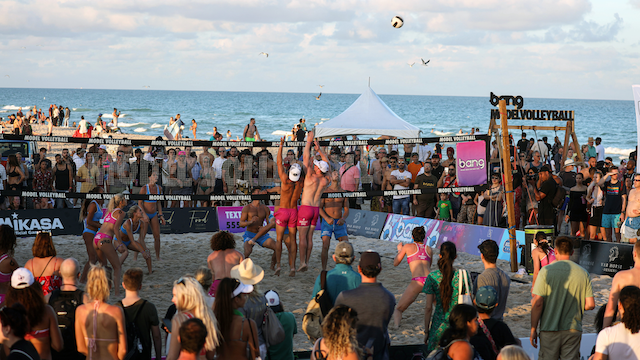 11. New to the List: Jimmy Johnson Billfish Championship
With boundaries that stretch from Fort Lauderdale to Key Largo, the two-day Jimmy Johnson Billfish Championship sportsfishing tournament is part of a five-day stretch of events that started in 2012. The tournament boasts the richest guaranteed purse—at least $1 million-plus more for other contests during the week—and in 2020 drew nearly 100 teams. This year it was headquartered at the Seminole Hard Rock Hotel & Casino, which was the site of the 1,400-person closing award party featuring the namesake Pro Football Hall of Fame coach. Next: March 2021