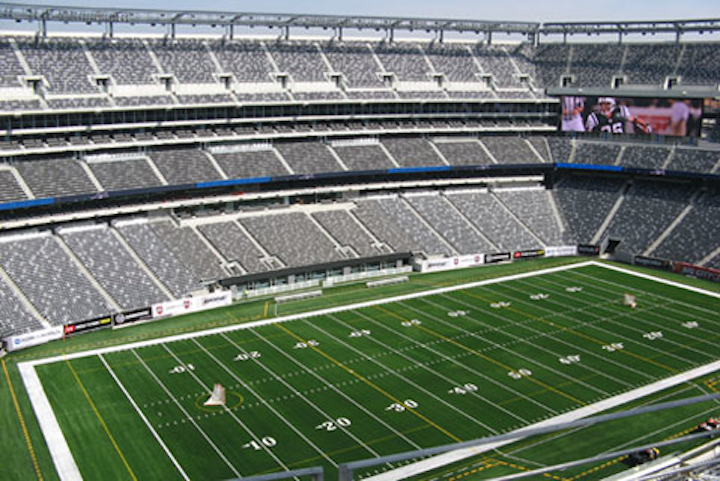 The new field at the new Meadowlands Stadium

Yesterday, the National Football League announced New York and New Jersey's new Meadowlands Stadium as its choice to host the 2014 Super Bowl. The venue beat out bids from Tampa and South Florida to make the 2014 game the first to played outside in a cold-weather locale.

For the first time in history, the Super Bowl Advisory Committee waived the 50-degree weather requirement for open-air venues to highlight the new $1.7 billion, 82,500-seat home of the Giants and the Jets. The stadium had been considered a long shot, but in recent weeks, the amenities of the venue and nearby New York City made it a front-runner.

Depending on the 2013 season, the game will take place on either February 2, 9, or 16, and bring an assortment of parties and promotional events.