What's In Store for Next Year's Super Bowl in New York 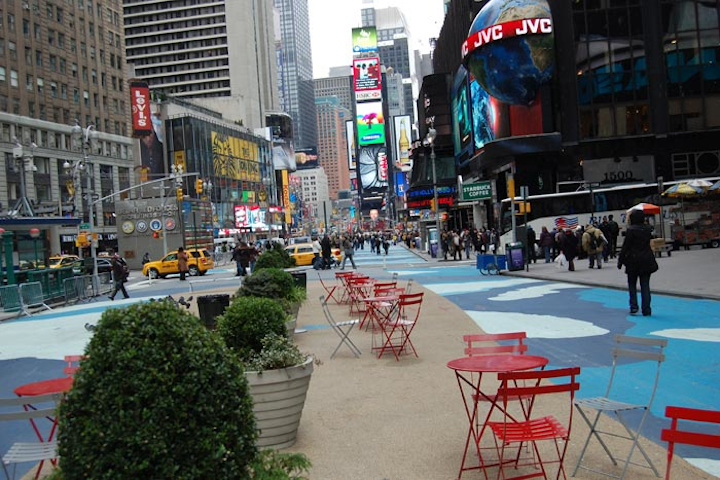 With Super Bowl XLVII in New Orleans now over, attention turns to the New York metro area, where the game will make history as the first Super Bowl in the Northeast and the first in an open-air venue in a cold-weather city. The N.F.L. championship is scheduled to be played February 2, 2014, in front of 80,000 fans at MetLife Stadium in East Rutherford, New Jersey.

The region isn't unfamiliar with hosting big events—just not something of this magnitude, according to Al Kelly, president and C.E.O. of the NY/NJ 2014 Super Bowl Host Company. Events such as the 2004 Republican National Convention and the annual U.S. Open tennis tournament may be the best comparisons, he says, but the Super Bowl is an event with few peers. The host committee estimates an economic impact of more than $550 million, and there are literally hundreds of official and unofficial events tied to the game.

One of the biggest events, and one that will reach the most people, is the Super Bowl Boulevard, a stretch of Broadway from Times Square to Herald Square that will become a free fan fest from January 29 to February 1. Details of the activities have not been released.

"It will be somewhat hard to avoid the game is here," Kelly said. "In terms of the amount of activities and sheer amount of money spent by sponsors or the like, there is nothing like it."

Kelly spent all of last week in New Orleans, busy with meetings and venue site inspections "to get a sense of what the more specific needs are and what the layouts look like." Around 120 corporate sponsors arrived in the city on Friday, when his job shifted to hospitality. Kelly said planning for the New York game is on track.

"We have a number of the anchor events in place and the venues named, although there are some things to be announced," Kelly said. "As we move into the last year, we move from a high-level exploratory look at everything to much more specific planning—not just related to events but the logistical aspects of what we do as well, from weather to our volunteer program."

Organizers have been preparing the region to host the event since the N.F.L. awarded it the game in 2010. The host committee and N.F.L. have started announcing major events and in some cases the venues, which Kelly said will start a chain reaction of activity among event planners.

"The N.F.L. and host committee have locked up an awful lot of venues," Kelly said. "Once we make decisions, we will be releasing a lot of those venues from their lockups and they will be looking for people to come in an utilize them. It will set off a race for these other organizations to want to start planning their events. The race has probably begun."

Events will take place in both New York and New Jersey, a nod to the fact that this Super Bowl will be first game hosted by two N.F.L. franchises as well as taking advantage of what each state offers.

Recently announced events include the media party at Chelsea Piers and media day at the Prudential Center in Newark, both on January 28. The Friday Night Party, N.F.L. House hospitality center for business partners, and the N.F.L. Honors show on January 31 will take place in New York at to-be-determined venues. The Super Bowl Media Center will be at the Sheraton Hotel in Midtown Manhattan, and the participating teams will stay at hotels in New Jersey.

Super Bowl Host Committee’s pregame party will take place in New Jersey, as will the postgame parties for both participating teams, all at venues to be announced. The N.F.L.’s Tailgate Party will be held at the Grandstand at the Meadowlands Racetrack.