"Where am I?" and "Why am I here?" are questions that probably didn't cross the minds of the attendees at the launch event for the new Puma store in SoHo. Produced by Christine Courtney Communications and Puma's ad agency, Gyro Worldwide, the brightly colored, heavily branded event made sure the Puma name was constantly on the minds of partygoers.
Past the security and the doorman attired in a vintage 70's Puma sweatsuit, the long, narrow store unfolded with a swirl of bright lights and dancing gobos by MX Works and a pack of guests crowded at the bar. Four women dressed as Puma roller girls (to show off the brand's new 80's-styled Roller Kitty roller skates) carefully navigated around the store with trays of sushi and edamame from Fletcher Morgan Catering.

Other decor touches included bowls of goldfish set atop the clothing and shoe racks and knit Puma caps filled with Chupa Chups lollipops near the bar and registers. Even the coat check girl's tip receptacle was a Puma sneaker filled with bills.

Although guests were promised a live acoustic performance from Phantom Planet (headed by Rushmore film star Jason Schwartzman), the party was too packed--and too loud--to simmer down for a quiet acoustic set. Schwartzman and Christy Turlington, whose Nuala line of yoga gear is distributed by Puma, both made quick appearances that went largely unnoticed by the guests--an ethnically diverse group that spanned older men in suits with younger attendees in tank tops and wind pants--who happily chatted, drank, and browsed the store's offering of high-tech and retro styled athletic goods. 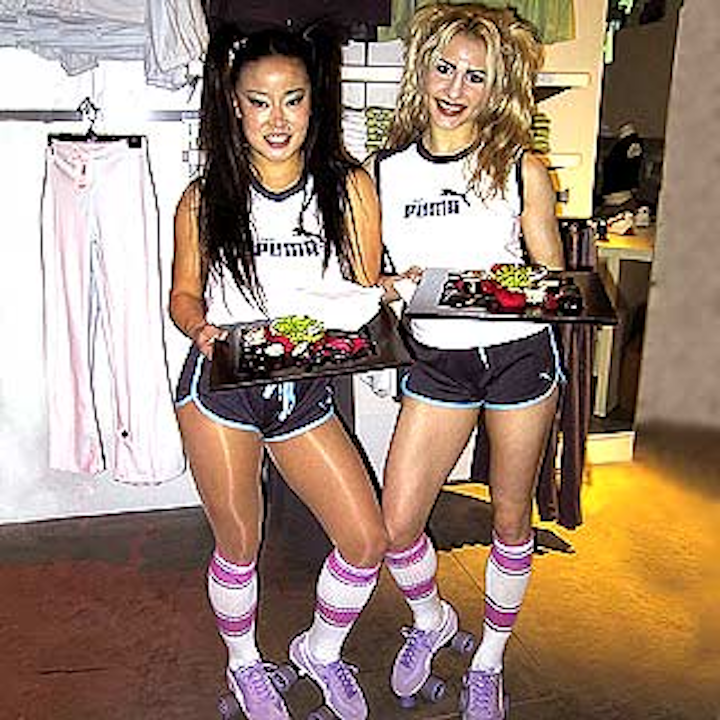 For the launch party of the new Puma store in SoHo, Sheryl Murakami (left) and Emily Jaffe served sushi and edamame in Puma roller girl costumes. 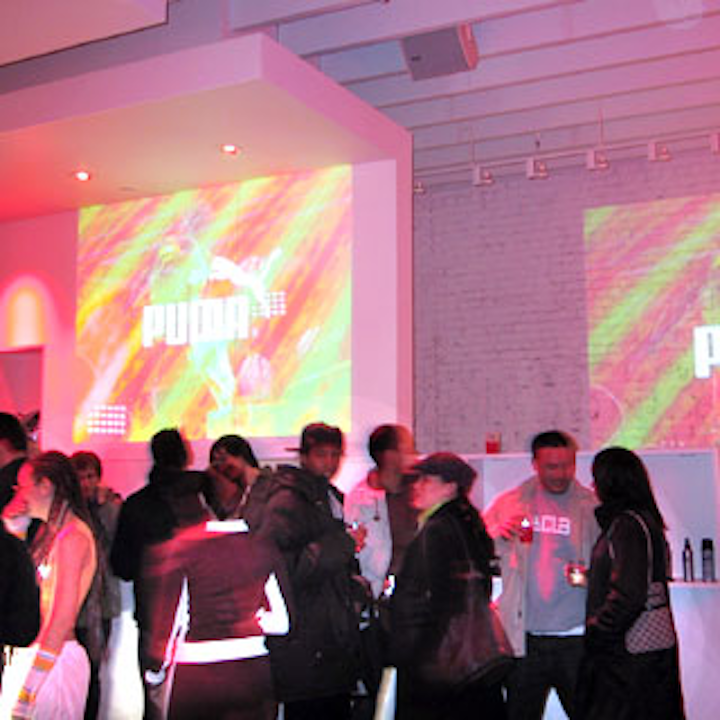 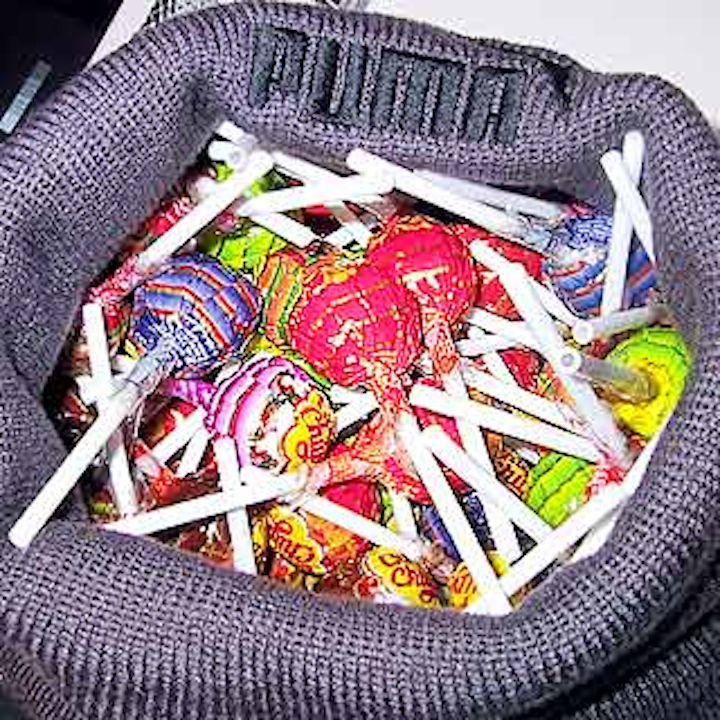 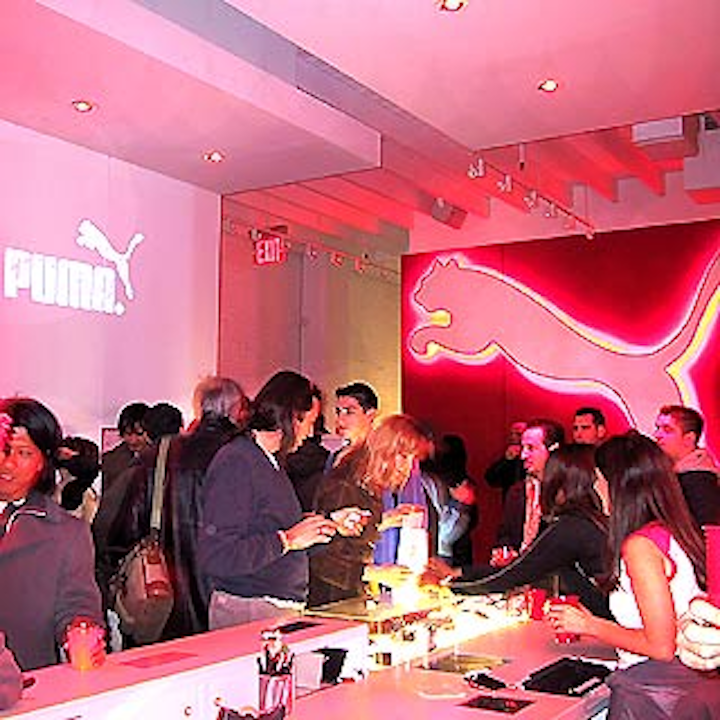 The rear of the store featured the backlit Puma logo and one of MX Works' projection screens.
More in New York City & Tri-State Area