The Supermodel of the World contest at Tunnel offered a stark environment for teenage catwalkers to strut and judges to choose Ford's next rising star.

Amateur catwalkers and people who love to watch them were out in force for Ford Models' Supermodel of the World contest. Nearly 1,000 people filled the newly revamped (and formerly legendary) club Tunnel to watch some of the world's most beautiful teenagers stroll the catwalk.
Katie Ford of Ford Models hired Sasha Alexandre Tcherevkoff, founder and president of Consilium Ventures, to produce the contest for the second year in a row. Consilium coordinated all.phpects of the event, from decor to video, and hired several vendors to help produce the event, including Urban Events and Matthew David Events—both of whom were also involved in last year's contest at the Celeste Bartos Forum at the New York Public Library.

Last year, the decor “was very built out,” says Betsy Pollum, associate producer for Matthew David. “It was more structured because the space demanded it.” This year, she says, “the space [alone] made it very different. It was meant to be as raw as possible. It's more chic.”

For the contest, models entered and exited the runway through doorways branded with the event's red, white, and black logo, and passed by two huge round video screens that, when not playing video clips of the contest, displayed the logo. More than 400 white molded plastic chairs were set up for the judges and guests—although that left the majority standing.

For the after-party, Matthew David created a red, white, and black theme to match the logo. Intimate, loungey sitting areas included futons, banquettes, and ottomans covered in white muslin; each seating area was stocked with its own minibar of sorts—a bottle of Belvedere vodka, orange and cranberry juices, and glasses—so guests could play bartender.

Fittingly, given the model clientele, Urban Events didn't serve any food at the post-contest reception (although it did provide snacks backstage). Instead, it set up several bars and hired 35 caterwaiters to serve drinks like Sofia Minis and Belvedere. 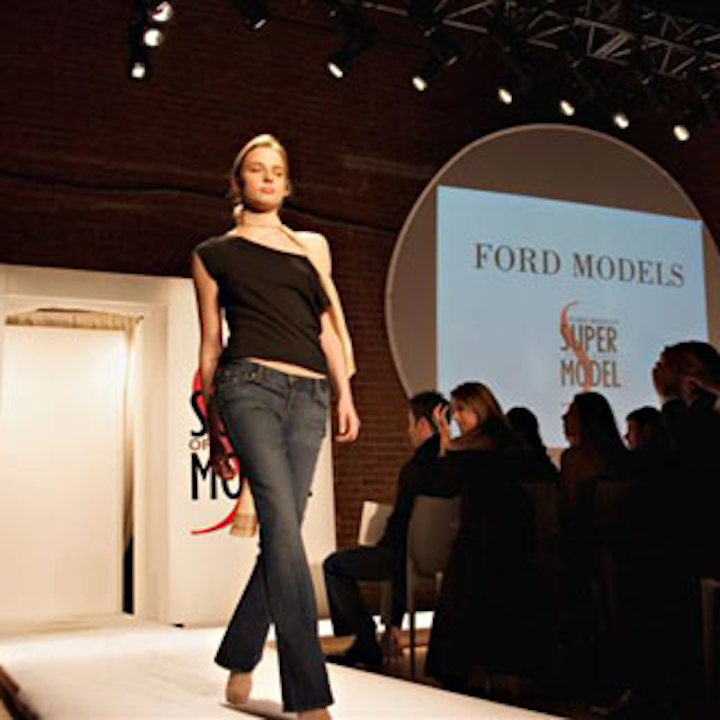 At Ford's Supermodel of the World contest at Tunnel, models strode down a stark white runway with a white backdrop. 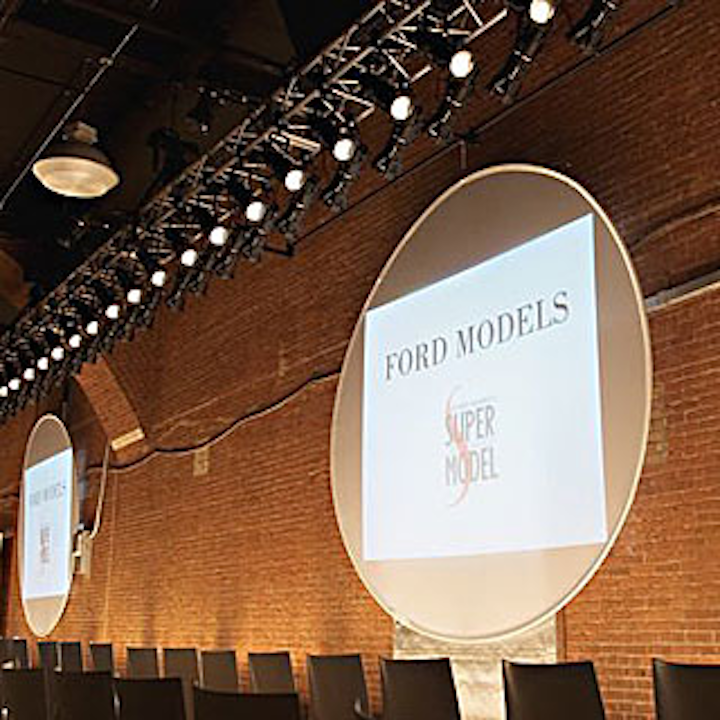 Models entered and exited the runway through doorways branded with the event's red, white, and black logo, and passed by two huge round video screens that displayed the logo. 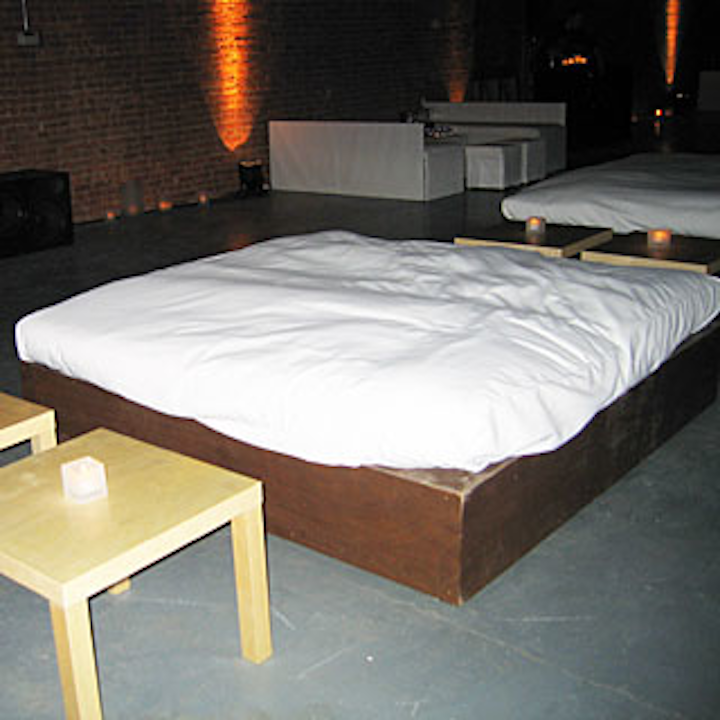 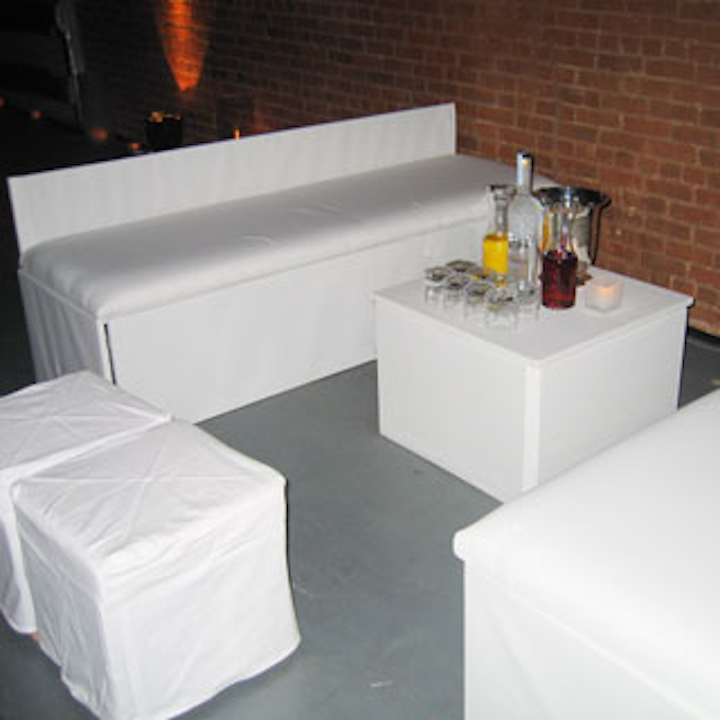