Hordes of guests packed the Waterfront for a dessert party that served as a prelude to next year's Food Network New York City Wine & Food Festival.

Fifteen hundred guests descended upon the Waterfront last Friday for a whole lot of sugary goodness. To mark the coming debut of the New York City Wine & Food Festival (to be held next fall), a massive dessert party dubbed "Sweet" lured members of the public who paid $200 a ticket to sample desserts from some of the city's top restaurants (Jean-Georges, Per Se, Bouchon Bakery, Le Bernardin, WD-50, and A Voce among them) and an array of wines from producers like Ste. Michelle, Mionetto, Francis Ford Coppola, and Lorraine Bracco.

The New York festival is an offshoot of the South Beach Wine & Food Festival, and Lee Schrager, the director of that four-day fest (and events director for Southern Wine & Spirits distribution company), oversaw the party and turned to Karlitz & Company to produce the event. Karlitz's Caryl Chinn, vice president of culinary marketing, and Kate Archer, events director of culinary marketing, produced the project. The company is also producing the New York festival next year. Lauren Muller, the publicist and event planner for the Food Network, also had a hand in the event, ensuring the television brand was well represented. (It had dedicated cocktail areas where guests could pause to feast on the dessert tastings and have drinks.) 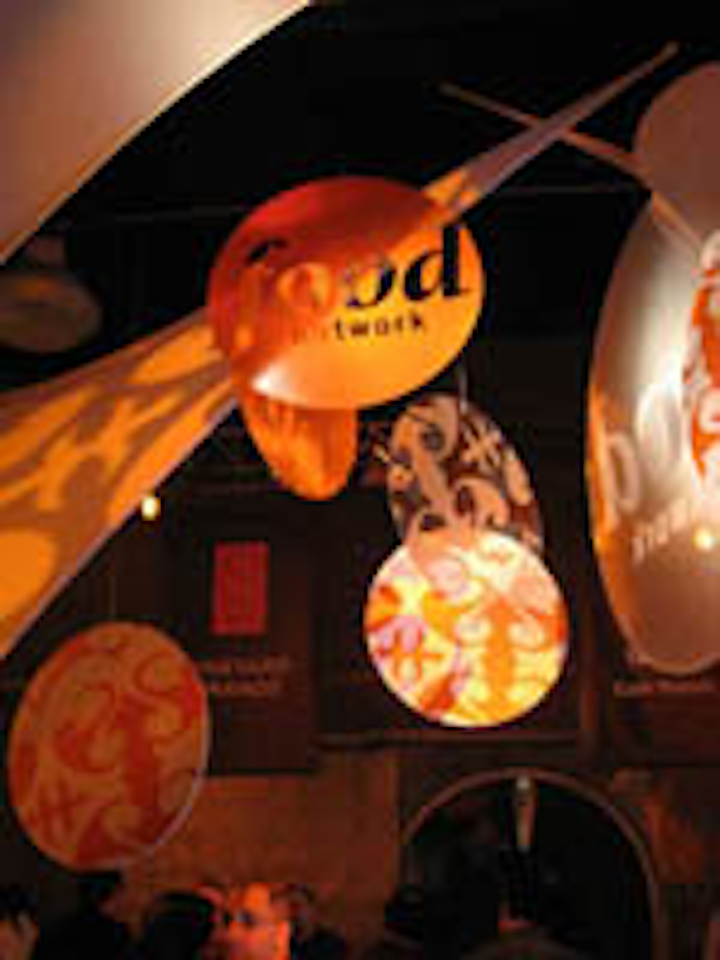 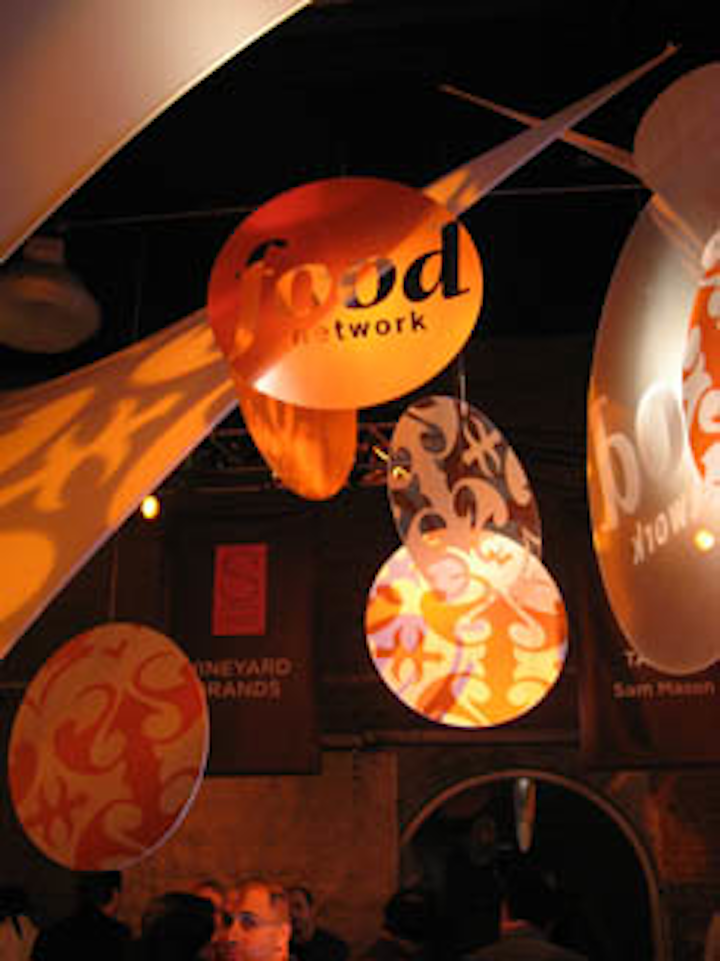 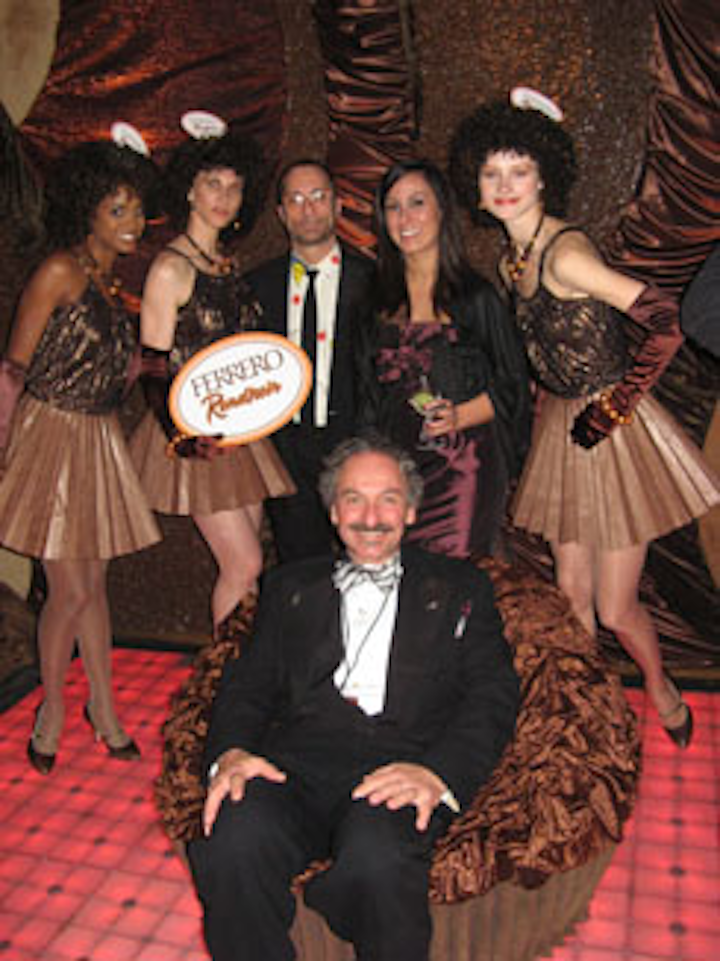 Guests posed with models dressed as Ferrero Rocher chocolates (and sat upon a chocolate-truffle-like bean bag), then received photos to take away.
Photo: BizBash 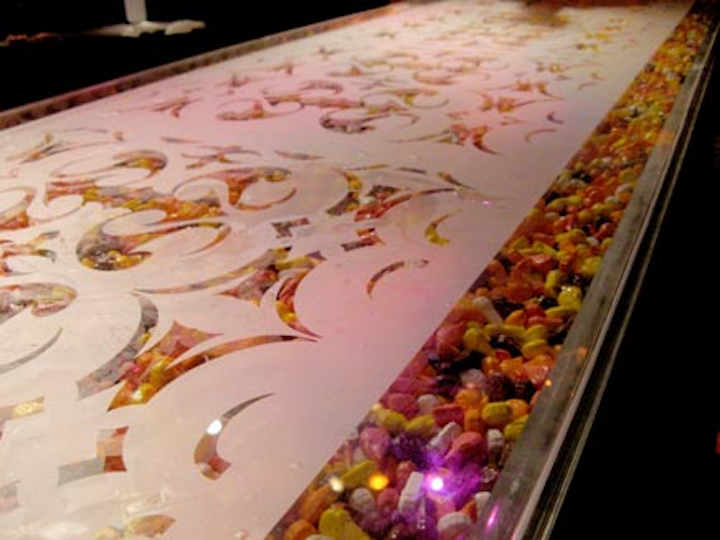 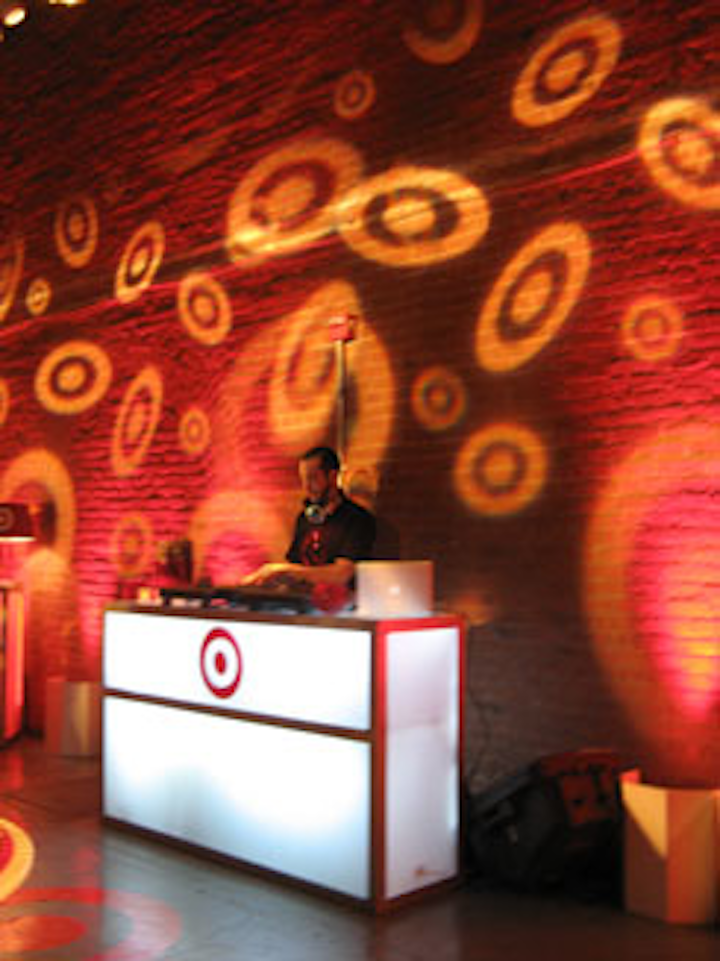 The Target lounge featured DJ Scott Melker, who spun a variety of music, with a good dose of '80s tunes.
Photo: BizBash 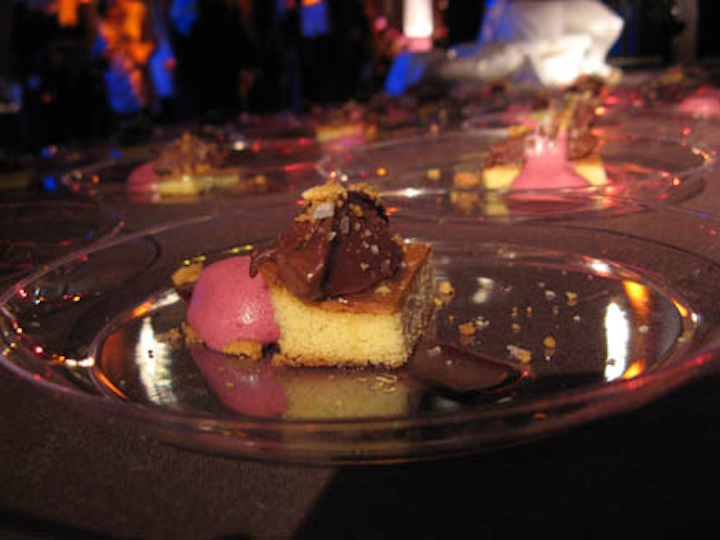 Tuscan olive-oil cake from Pichet Ong's P*ong was served with a scoop of soft chocolate-hazelnut ganache, Concord grape jam, and a dash of salt and pepper.
Photo: BizBash 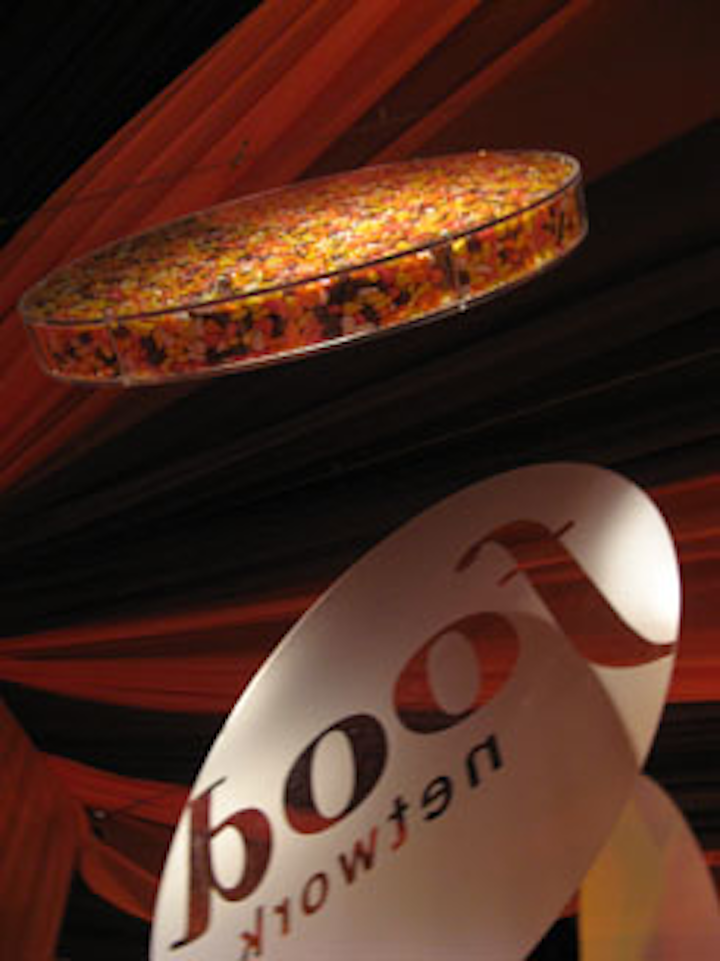 Some of the Food Network's mobiles were filled with candies.
Photo: BizBash
More in New York City & Tri-State Area