The Wrath of Con

Attendance at the fourth annual New York Comic Con grew to 77,000 with the help of major film and television studios.

Fanboys and fangirls flocked to the Jacob Javits Center last weekend to catch glimpses of upcoming films, buy new and rare merchandise, and mingle with their brethren at New York's four-year-old incarnation of Comic Con.

Quickly becoming a venerable rival to it's larger, more established San Diego predecessor, New York Comic Con has grown from 33,000 attendees in 2006 to an estimated 77,000 over it's three day run this month—a 15 percent increase from last year’s attendance. That dramatic growth has been buoyed by more involvement from television and film studios, which debut content and offer exclusive panels.

"They have stepped up to the task of building a state-of-the-art theater for our Hollywood and TV screenings,” Fensterman said in an email. “Studios expect the best, and they have delivered.”

Another key element in managing the congested, fervent crowd is staffing. Supporting Reed’s large on-site staff are a slew of volunteers the company refers to as "heroes." Fans themselves, more than 700 applied to volunteer at the convention this year alone. Reed whittled the applicants down to a team of 300 who help direct traffic in the halls and manage the long lines for some of the more popular panels and screenings.

New York Comic Con is still a few red carpets—and about 50,000 attendees—away from giving San Diego a real run for it's money, but its ability to significantly grow attendance in a year of cutting back across the board illustrates the need it fulfills for East Coast enthusiasts. 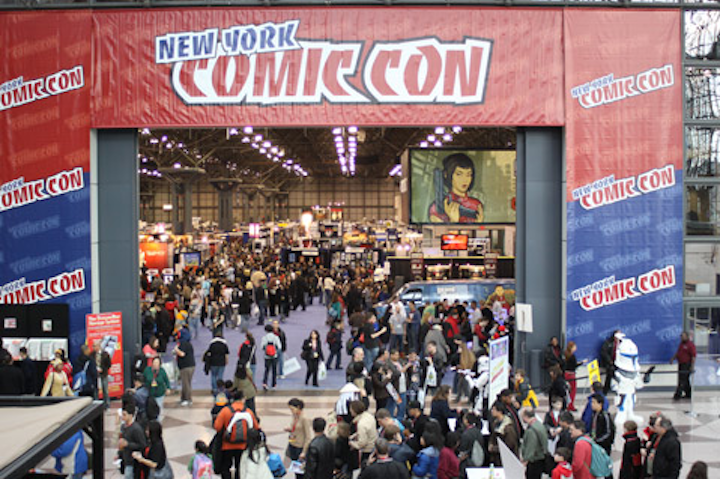 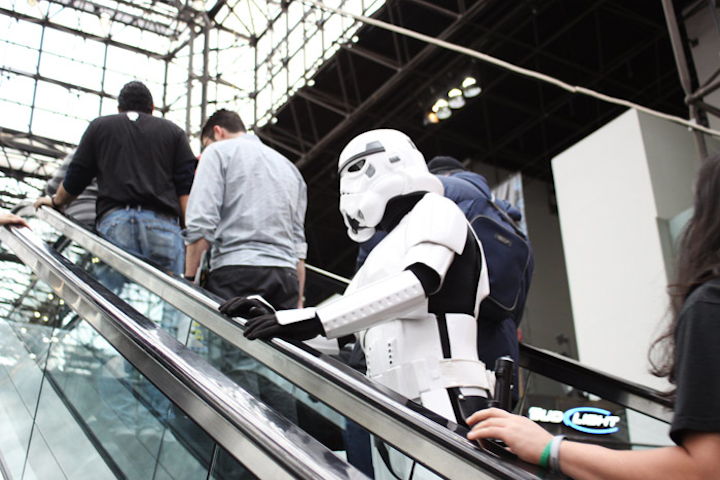 A mainstay of any Comic Con is the swarm of attendees who arrive in full Star Wars Stormtrooper armor.
Photo: Jessica Torossian for BizBash 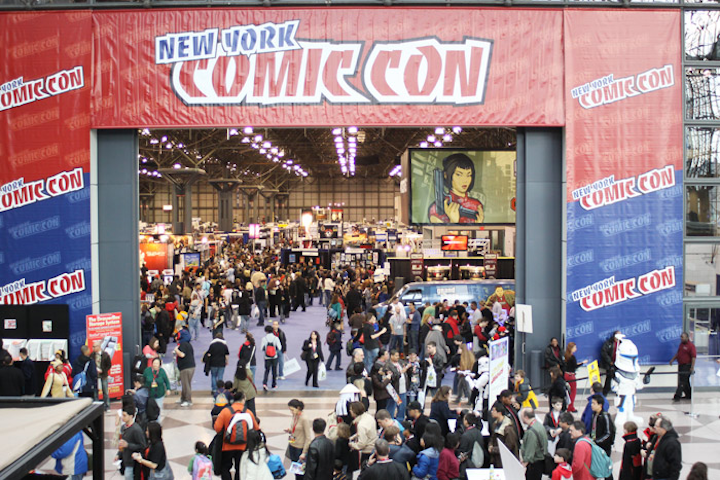 The trade floor saw 77,000 attendees during its run on Friday, Saturday, and Sunday—a 15 percent increase from last year.
Photo: Jessica Torossian for BizBash 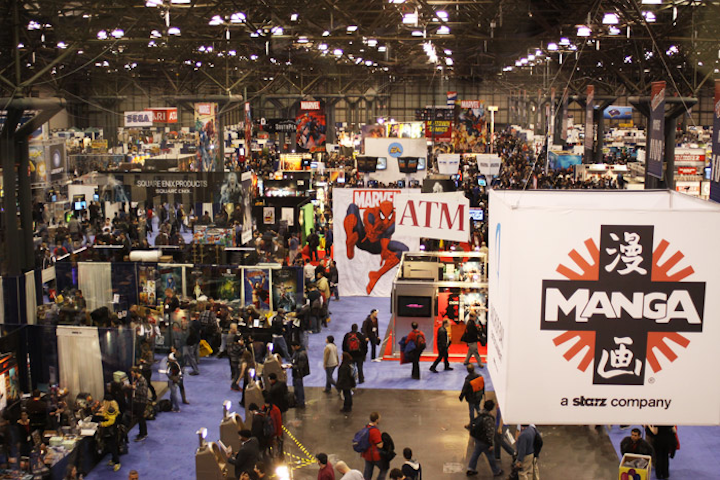 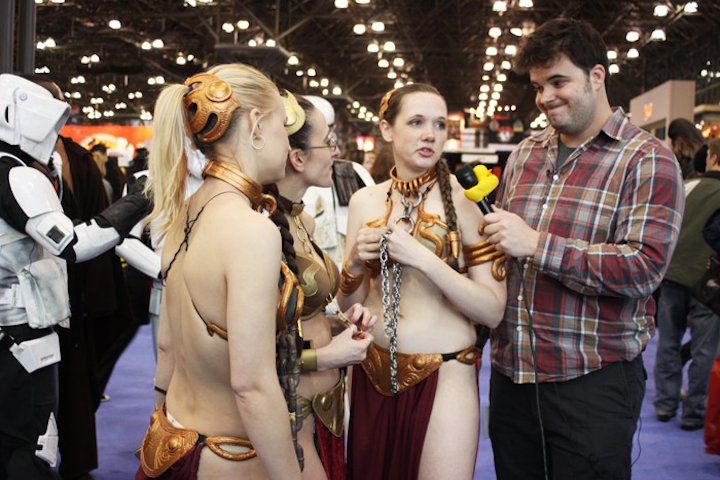 Internet press is no stranger to Comic Con, where hundreds of bloggers with hand-held cameras taking the floor to interview writers, directors, and costumed conventiongoers.
Photo: Jessica Torossian for BizBash 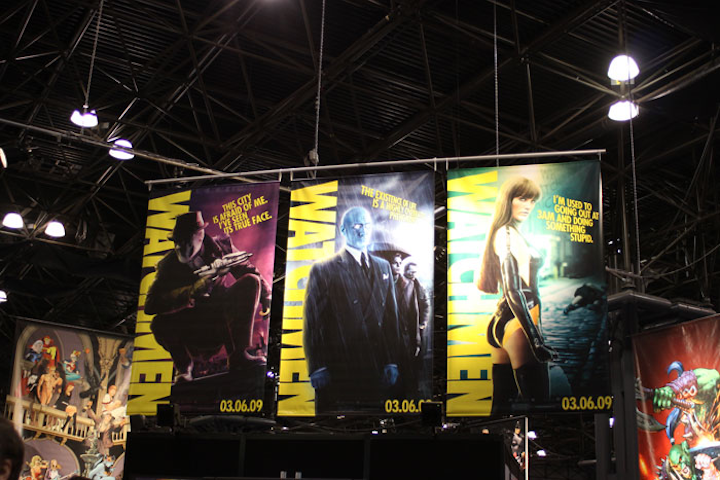 One of the hottest tickets at this year's Comic Con was a screening of 18 minutes of the upcoming adaptation of Watchmen.
Photo: Jessica Torossian for BizBash 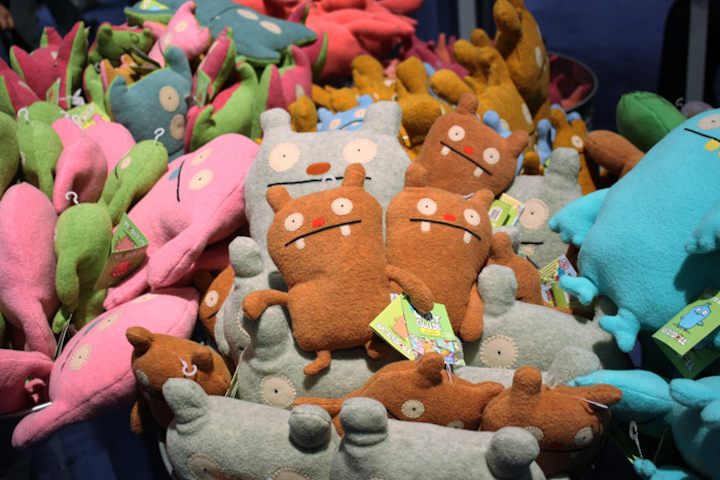 Retailers like Ugly Dolls set up pop-up shops on the show floor and tried to boost interest—and sales—by having creators speak at panels.
Photo: Jessica Torossian for BizBash 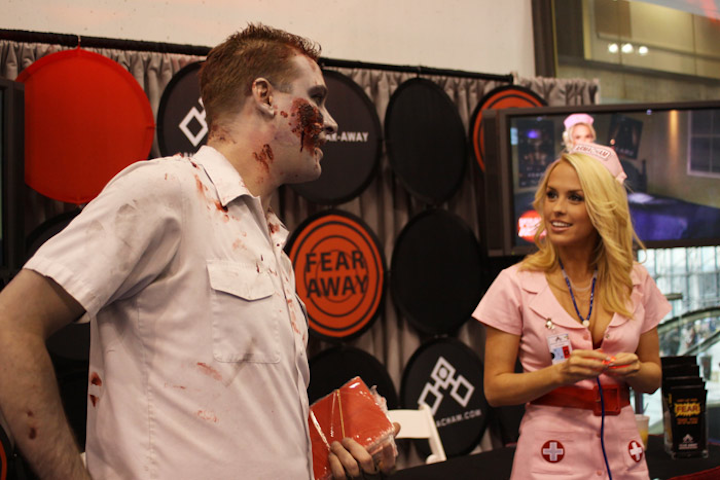 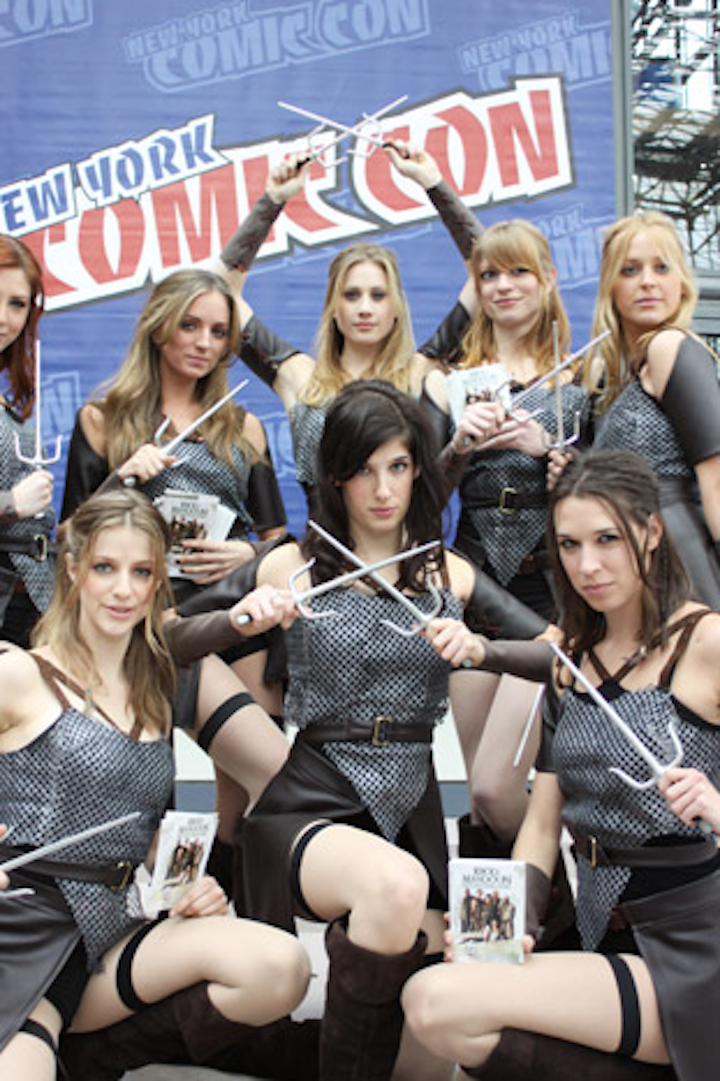 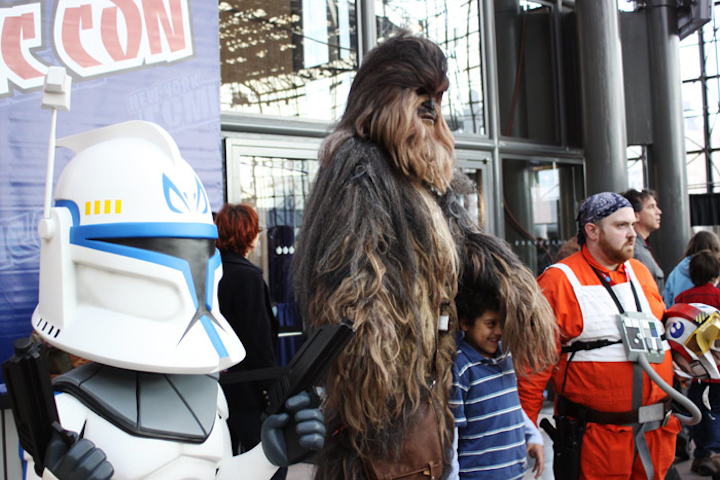