In the ever-expanding video game market, console launches and game title debuts are accompanied by a lot of promotional efforts, and the introduction of Nintendo's 3DS system was no different. In addition to a preview at last year's E3 expo, a press conference in January, and a suite for editors during Mercedes-Benz Fashion Week in February, the Japanese company crafted a multi-city tour to tout the release of the portable gaming platform. The tour ran from March 11 through Sunday.

Produced by MKTG, the portable, futuristic-looking structures echoed the technology of the 3DS, while creating an immersive space that Nintendo could assemble in high-traffic locations, including New York's Grand Central Terminal, Chicago’s Citigroup Center, Pier 39 in San Francisco, and at Santa Monica’s bustling Third Street Promenade. Inside the pods, staffers taught visitors how to use the technology, allowing them to play games and use the built-in camera function. Consumers were also invited to create a "Mii," the digital avatar used on Nintendo's Wii and 3DS platforms, which they could post to their Facebook pages or share via email.

During their first weekend in Santa Monica, the demo pods attracted more than 45,000 people. 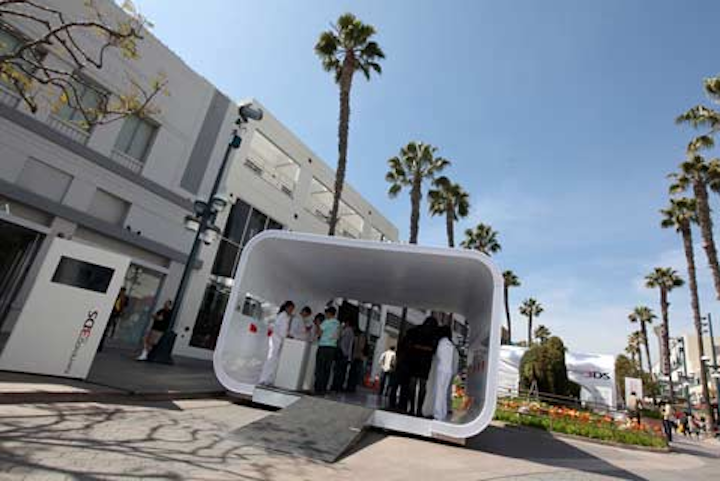 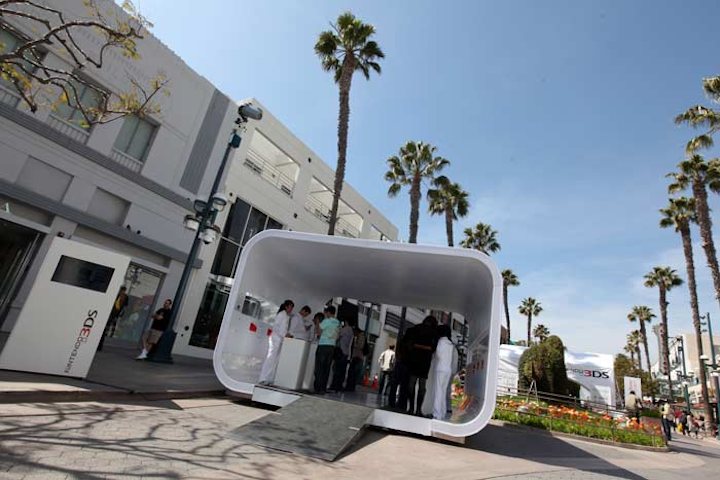 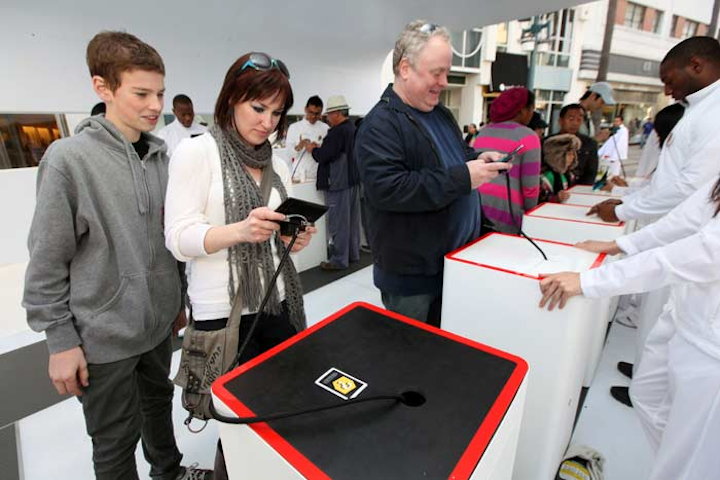 Inside the pods, staffers showed visitors how to use the technology and create a "Mii," the digital avatar used on Nintendo's Wii and 3DS gaming platforms.
Photo: Casey Rodgers/AP Images for Nintendo of America
More in New York City & Tri-State Area