The triple sec brand turned a downtown New York hotel into an immersive experience that showcased its history as well as its partnerships with art and design world influencers.

To celebrate and rejuvenate its brand awareness amongst the fashionable and influential set, Cointreau hosted a one-night-only soiree at the Broome Hotel, inviting 150 or so guests on a chic Parisian journey to rediscover the French liqueur. The June 17 event, produced by BMF Media’s creative director, Nicky Balestrieri, along with the Cointreau in-house team, turned the downtown destination into an orange-hued fantasy.

“We looked for a venue with character; we didn’t want a to start with a blank slate,” said Balestrieri, who began planning the event in February. “The indoor-outdoor lobby terrace area felt French and the hotel, which looked French and had a residential vibe to it, was also owned by French expats.”

The immersive affair was inspired by theatrical production Sleep No More and dubbed La Maison Cointreau. Spread across two floors, with live music by the Avalon Jazz Band and DJ duo Timo & Alan, the event was also a celebration of the brand’s partnership with a trio of “creative class” visionaries.

The stylish French atmosphere, replete with curated art, a custom library featuring vintage Cointreau cocktail books, and a D.I.Y. Cointreau Rickey cocktail bar, was devised as a way to get influencers to learn about and experience the world of the more than 165-year-old brand in a memorable setting, according to Emily Troxel, Cointreau's associate brand manager.

“Cointreau is a historical brand and has a lot of history in cocktails, and we actively look for those who are doing the same thing in their respective fields,” said Troxel, noting this was Cointreau’s first attempted at a more targeted and tailored approach focusing on creative types in metropolitan markets. “Our goal was to touch the influencers and have them see how Cointreau could be used. We’re not reinventing the brand but, rather, achieving a different outlook and perception.”

The Manhattan event marked the start of a multicity tour that will be followed by San Francisco next month at a to-be-determined location.

Throughout the two-level soiree, guests were encouraged to interact with the event's three hosts, all of whom had dedicated areas set up to illustrate their work. That included a vignette for artist Kate Schelter, where guests could create watercolor paintings.
Photo: Nilaya Sabnis 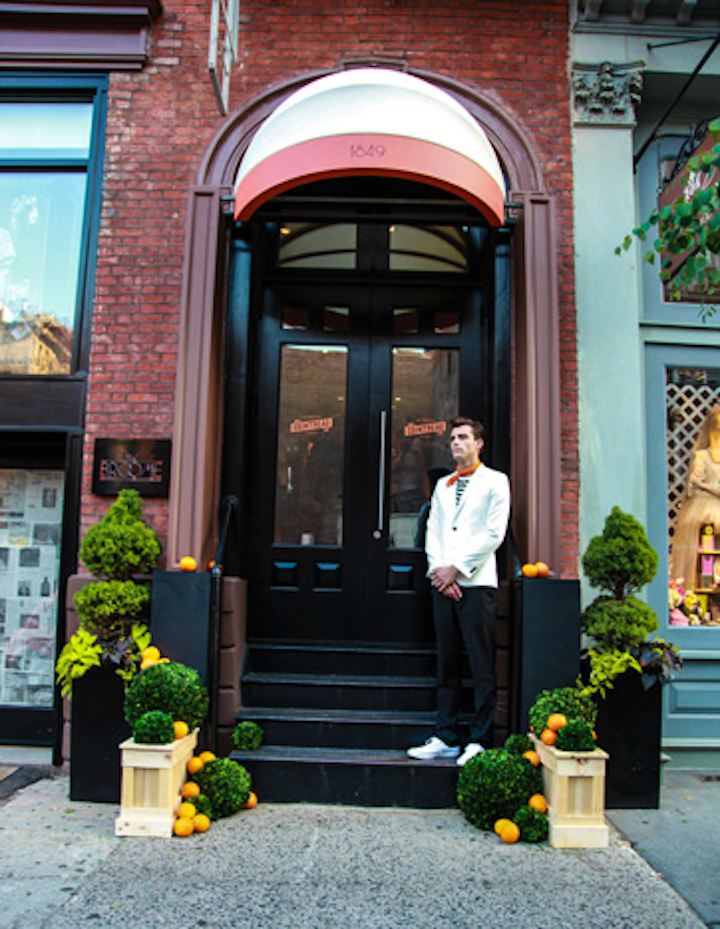 The Broome Hotel entrance was reimagined with topiaries and orange fruit accents. A custom awning was also built for the occasion, along with a model greeter staged out front to welcome guests.
Photo: Nilaya Sabnis 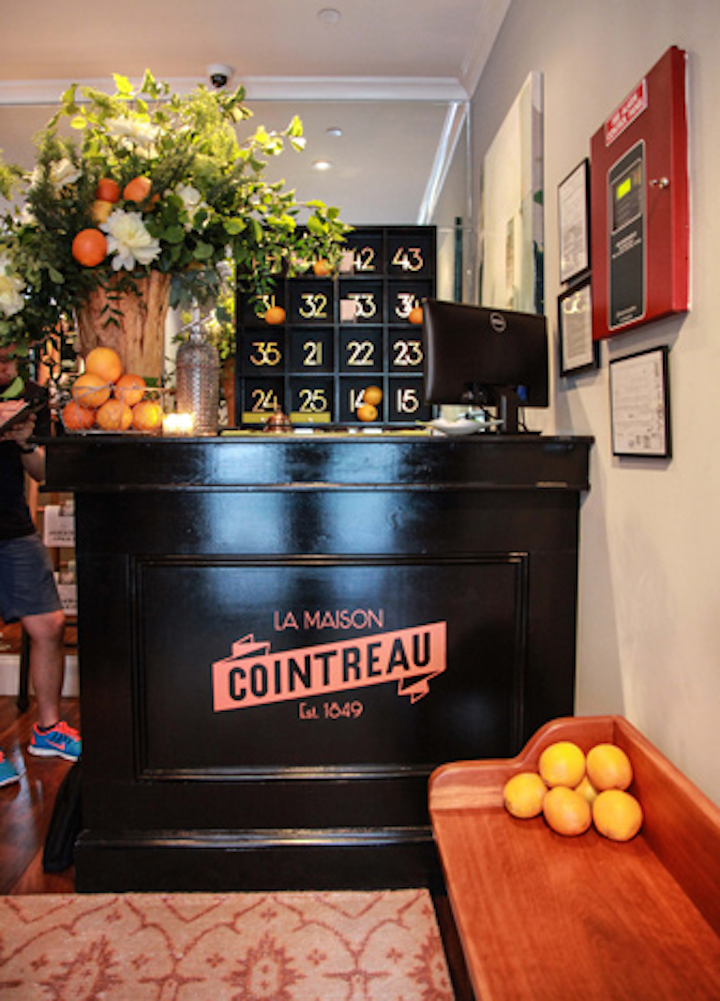 Once inside, guests met a traditional reception desk that was rebranded for the evening with Cointreau signage and orange accents. In keeping with the hotel atmosphere, guests were also given hand-tooled leather key chains that mimicked hotel room keys upon arrival as keepsakes.
Photo: Nilaya Sabnis 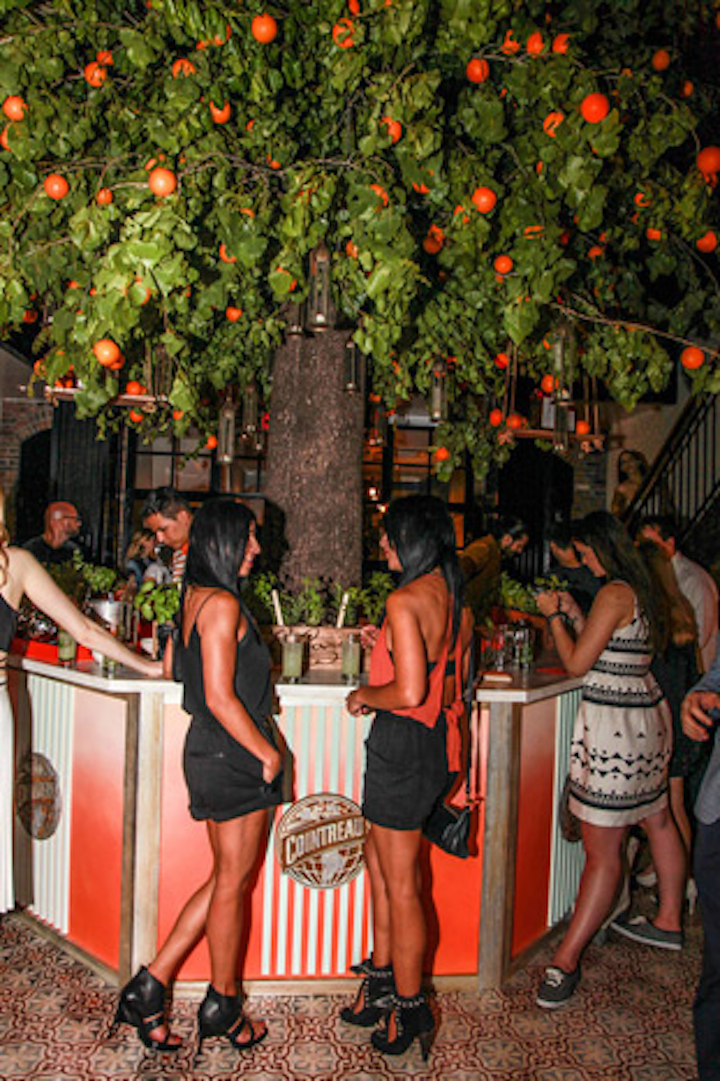 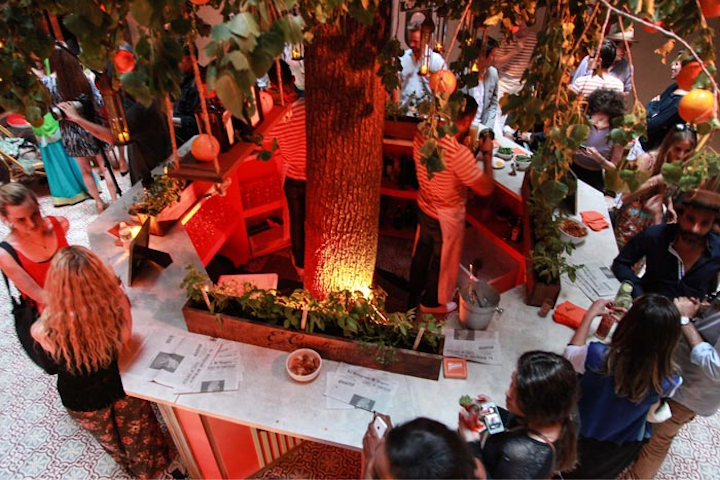 A faux marble bar top was set up around the base of the orange tree where Cointreau-infused cocktails were served. Dispersed throughout the venue was a specially printed broadsheet version of the Cointreau brand guide book that guests could take as a collectible.
Photo: Nilaya Sabnis 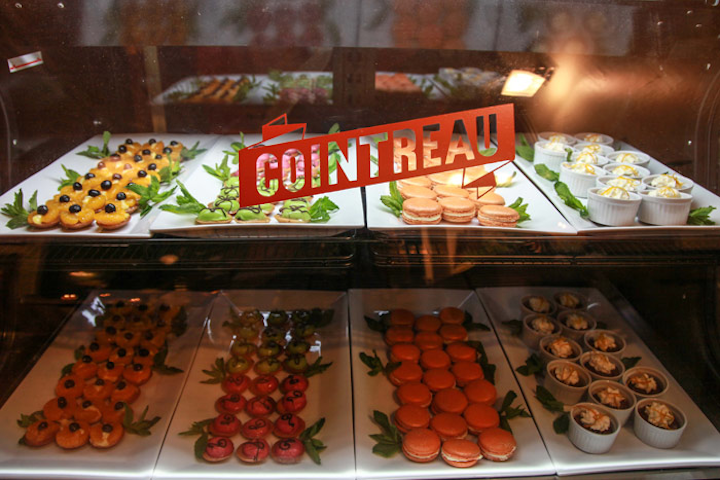 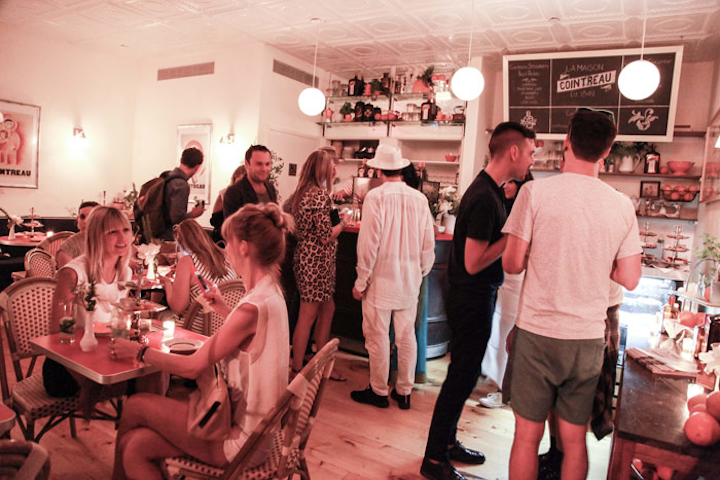 In the transformed bar, guests were able to sit, relax, and enjoy a drink while engaged in conversation. The room was peppered with orange-infused accents, but otherwise the decor remained true to the original hotel café.
Photo: Nilaya Sabnis 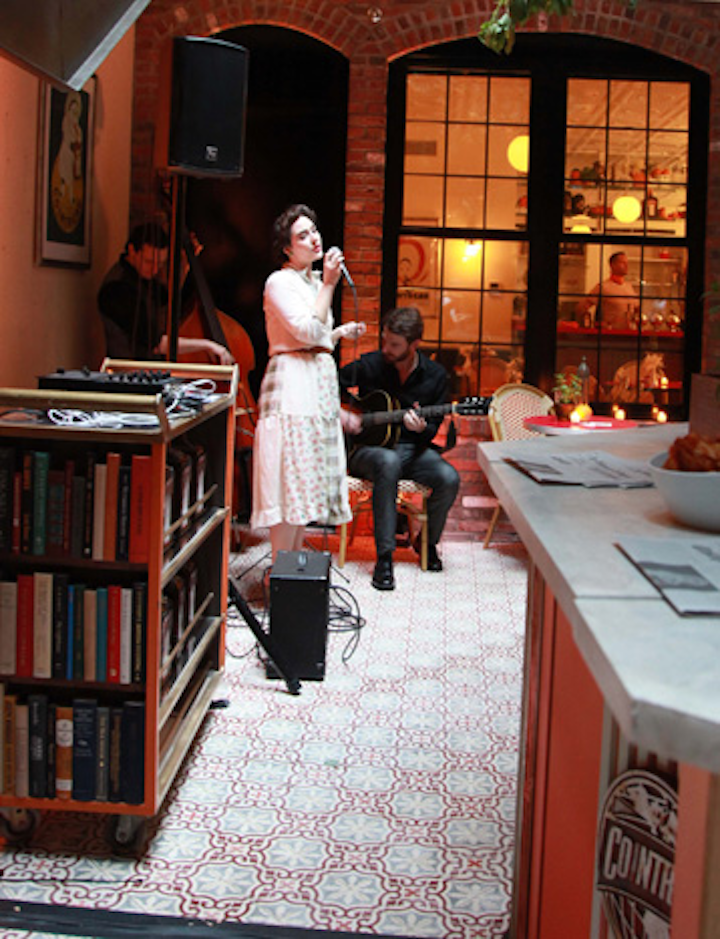 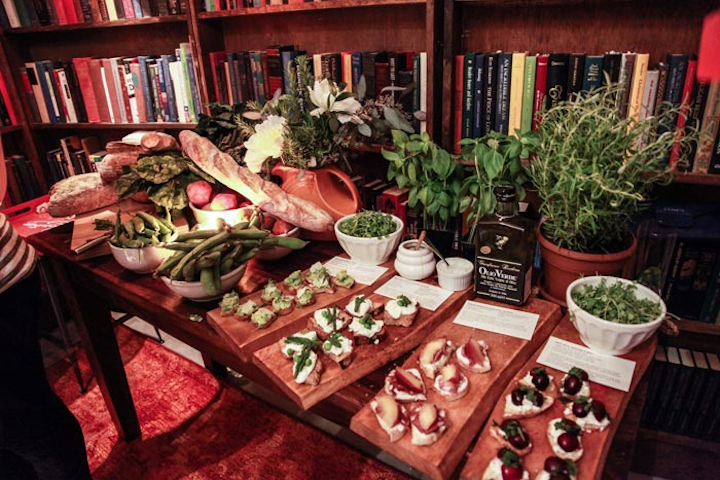 At the vignette hosted by event co-host and chef Athena Calderone, guests received a quick lesson on the art of making a crostini. The result was a crostini bar set up in the library for guests to enjoy.
Photo: Nilaya Sabnis 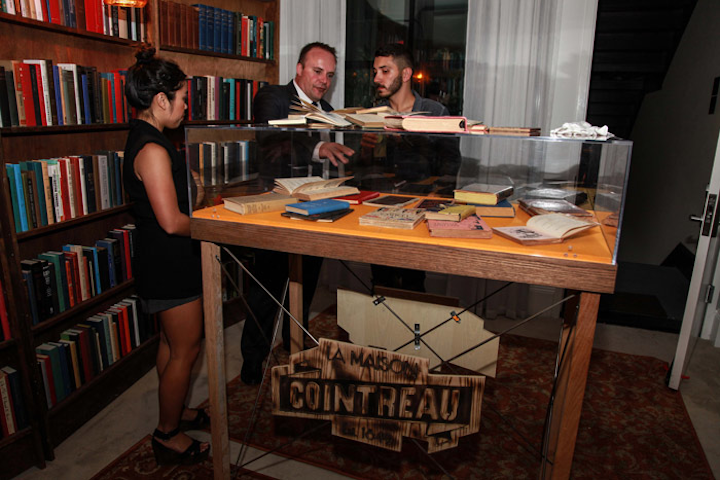 In the library, guests, who donned white gloves, could peruse through a selection of Cointreau's antique and historic cocktail books (many of which feature the Cointreau name as a specific ingredient) while a brand expert provided detailed information and factoids on the history of Cointreau.
Photo: Nilaya Sabnis
More in New York City & Tri-State Area