In the week leading up to Whisky Live, distilleries Glenfiddich, the Glenlivet, and the Famous Grouse held tasting events and luncheons to launch new offerings.

Brand ambassadors from some of Scotland's oldest distilleries—in town for the fourth annual Whisky Live Toronto, a one-day festival held Friday at the Metro Toronto Convention Centre—conducted tastings and product launches last week during what is unofficially known as whisky week. "This is the kickoff to whisky season in Canada. It is the perfect time to think about bundling up and sitting with a dram in front of the fire," said Lex PR's Sherry Lawlor, who planned an event at Bar Chef Tuesday in honour of the Ontario launch of the Black Grouse, a new peated whisky from the Famous Grouse.

A silhouette of a black grouse adorned the window of the restaurant, and displays throughout the venue included bottles of Scotch nestled among twigs and feathers. "The Black Grouse is the darker character in the family, so that's why we chose a venue that had a darker vibe to it," said Lawlor, who invited about 20 people to the afternoon media launch.

Guests sampled cocktails with names like the Ginger Grouse and the Black and Black along with hors d'oeuvres from Urban Source Catering prior to the tasting, led by Canadian brand ambassador Marc Laverdiere. For the tasting, organizers paired candied pecans and orange chocolates with the signature Famous Grouse and the new Black Grouse whiskies. "It's all about showing the versatility," said Lawlor. "It's meant to be very casual. The brand doesn't take itself too seriously."

On Thursday, Glenfiddich held the second in a series of Taste & Talk events hosted by international brand ambassador Ian Millar at One Up Restaurant & Lounge. Millar led a tasting, and author Richard Poplak talked about his travels throughout the Middle East and Asia while researching and writing The Sheikh's Batmobile: In Pursuit of American Pop-Culture in the Muslim World.

"This is something that's been developed within Canada," Millar said of the three-year-old Taste & Talk event concept. "It's a nice partnership because you get somebody out who has established a reputation to talk about a subject and the guests have the opportunity to enjoy the whisky. To get people to come out to a tasting is easy enough, but it's much more easy when you fuse the two together. It increases the amount of interest."

Also on Thursday, Ian Logan, international brand ambassador for the Glenlivet, held a tasting to launch the Glenlivet XXV. About 30 bottles of the single malt Scotch whisky (priced around $350) are available in Ontario. The rare whisky is only available in about five markets around the world. "We want to take every opportunity to show it off to its very best," said Logan, who held a similar tasting in Vancouver earlier in the week and conducted a master class at Whisky Live on Friday.

ASC PR planned Thursday's tasting, which drew a crowd of about 40 media folks and key customers to Hotel Le Germain. "It's all about understated elegance," Logan said of the event. "You need to choose the right venue, the right style, and the right invited guest." Attendees sampled hors d'oeuvres like Scotch eggs and duck confit from the hotel's Victor Restaurant & Bar prior to the tasting, which included a presentation about the history of the distillery.

Toronto's unofficial whisky week wrapped with the Whisky Live tasting and sampling event Friday night. The event started in Tokyo in 2000 and is now held in 14 cities throughout the world, including Cape Town, London, New York, and Shanghai. More that 30 distilleries exhibited at the event this year. 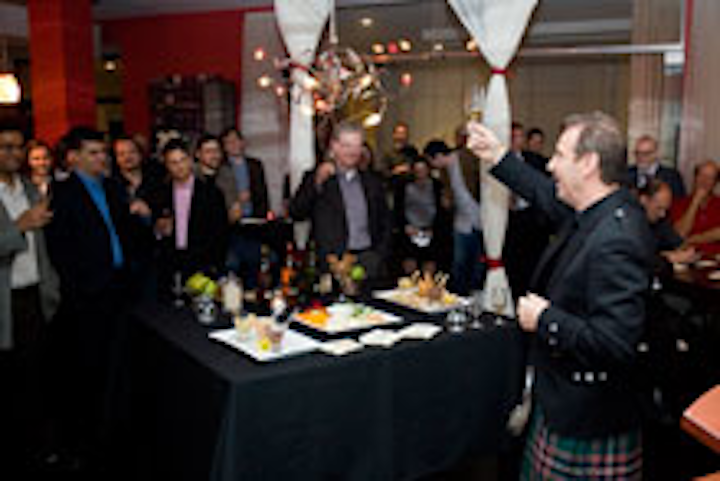 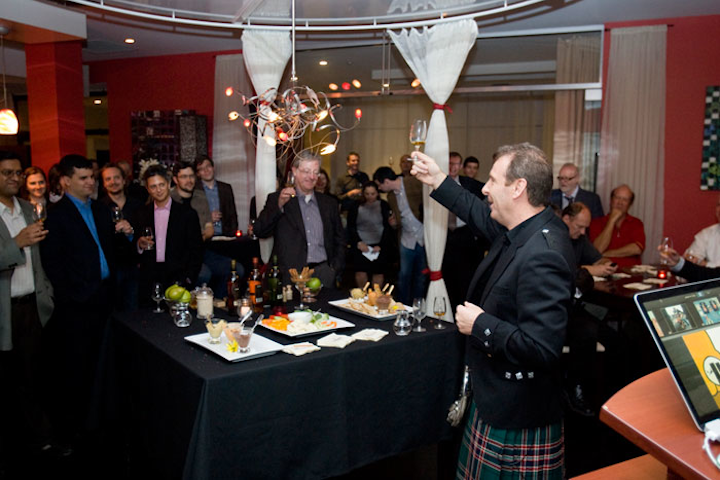 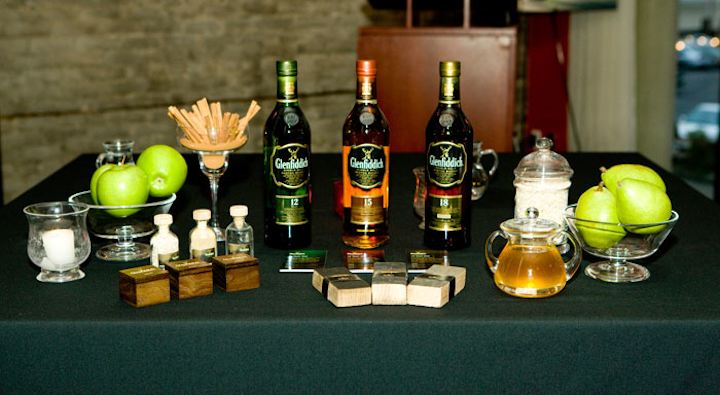 A display of Glenfiddich bottles at the Taste & Talk event.
Photo: Dave Starrett 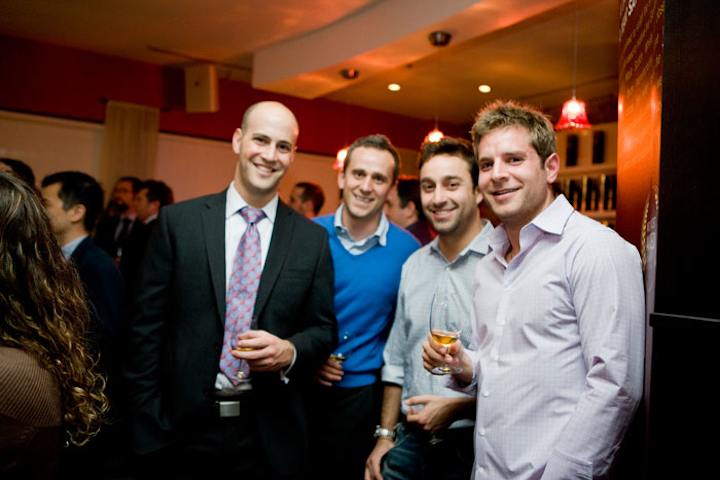 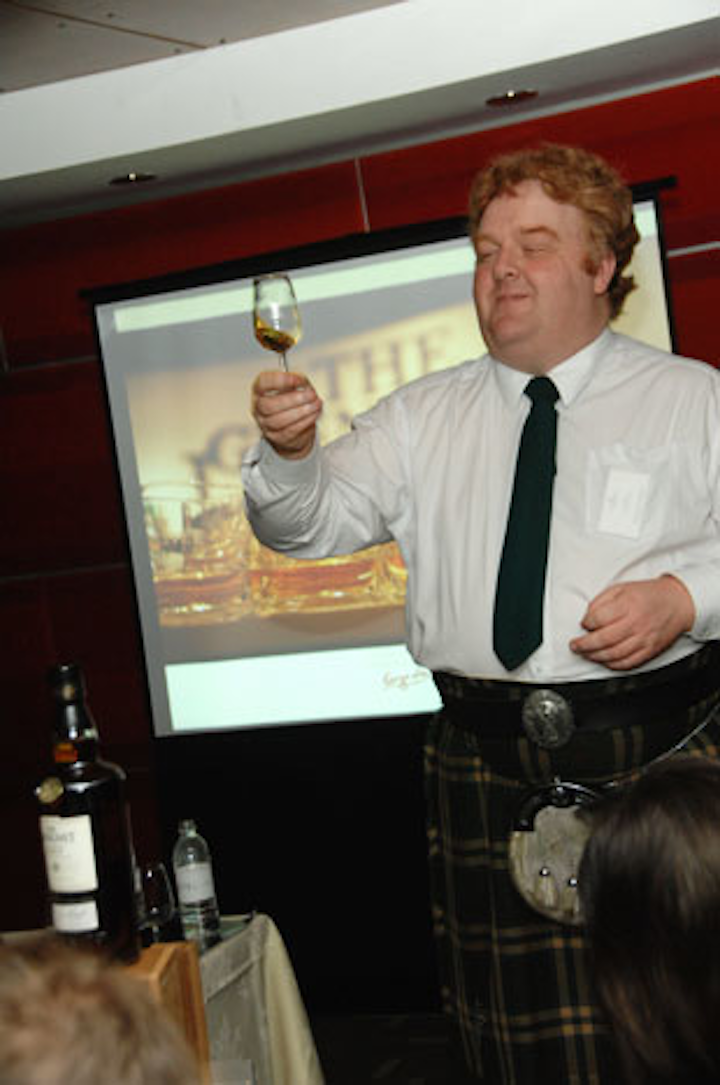 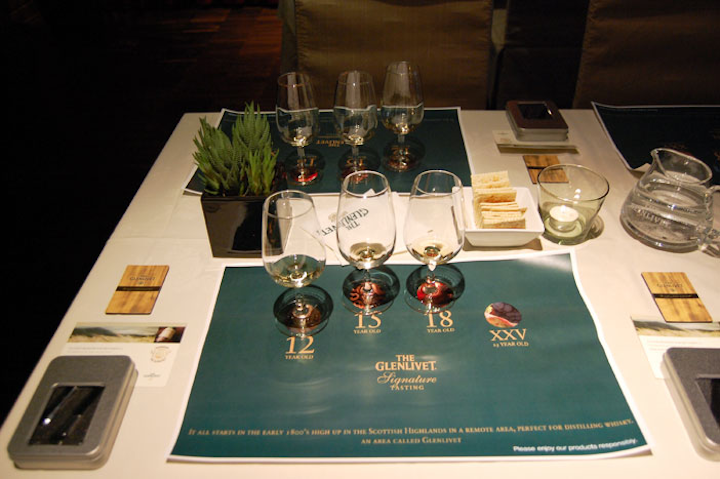 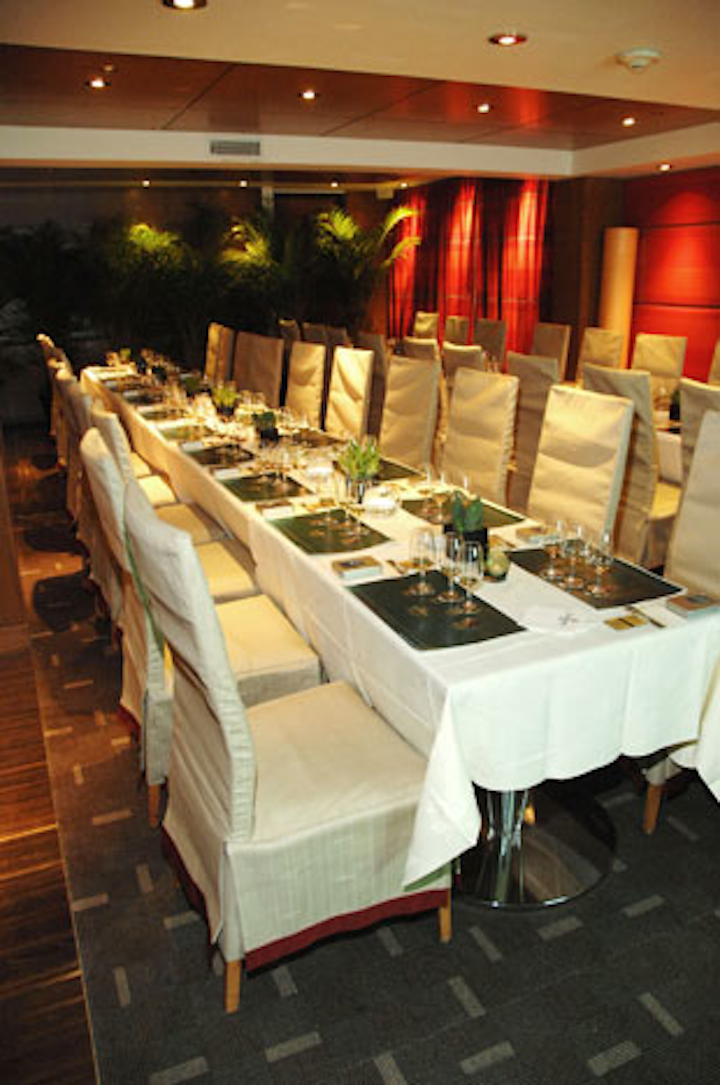 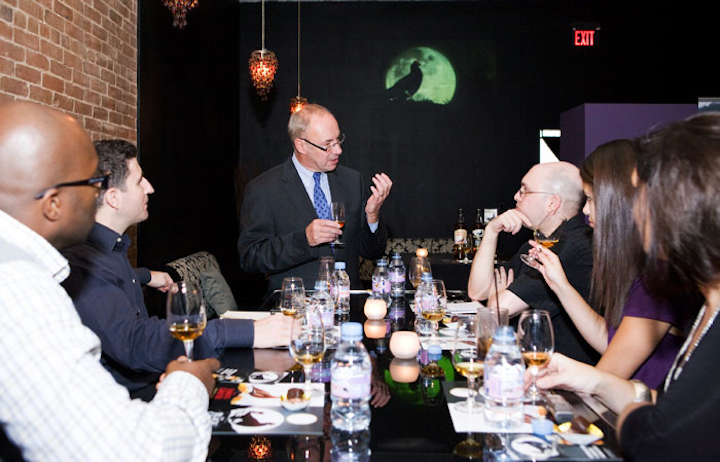 Marc Laverdiere, Canadian brand ambassador for the Famous Grouse, led a tasting at Bar Chef for the launch of the Black Grouse, a new peated whisky.
Photo: George Pimentel 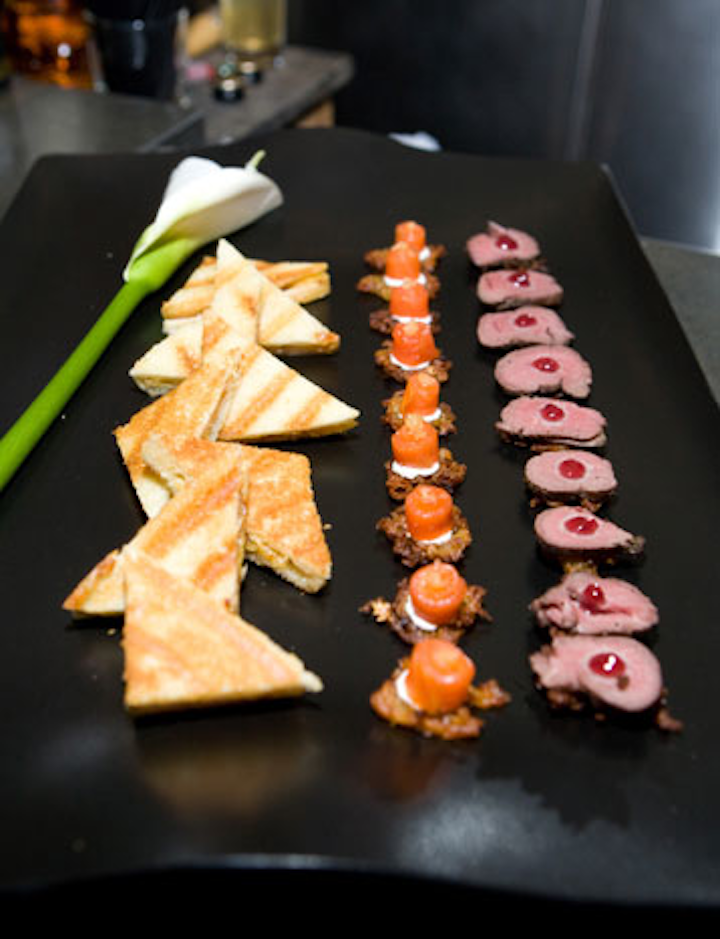 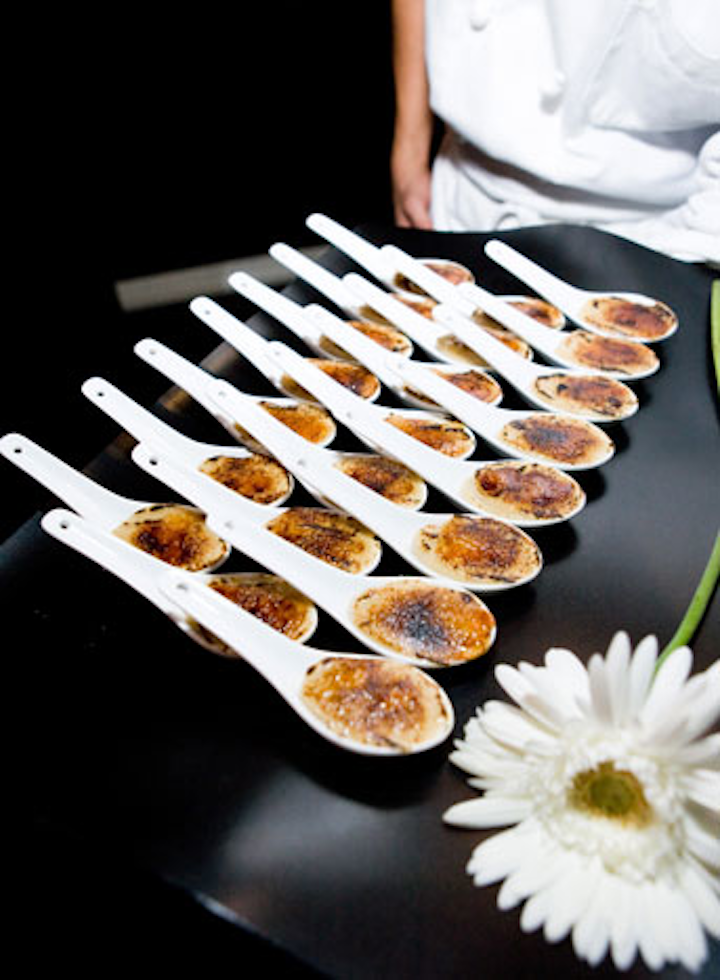