In a nod to Score: A Hockey Musical—the opening night film at the 35th annual Toronto International Film Festival—organizers of the festival's opening night gala on Thursday filled the Liberty Grand with concession stand fare (hot dogs and popcorn) and memorabilia (jerseys, pennants, and hockey pucks) reminiscent of a small town hockey arena.

Barbara Hershenhorn of Party Barbara Co. planned and produced the event, which drew 3,000 guests, including Olivia Newton John and Nelly Furtado, both of whom star in the film. Walter Gretzky, who has a cameo, also attended, posing for photographers on a bright orange carpet (the colour of the TIFF logo) outside the venue.

In an effort to replicate an arena, Hershenhorn worked with McWood Studios and National Sign & Design Group to turn the Artifacts Room into a pseudo ice rink. "The dance floor will look like a hockey rink with centre ice and the blue lines. And we'll have dasher boards all around the rink with advertising on them," she said. The boards displayed sponsor names like Bell, RBC, Perrier-Jouët, Skyy Vodka, and Stella Artois.

DJ JoJo Flores spun tunes from an elevated DJ booth, draped in black and adorned with a 2004 Ontario Major Hockey League Division Championship banner. Additional banners hung over a food station at the end of the room, where servers offered pizza and Caesar salad to guests, and hockey jerseys from the film were suspended from the rafters.

In the Governor's Room, a massive banner reading, "Hockey is air, hockey is water, hockey is life," hung from the ceiling and IceCulture displayed a 16-foot ice sculpture shaped like a hockey rink and dubbed the TIFF Shooter Bar. The sculpture, which served as a table, held 144 shot glasses filled with Skyy Vodka. Servers dressed in black and white costumes reminiscent of a referee outfits flanked either side of the table.

Hershenhorn used red, gold, white, and black polyester linens—an homage to the colours worn by players on the Brampton Blades hockey team in the film—to top cocktail tables throughout the room. Floral arrangements made with fake flowers accented food stations and hockey pucks bearing the Blades logo and the TIFF logo were placed on tables and bars around the venue. 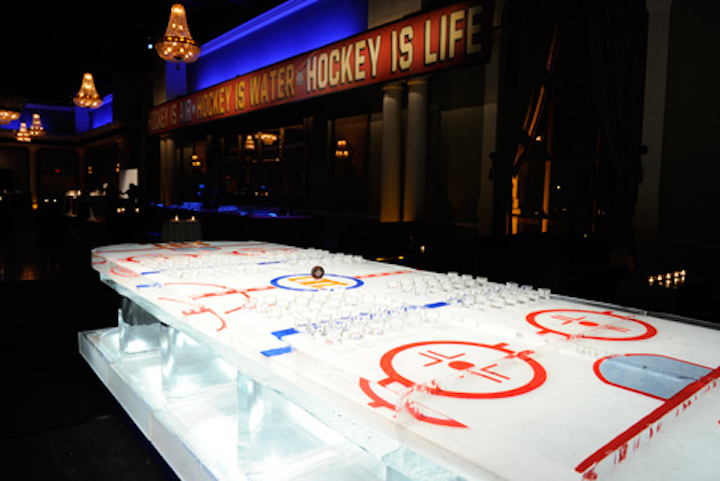 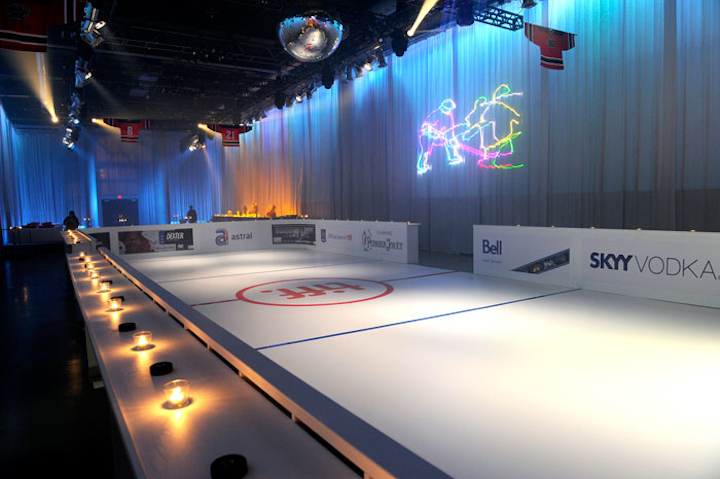 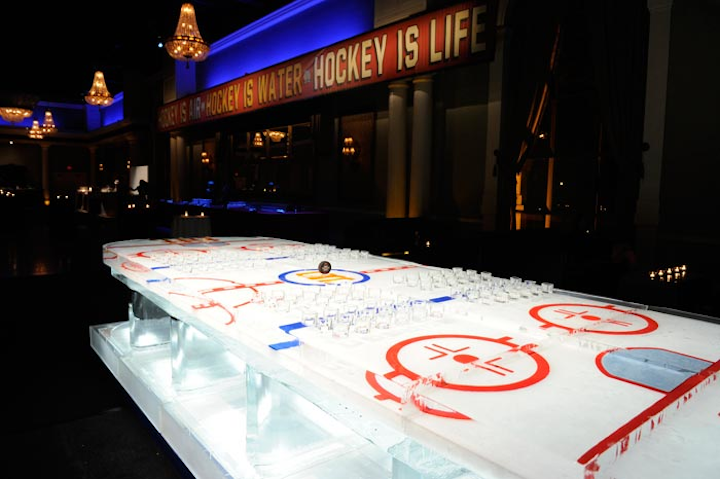 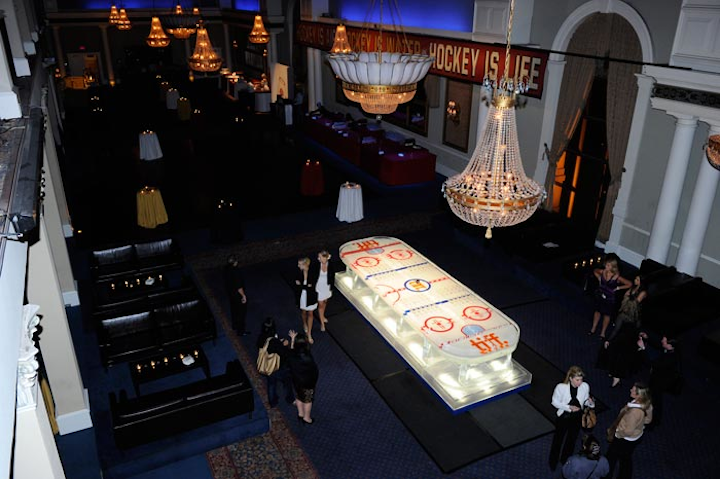 The ice table took 80 man hours to design and 20 man hours to set up on site in the Governor's Room at the Liberty Grand.
Photo: Gary Beechey for BizBash 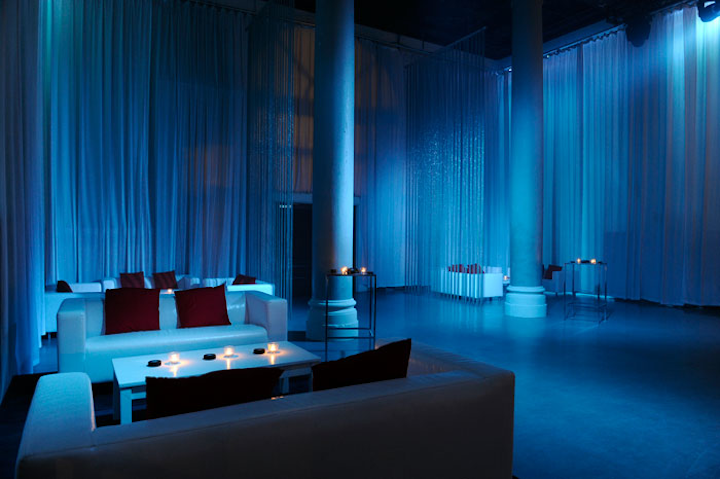 Barbara Hershenhorn of Party Barbara Co. draped the Artifacts Room in all white and used white sofas from Furnishings by Corey to give the space an icy feel.
Photo: Gary Beechey for BizBash 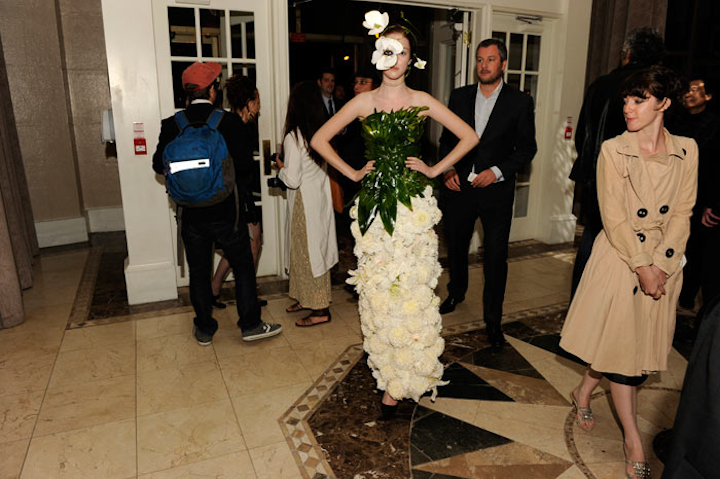 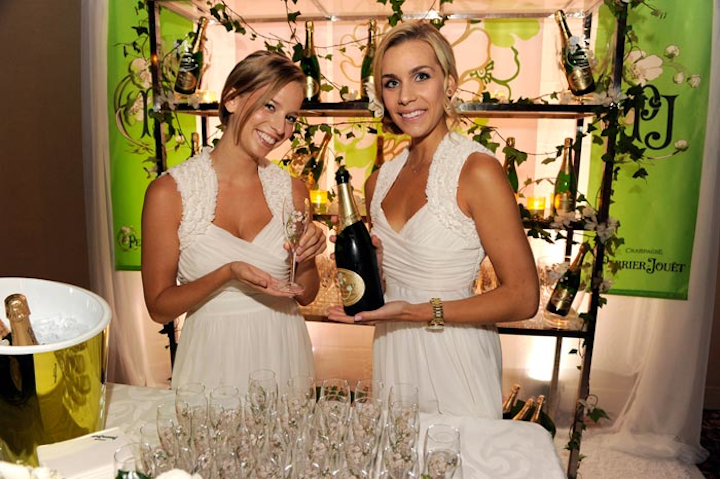 Servers offered glasses of Perrier-Jouët, the official champagne of the Toronto International Film Festival, at a bar in the V.I.P. lounge.
Photo: Gary Beechey for BizBash 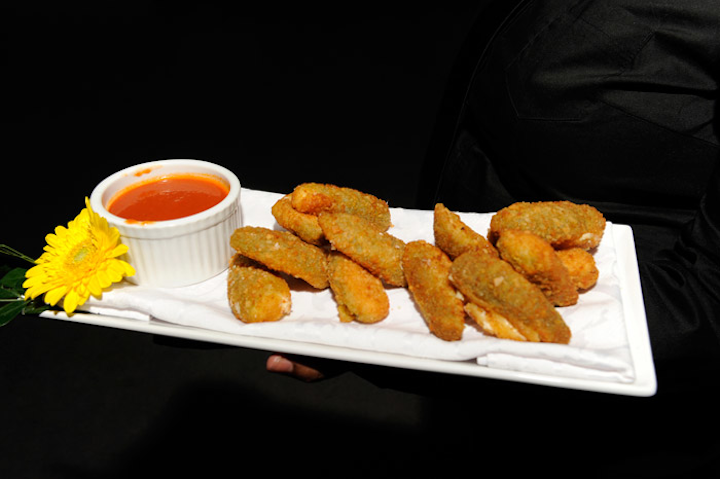 The Liberty Group served a selection of concession stand fare like pizza and hot dogs as well as passed hors d'oeuvres like jalapeno cheese poppers and crispy calamari.
Photo: Gary Beechey for BizBash 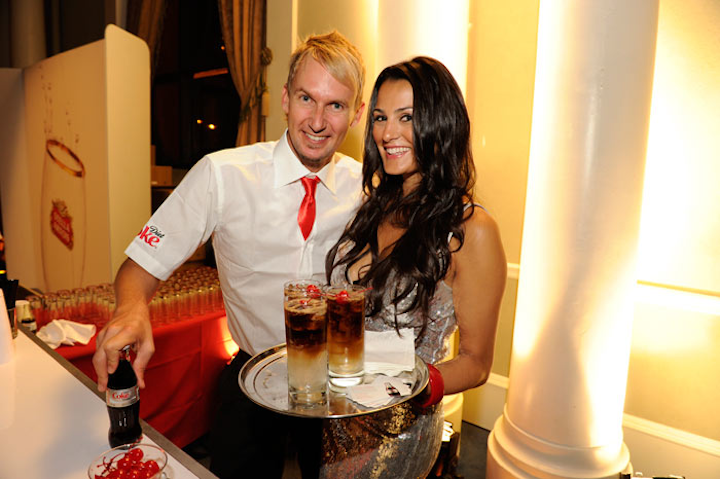