The seventh annual Massive Party at the Art Gallery of Ontario lived up to its name on Thursday, drawing a crowd of more than 1,500. The event sold out two weeks in advance, far earlier than in previous years. “It speaks to the evolution of the Massive Party brand. It’s the top party in the city,” said Antonietta Mirabelli, the museum's head of communications.

A portion of the ticket-sales success was due to a new social media campaign. Massive Party had a strong presence on Twitter in the weeks leading up to the event, where followers engaged in conversation and entered contests to win tickets. A dedicated volunteer committee and assistance from ad agency MacLaren kiindrid also helped draw guests.

For the theme, gallery artistic director Bruno Billio drew inspiration from a famous 20th-century art patron, Marchesa Luisa Casati. The Italian Casati was known for her lavish parties, and event director Adrienne Maniezzo did her best to channel this. “We really wanted to animate the space to bring the Marchesa back to life,” Maniezzo said.

Several areas of the gallery were transformed to evoke one of the Marchesa’s villas: Walker Court took on a Parisian feel; the second-floor gallery space was modeled after the Tunisian-inspired Villa San Michele; and Baillie Court—with strings of overhead lights, a large dance floor, and gold ottomans—channeled St. Mark’s Square in Venice, where the Marchesa also had a residence. The menu stayed true to the theme of each room. Depending on where they were, guests snacked on hors d’oeuvres like savoury madeleines, prosciutto crostini, or chermoula shrimp.

The historical figure was also brought to life with art installations and live performances. The walls of the venue were adorned with oversize covers of Toronto Life magazine that pictured a model portraying the Marchesa. The model made a grand entrance during the event, leading an entourage complete with artist Jamie Shannon’s intricate cheetah puppet (a favourite animal of the Marchesa).

On the second floor, artists Camilla Singh and Walter Willems created a photo parlour that resembled a Surrealist painting. Guests could pose in a Victorian chair against a backdrop of the Sahara desert and get their pictures taken. These live art displays made clear an overarching goal of the event: to build awareness of the gallery's exhibitions and educational programming. “We wanted people to know that there is a place for art in their lives,” Mirabelli said. “We wanted to show what the Art Gallery of Ontario has to offer,” Maniezzo added.

Sponsors included GMP Capital Inc., Claymore ETFs, K2 & Associates Investment Management, Kobo, and Poynt. While the support of these sponsors was acknowledged on the event Web site and on banners, Massive Party steered clear of an overt brand presence. “We made a point of acknowledging our sponsors,” Mirabelli said, "but you won’t come here and see their mascot." 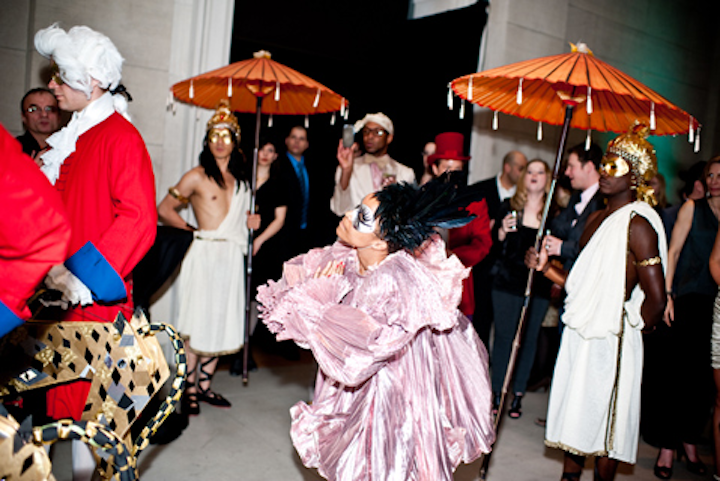 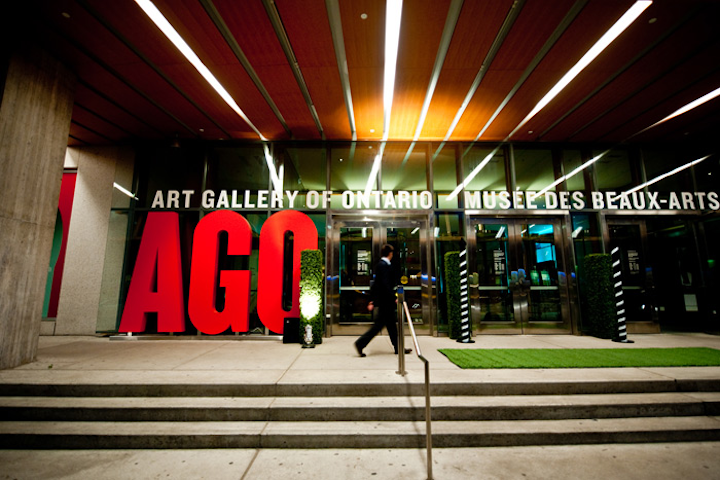 A green carpet lined the entrance to the gallery.
Photo: Emma McIntyre for BizBash

Most of the space was kept furniture-free to allow the 1,500 guests to flow through the party.
Photo: Emma McIntyre for BizBash 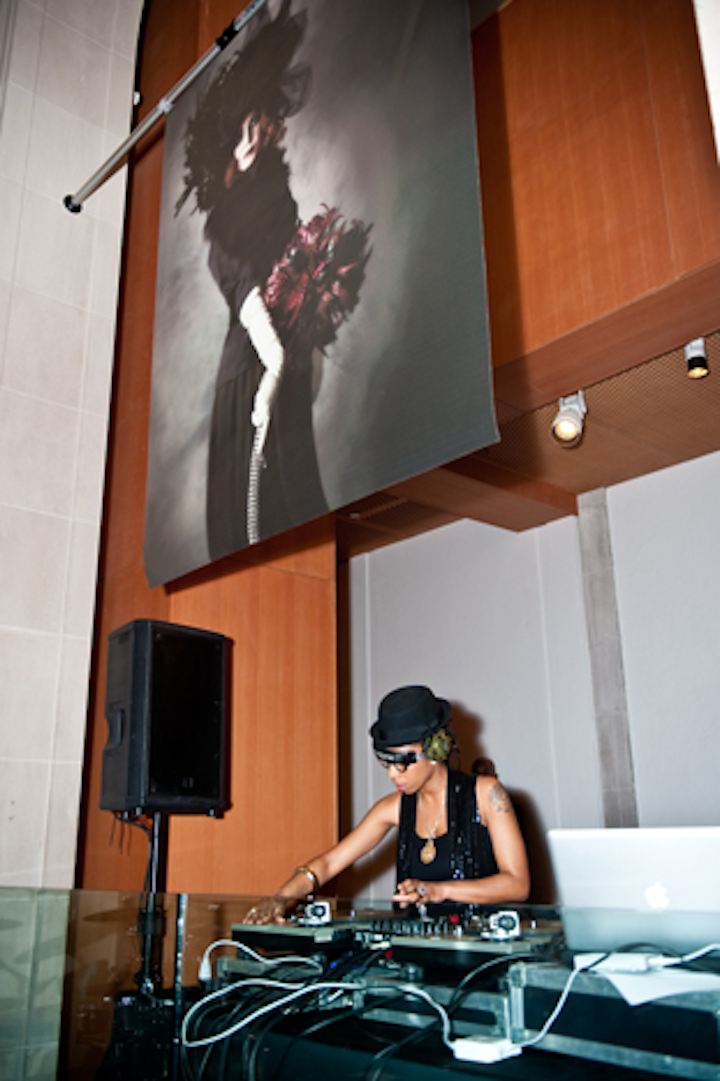 DJ L'Oqenz was among the evening's four DJs.
Photo: Emma McIntyre for BizBash 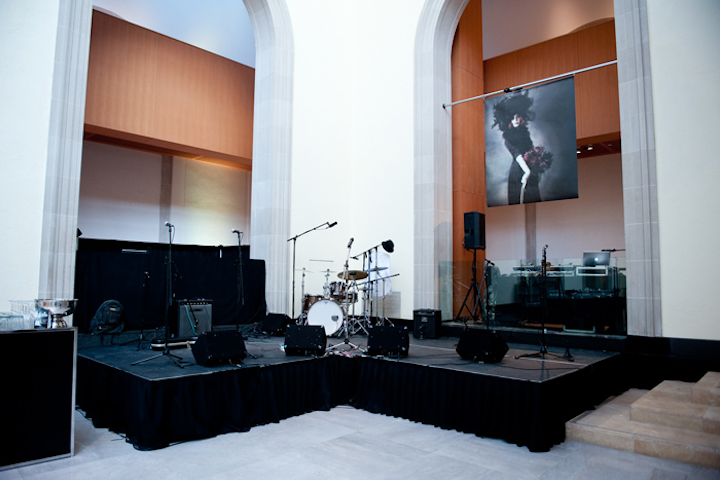 Mz. Chawls and the Wonderfuls performed on a stage set up by AusCan.
Photo: Emma McIntyre for BizBash 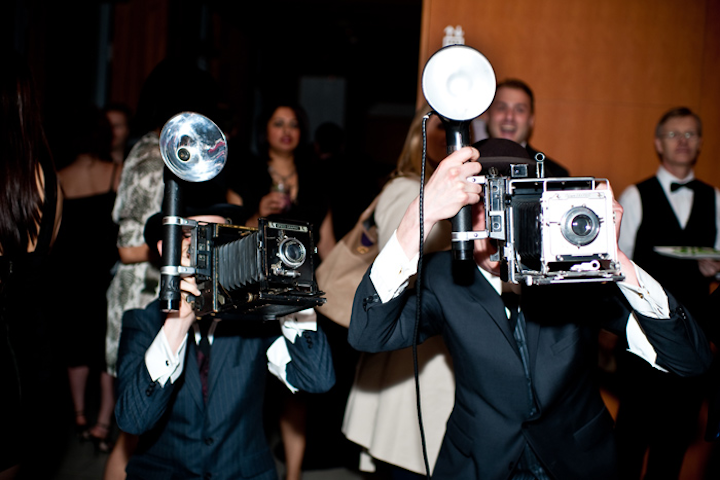 Actors dressed as old-time paparazzi made their way through the museum.
Photo: Emma McIntyre for BizBash 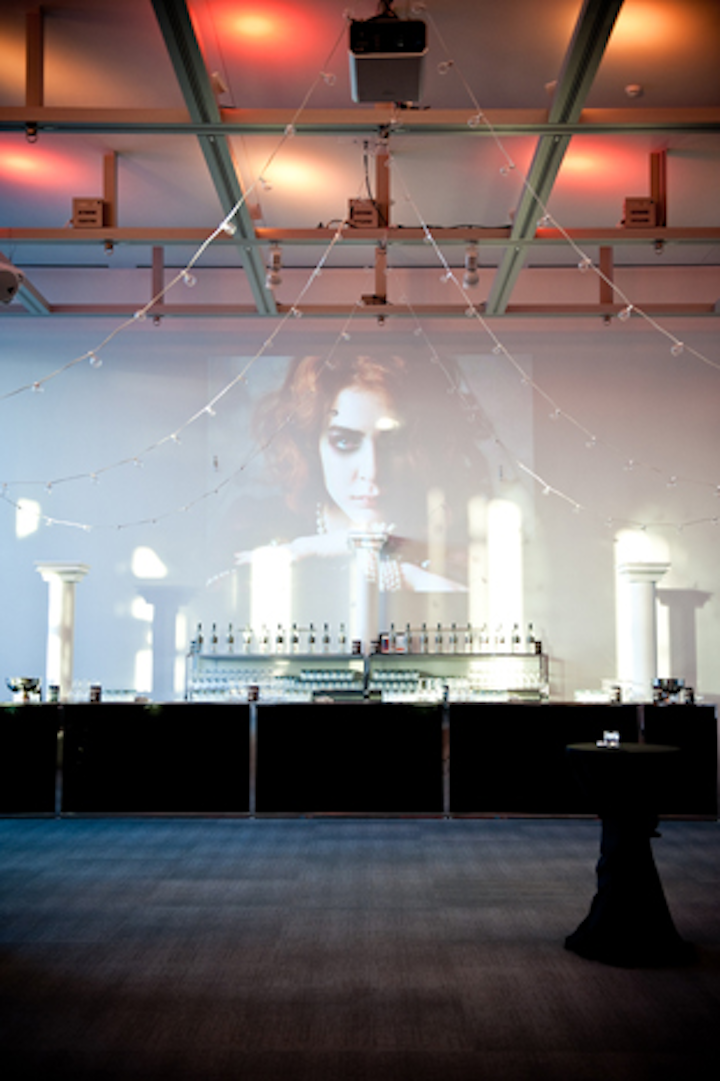 Projected images of a modern reincarnation of the Marchesa played into the decor.
Photo: Emma McIntyre for BizBash 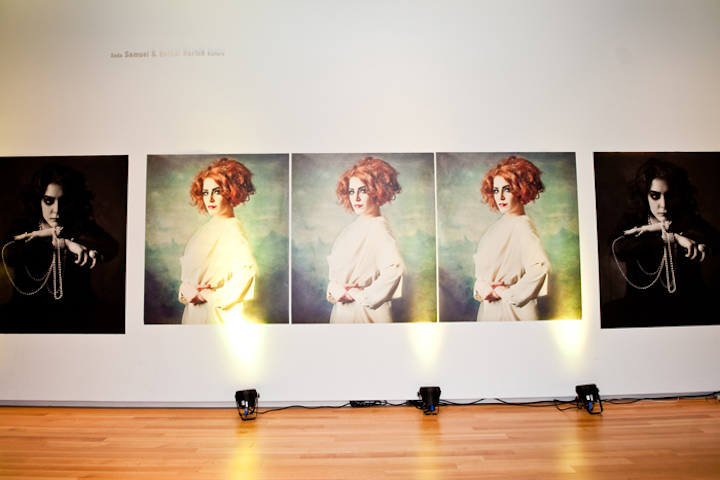 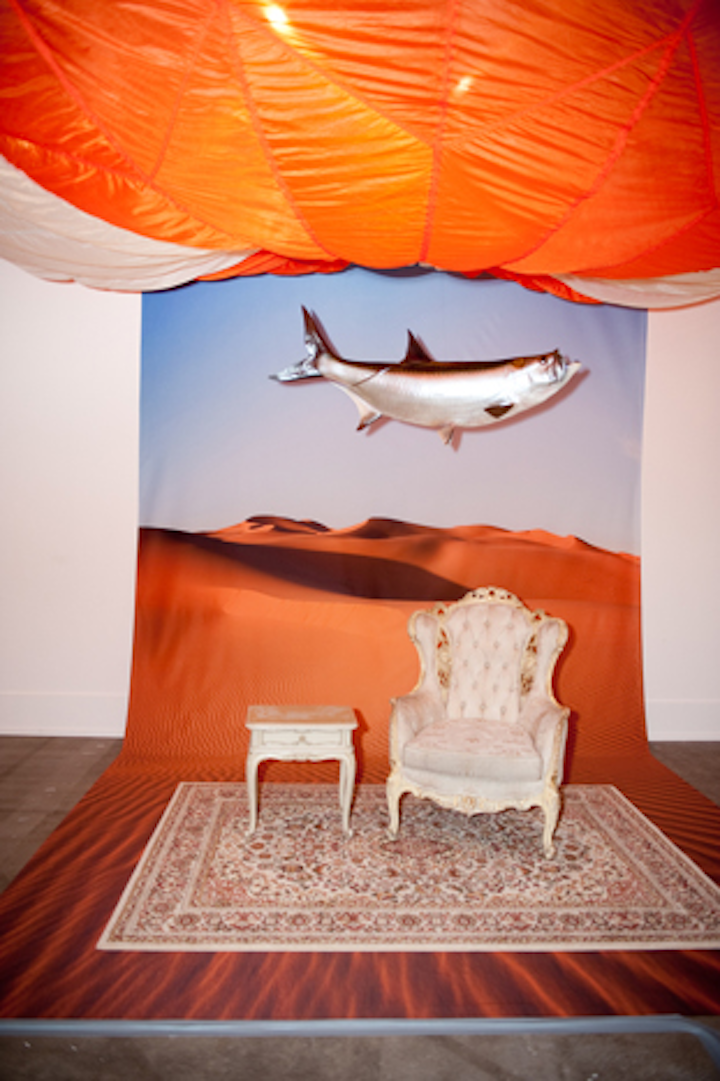 In the Surrealist parlour, guests posed in a Sahara-desert setting beset with flying fish.
Photo: Emma McIntyre for BizBash 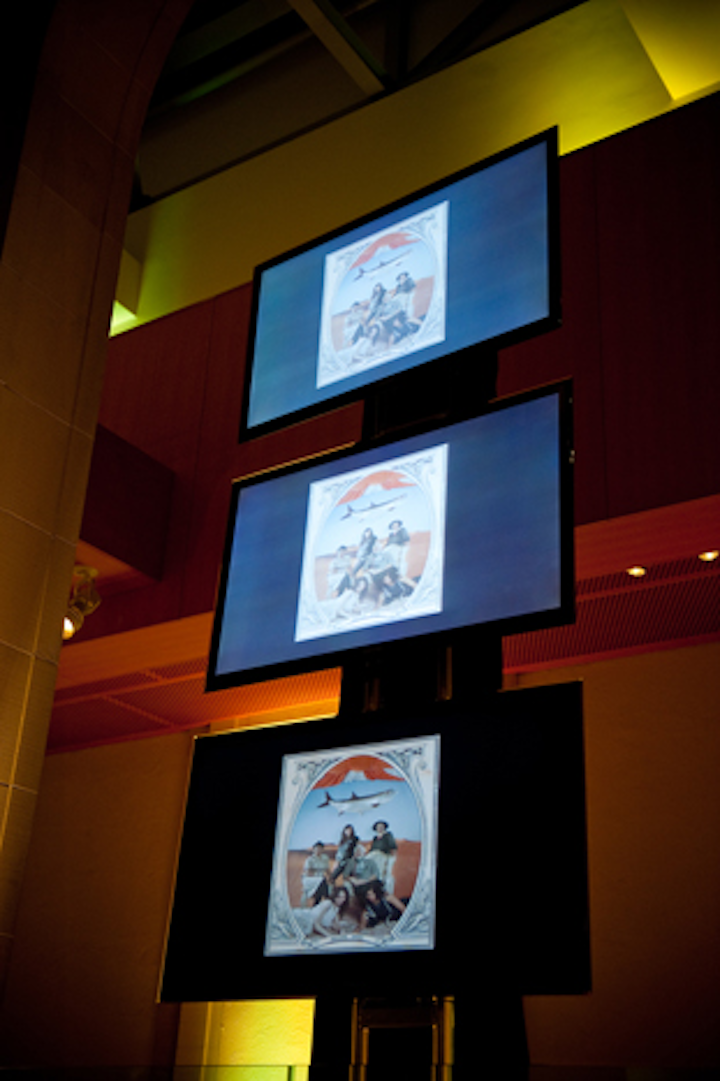 Photos from the Surrealist parlour appeared on flat-screens throughout the venue.
Photo: Emma McIntyre for BizBash 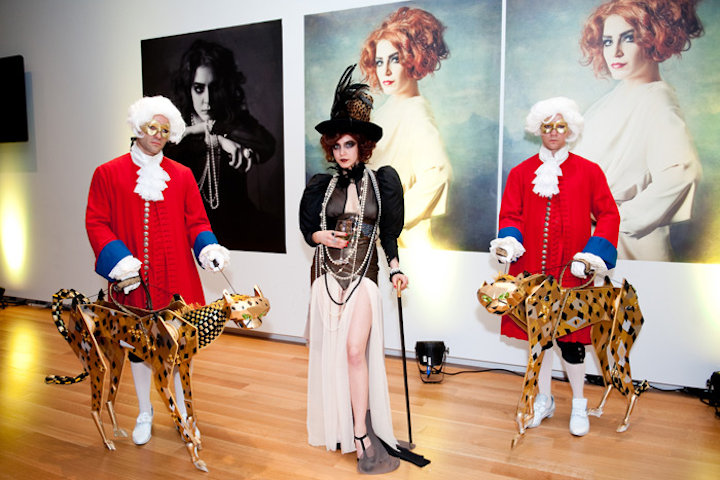 Model Tara Aghdashloo acted as the Marchesa, and artist Jamie Shannon created cheetah puppets to accompany her on her procession through the museum.
Photo: Emma McIntyre for BizBash 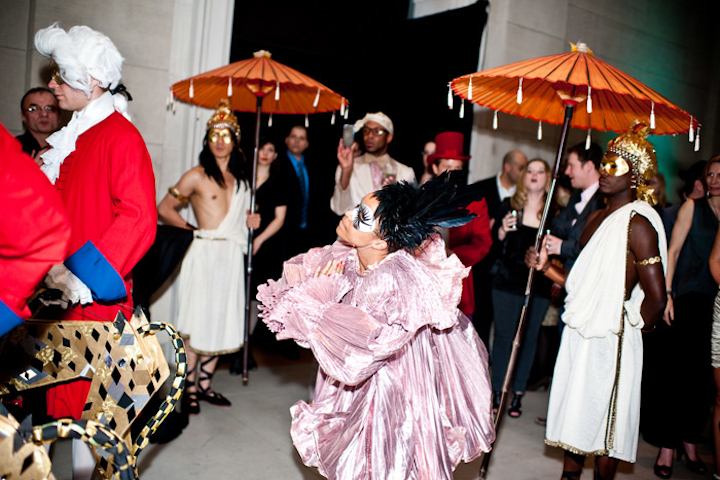 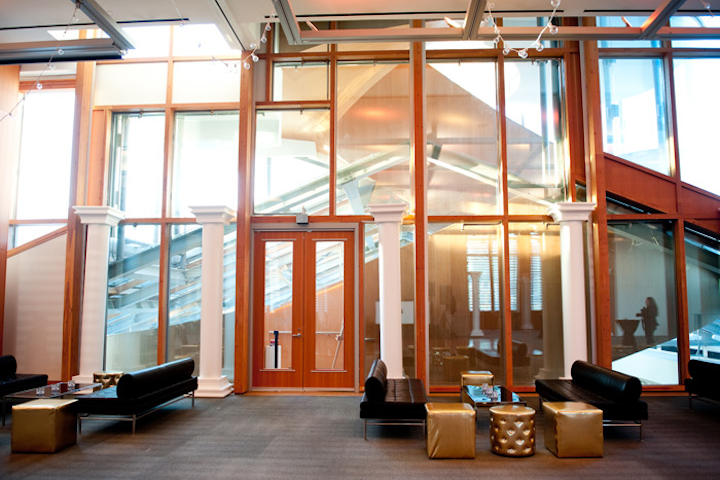 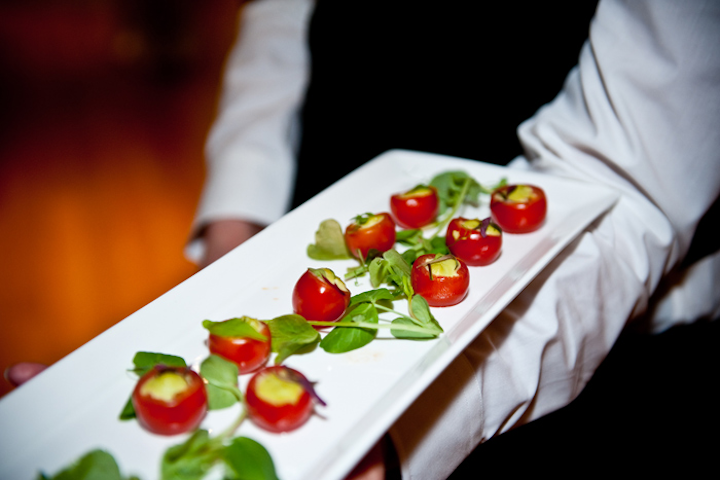