The Art Gallery of Ontario offered 1,800 guests a glimpse into the future of art at its annual Massive Party fund-raiser on Thursday night. Under the lengthy and all-encompassing theme of “Light, Sound, Object, Past, Present, Future,” the A.G.O. was decked in colourful LED lighting, sparkling streamers, bands and DJs, art installations, and Twitter projections. While decor was inspired by the six key words, organizers were particularly drawn to the word future and encouraged guests to tweet, filling in the blank after the hashtag #TheFutureOfArtIs.

Organizers used the hashtag before and during the event to foster guest interaction and build buzz. “We want to be able to use the tweets that we received and also have the opportunity for people to tweet throughout the night as they see different things that inspire them,” said Adrienne Maniezzo, manager of development special events at the A.G.O. She worked with artistic director Bruno Billio to develop the concept and decor. Tweets were incorporated into projections on the spiral staircase, an interactive installation, and screens that showed off the latest hashtag responses. “We’ve kept our A.V. company [AusCan Media Productions] hopping with this one,” Maniezzo said.

The party took up three floors of the gallery and each came with a different look and entertainment act. “It was great to be able to establish three distinct party vibes,” Maniezzo said. This year, organizers took advantage of the new Weston Family Learning Centre, which opened in October. The lower-level space upped the capacity by 200—and the event still had no trouble selling out.

A testament to its size, the party had guests lining up to use the elevators and traffic moved slowly through Walker Court, which had a photo booth set up in the center. The downstairs Weston Family Learning Centre filled slowly in comparison. “Flow between the spaces worked well,” Maniezzo said. "We imagine this will only continue to improve as more party-goers become aware of the Weston Family Learning Centre as a party destination moving forward."

The fund-raiser included a number of interactive installations from artists like An Te Liu, Jenn E. Norton, and Justin Broadbent. Kobo increased its sponsorship to become the headlining preparty sponsor this year. The e-book-reader brand created a Victorian-style photo area, inspired by Edgar Allan Poe’s The Raven. 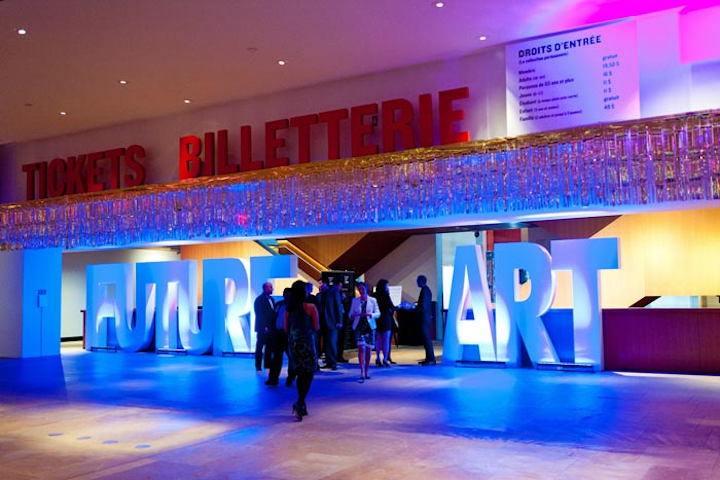 To enter the party, guests walked between giant Styrofoam letters that spelled out "Future" and "Art." Although the theme focused on six inspiring words, organizers centered the social media push around the concept of "future."
Photo: Emma McIntyre for BizBash 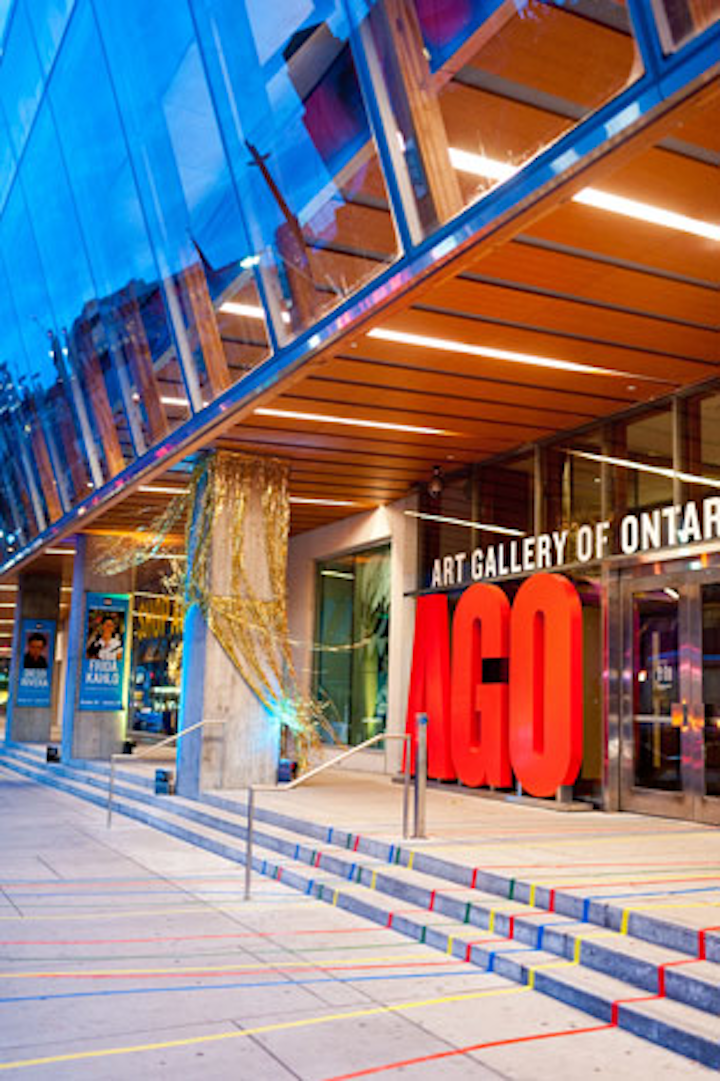 Glittering tinsel wrapped the exterior pillars and colourful lines led the way into the Art Gallery of Ontario for its annual Massive Party fund-raiser on Thursday evening.
Photo: Emma McIntyre for BizBash 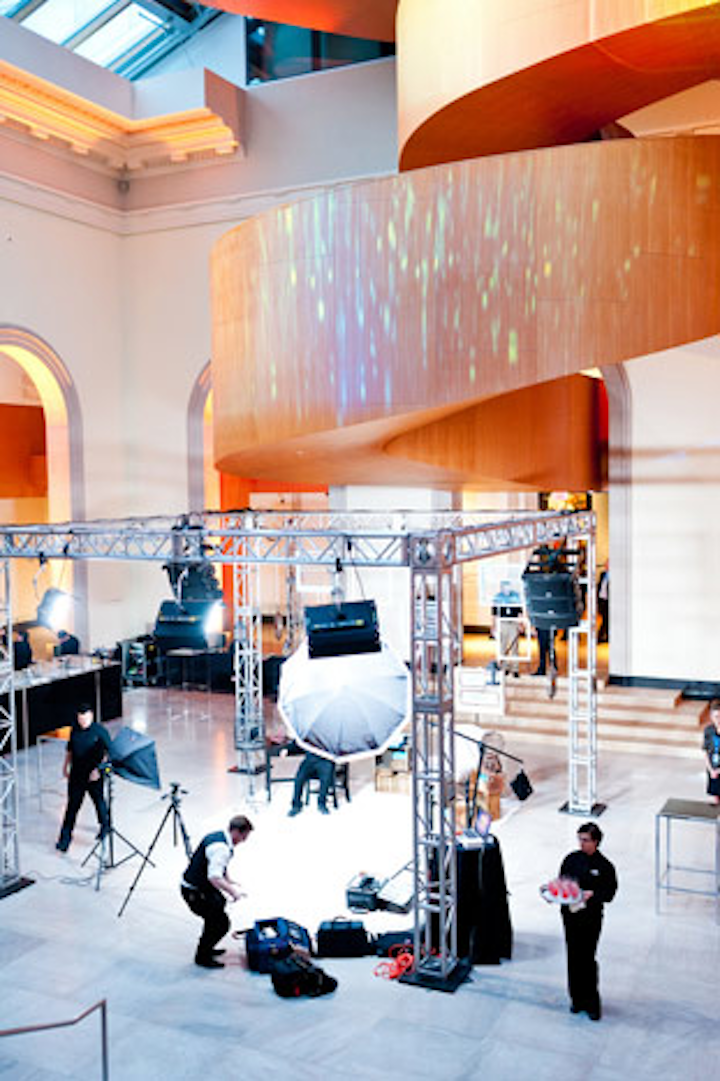 AusCan Media Productions projected tweets that filled in the blank after the hashtag #TheFutureOfArtIs onto the iconic spiral staircase in Walker Court.
Photo: Emma McIntyre for BizBash

Kobo created a photo area in the centre of Walker Court. Inspired by Edgar Allan Poe's The Raven, the space had a modern Victorian feel, with picture frames, windows, and lanterns hanging from a truss structure. To complete the theme, a model wearing all black posed with a stuffed raven.
Photo: Emma McIntyre for BizBash 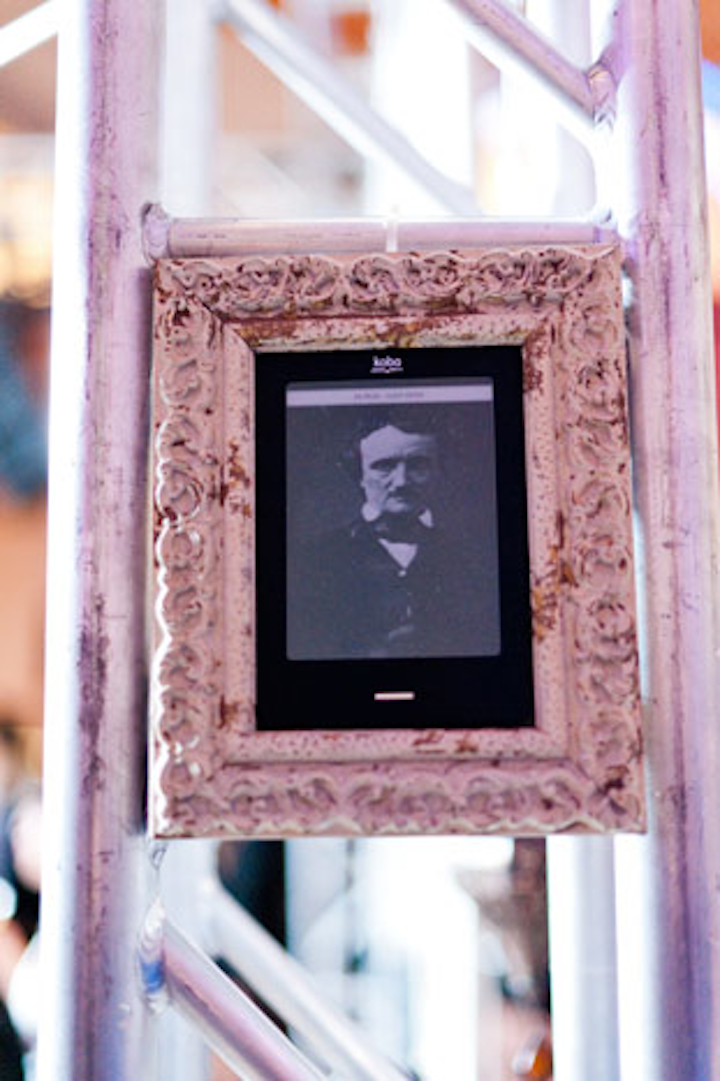 Sponsorship of the photo area was subtle, with framed Kobo e-readers hanging on two sides of the truss structure.
Photo: Emma McIntyre for BizBash 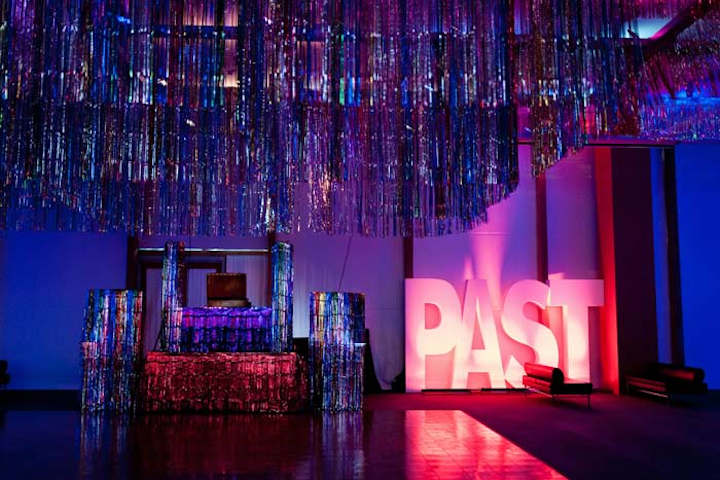 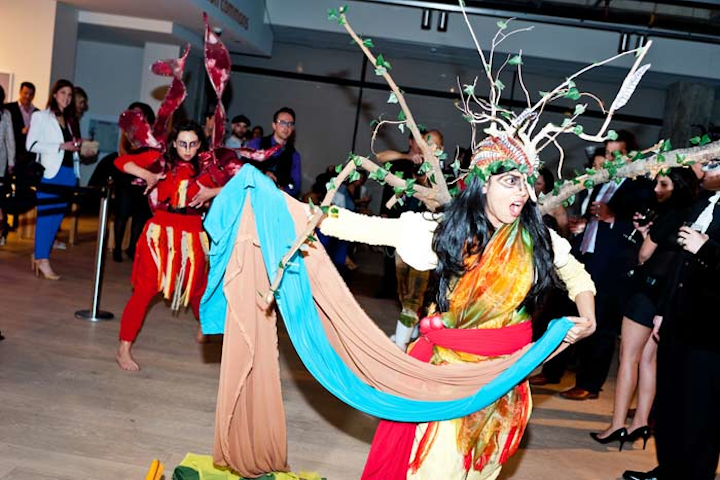 Artist Cesar Forero choreographed a performance with elaborately costumed dancers and singers. The piece was designed to explore the relationship between people and land.
Photo: Emma McIntyre for BizBash 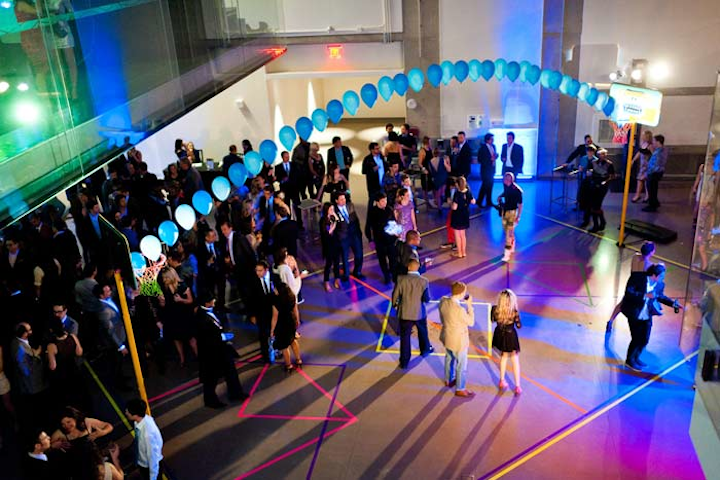 Artist Justin Broadbent created a glowing basketball court in the Weston Family Learning Centre. It was designed to feel like a high school basketball game, with cheerleaders and coaches lining the court.
Photo: Emma McIntyre for BizBash 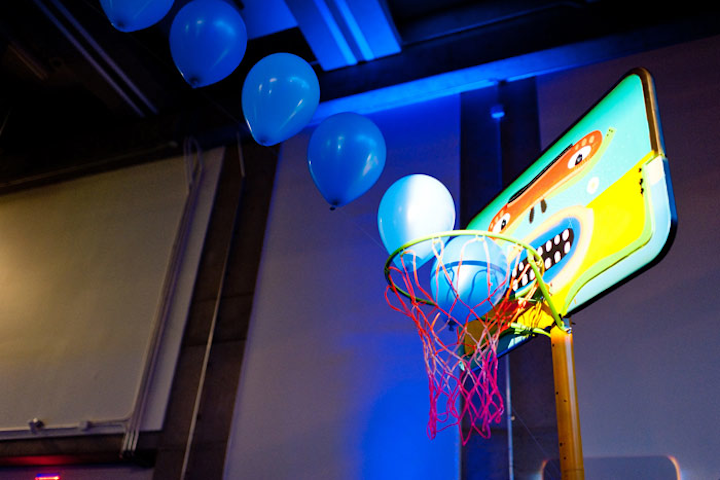 Balloons linked one basketball hoop to the other. The playful court was supposed to represent a game of good versus good.
Photo: Emma McIntyre for BizBash 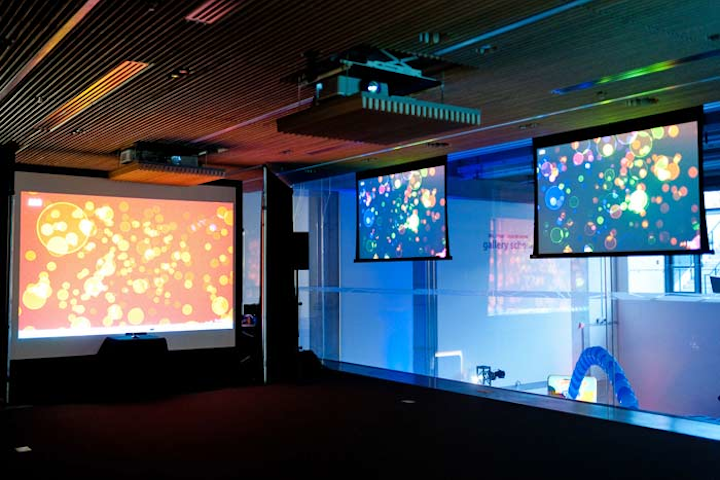 An interactive Twitter installation took up a seminar room of the Weston Family Learning Centre. Tweets were projected onto screens and the largest screen was interactive. As guests approached the screen, bubbles moved to form silhouettes.
Photo: Emma McIntyre for BizBash
More in Programming & Entertainment