If attendees at the opening of the Billabong and Element flagship forgot why they were there, they were aptly reminded by the brands' logos displayed on anything and everything.

If attendees at the opening party for the new Billabong and Element store in Times Square forgot why they were there, they were aptly reminded by the brands’ logos displayed on anything and everything. From the napkins and coasters to the pillows and seating in the after-party at the Maritime Hotel’s North Cabanas, the skateboarding and surfing brands were felt and seen.

The night continued at the North Cabanas, where the crowd, included celebrity skateboarders and surfers like Bam Margera, Sanoe Lake, and Andy Irons. More than 500 people were crowded around the bars and bopping to music from DJ Stretch. The after-party showcased even more branding—from the benches made from de-wheeled Element skateboards, to video projections on the leafy cabana walls, to the dozens of logoed pillows. 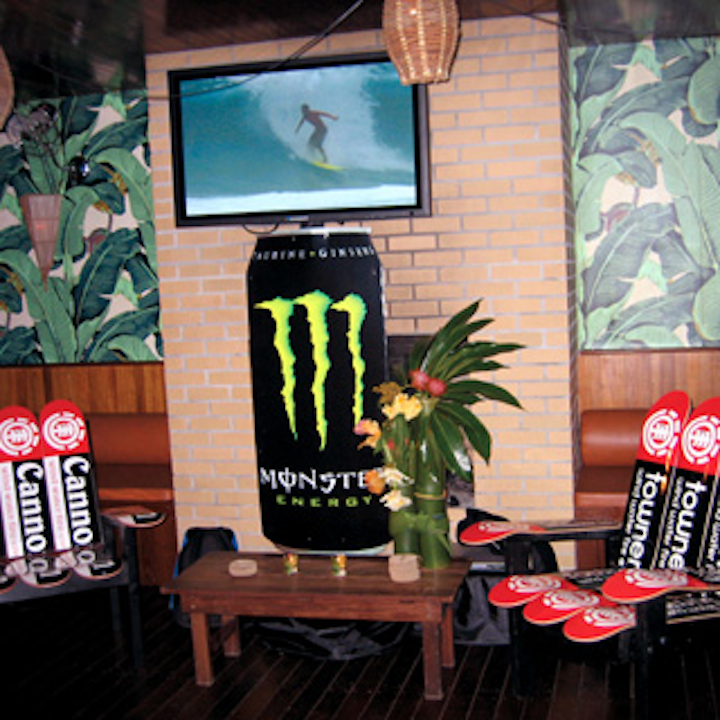 At the after-party in the Maritime Hotel for the launch of Billabong and Element’s new store, guests sat on chairs made from de-wheeled skateboards. 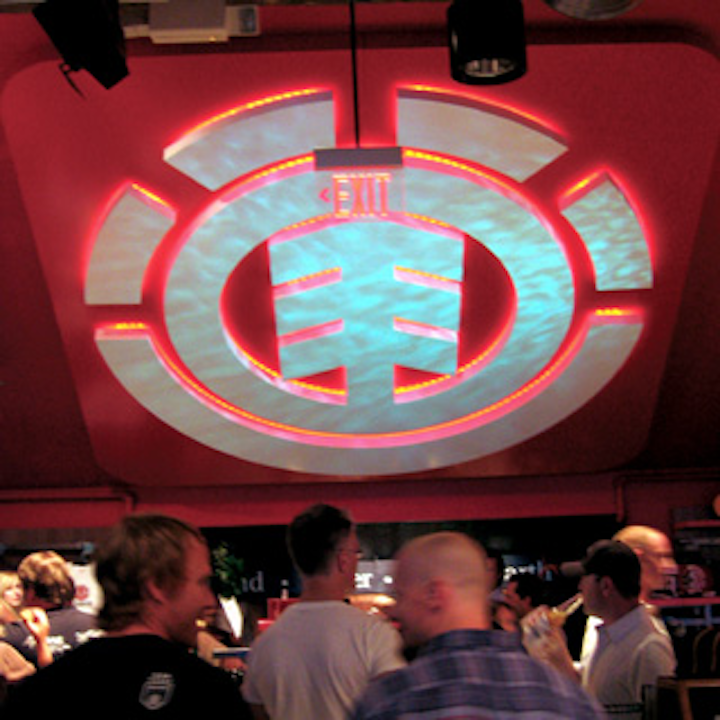 In the store, Robert Stark Lighting projected shimmering blue patterns onto a large illuminated Element logo, which had guests staring at the ceiling. 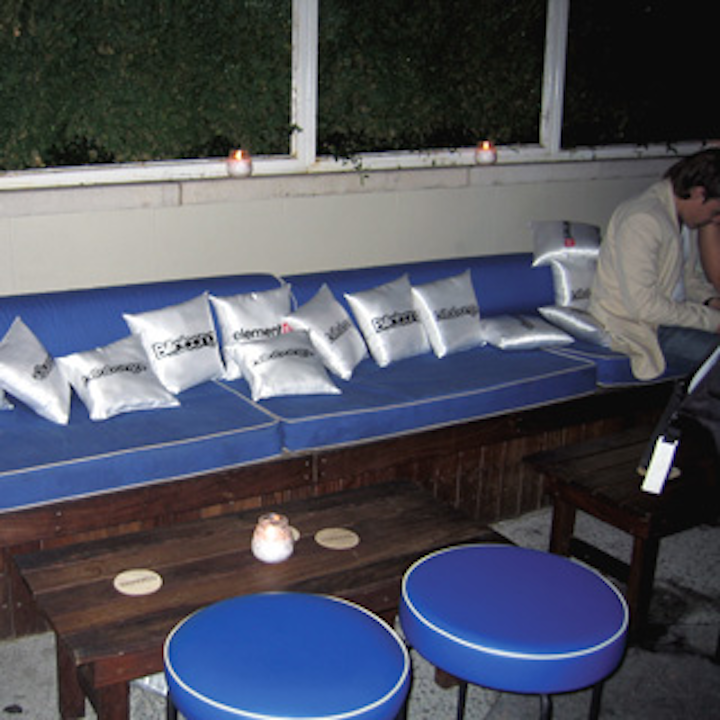 Dozens of branded pillows filled the banquette seating areas of the after-party. 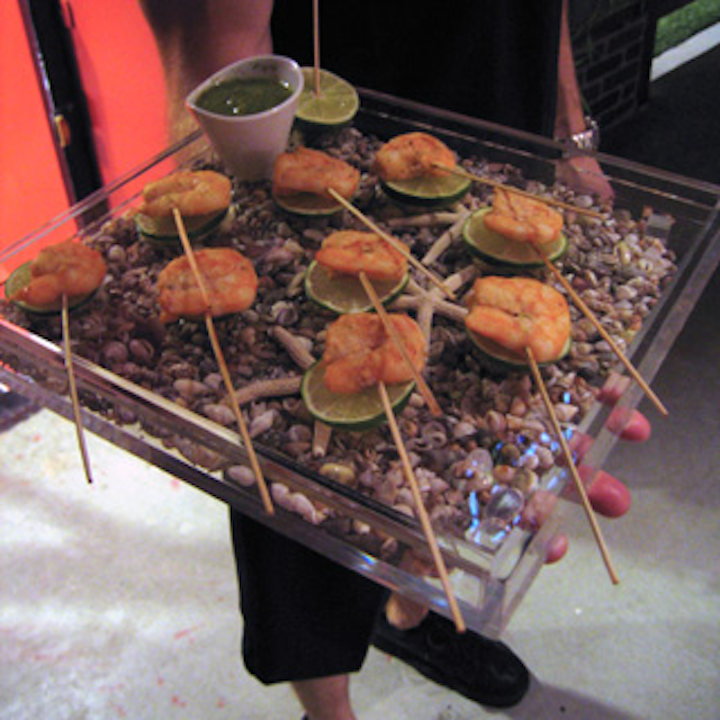