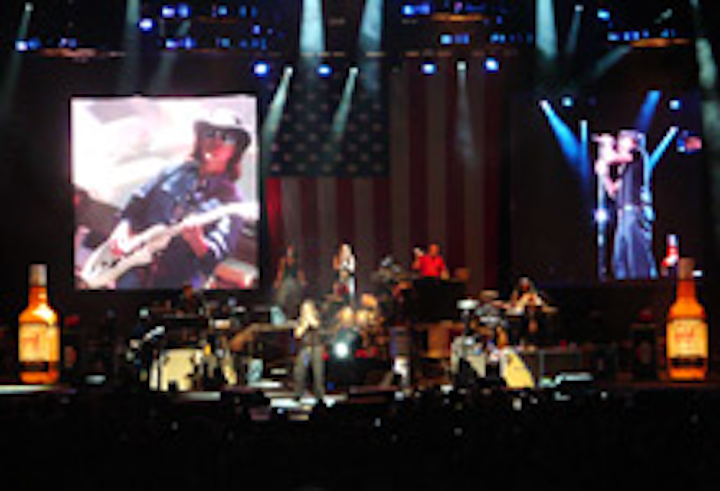 As senior director of bourbon and whiskeys at Beam Global Spirits and Wine Inc., Kelly Doss is responsible for growing the beverages' brand awareness in the U.S. This summer, Doss is overseeing the launch of Red Stag by Jim Beam, a new, cherry-flavored whiskey that hit shelves in June and is being promoted through Kid Rock's 25-city Rock and Rebels tour—and benefiting Operation Homefront, a nonprofit organization that provides services for troops and their families. Shortly after the product's launch, we spoke to Doss about the strategic alliance between the charity, the musician, and the liquor.

What is Jim Beam's involvement with Operation Homefront? How is Kid Rock involved?
Last year, Jim Beam donated approximately $250,000 to Operation Homefront through corporate donations, local market events, and support from distributors and retailers. This summer, 50 cents from every Kid Rock ticket sold will be donated to Operation Homefront to fund emergency aid, moving assistance, computer programs, and care packages in local chapters. And we give a number of the V.I.P. tickets that Kid Rock and his team provided us directly to soldiers that are returning home—we're trying to give them and their families a very positive experience as they work to resettle after duty.

What kind of Jim Beam branding do you have at the concert venues?
At each of the 25 venues, we'll have a tent flanked by two 20-foot Red Stag by Jim Beam inflatable bottles. There will also be two Red Stag models handing out Kid Rock biography cards and Red Stag by Jim Beam dog tags to fans. Also, the Red Stag/Kid Rock tour bus will be on site. In some markets, our national accounts team will be partnering with T.G.I. Friday's on a special Kid Rock/Red Stag promotion that will feature a party at a location close to the concert venue. The parties will have Jim Beam branded tents, drink specials, the Red Stag/Kid Rock tour bus, and a host of other consumer-engagement activities. And most every market will be hosting some sort of trade consumer V.I.P. event prior to the concerts, either at the venue or at a key account.

What is your role on site at the concerts?
I personally wish I could go to every concert—it would be a great summer. But since I can't, we're working with an agency that helps us facilitate. Jim Beam hired GMR Marketing to manage and operate all aspects of the on-site activation at the Kid Rock shows, mainly consisting of the 10- by 20-foot tents, inflatables, customer meet-and-greets with Kid Rock, and the branded tour bus.

Why did you choose to partner with Kid Rock?
He has been a great Jim Beam fan for years; he's also been a longtime supporter of the troops, and we have a strong national tie-in with Operation Homefront. Those things right there are really shared values. We saw a natural fit with him.