The Foundation for AIDS Research held its New York Inspiration gala at the Plaza, taking over a number of the historic spot's spaces for a fashion show, reception, silent auction, and dinner that used Microsoft's new Surface tablet.

Harnessing the power of technology thanks to a first-ever informal partnership with Microsoft, Thursday night’s fourth-annual New York Amfar Inspiration Gala, held at the Plaza, drew a diverse cross section of the worlds of fashion, design, finance, and art, all of which helped the M.A.C. Viva Glam-sponsored black-tie evening raise close to $1 million for the AIDS organization.

After two years at the New York Public Library, the move to the Plaza was not made without careful consideration. "The library offered us an amazing runway, but we were bursting at the seams," said event producer Josh Wood of Josh Wood Productions, "and to do a fashion show properly with that two-city-block runway made it a bit too long, time-wise."

The juxtaposition between the hotel's stately architecture and an of-the-moment fashion-cum-music event also made for tremendous visual appeal. "Having an edgy and hard masculinity against this massive baroque venue more aligned with debutante balls and teatime felt very fresh and cool," Wood said. "I thought it'd be fun to bring this crowd to an institution that's classic New York—and one that they probably don't visit often, if ever."

Throughout the night, guests visited nearly all of the hotel's iconic rooms. Following a cocktail hour in the historic Oak Room, a tightly edited 54-look fashion show—this year's theme was "interpretive camouflage and military tailoring"—commenced via a 150-foot-long runway that stretched from the gilded Terrace Room into the stained-glass-filled Palm Court. "Having it at the Plaza softened and debunked the harshness of the whole military theme," Wood said.

Upstairs in the grand ballroom, where a seated dinner was awash in shades of amber light, guests were able to experience the 85 Microsoft Surface tablets on hand; the high-tech gadgets were placed as centerpieces at each of the 43 tables and allowed guests to take photos to upload to social media. "We've never had a technology component," said Wood, who brought Microsoft and Amfar together after the former tapped Wood as one of their "influential New Yorkers."

"Josh, a great evangelist of Windows and Surface, was definitely the person behind our partnership with Amfar on the Inspiration Gala," said Ed Chase, group marketing manager at Microsoft, whose tablets were utilized for guest check-in as well as in coordinating dinner seating and the silent auction presentation. Being so visible in front of a highly coveted audience of influencers is important to many brands, but Chase said Microsoft got involved because the synergy was right. "We were very careful not to introduce technology for technology's sake and made sure everything we did added value and efficiency during the event," he said. "Using technology to help provide a positive guest experience and raise additional funds to help AIDS research is why we used Windows and Surface at this event."

Microsoft wasn't the only new inductee into the gala. New vendors brought onboard this year included Raúl Ávila for flowers and Bentley Meeker Lighting & Staging, the hotel's contracted lighting, video, and audio provider.

Build out to tear down, meanwhile, took one full day.

As for future partnerships for Amfar's global event series, Wood alluded to Microsoft's continuing involvement with the Inspiration Galas, which, in addition to taking place in New York, Los Angeles, and São Paulo, will also be hosted in Toronto and Rio de Janeiro this fall. 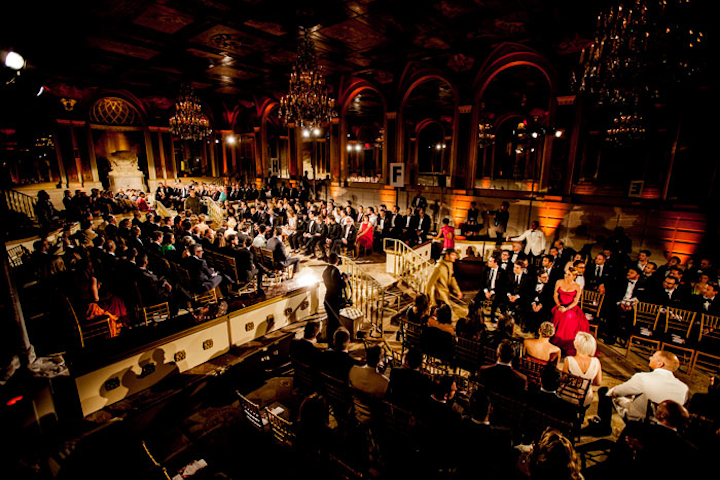 The 54-look, "interpretive camouflage and military tailoring"-themed runway show for approximately 450 guests took place in the 4,680-square-foot Terrace Room on the main level. Produced by Josh Wood Productions, part of the Plaza's appeal was the juxtaposition of the baroque architecture and gilded details with the modern designs by some of the world's most fashion-forward designers.
Photo: Kevin Tachman 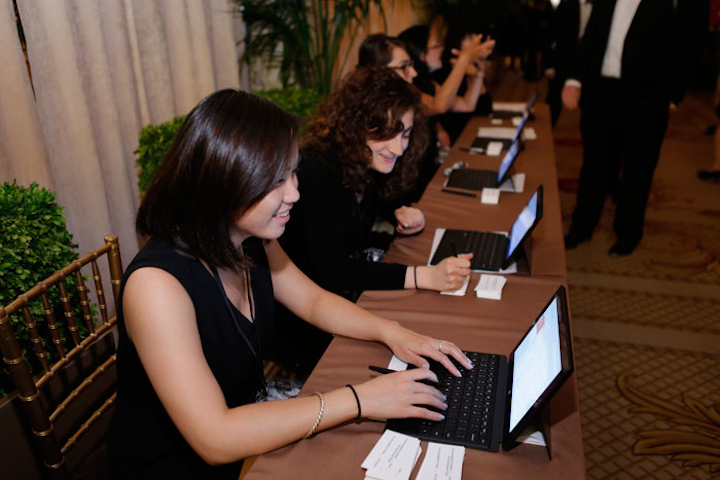 Microsoft's contribution of 85 Surface tablets helped pave the way for an efficient and fuss-free electronic check-in system; it also served as an eco-friendly nod to reducing paper use. The "Surface" logo was also displayed on the step-and-repeat backdrop.
Photo: Jemal Countess/Wire Image 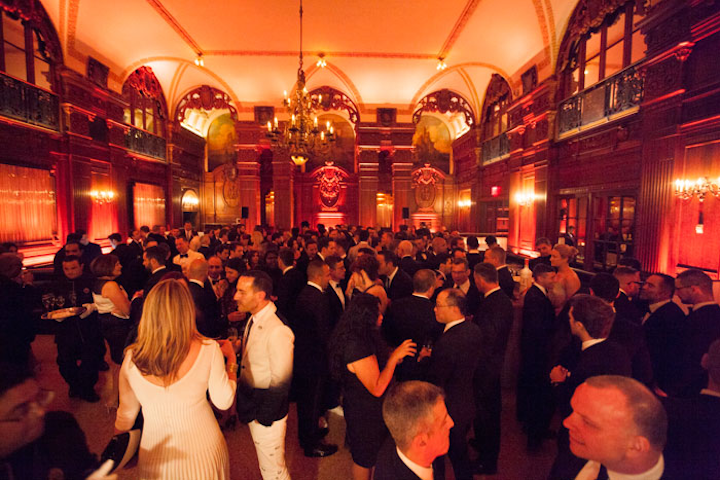 Cocktail hour in the Oak Room drew a diverse crowd of names from the fashion and arts communities, including guests like Liza Minnelli, Uma Thurman, and Thom Browne. The gala utilized nearly all of the Plaza's famed public spaces, giving attendees the opportunity to rediscover the hotel in the process.
Photo: Kevin Tachman 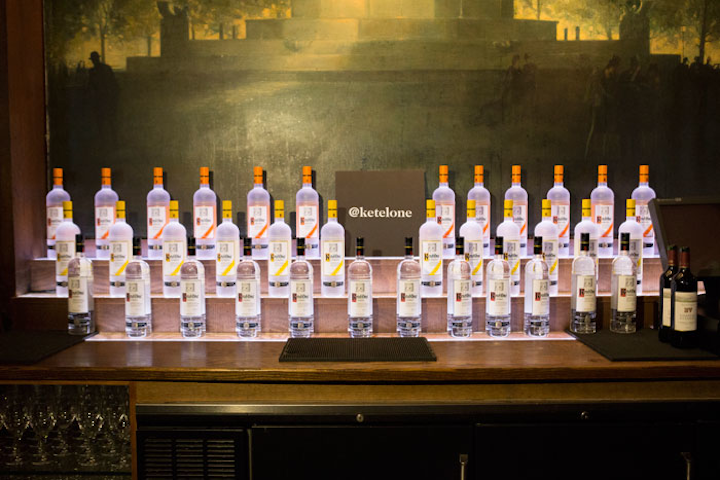 Vodka sponsor Ketel One displayed its product in the cocktail hour in the Oak Room. The brand encouraged guests to interact on social media with a sign displaying its Twitter handle.
Photo: Kevin Tachman 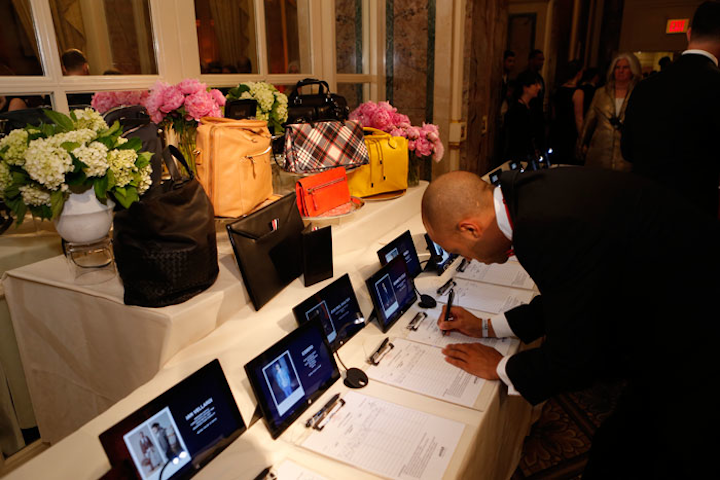 More than a dozen Microsoft Surface tablets were utilized during the silent auction, where guests could electronically peruse and view details of items that would otherwise be difficult to illustrate, including full runway outfits and destination vacation packages.
Photo: Jemal Countess/Wire Image 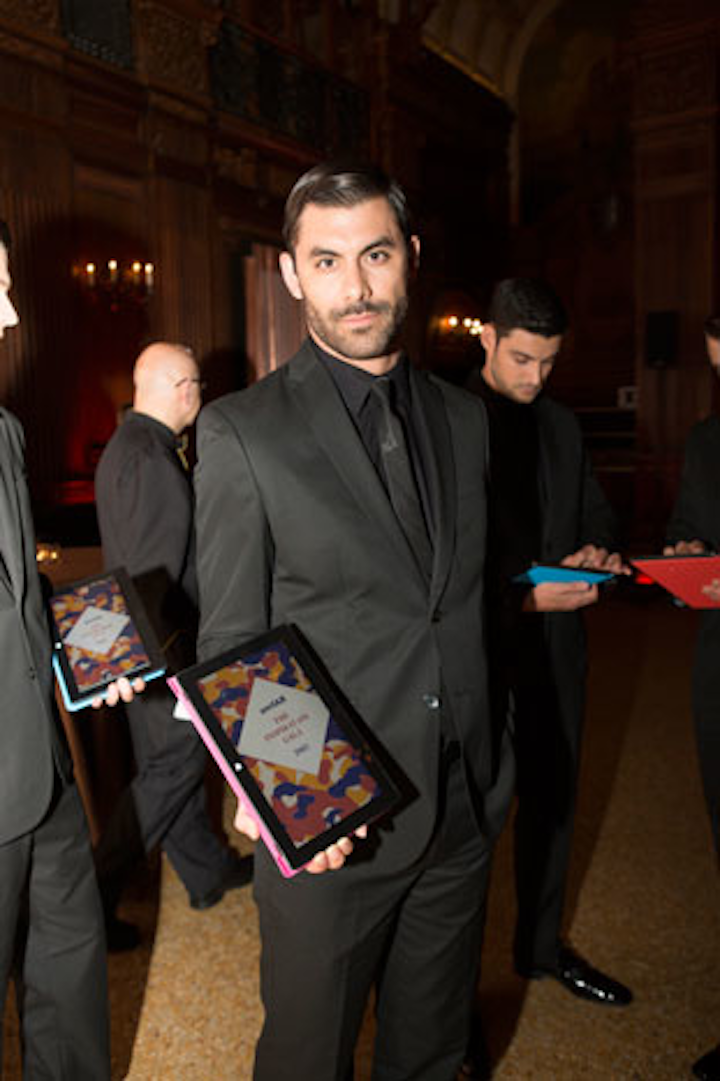 With assignments programmed into the Microsoft Surface tablets, guests could easily get their dinner table numbers. In keeping with the night's theme, a camouflage graphic was displayed on the home screen of each tablet.
Photo: Kevin Tachman 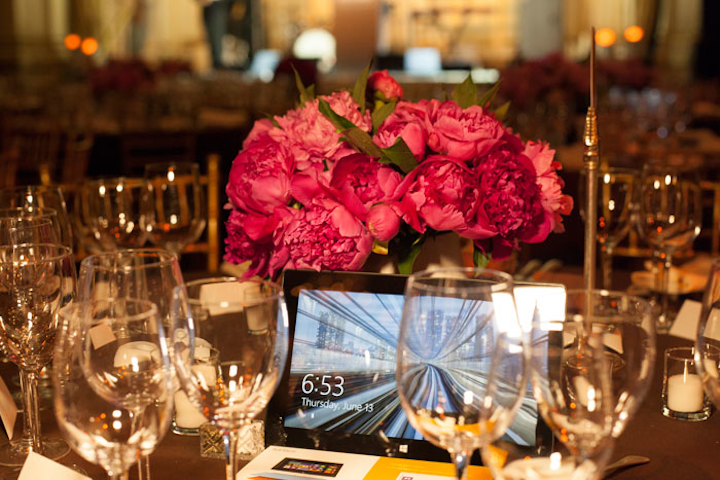 Staffers were specially trained to operate the Microsoft Surface tablets, and each table featured the new technology in which guests could peruse the auction items, learn more about the evening's honorees and the Amfar Inspiration Gala, and take photos to upload to social media platforms. "Our objective was to add value and enhance the guest experience with technology throughout the evening," said Ed Chase, Microsoft's group marketing manager.
Photo: Kevin Tachman 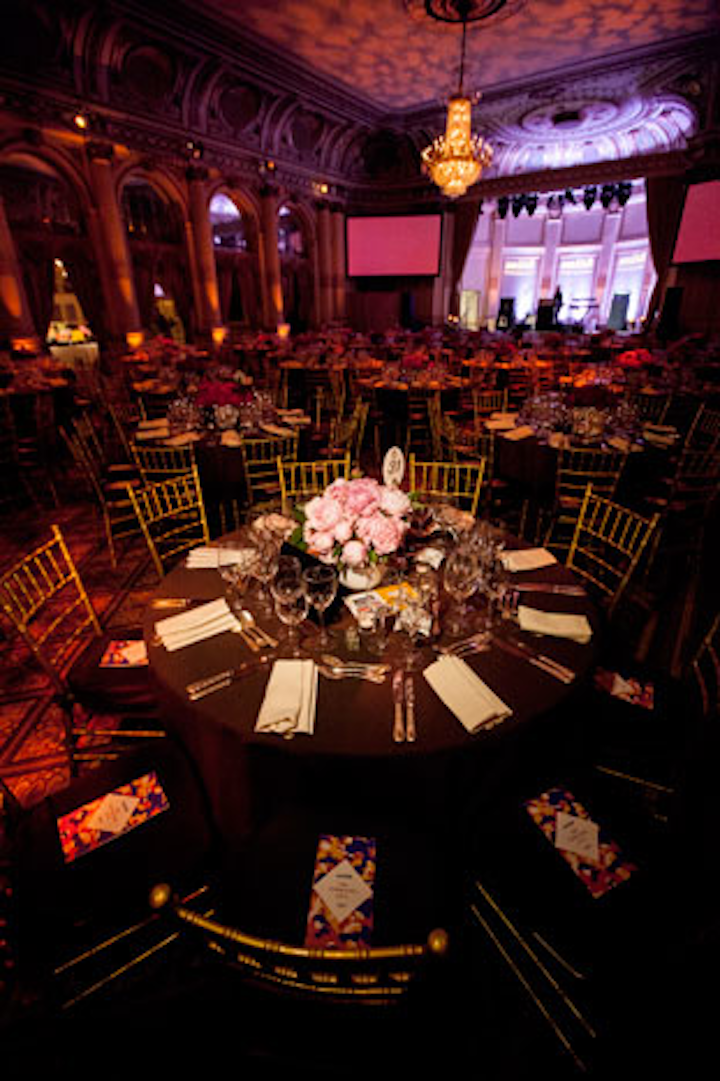 Floral designer Raúl Ávila, perhaps best known for his work on the Met's annual Costume Institute Gala, came onboard for the first time, creating simple but bountiful peony centerpieces in different hues that sat on each of the 43 dinner tables.
Photo: Kevin Tachman 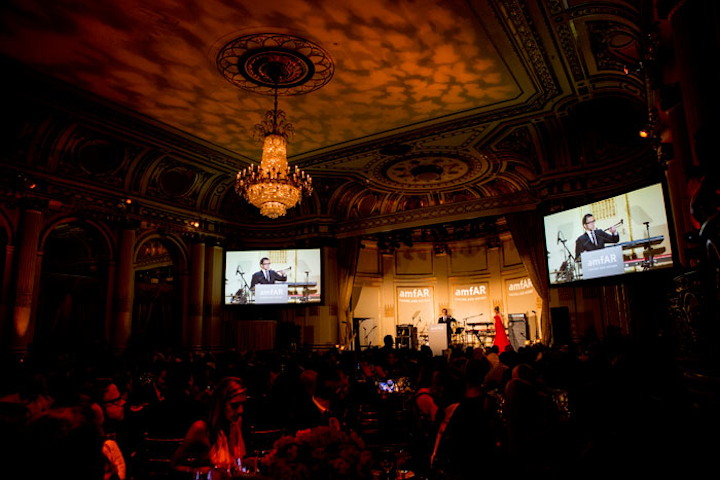 Carrying through the evening's military-camouflage theme, Bentley Meeker projected an abstract camouflage motif on the ceiling of the Plaza's gilded grand ballroom, which was bathed in amber light. Projection screens erected in each corner of the room ensured an unobstructed view for all guests.
Photo: Kevin Tachman 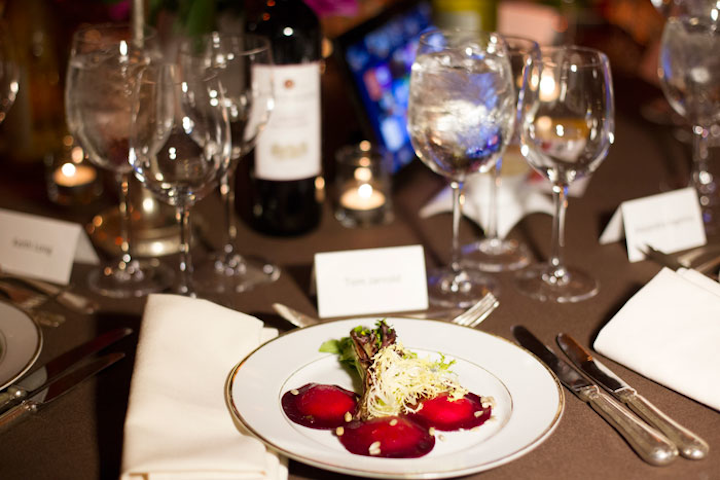