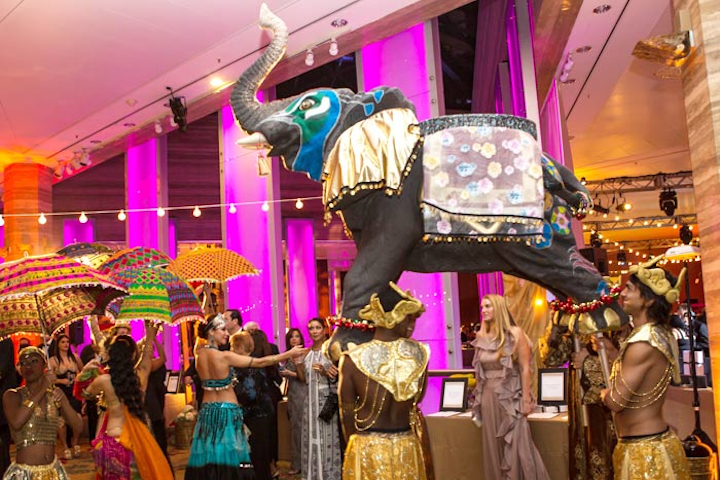 In keeping with the event's Bollywood theme, an elephant made by Primetime Amusements led guests in a parade to the dining space at InterContinental Miami.
Photo: Sonja Garnitschnig

On November 3, Shiraz Events turned the InterContinental Miami into a Bollywood-inspired set for the InterContinental Miami Make-A-Wish Ball. A fuchsia-hued carpet led guests into the venue where they were met by an elephant topiary designed by Temporary Tropics. To further the Bollywood theme during the cocktail reception, the production team created an Indian street-market scene, complete with baskets of spices, fruits, and vegetables, as well as silent-auction stands. Guests were treated to a Bollywood dancing flash mob before heading into the dinner space—a traditional Indian tent—which was led by a parade including more elephants created by Primetime Amusements.

The event, which was attended by 900 guests, raised $1.6 million for Make-A-Wish Southern Florida.