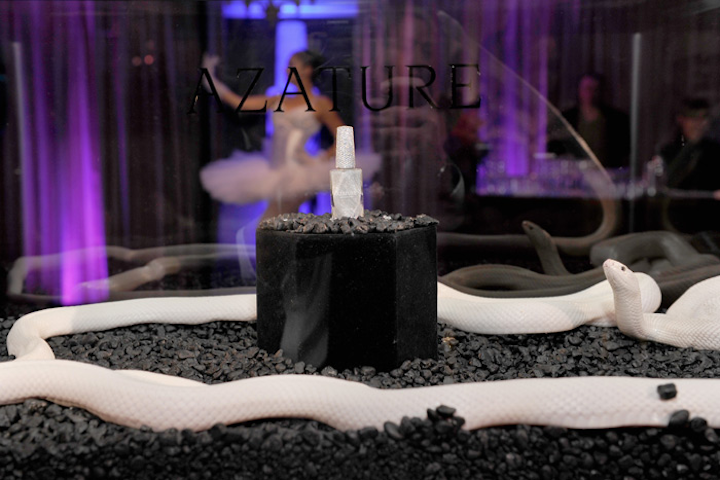 On October 8, white snakes slithered around black diamonds at a rather unusual bash in Los Angeles. To launch its new $1 million bottle of nail polish—yes, $1 million—Azature Jewelry hosted the "Black Diamond Affair" at Sunset Tower Hotel. The pricey nail lacquer is infused with 98 carats of white diamonds and one black diamond. To underscore its rare, exotic nature at the event, the bottle was placed behind glass and guarded by the serpentine creatures.

Other fantasy-inspired elements included performers dressed as mermaids in the swimming pool and ballerinas performing to classical music throughout the 100-guest affair. EFG produced the event in partnership with B. Levine Productions, with flowers by Eddie Zaratsian.