For the 25th anniversary Helen Hayes Awards Ovation Gala, lighting technicians projected the logos of more than 80 theater companies onto the walls and floor of the JW Marriott Hotel.

Monday night is usually a quiet night for Washington. For actors and performers, it's also traditionally a day off and, thus, time to party. So it went on Monday at the Washington Theater Awards Society's 25th anniversary Helen Hayes Awards Ovation Gala, where more than 1,200 members of the Washington theater community gathered at 10:30 p.m. at the JW Marriott Hotel for a celebration following the award ceremony at the nearby Warner Theater, which recognized excellence in Washington's professional theater.

This year, in light of the silver anniversary, event manager Tedd Davis of Tedd Davis Events opted to make all theaters in the Washington metro area part of the celebration by projecting logos from more than 80 theater companies onto a giant star hung over the atrium. Davis and his team also transformed the Marriott's atrium into a “Walk of Fame,” with decals of theater logos fastened to the floor tiles.

Since the event draws guests from all age ranges, Davis created three unique spaces, each with a different vibe. Guests moved between the Marriott’s two ballrooms and a lounge sponsored by Bloomingdale’s, an area outside the Capitol Ballroom decorated with white modern furniture and white curtains to section off the space. In the grand ballroom, Ociana Group florist Jay Watkins topped tables with a formal floral arrangement of roses and a cylindrical glass vase etched with the table sponsor’s name. Meanwhile, the Capitol Ballroom is where nominees and winners alike—most wearing a souvenir glow stick necklace—danced until the party ended at 1 a.m. 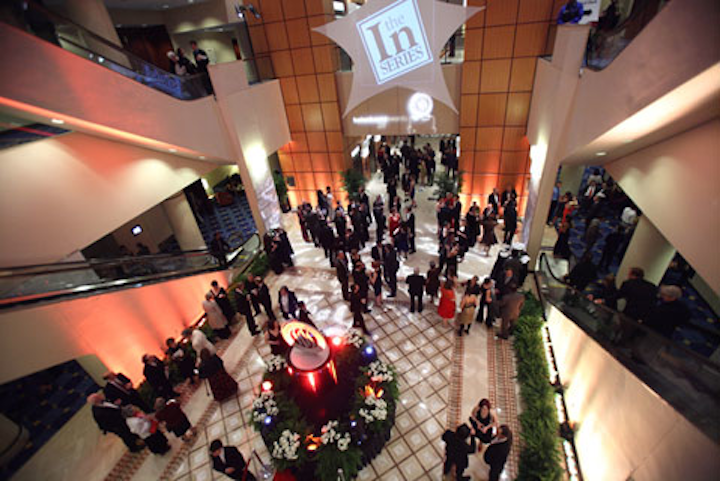 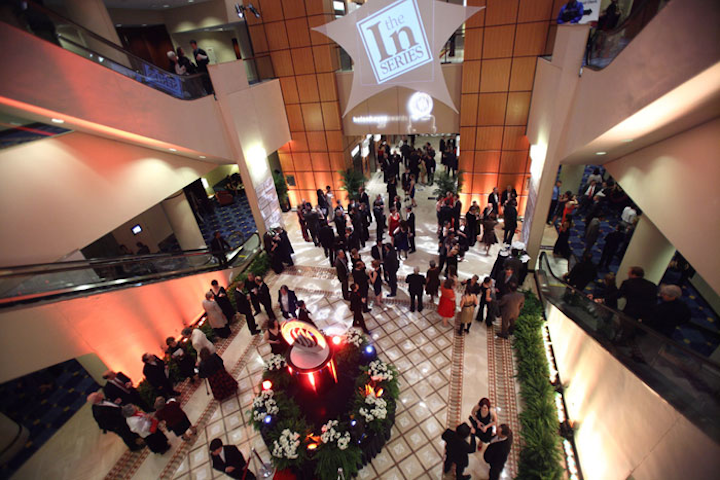 More than 1,200 guests gathered at the JW Marriott Hotel after the award show at the nearby Warner Theater.
Photo: Tony Brown/Imijination Photography for BizBash 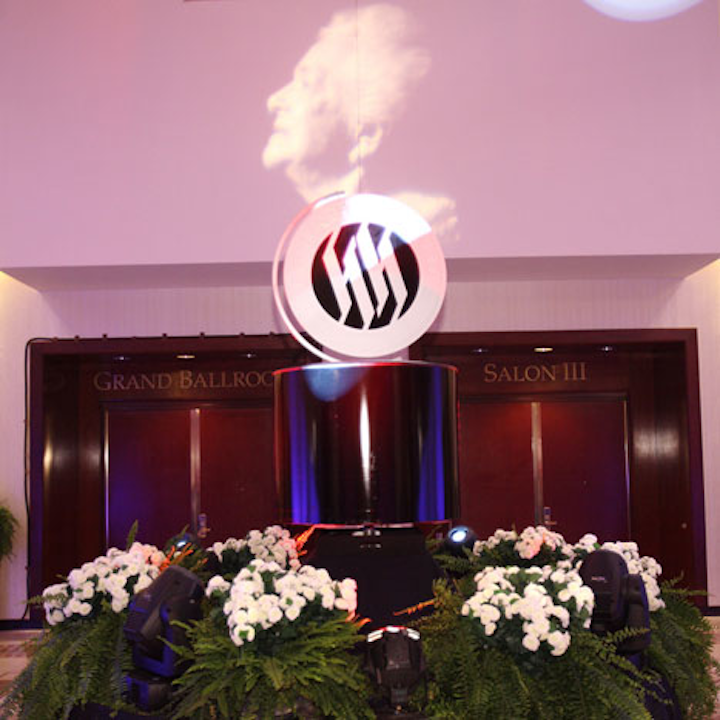 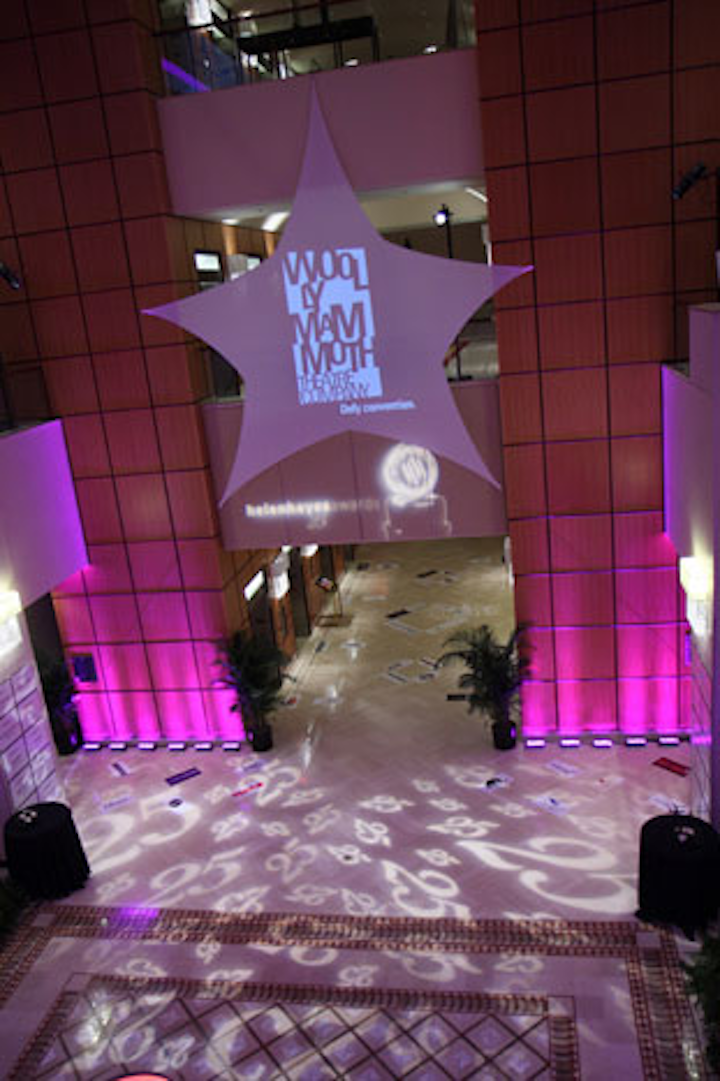 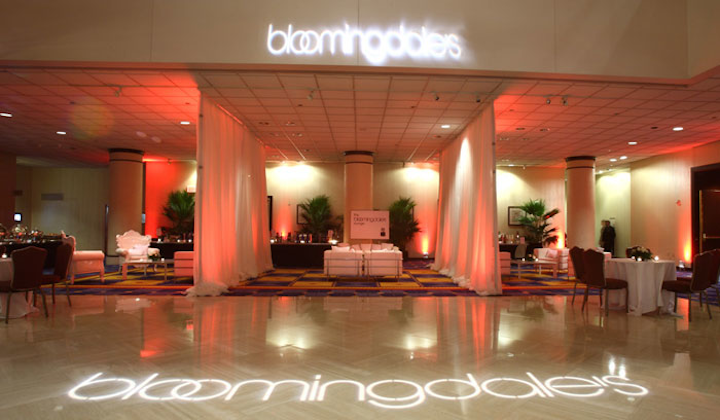 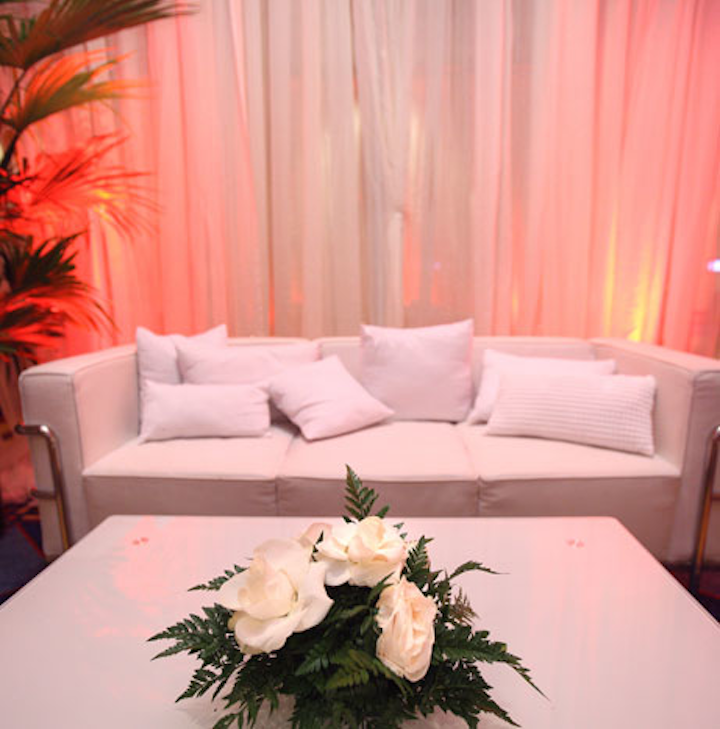 Jay Watkins of Ociana Group made floral arrangements for the Bloomingdale's lounge and the dining tables in the ballroom.
Photo: Tony Brown/Imijination Photography for BizBash 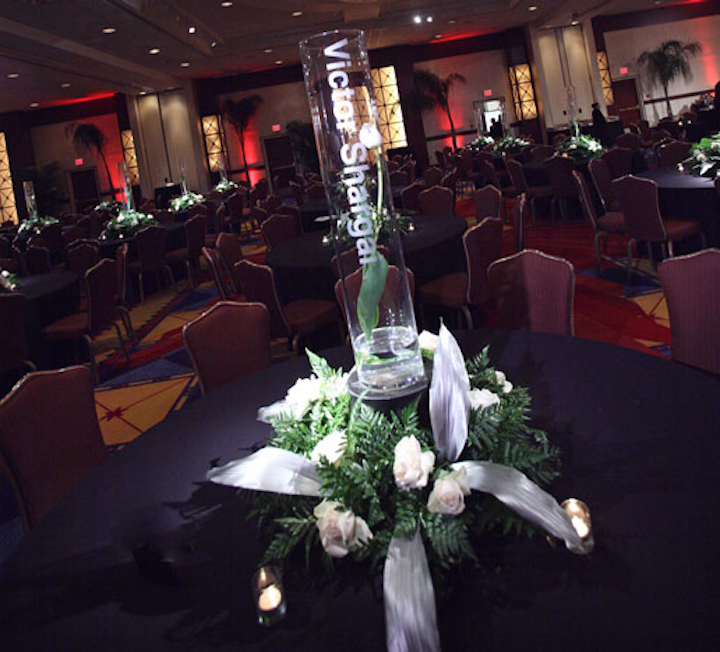 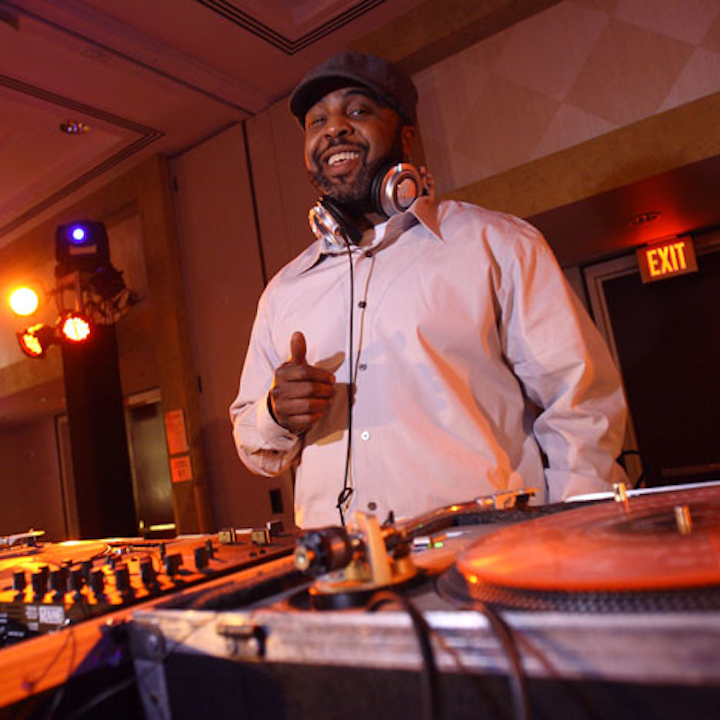 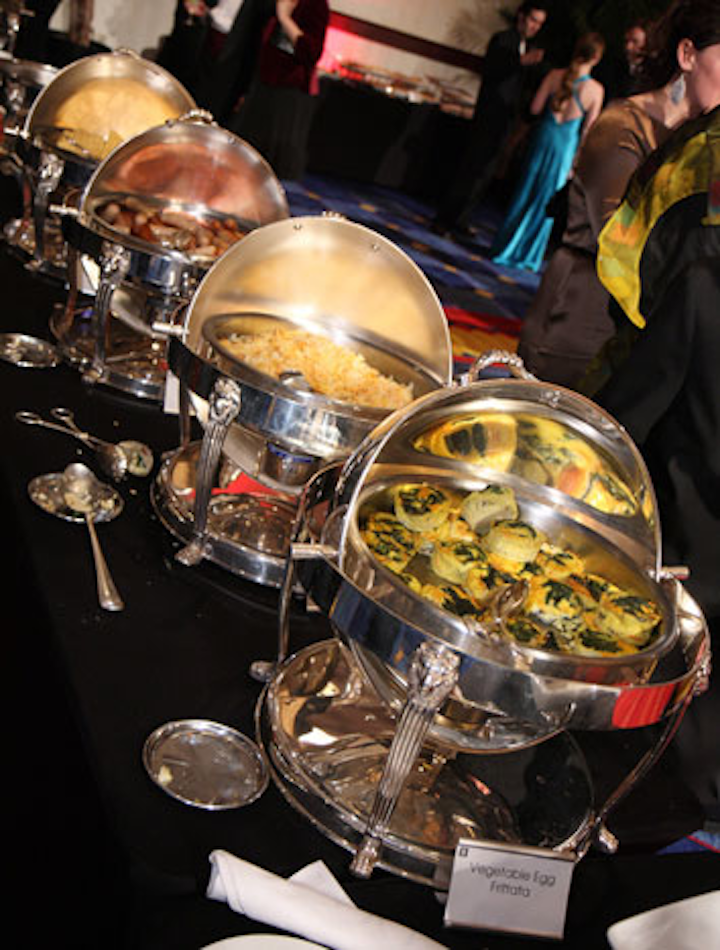 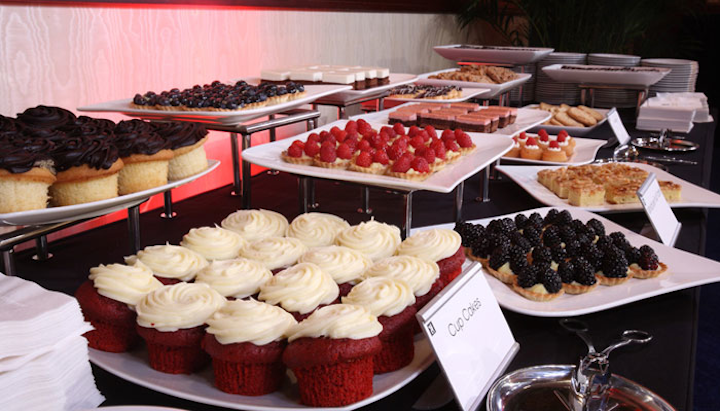 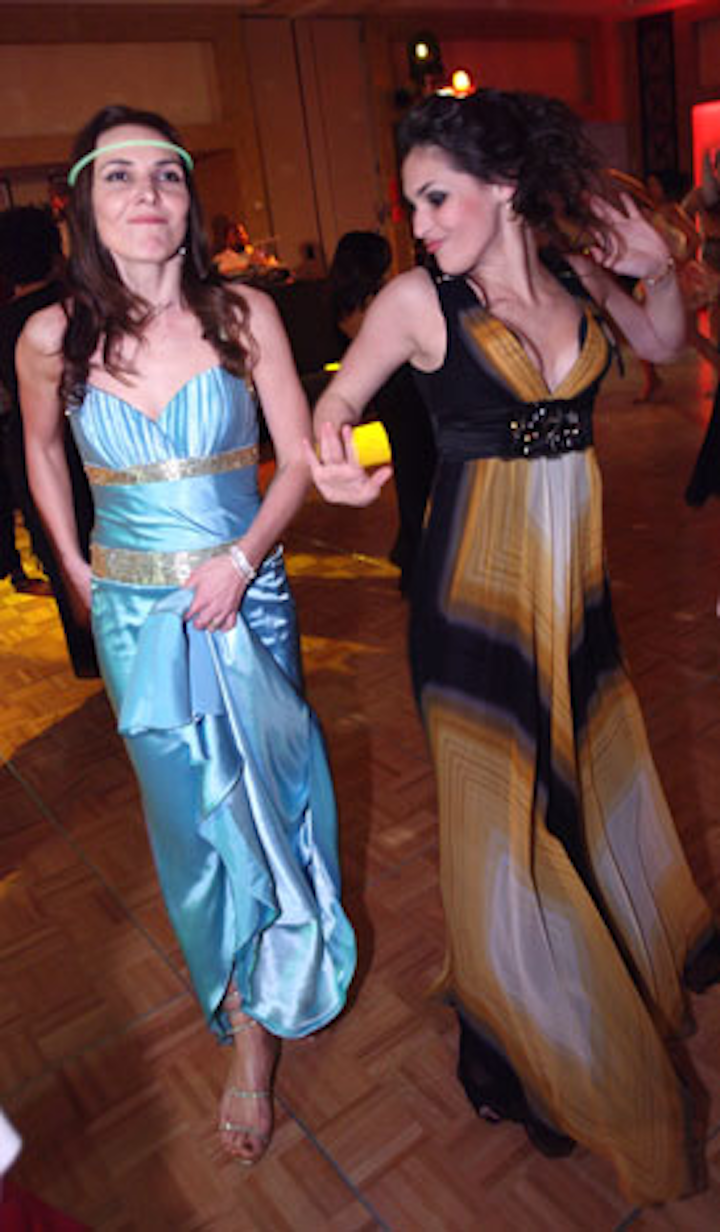