BET celebrated its third annual BET Honors, which recognize outstanding achievement by African Americans, with a full roster of events this weekend. The festivities kicked off on Friday evening with a 200-guest dinner at Meridian House celebrating this year’s five honorees, Whitney Houston, Queen Latifah, Sean “Diddy” Combs, neurosurgeon Dr. Keith Black, and Dr. Ruth Simmons, president of Brown University. The honorees were then feted the next day at the Warner Theatre in a four-hour ceremony, followed by an after-party at the Ronald Reagan Building and International Trade Center.

Despite coinciding with the Golden Globes on Sunday night in Los Angeles, BET still landed big-name talent for its award ceremony, with performances by Jennifer Hudson, Stevie Wonder, Mary J. Blige, Patti LaBelle, and Maxwell. “It’s getting better and better. More A-list talent comes every year,” said Tonya Railey, an event coordinator for BET. “Everything is V.I.P., and we give everyone that V.I.P. treatment. We want to wow our guests, from the invitation to the parking, the red carpet, the whole process.”

In pulling together the weekend of events, BET’s Railey, Natasha Bryson, Bobette Gillette, and Sarah Storrs turned to event producer André Wells—for the third year in a row—to create the look for the honoree dinner and after-party. Wells chose fabrics in blues and teals for both events, creating a continuous look for the whole weekend. “We’re playing on shades of blue. It’s fun, definitely not stuffy at all,” Wells said.

At Meridian House, blue uplighting, modern floral arrangements, and bright furniture in sleek shapes contrasted with the mansion’s traditional architecture. Guests posed for photos on a blue carpet in the vestibule and then sipped cocktails in three rooms of the house, with jazz musician Phillip Martin performing in one and DJ Sixth Sense spinning in another. For dinner, Wells set up a heated tent that housed 19 tables draped in linens in varying shades of teal. Harpist Rashida Jolley and DJ Adrian Loving provided entertainment during the Occasions-catered meal of grilled beef tenderloin with a trio of lobster.

With 2,000 guests in attendance, Saturday night's after-party marked a return to 2008’s event format, following last year’s scaled down version that happened to coincide with the inauguration and its glut of balls and parties. Although more celebrities were in town last year, this time plannersdidn’t have the hassle of additional street closures and more security.

Shortly after the honors ended at 11 p.m., guests walked the one and a half blocks over to the Regan Building, where they sipped champagne, snacked on passed hors d'oeuvres such as empanadas and mushroom wontons, or grabbed something more substantial at buffet bars that included lobster rolls, hamburgers, falafels, and barbecue sandwiches. While some of the big name celebrities from the show made themselves scarce—though awards host Gabrielle Union hung out in the Ambi lounge—the crowd stayed till 2 a.m., when bartenders started packing up.

The Honors award ceremony will air on BET on February 1 at 9 p.m. 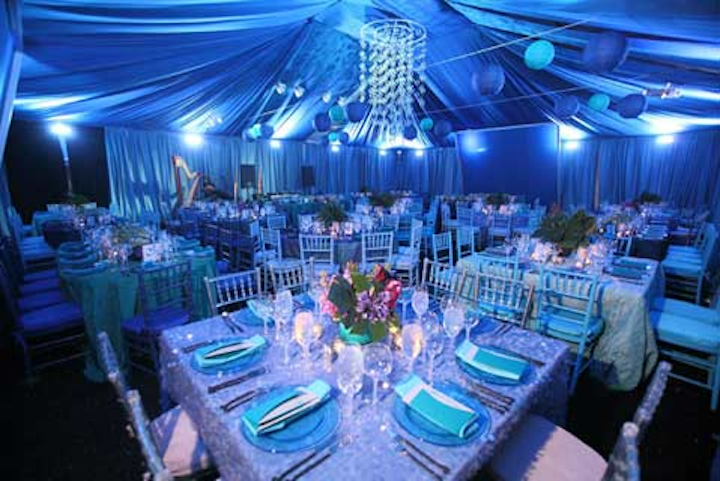 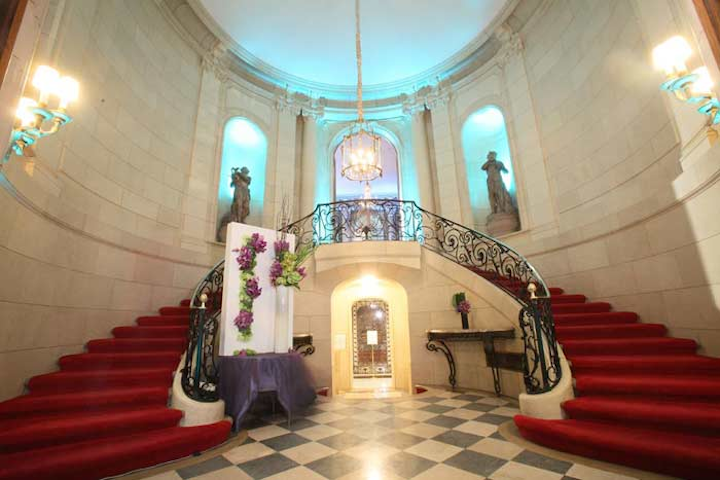 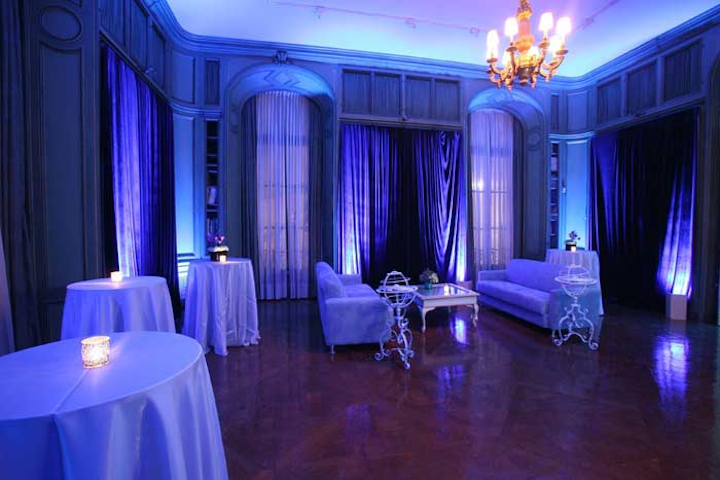 The honoree dinner's 190 guests gathered for cocktails prior to dinner in rooms splashed with blue uplighting and furniture grouped for conversation.
Photo: Tony Brown/Imijination Photography for BizBash 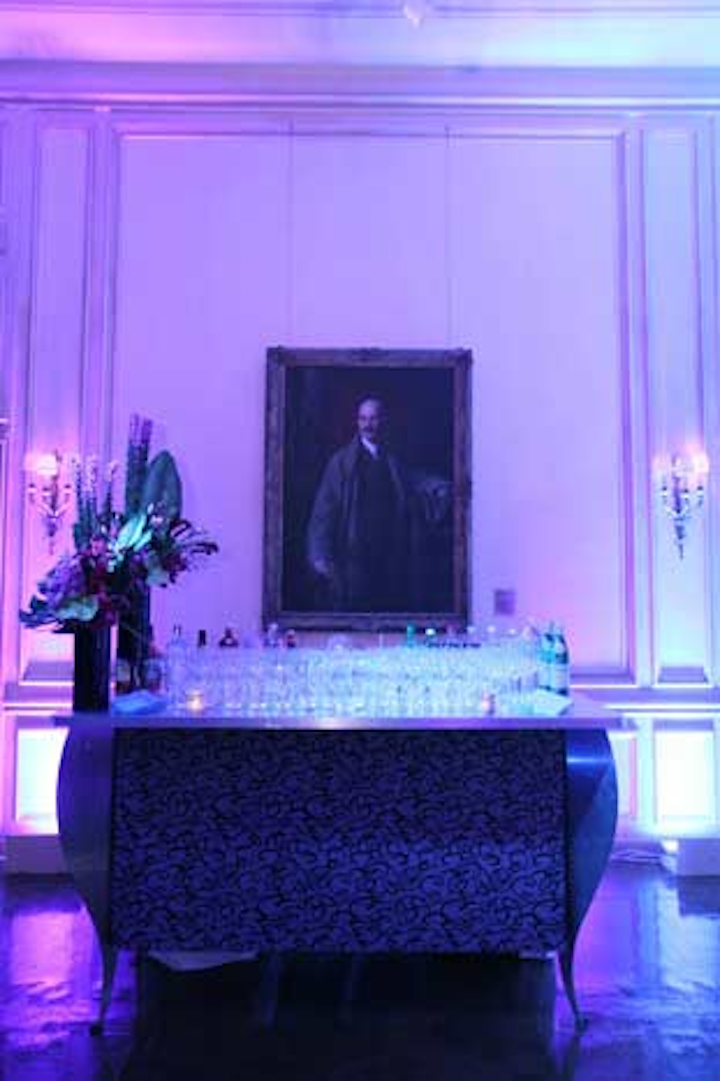 At the honoree dinner, André Wells installed sleek bars and bold floral arrangements with palm fronds to create a mix of old and new set against the Meridian House's traditional architecture and decor.
Photo: Tony Brown/Imijination Photography for BizBash 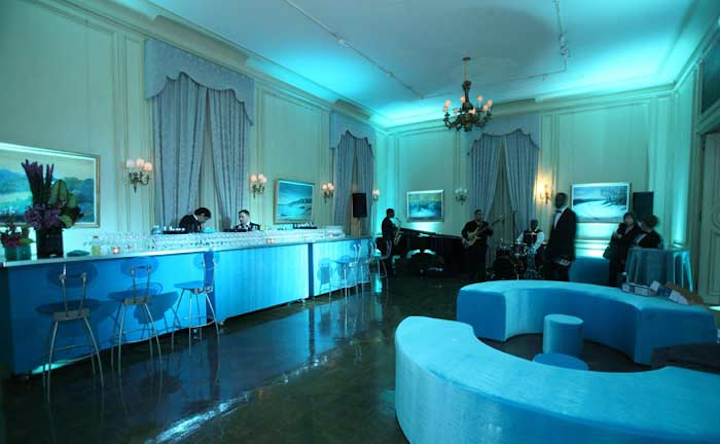 A jazz band played during the cocktail hour before the honoree's dinner, in a room decorated with a long uplit teal bar, teal Ultrasuede couches, and BET logo-emblazoned bar stools.
Photo: Tony Brown/Imijination Photography for BizBash 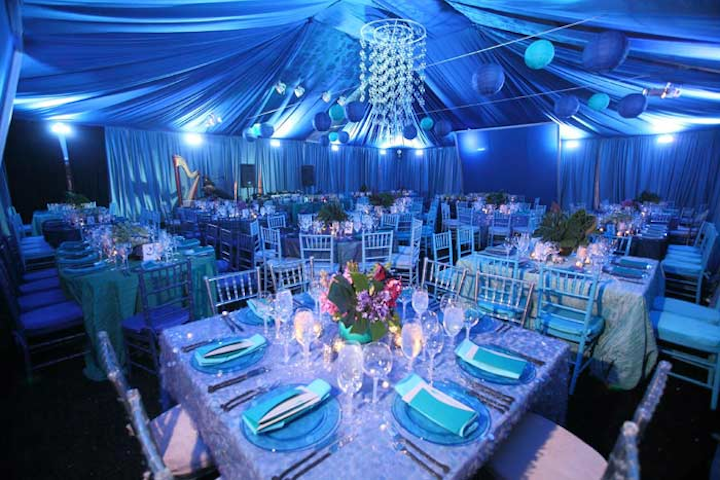 The honoree dinner was held in a fabric-draped tent set up outside Meridian House and was decorated in shades of blue, with paper lanterns and clear plastic spheres dangling from the ceiling.
Photo: Tony Brown/Imijination Photography for BizBash 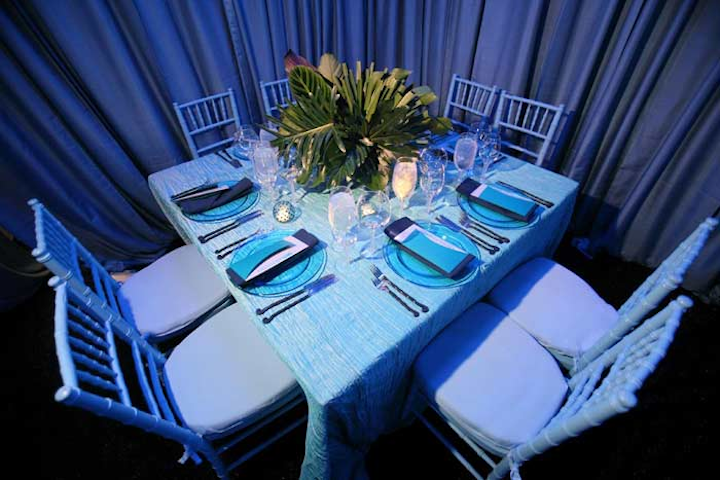 The 19 tables at the honoree dinner were topped with varying shades of blue tablecloths, some in sequined fabric, and low floral arrangements by Volanni.
Photo: Tony Brown/Imijination Photography for BizBash 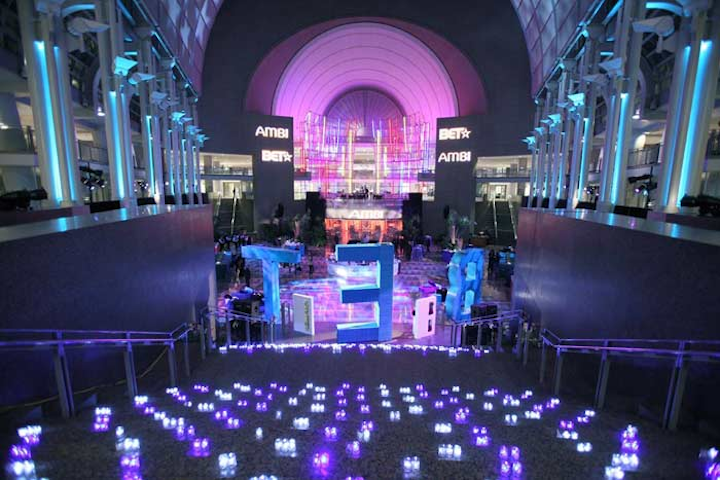 Giant teal BET letters fashioned from sequined velvet fabric served as the focal point of the after-party in the Reagan Building atrium, where hundreds of blue and white votives covered the main staircase.
Photo: Tony Brown/Imijination Photography for BizBash 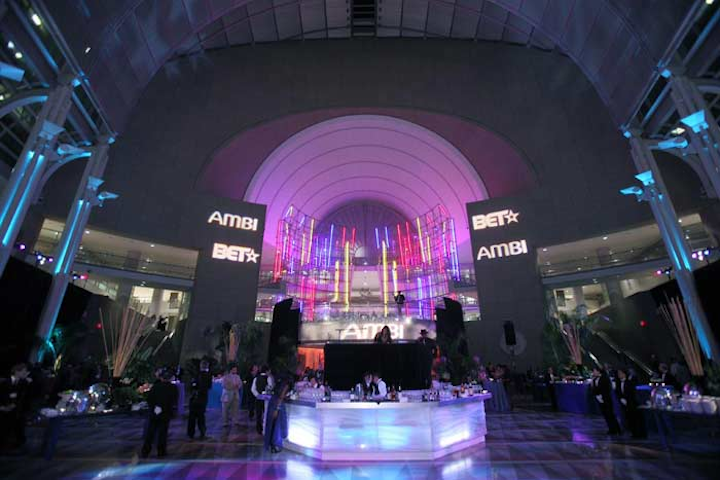 DJ Beverly Bond and DJ D-Nice played their sets at the after-party from a 10-foot raised platform hovering over the center of the main bar.
Photo: Tony Brown/Imijination Photography for BizBash 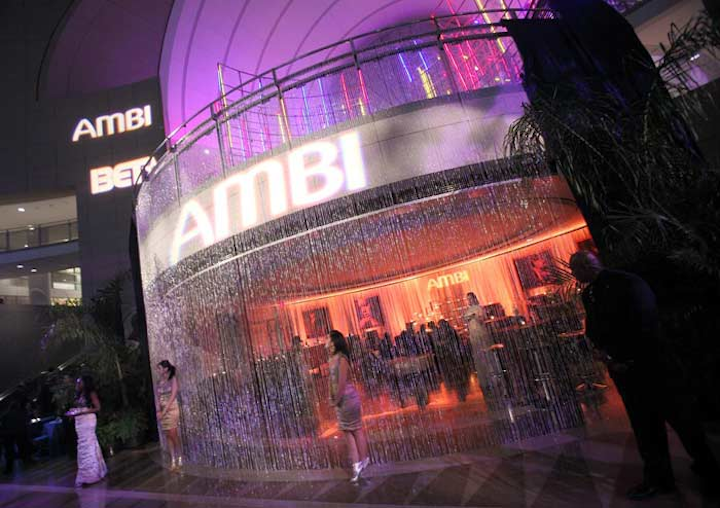 Models holding trays with Ambi skincare products drew aside the crystal string curtains so guests could enter the Ambi lounge at the after-party.
Photo: Tony Brown/Imijination Photography for BizBash 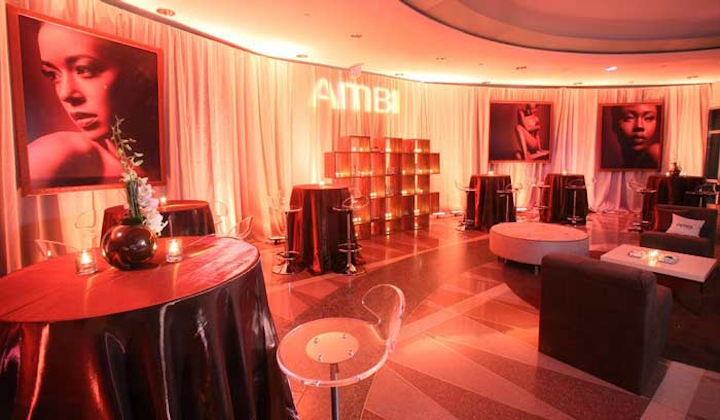