For the release of the singer's new Dirty Computer album, the music-streaming service invited 150 local fans to an Instagram-friendly launch party.

Spotify is investing in fans in a big way—with intimate, live events that give unique access to their favorite musicians. One such event took place on April 26 in Los Angeles, when the music-streaming service invited 150 of Janelle Monáe’s biggest fans to a celebration of her new album, Dirty Computer, which came out the following day.

The Spotify Fans First initiative aims to identify the most passionate fans of a given artist, as defined by their overall listening behavior and engagement with the artist on the platform. In addition to special events, fans get access to presale tickets and exclusive merchandise.

For the Monáe event, Los Angeles-area fans were immersed in the world of Dirty Computer and Monáe’s interpretation of Afrofuturism. Four Instagram-friendly rooms recreated her recent music videos, and featured interactive, colorful details including a cotton candy machine, arcade games, disco balls, and even a live peacock.

"The design was pulled directly from four of her newly released music videos,” explained the Crown & Conquer team. “The idea was to create mini sets/vignettes that served as a stage and backdrop for Janelle to perform with her dancers, but also were Instagramable moments for guests to share on social media."

Throughout the night, DJ Kitty Cash entertained the crowd, and Monáe performed six songs from the new album. In addition to local fans, attendees included some of Monáe’s friends and family, including Paris Jackson, Terry Crews, and Jidenna. 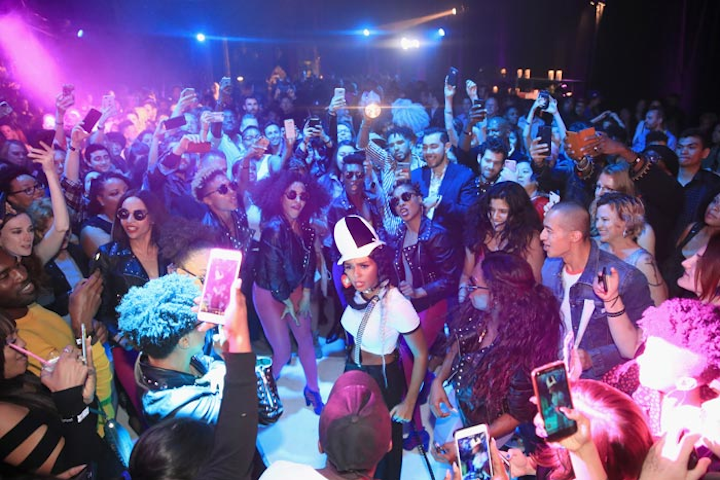 Monáe moved throughout the various rooms as she performed, giving fans an up-close-and-personal experience.
Photo: Christopher Polk/Getty Images for Spotify 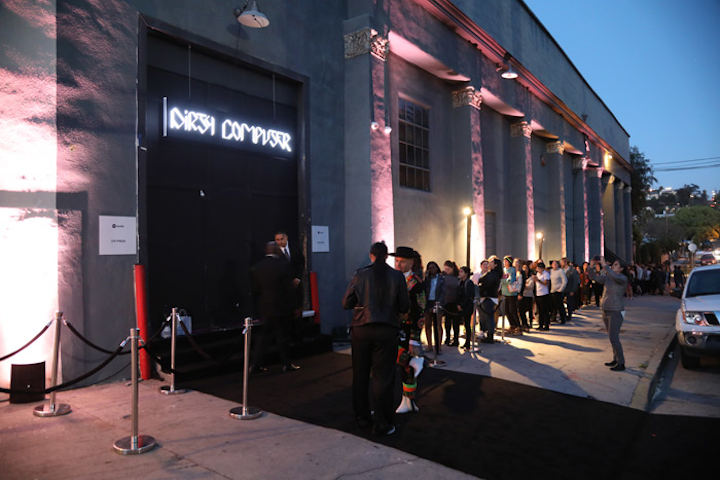 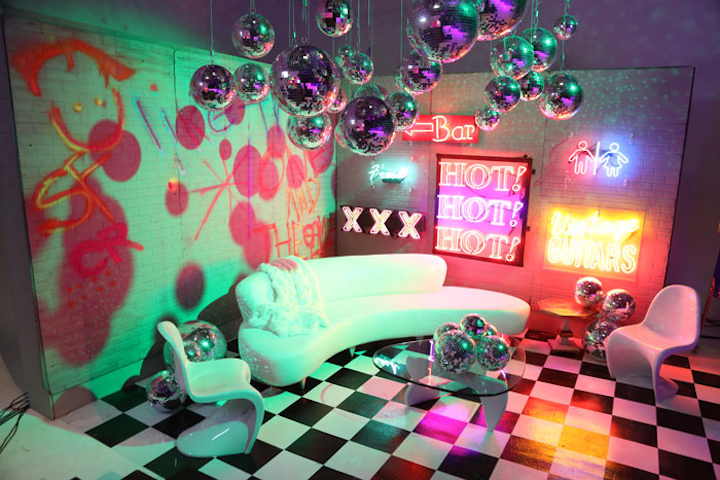 Four vignettes depicted various scenes from four of Monáe's new music videos. A nightclub-like space, which was inspired by the video for the song "Make Me Feel," featured graffiti, disco balls, and neon signage from Nights of Neon.
Photo: Jerritt Clark 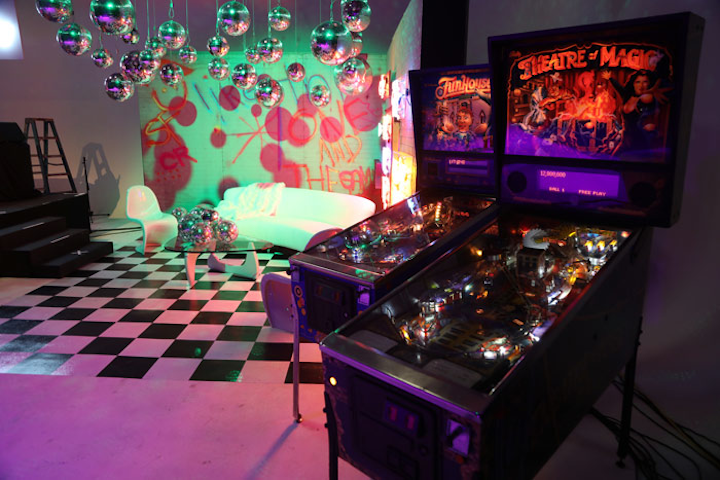 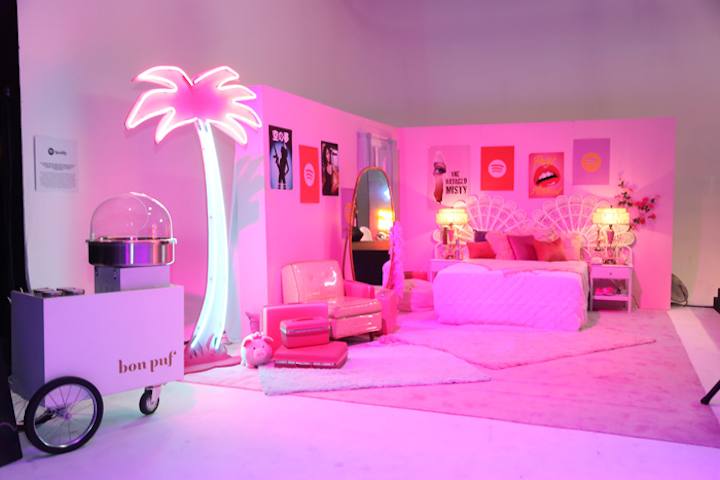 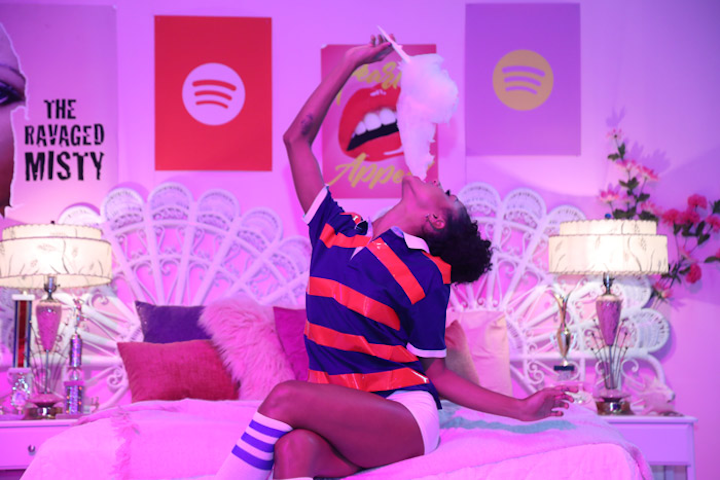 Models from APT9 Productions posed in the vignettes and acted out scenes from the music video.
Photo: Jerritt Clark 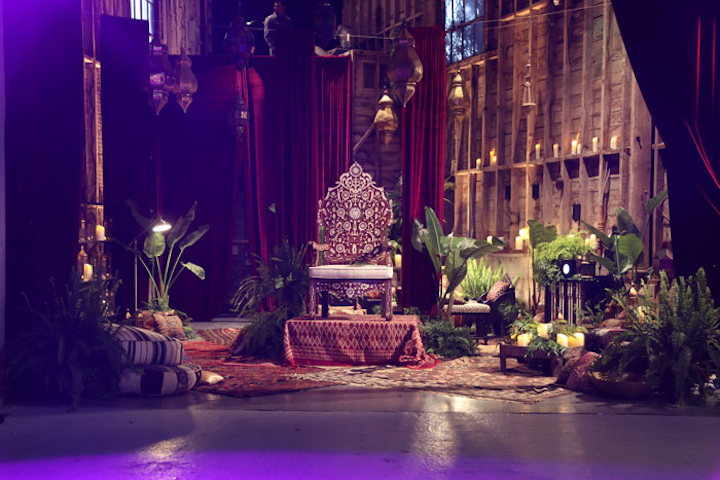 One area of the party had an ornate chair, greenery, and a live peacock, in a scene taken from the music video for "Django Jane."
Photo: Jerritt Clark 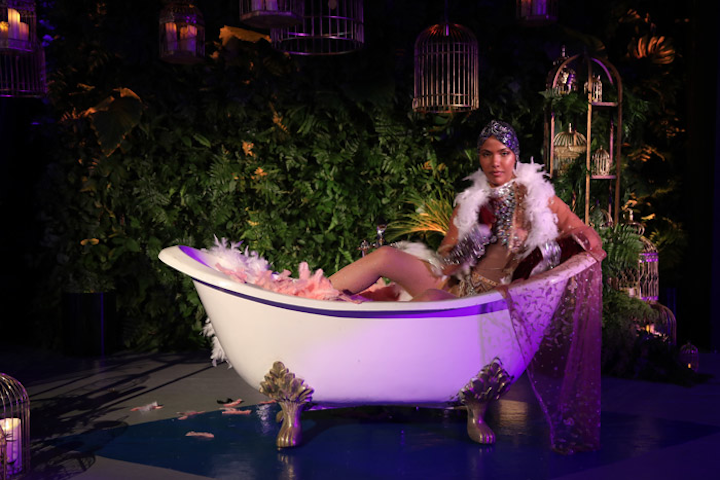 In one section of the video for "I Like That," Monáe performs in a bathtub—a scene that was also depicted at the party. Later in the evening, Monáe herself climbed in the tub.
Photo: Jerritt Clark 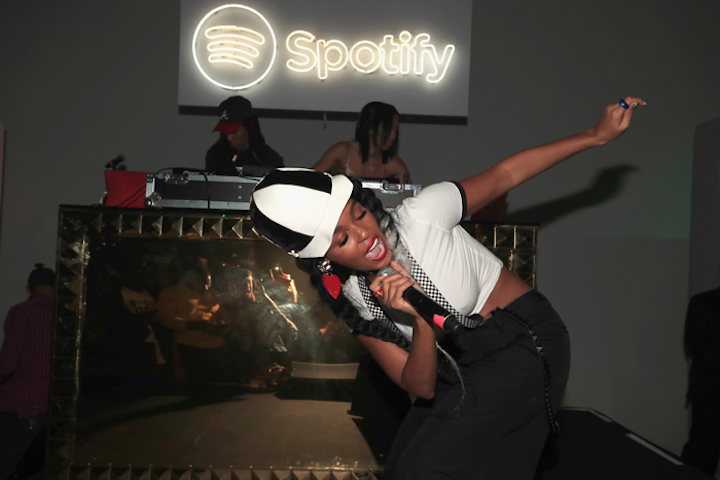 Throughout the evening, Monáe performed six songs from the new album. Fans also got a first-listen of the entire album, which was released the following day.
Photo: Christopher Polk/Getty Images for Spotify 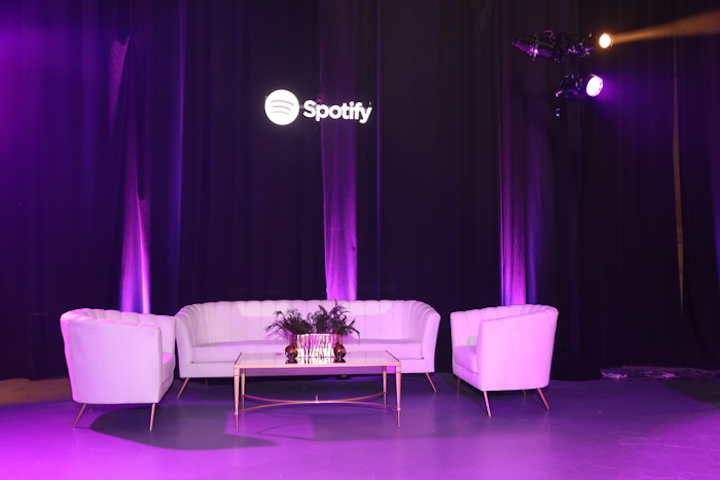 Podcast: The Paper Invitation Is Not Dead: What You Need to Know About Modern Design (Episode 48)