ESPN acknowledged women in sports via its award show and magazine content while maintaining the glossy look and feel of its staple satellite events.

In the wake of the #MeToo movement, there was an undeniable female presence at ESPN's July 18 ESPY Awards at the Microsoft Theater in Los Angeles. In addition to tapping Danica Patrick as the show's first female host, the network awarded the Arthur Ashe Award for Courage to female survivors of former USA Gymnastics doctor Larry Nassar's sexual abuse.

These nods fall under the substantive versus stylistic focus event experts recommend when creating authentic events in the #MeToo era. Part of that substantive authenticity also meant that brands did not attempt to appropriate or piggyback on that message of empowerment via activations. Instead, they opted for the high style, entertainment, and branded signage that has become ESPY week custom.

Here's a look at event highlights. 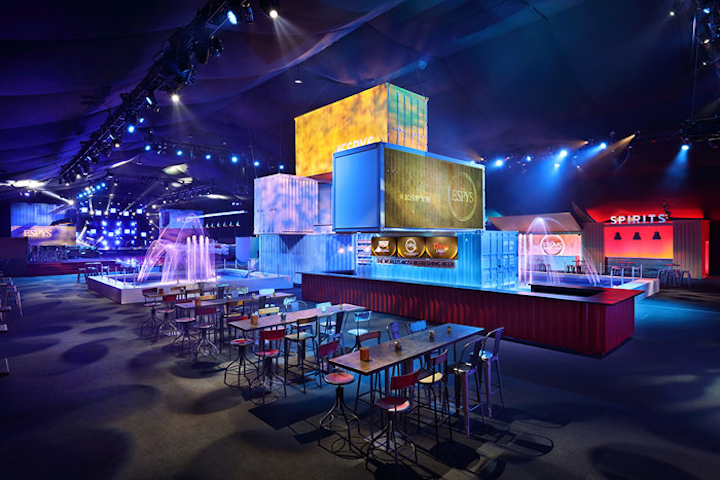 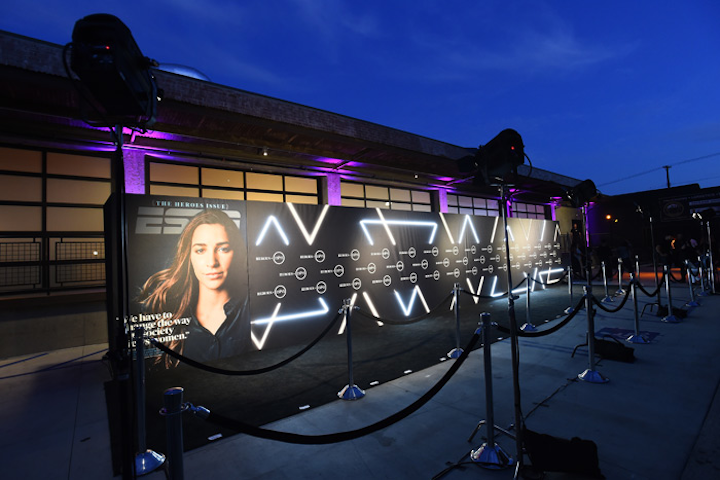 The publication tapped Event Eleven's Katie Limle to produce and design the Tuesday-night pre-party at City Market Social House. Guests posed in front of a step-and-repeat decorated with LED lights and an oversize version of the "Heroes Issue" featuring cover star Aly Raisman. 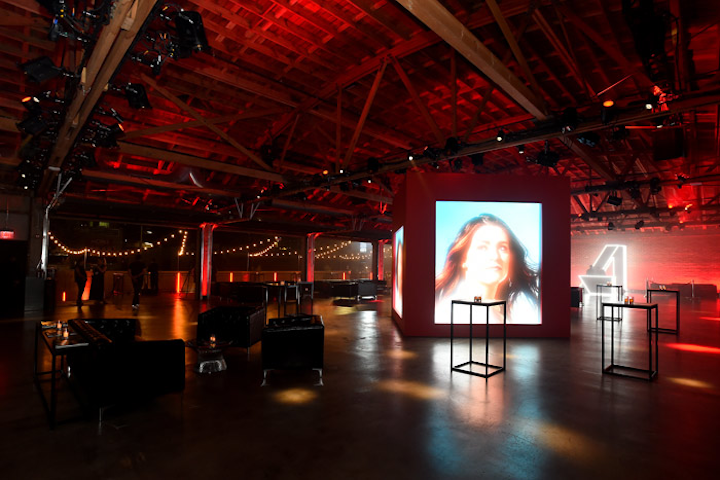 A 10-foot video cube sat in the middle of the space and flashed images from the "Heroes Issue." 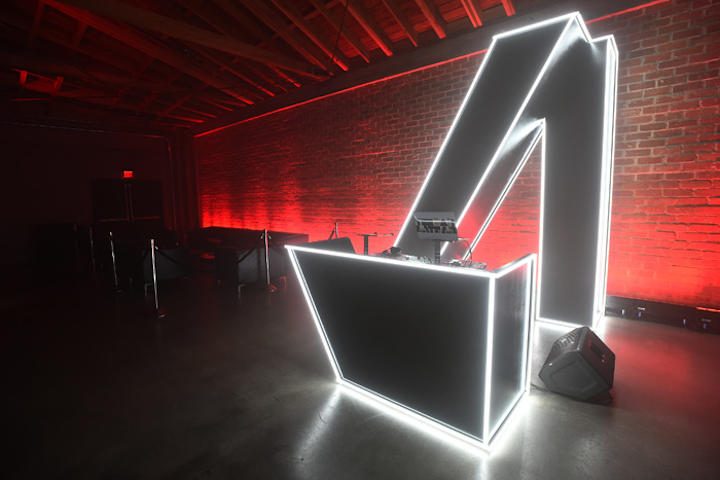 Samantha Ronson closed the evening by playing a set from a custom DJ booth trimmed with white LED lights. Sports and pop culture site The Undefeated hosted the lounge, which saw athletes such as the Seahawks' Shaquem and Shaquill Griffin (pictured) picking up swag the day before the award show. The team from the website placed The Undefeated-branded baseball caps and #TheUndefeatedEspys signage throughout the lounge at the Four Seasons. 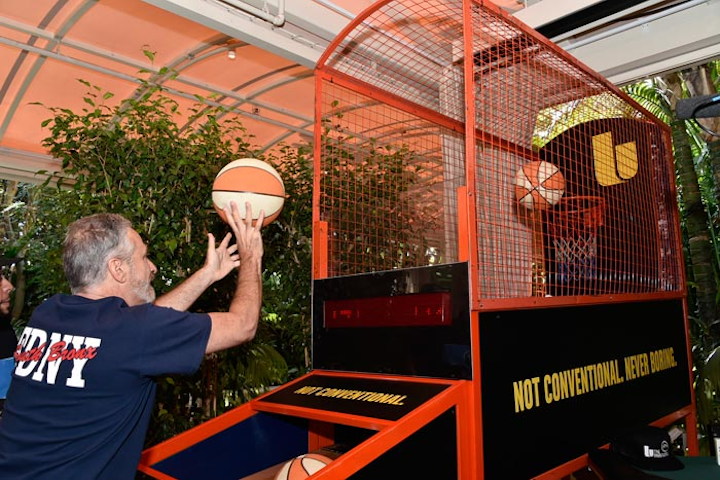 Guests like Jon Stewart could shoot hoops at the Pop-a-Shot station. 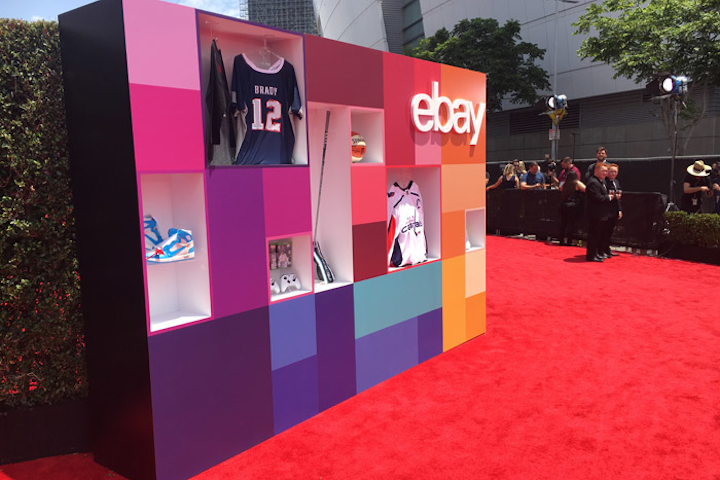 The network hired Kilowatt Events to design and operate the award show red carpet, which included an installation by sponsor Ebay. To promote itself as an online retailer, the company erected a shelf featuring merchandise curated by ESPN sports analyst and reporter Maria Taylor. 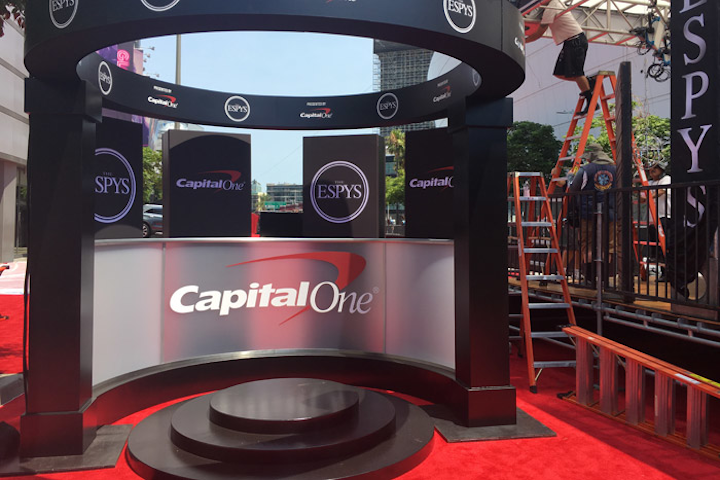 The Capital One Glambot camera used a robotic arm to snap 1,000 frames per second of subjects in order to create a slow-motion video of athletes, including Lakers center JaVale McGee.

The 2018 ESPYs Presented by Capital One 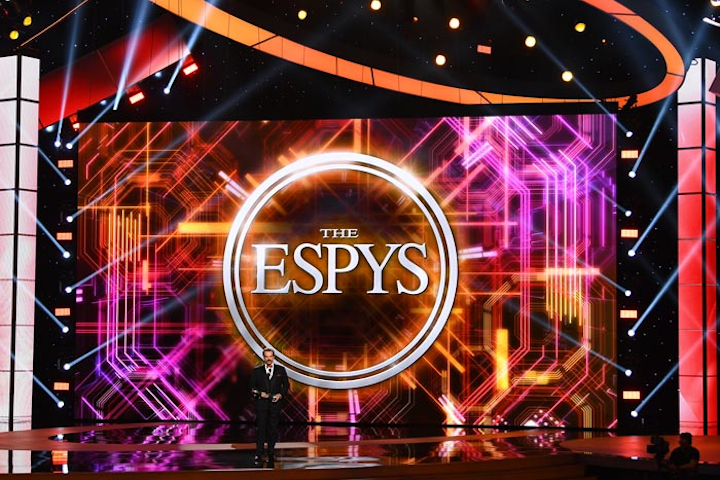 Awash in bright lights, the network's logo sat prominently on the stage during its 26th annual award show. 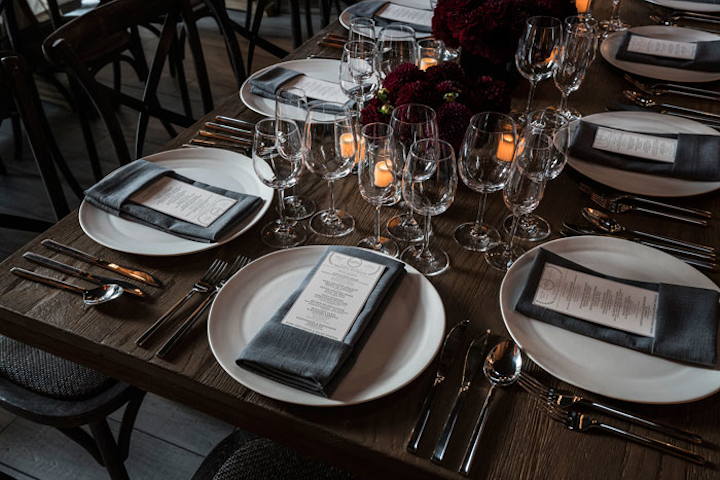 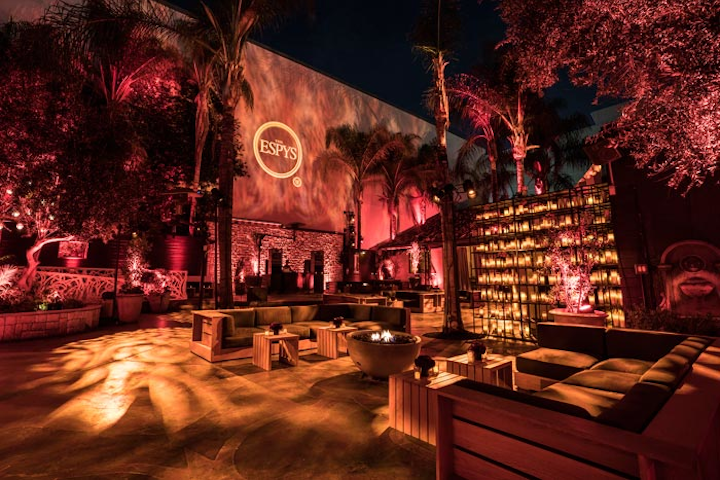 The dinner was followed by an after-party for 600 guests who mingled under the glow of pink and amber lights. 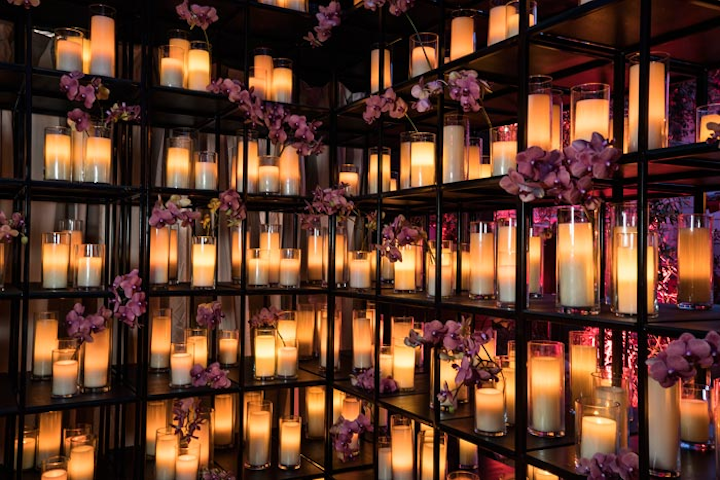 A shelf decorated by votives and plum-colored florals added a romantic touch to the event. 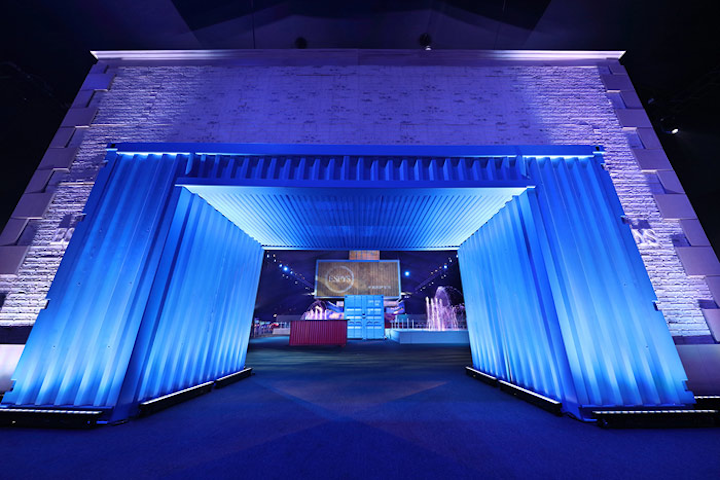 Brick archways added to the industrial look and feel of the after-party, which was held at L.A. Live. 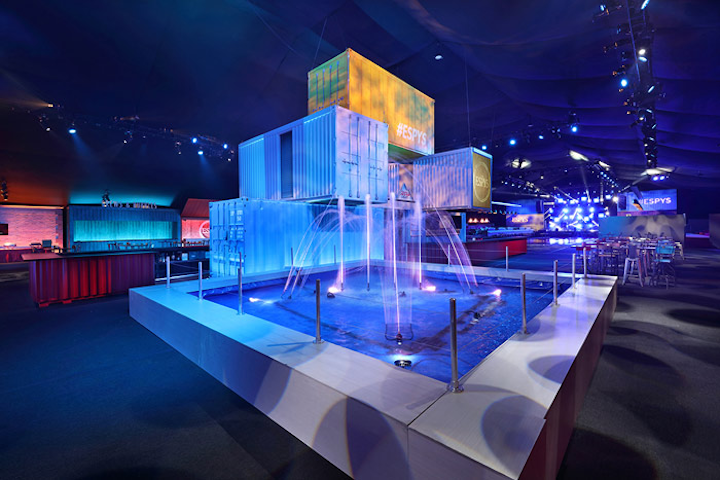 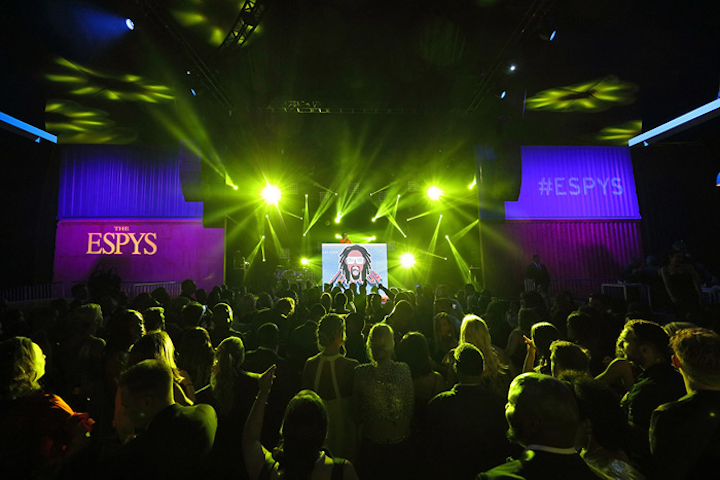