For her 27th birthday—and the launch of her sixth album—Britney Spears turned Little West 12th Street into a circus with a slew of carnival performers and flashing paparazzi bulbs.

The party may have been inside, but the real circus was on Little West 12th Street, where producers at Relevent Group, under the direction of Jive Records’ Gina Orr, brought the album’s artwork to life with a makeshift festival. While celebrities posed for the throng of photographers outside the club, guests and passersby watched the stage where performers from Acroback juggled fire, walked on stilts, and one woman even posed with a giant albino python similar to the one Spears famously danced with at the 2001 MTV Video Music Awards.

Tenjune's atmosphere was comparatively more subdued. Red, yellow, and blue strips of fabric simulated the interior of a circus tent, and waitresses dressed as ringmasters passed out cocktails. Near the end of the evening, the intimate crowd sang to Spears before she blew out the candles on her Ron Ben-Israel-designed cake. 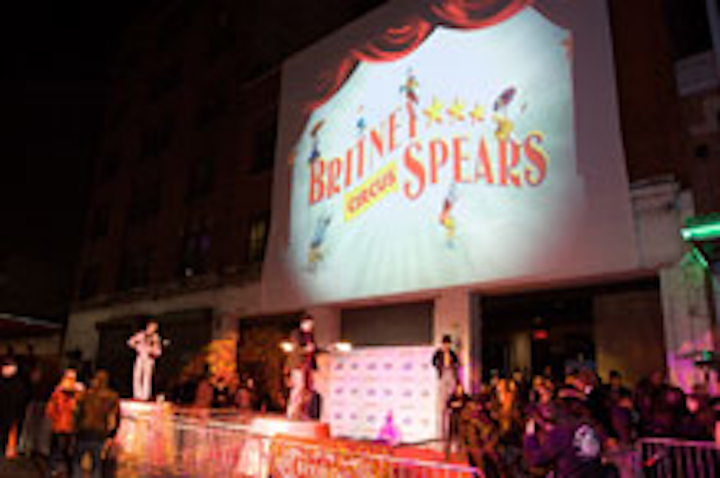 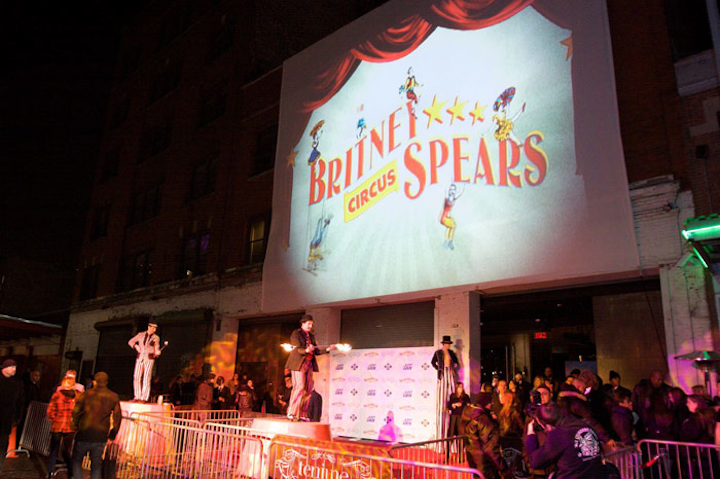 Projections of circus video and imagery designed by Dorian Orange played above the entrance throughout the night.
Photo: Jeff Thomas/Image Capture 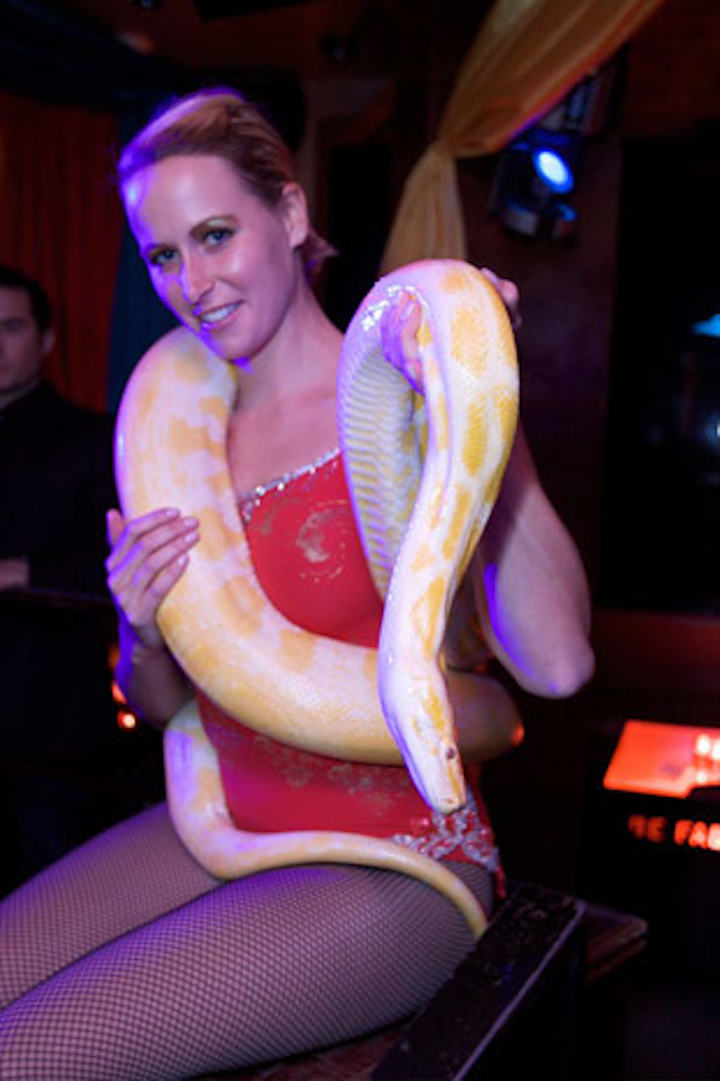 One of the performers outside the party posed with a giant albino python, a reptile associated with Spears since she performed with one at the 2001 MTV Video Music Awards.
Photo: Jeff Thomas/Image Capture 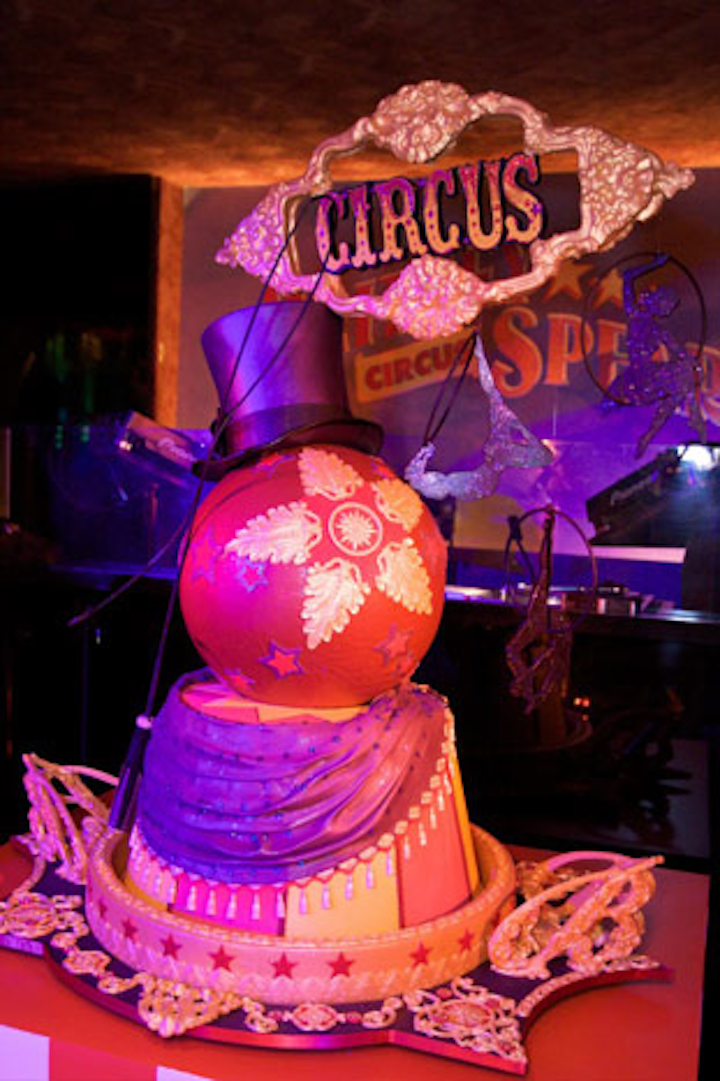 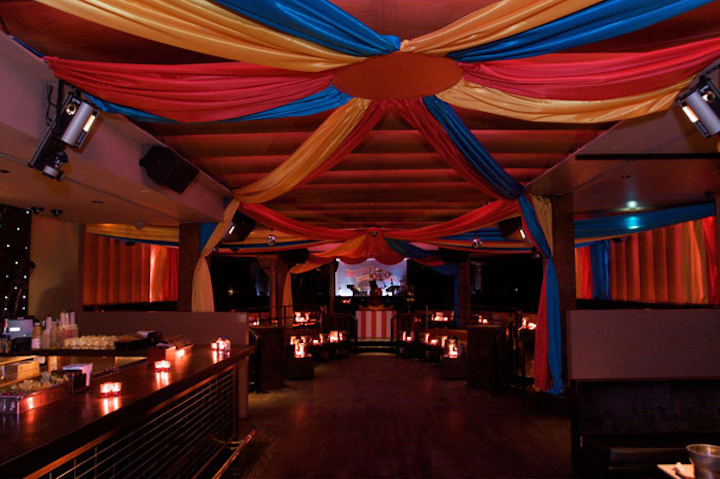 Producers turned the interior of Tenjune into a circus tent, with help from colorful fabrics draped from the ceiling.
Photo: Jeff Thomas/Image Capture 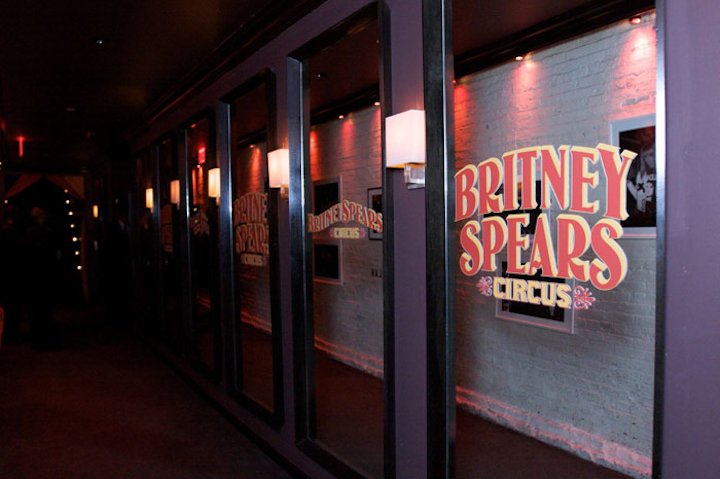 Artwork from the album worked its way into every element of the decor, including logos put on mirrors throughout the venue.
Photo: Jeff Thomas/Image Capture 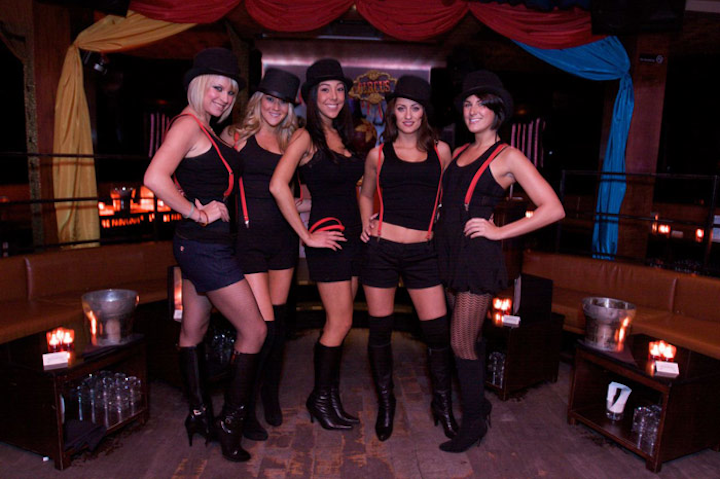