Maxim feted the 10th anniversary of its Hot 100 bash with a grown-up version of a 10-year-old's birthday party—complete with a Ferris wheel, cotton candy, and a soda shop.

If you can remember what you did to celebrate your 10th birthday, it probably involved balloons, party hats, and presents. To celebrate its Hot 100 party's 10th anniversary, Maxim put together a bash reminiscent of those days, only on a much larger scale—and with free-flowing booze.

Alpha Media Group director of corporate events Amanda Civitello oversaw the party last night at the Santa Monica airport's Barker Hangar, where 43-foot ceilings allowed for such festive touches as a 25-foot Ferris wheel that gave guests aerial views of the crowd throughout the evening. "The hangar was just perfect," said Civitello, who moved the party away from last year's venue, the New York street at Paramount, after bringing it in from the real New York before that. "I just wanted to change it up. And we wanted to stay in L.A. because this is obviously a celebrity event, and it's just much easier access to celebrities."

The adult take on a birthday party included bunches of balloons towering over faux presents on tabletops, which were also dotted with noisemakers and logoed party hats. Sponsors Stoli and Dr. Pepper Cherry provided unusual cocktails (which included cotton candy and other confections) from bars, a soda shop, and ice luges. Carnival-style food offerings included popcorn (with truffle oil for a grown-up twist), Sno-Cones, and churros. Even the invitation more strongly resembled a traditional kid's come-to-my-party card than a corporate event invitation.

"It's visually amazing. Last year the move to L.A. was a big thing for us, and this year being the 10th birthday, we wanted to make it that much bigger," Civitello said. 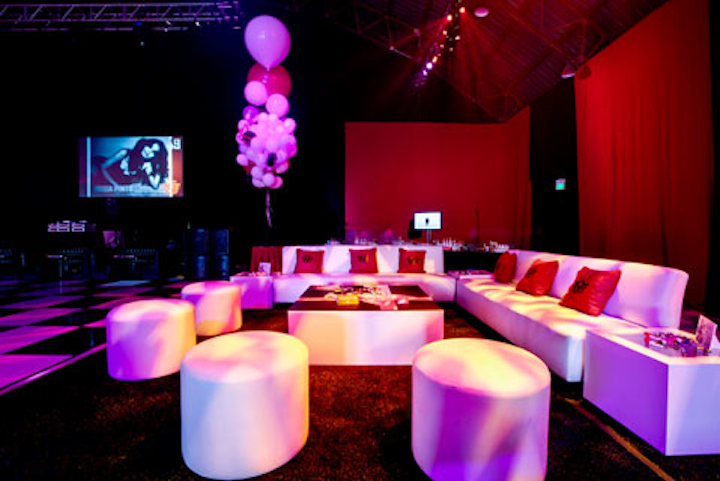 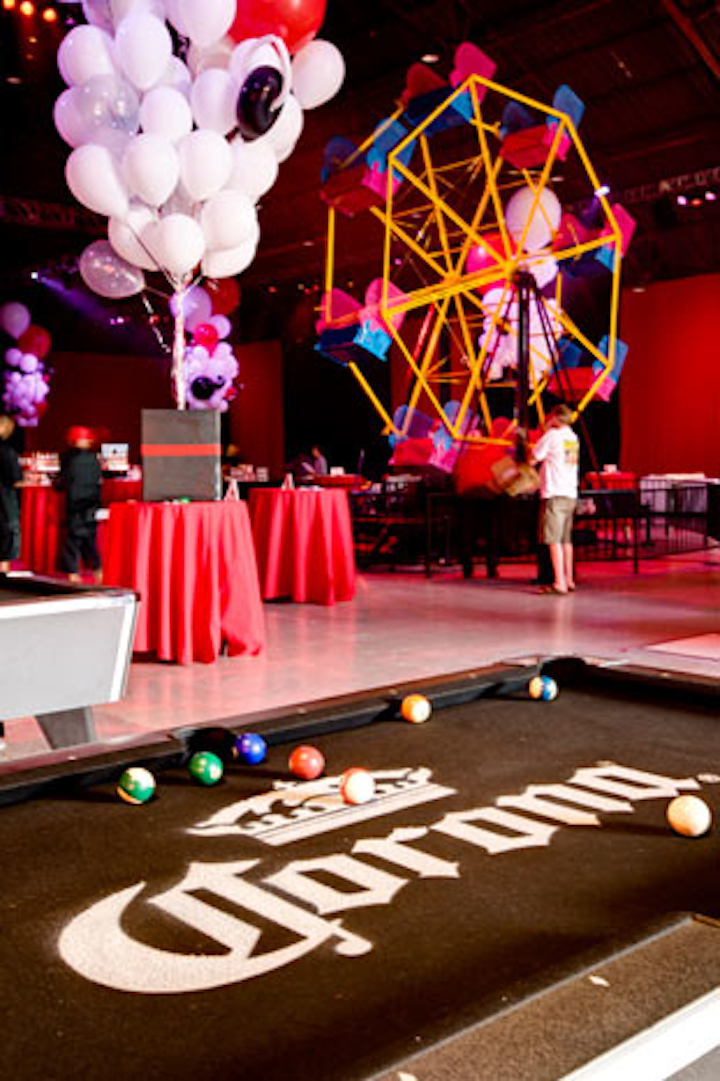 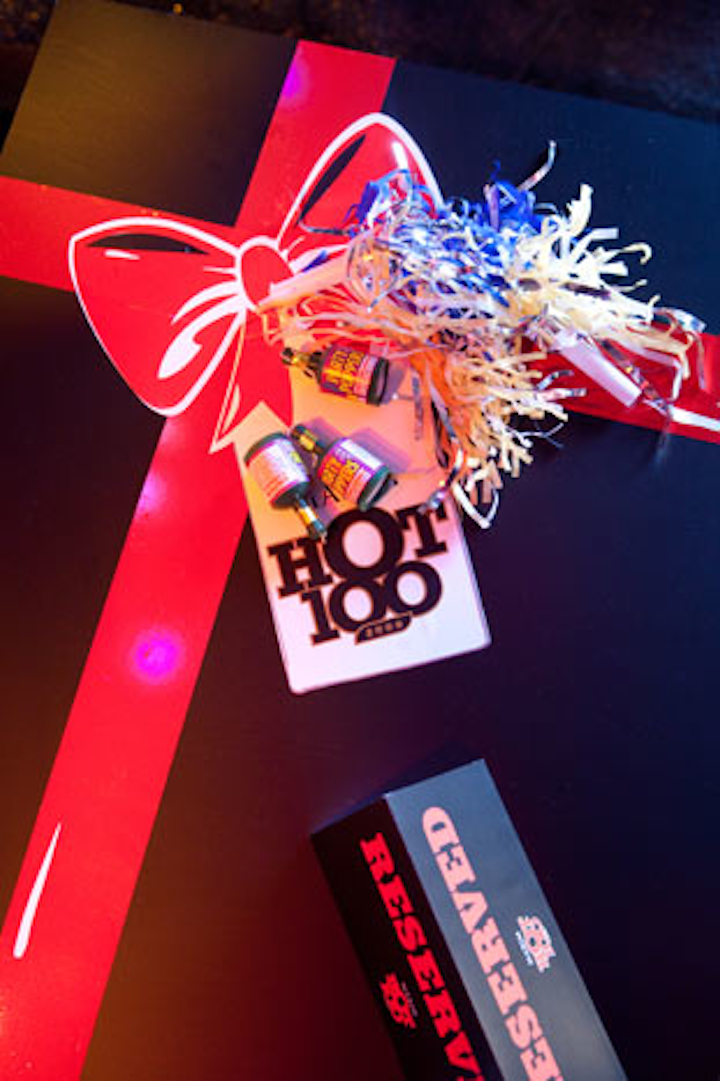 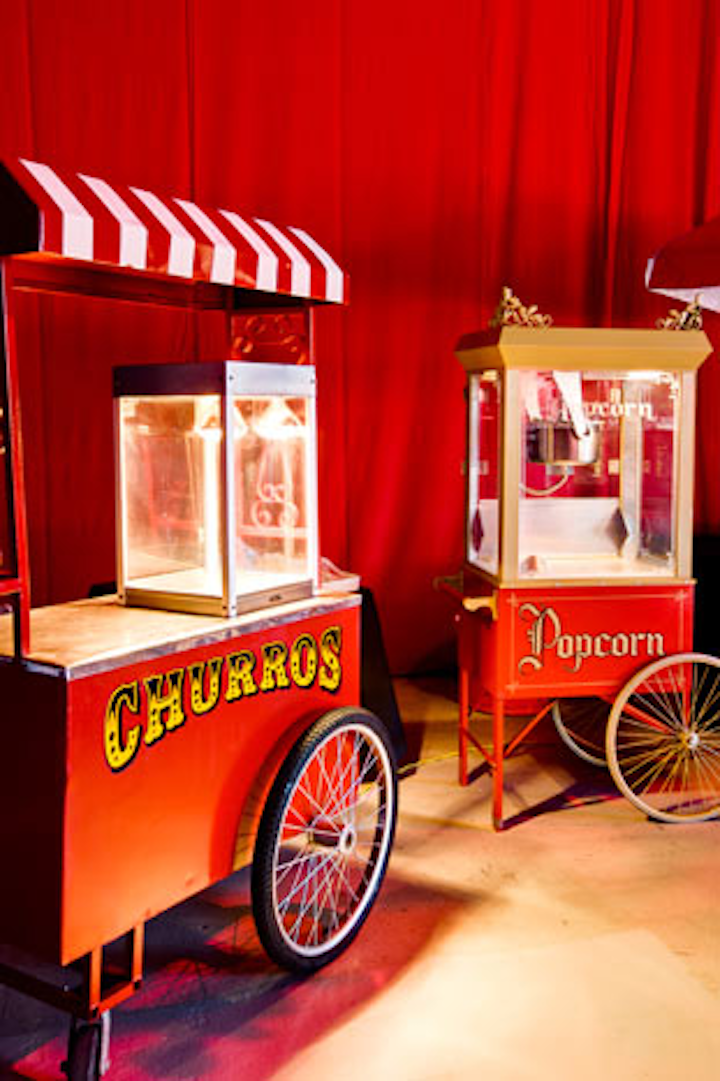 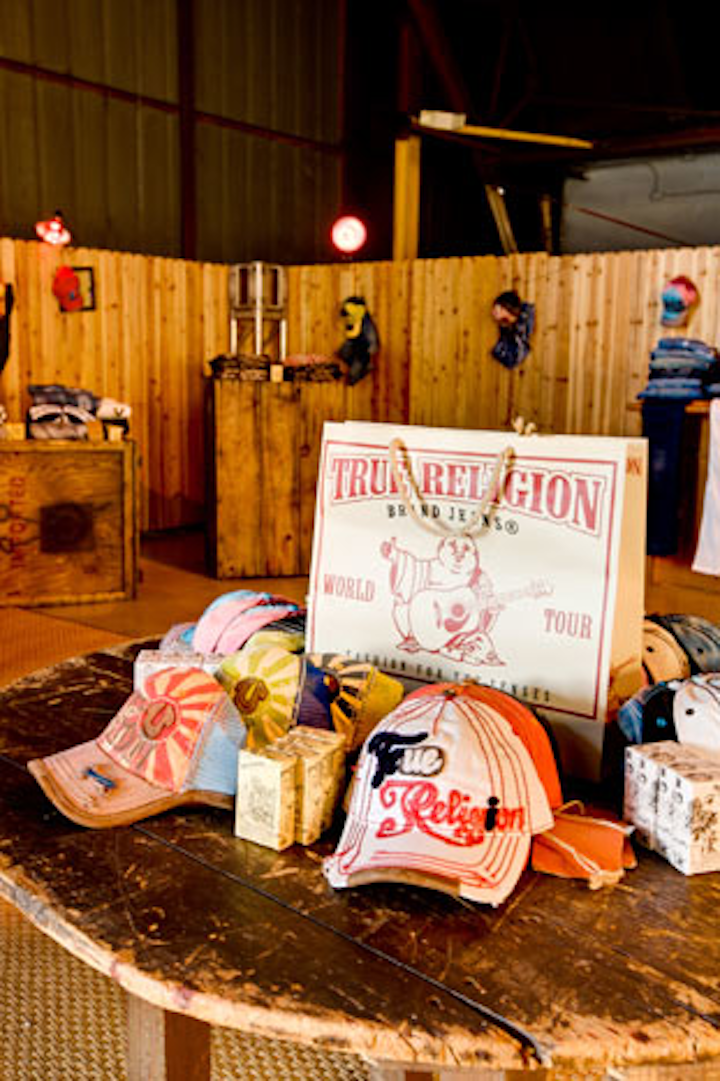 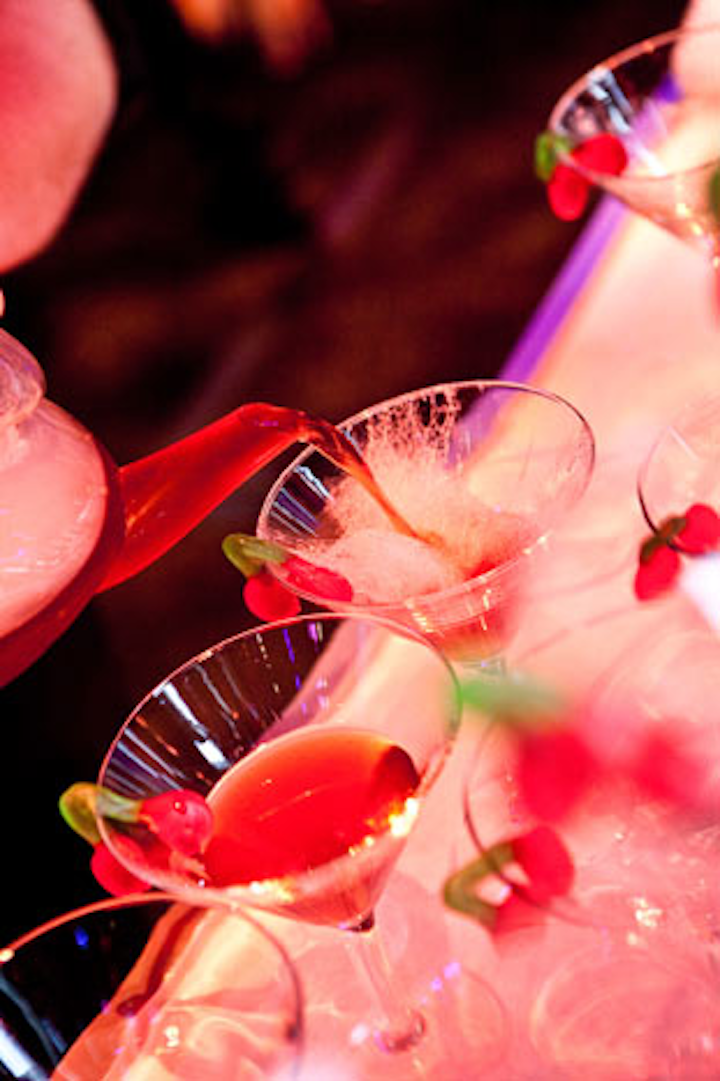 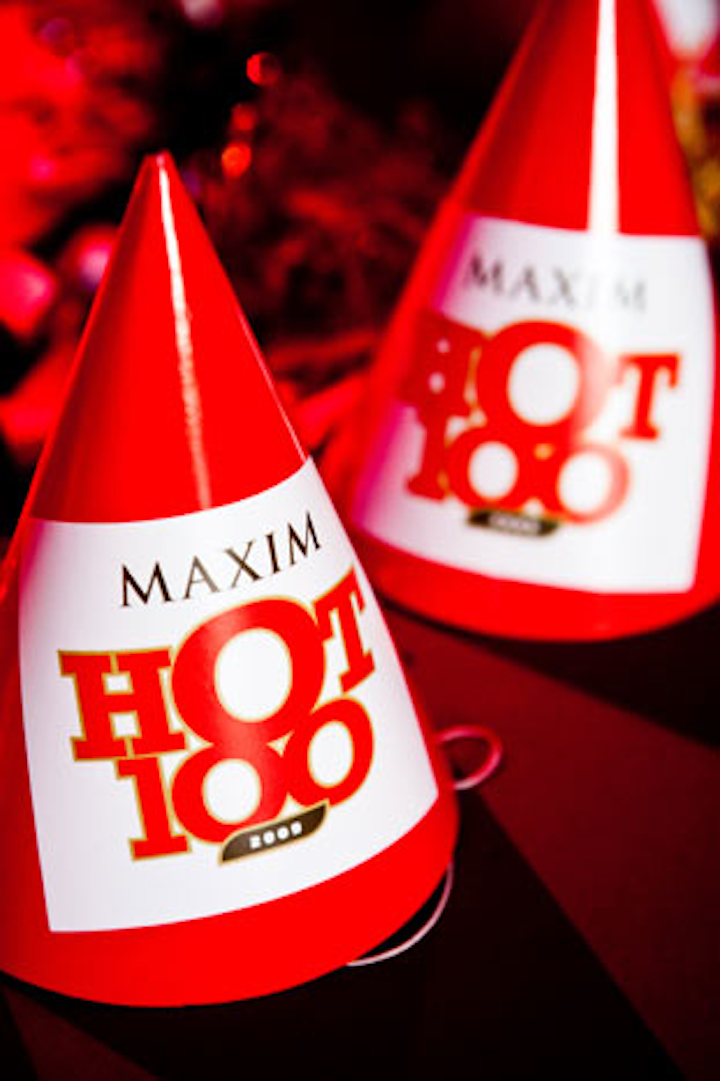 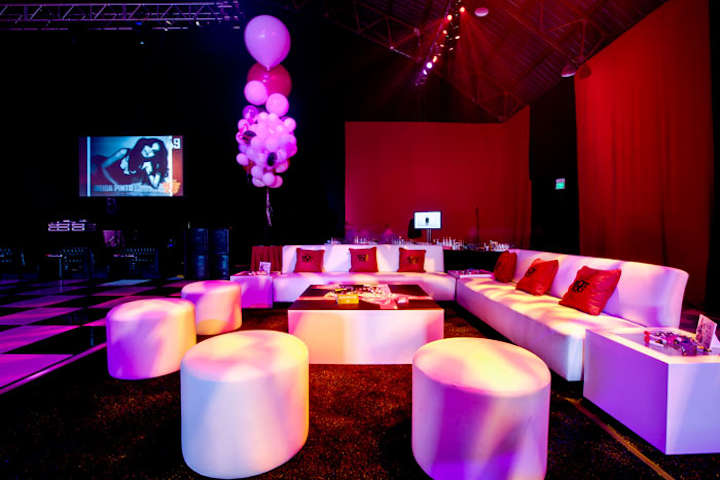 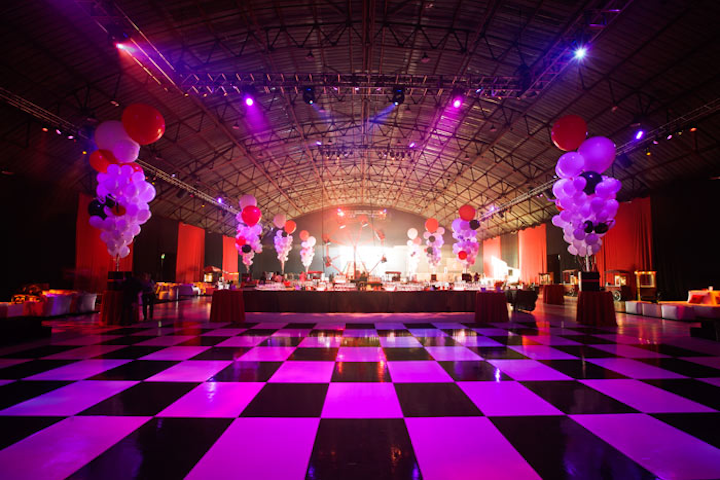 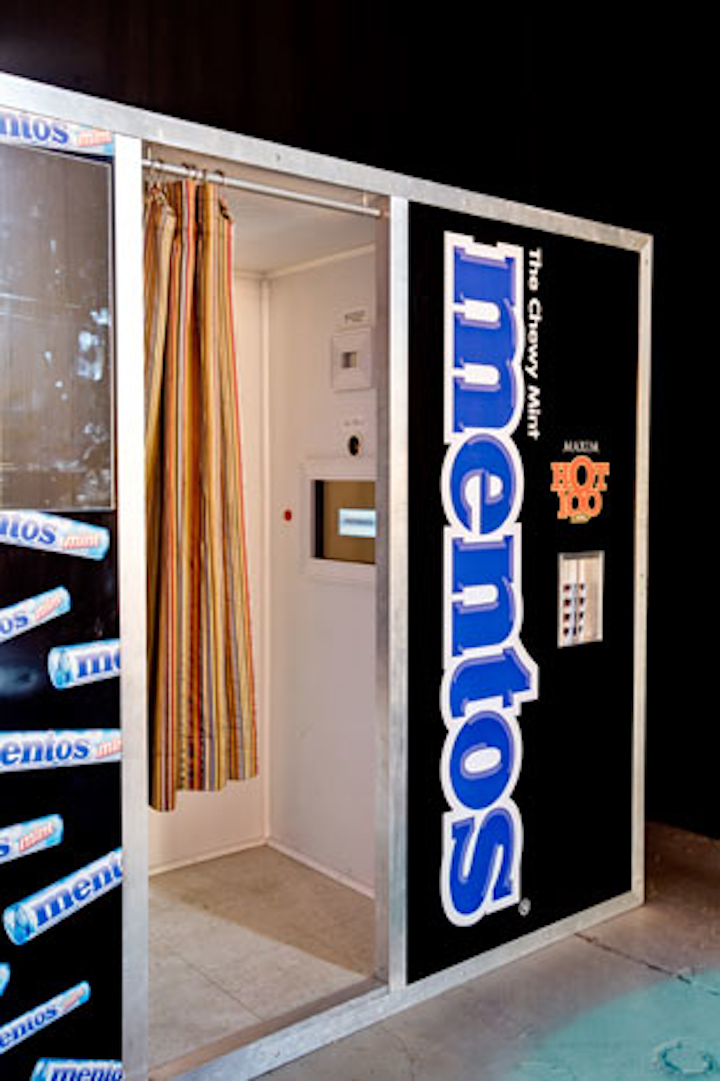 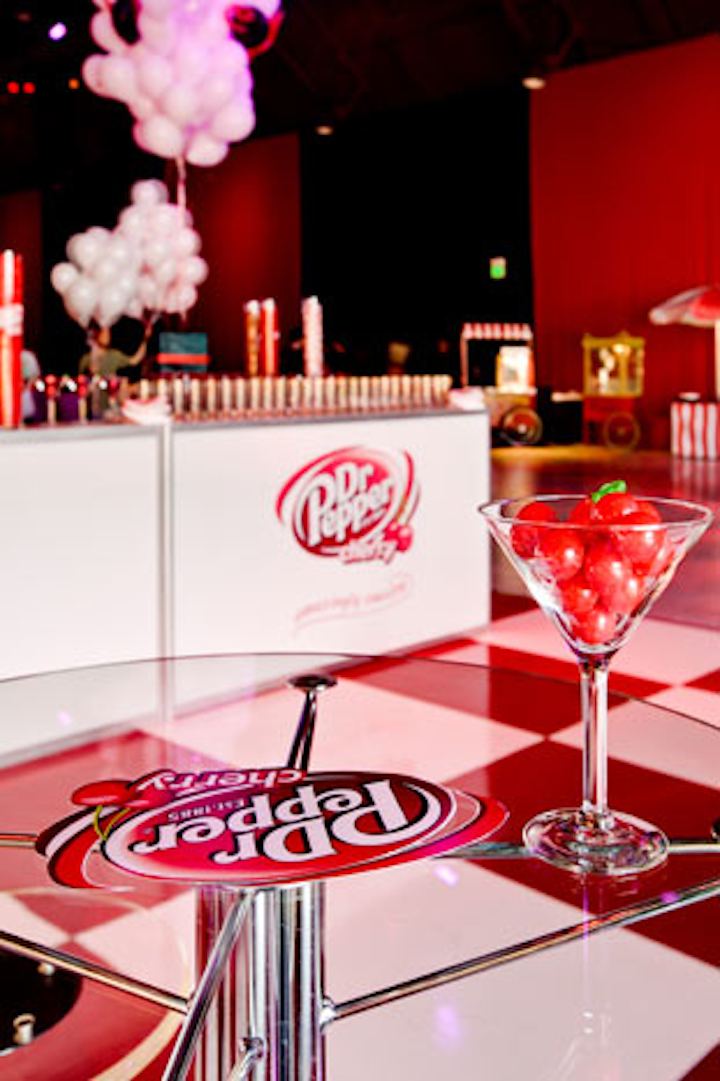 Sponsor Dr. Pepper provided its product for a soda shop in the center of the space.
Photo: Alen Lin for BizBash
More in Social Events