To start out the night, the pre-concert reception in BP Hall beckoned guests for cocktails and hors d’oeuvres amid blue-draped cocktail tables, gardenias floating in tall cylindrical vases, and a center bar topped with a white ostrich-plumed centerpiece. Attendees moved next to the concert, where final bows were accompanied by a confetti drop of blue and silver mylar.

Next, models in top hats, tails, and boutonnières and showgirls in glittering costumes greeted guests on the sidewalk ahead of dinner with trays of champagne cocktails and martinis. The supper-club-style dinner tent setup included palm trees framing the doorways and the two standing bars. Tables were set either in ivory or deep blue in damask patterns and decorated with silver lamps and gardenias or orchids with ostrich feathers. Classic film posters and mirrors hung above banquettes.

Tables were set with candy cigarettes, Rhapsody in Blue matchboxes, and pillow mints. Gray suede banquettes studded with rhinestones lined the room. The perimeter table centerpieces were tall cocktail lamps, custom-made for the event, with an abundance of gardenias. Phalaenopsis and ostrich feathers in silver bowls topped the other dinner tables. The bars were in gray tufted suede and adorned with Rhapsody in Blue ice sculptures.

Entertaining guests during dinner was a Ziegfeld Follies-style dance number with a chorus of women in blue chiffon gowns with white ostrich fans, and their partners in white tie, top hats, and carnation boutonnières. Rounding out the entertainment, the band played music from the 1930’s mixed with modern dance music. 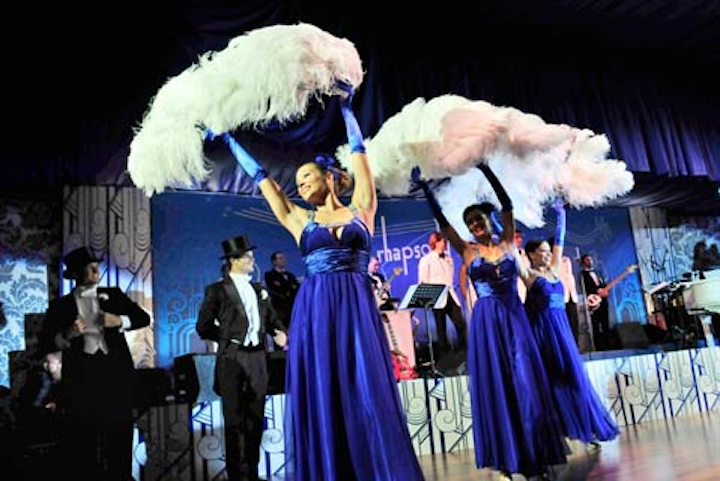 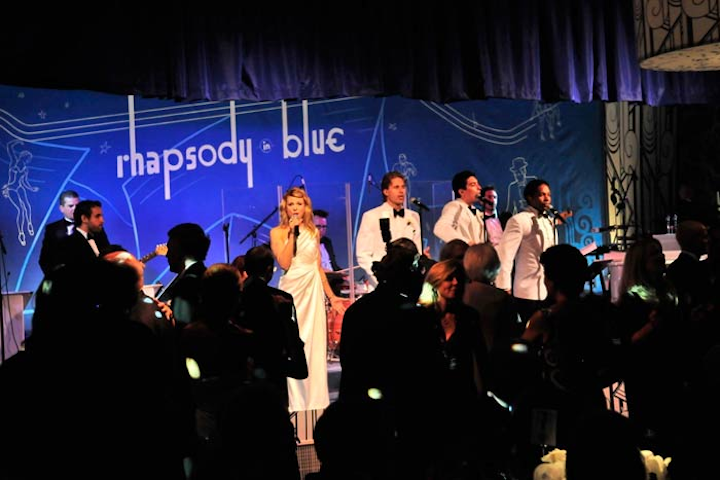 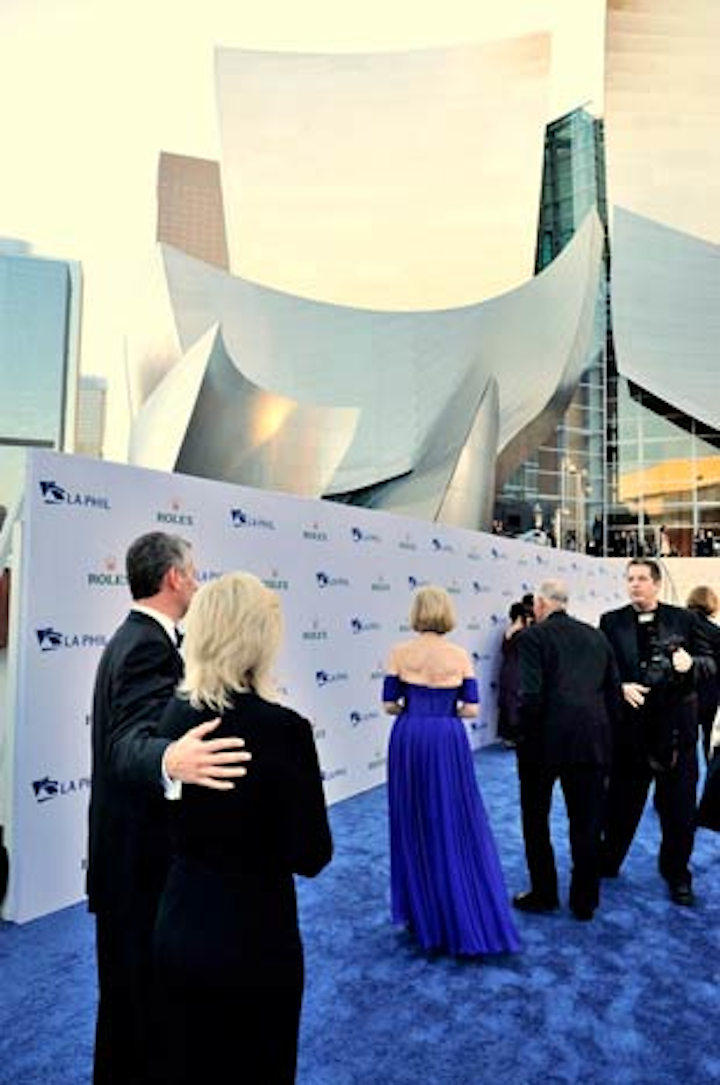 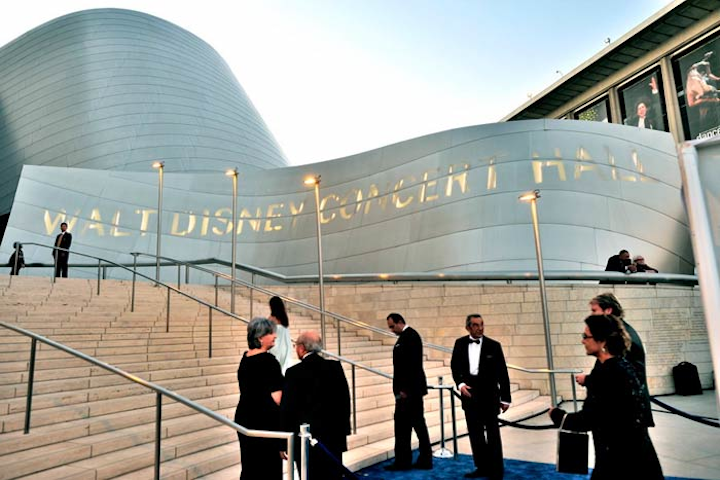 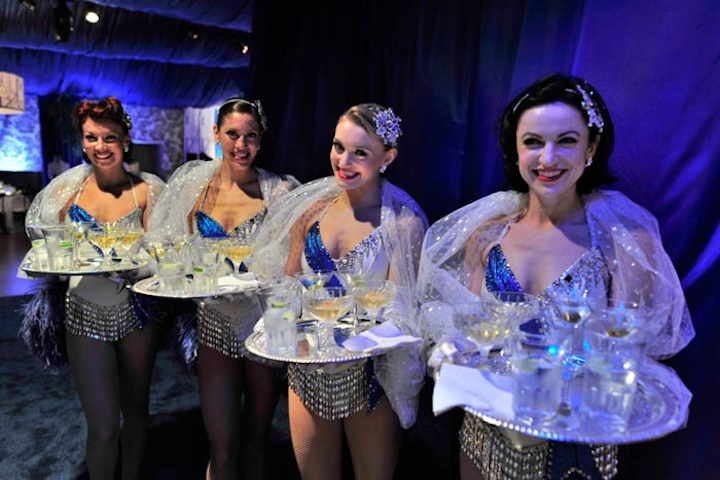 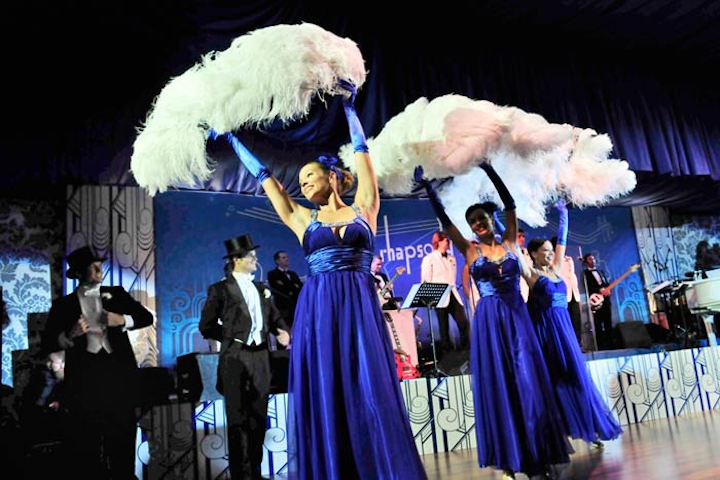 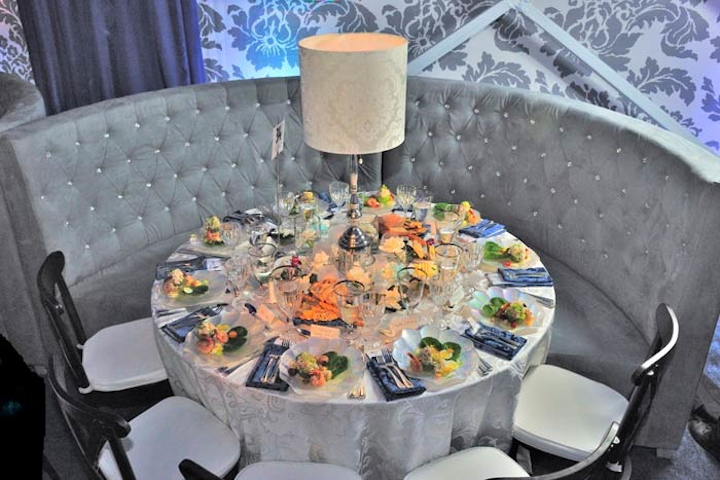 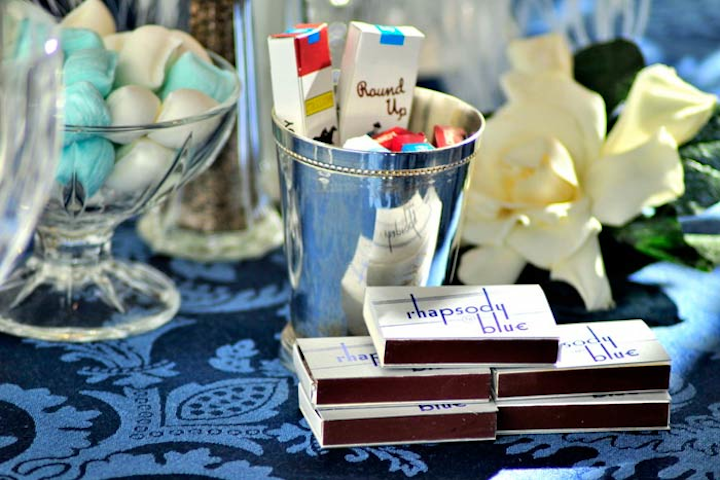 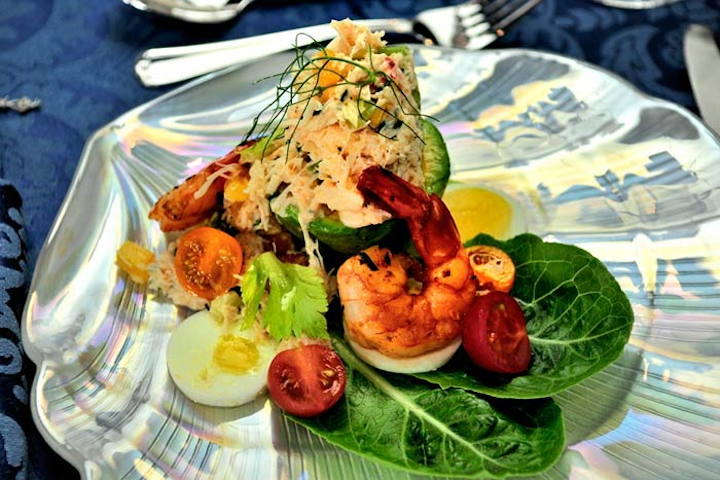 Crab and shrimp Louis from Patina started out the meal.
Photo: Kent Wilson 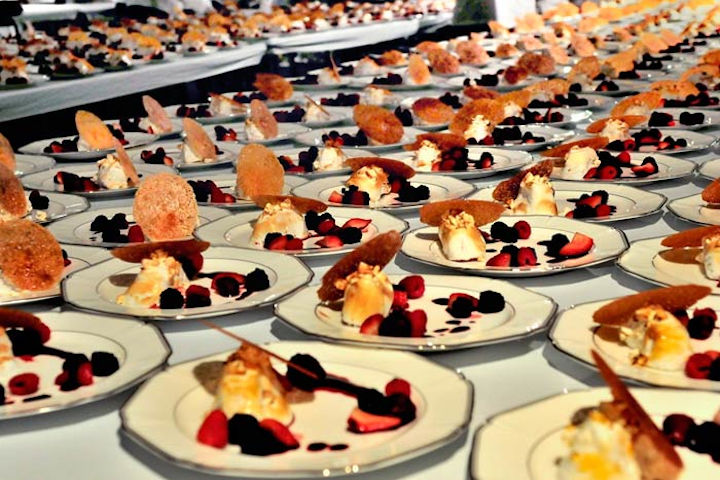 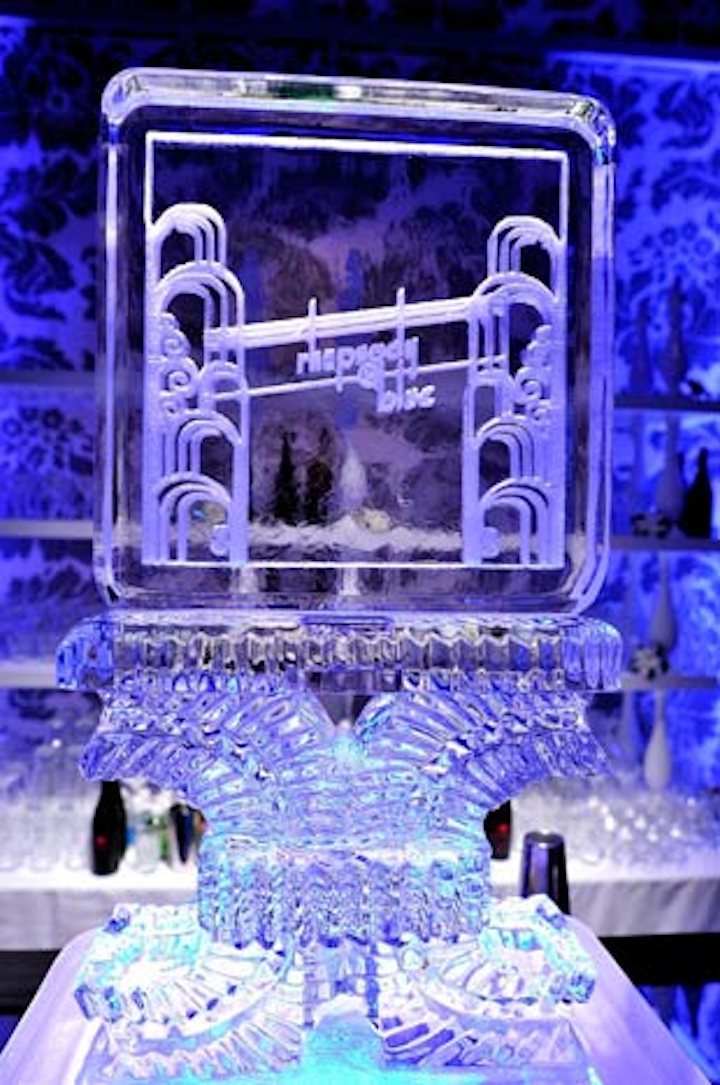 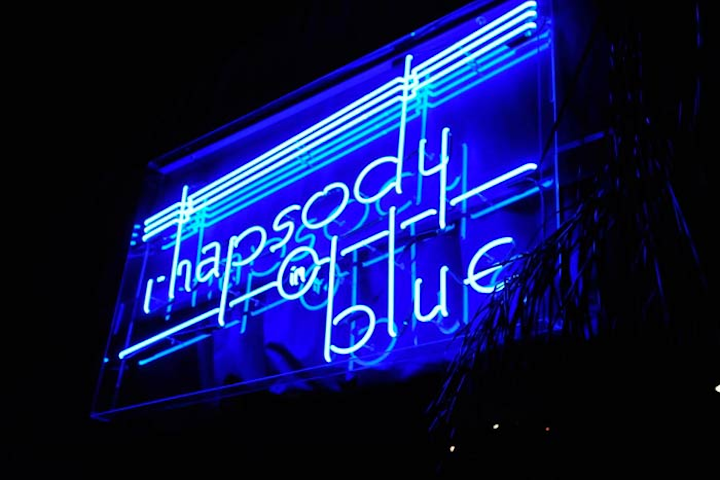 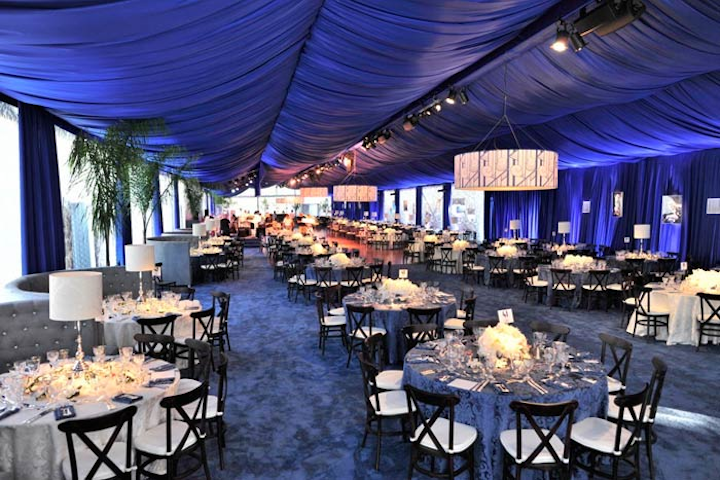 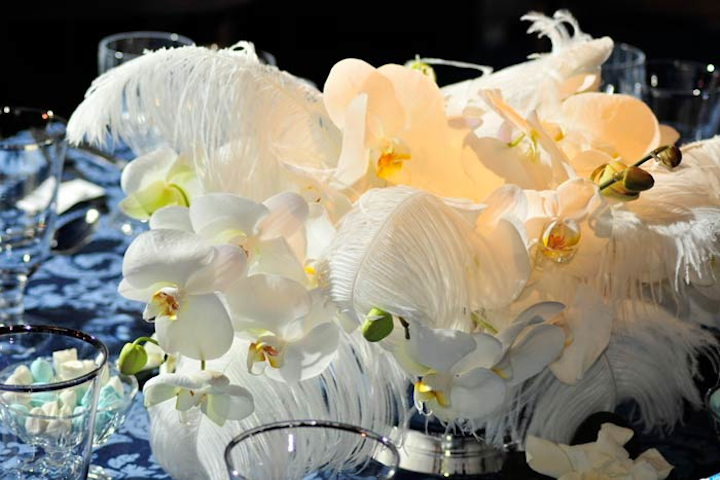 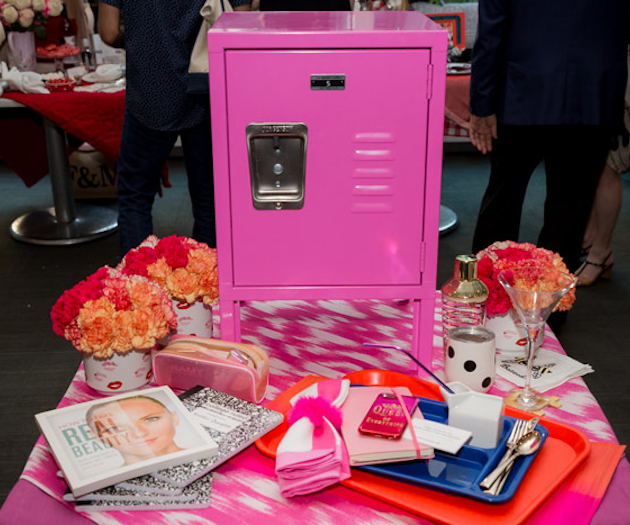