How to Raise Funds Without Sacrificing Entertainment

The American Cancer Society's Discovery Ball in Chicago raised more than $3.1 million this year, and didn't sacrifice fun and style as it worked toward raising funds.

The American Cancer Society's Discovery Ball took place at Chicago's Radisson Blu Aqua Hotel on April 26. With a cause that touches the lives of many people, the evening had an air of unmistakable gravitas. But it didn't skimp on style or lose sight of entertainment.

Tables, which ran $25,000 to $50,000 were snatched up by major companies such as Boeing, HP, and United; the chairs were Walgreens C.E.O. Greg Wasson and his wife, Kim. The event also had major support in underwriters. "More things were underwritten this year than ever before," said Lee Kite, senior director of distinguished events. The featured entertainer, Keith Urban, was completely underwritten, as were the spirits, soft drinks (from both Pepsi and Coca-Cola), printing, departure gifts, volunteer gifts, and volunteer parking. "The more we get underwritten, the lower our expense ratio is," Kite said. "The final expense ratio is somewhere in the teens. It’s incredibly low." The evening raised more than $3.1 million, which is about $1 million higher than last year's take (when the event had an unusual format) and also higher than the record $2.9 million raised in 2012.

There were speeches that served as powerful reminders of the urgency of the American Cancer Society's work, and a few moments when audience members were moved to tears. But there were also scattered doses of carefully timed levity. As soon as guests arrived, they were offered lemon-vodka cocktails from a lemonade stand. And when the donors took their seats for dinner, there was a flash-mob performance of Pharrell Williams's hit song "Happy." Urban had guests laughing with witty banter, singing along to classic rock songs, and dancing in their seats, and the packed after-party had laid-back comforts like a hot dog cart and tarot-card readings.

"There are so many wonderful events and so many wonderful causes that these individuals can choose to go to," Kite said. "My goal at all of our events is to become the market leader, because we obviously believe our cause is very, very important. To become the market leader, you have to have attention to detail, from the very first step guests take out of that automobile until they leave." 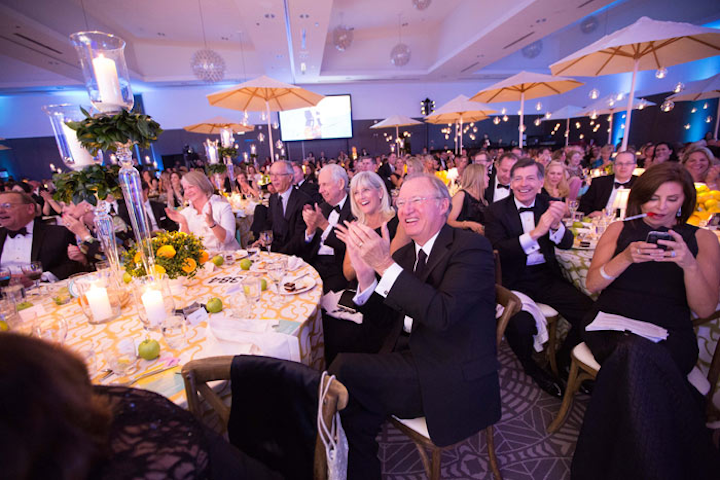 This year, planners put a cap on the number of $25,000 sponsorships, and created a wait list for that level. To ensure that they would secure a table, some companies moved up to the $50,000 sponsorship level.
Photo: Adam Novak Photography 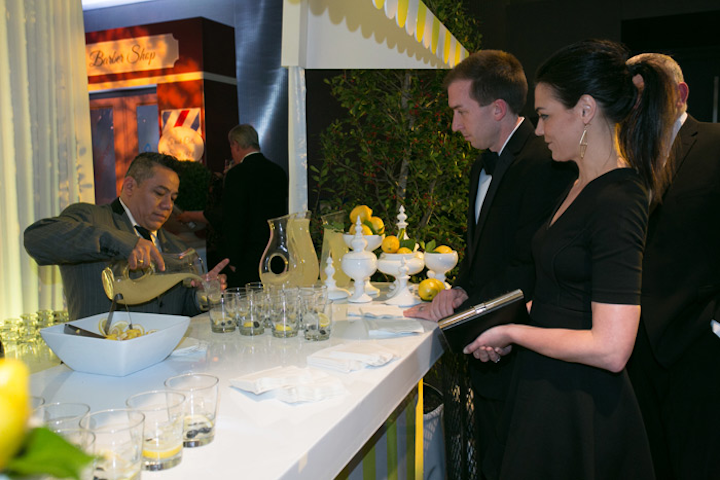 At the entrance to the event, a lemonade stand offered blueberry-lemon-vodka cocktails. During the tasting, planners tried the cocktail and it inspired the evening's overall theme. "[The catering team] came up with a couple lemon cocktails and we fell in love with that one," Kite said. "We started saying, 'At the after-party, we should have a hot dog stand, and we should have a newsstand, and we should have a bus stop.' All of these things just started to emerge in our conversations about what would be on an urban street if we could put it there [in the hotel]."
Photo: Adam Novak Photography 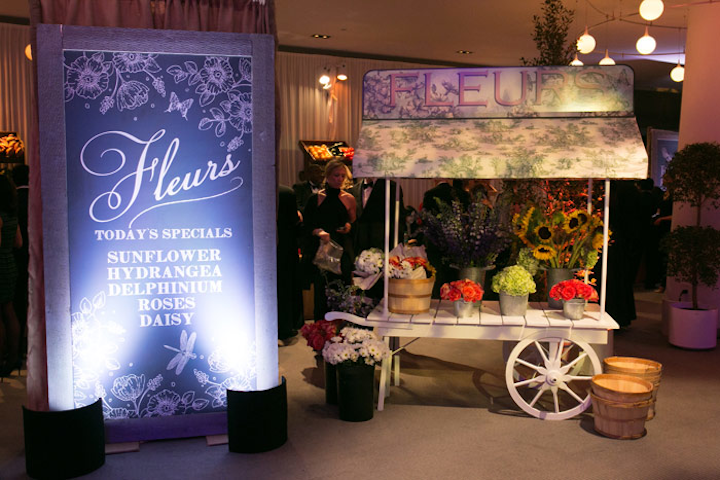 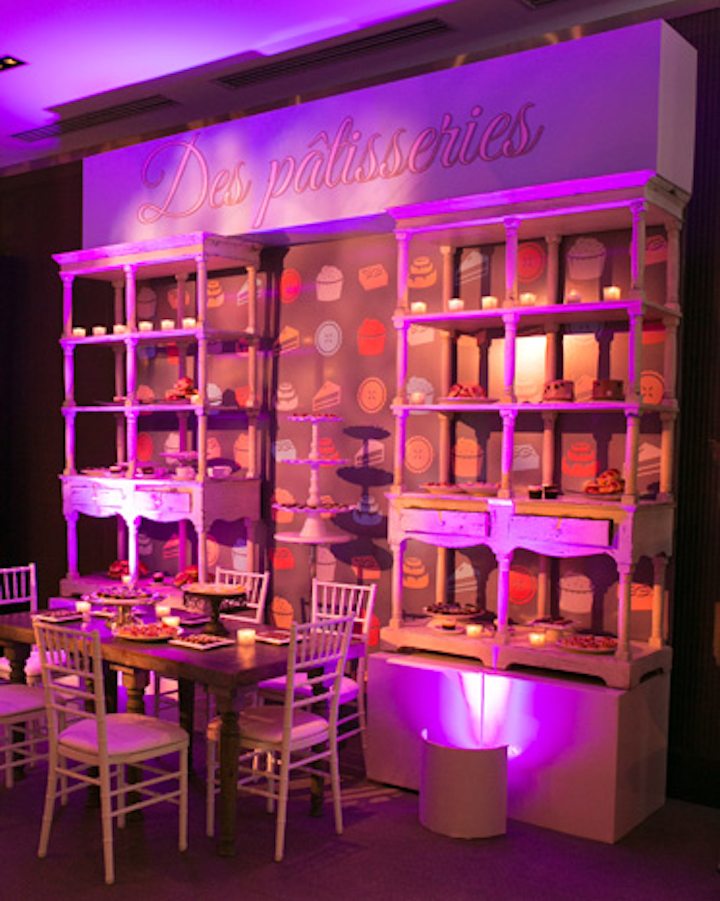 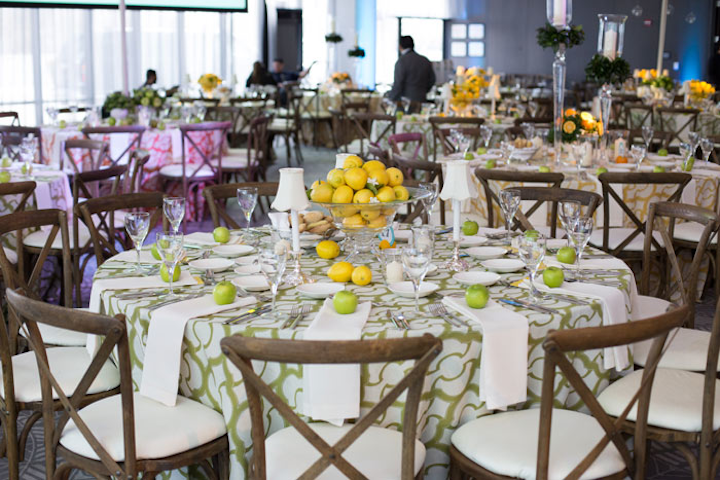 The ballroom at the Radisson Blu Aqua Hotel was set to look like an alfresco dinner party with brightly patterned linens, rustic chairs, and bowls filled with lemons. Dinner was an endive salad, Angus beef tenderloin with whiskey pink-peppercorn sauce, and citrus cheesecake with flourless chocolate cake for dessert.
Photo: Adam Novak Photography 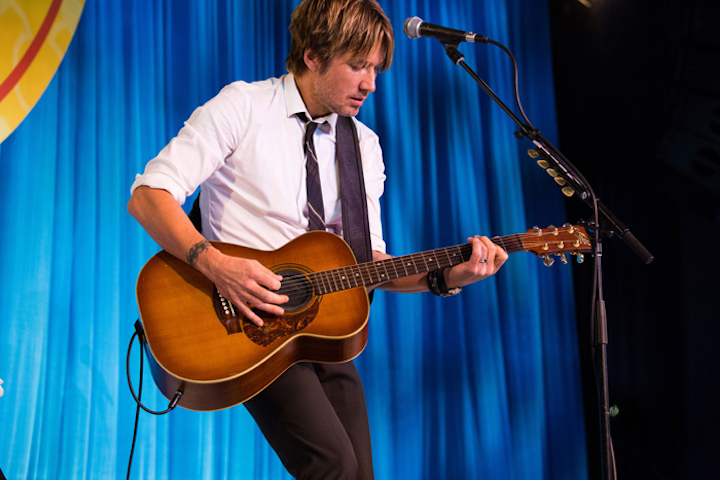 Keith Urban's set included some of his own material, such as "Cop Car," and classic rock songs such as Steve Miller Band's "The Joker." "He could not have been easier to work with," said planner Lee Kite.
Photo: Adam Novak Photography 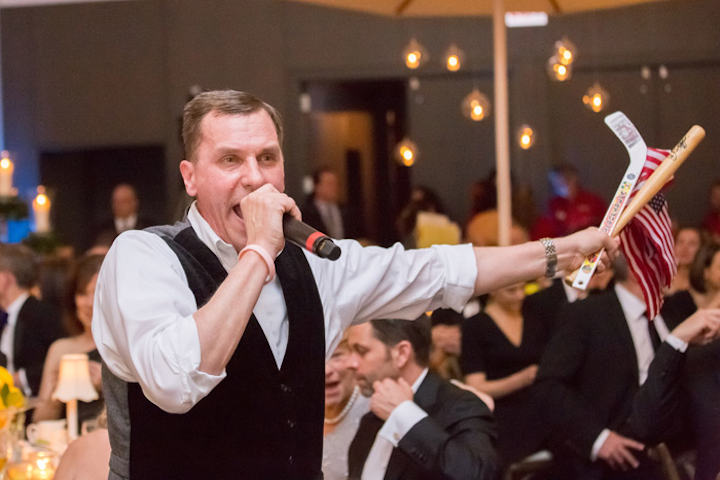 The high-octane live auction featured 10 packages. The top-selling lots included a 2014 Mercedes-Benz CLA Class, which sold for $42,000. A white gold and diamond bracelet from Tiffany & Company sold for $37,000, while a trip to see Keith Urban on his upcoming tour went for $33,000. There was also a silent auction with more than 200 packages.
Photo: Adam Novak Photography 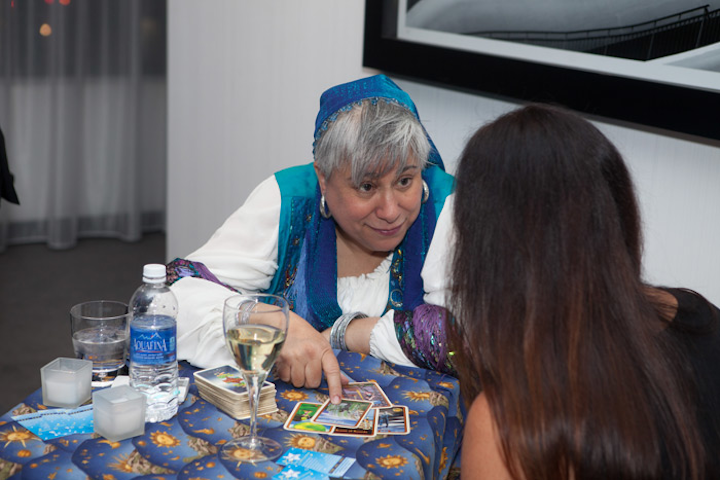 The after-party included a caricature artist, a tarot-card reader, and a photo booth. There was also a live band and casual snacks such as hot dogs and pretzels. "The food was fun, accessible, and not too froufrou," said Kite, who added that some 450 guests attended the after-party. "That’s a pretty big number because a lot of people are ready to go at 10:30 [when the program ends]. But a lot of people stayed."
Photo: Adam Novak Photography
More in Chicago