The N.H.L. made a significant move southwest, taking its award show to Las Vegas from Toronto for the first time in to ramp up the celebrity factor.

For the first time in its history, the National Hockey League’s annual award ceremony headed south of the Canadian border on June 18. The N.H.L. signed a three-year deal with the Las Vegas Convention and Visitors Authority to stage the event in Las Vegas, an effort on the N.H.L.’s part to capture more celebrities and expand the game’s appeal within the United States.

Held at the Pearl Theater at the Palms Casino Resort, the N.H.L. Awards drew an estimated 200 hockey pros from current and past rosters to the self-proclaimed entertainment capital of the world. The red carpet arrival line wound from the Palms valet entrance through the casino to the theater and was lined at least six-deep with enthusiastic jersey-sporting hockey fans. Nearly 1,800 guests attended the awards event in its new home.

Sixteen awards were handed out over the course of the two-hour ceremony. Familiar entertainers on hand to open the show included hockey enthusiast and comedian Denis Leary, who provided an ode to the hockey-fan relationship via tape, and recording artists Robin Thicke and Chaka Khan, both of whom performed the ceremony’s opening number. The atmosphere resembled part rock concert and part Vegas-style production. This effect was appropriate, of course, given its location at the Pearl, which regularly hosts big-name concerts.

"The basic overall theme was intended to be a classic, throw-back Vegas night," said Andre Mika, N.H.L. senior vice president of broadband and new media and executive producer of the awards. "That's the reason we had the band on stage and we used the trophies as our only other backdrop. We had the lighting positioned in the house to extend the set into the audience. The Pearl is one of my favorite theaters because of how intimate it is: It's like a television studio that happens to seat 2,000 people."

All attendees, along with the players and celebrity presenters, got invitations to an after-party at the N9NE Group’s Rain Nightclub at the Palms.

The N.H.L.’s senior vice president of events, Don Renzulli, headed the team responsible for bringing the event to Las Vegas this year. He credited Palms owner George Maloof with initiating the discussion with the N.H.L. Maloof, owner of the Sacramento Kings N.B.A. team, was also instrumental in bringing the N.B.A. All-Star events to Las Vegas in 2007.

Subsequent commitments of support from the convention and visitors authority to help promote the event in Vegas and in its various feeder markets, both domestically and in Canada, helped solidify the deal.

“We looked at where we were last year and in previous years with the event and decided it was time for a change,” said Renzulli, who is based in New York and has been with the N.H.L. for two years. “It was time for us to secure the celebrities and the talent we sought. By bringing the event to Las Vegas, we’re able to draw more easily from both Vegas and L.A., and able to elevate its profile among that audience.”

Having the awards in Las Vegas as opposed to the Elgin Theatre in Toronto, where the event was held last year, brought about a number of changes to the logistics, said Renzulli.

“Other than having another room block at Caesars [Palace], everything else was at the Palms. It’s great to come to a place like this that has not only the awards venue, but the room block and the party venue all under one roof,” he said. “The Palms has been 100 percent behind this from day one. So many major events take place here throughout the year, it just makes things easier. And the staff at the Pearl was awesome to work with. Then we had the [convention and visitors authority] as a sponsor, which came in and helped with promotional support. The whole community got behind it.” 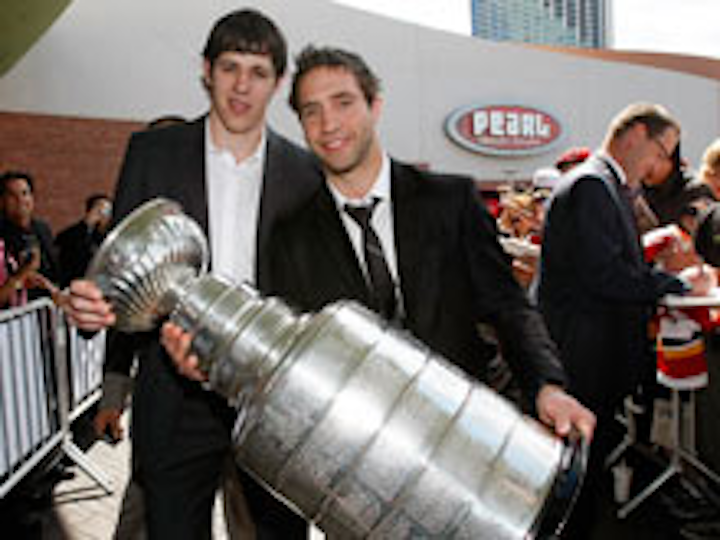 Max Talbot and Evgeni Malkin of the Pittsburgh Penguins on the red carpet
Photo: Ethan Miller/Getty Images for N.H.L. 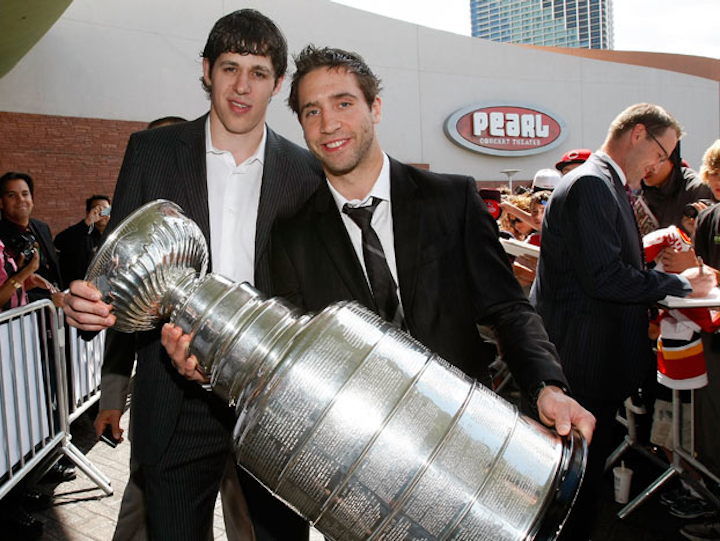 Max Talbot and Evgeni Malkin of the Pittsburgh Penguins carried the Stanley Cup on the red carpet of the N.H.L. Awards at the Palms Casino Resort.
Photo: Ethan Miller/Getty Images for N.H.L. 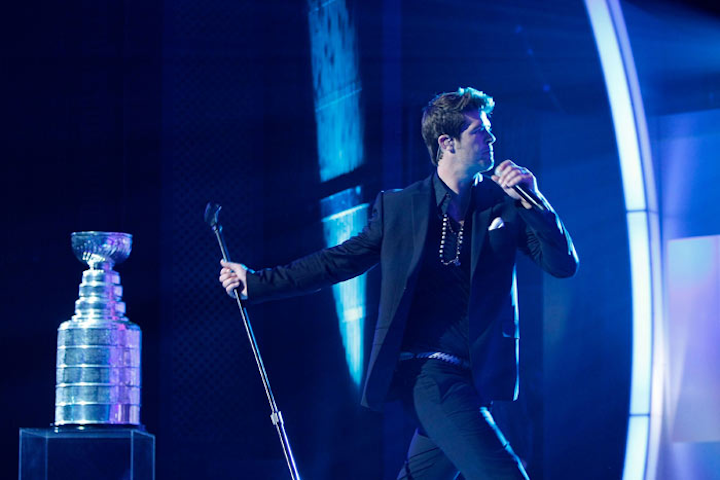 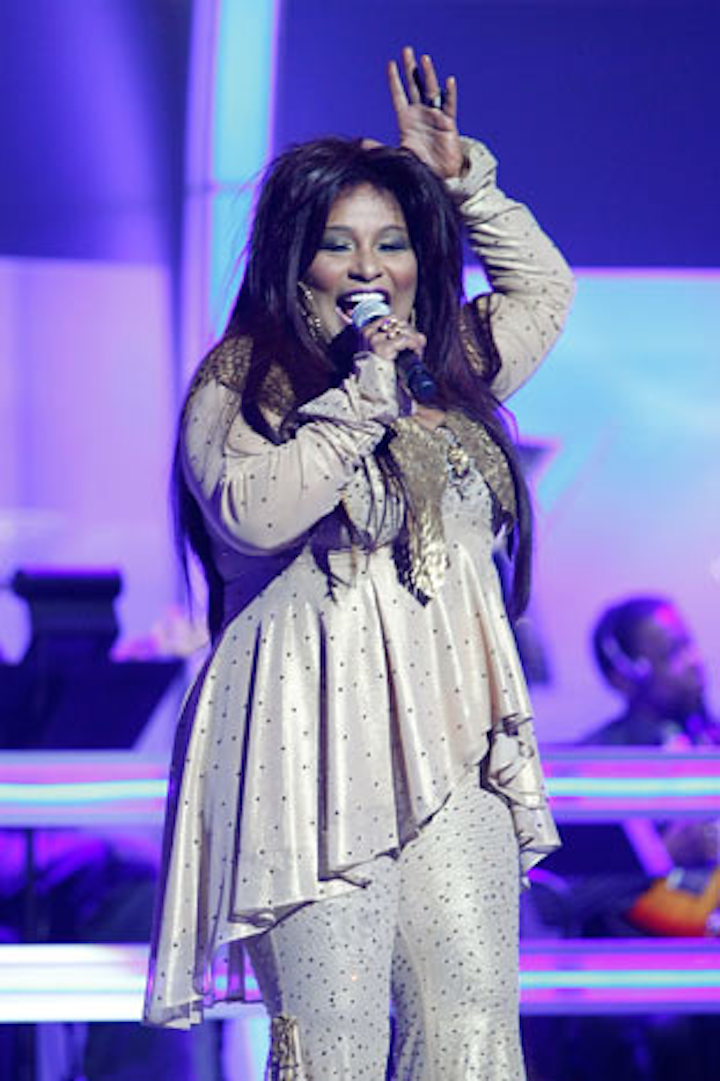 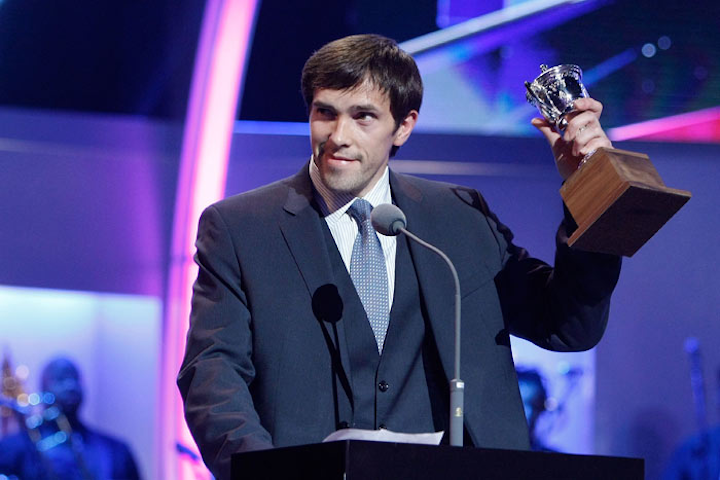 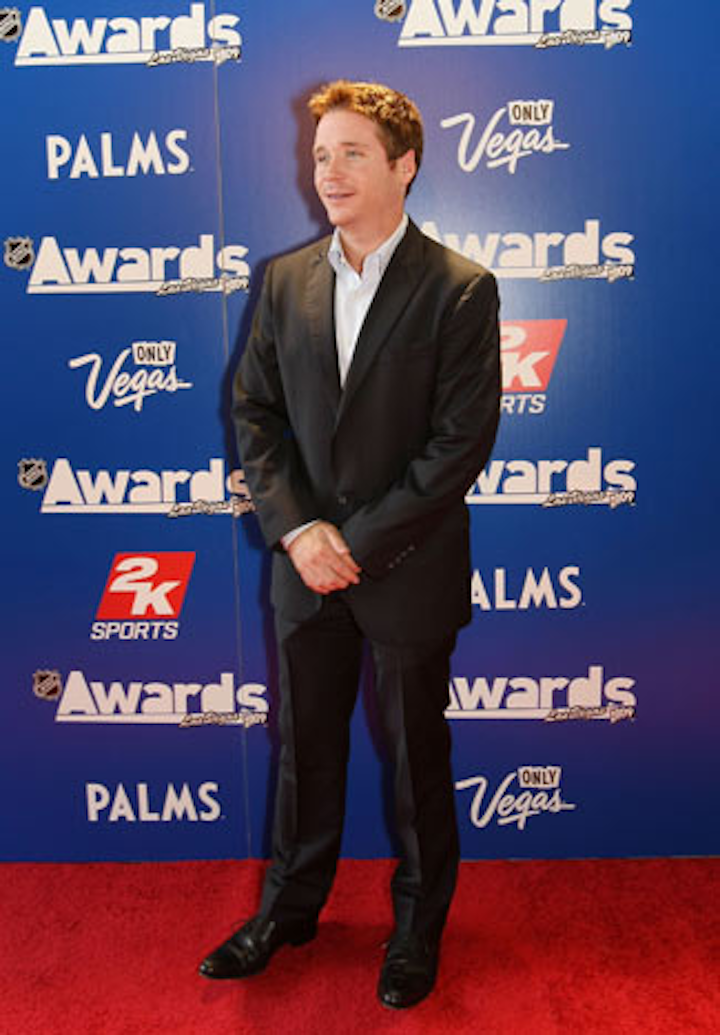 The N.H.L. moved to Las Vegas in the hopes of upping the celebrity quotient, and drew the likes of actor Kevin Connolly.
Photo: Bruce Bennett/Getty Images for N.H.L.
More in Las Vegas