U.S. Travel Association’s International Pow Wow, the travel industry's major international marketplace, wrapped its run from Sunday through Wednesday at the Los Angeles Convention Center. The last time the event came to town was 2004, prior to the city's development of L.A. Live—and a total of $7 billion in capital improvements. The newly renamed Los Angeles Tourism & Convention Board and other local sponsors and participants were eager to show off.

The days of prescheduled business appointments drew more than 1,000 U.S. travel organizations from every region, and close to 1,200 international and domestic buyers from more than 70 countries, all of whom conducted business negotiations expected to generate $3.5 billion in future U.S. travel. (L.A. expects to see an immediate economic impact of $9.7 million from the event.) After all those meetings, a series of nighttime parties kept the energy up for attendees—and were meant to show off the best the city has to offer.

Kicking things off was the opening-night event at the Hollywood & Highland Center on Sunday. For that party, the center and the theater formerly known as the Kodak were closed to the public, and invited guests accessed it through a red carpet along the Hollywood Walk of Fame. Guests checked out Cirque du Soleil's "Iris: A Journey Through The World of Cinema" in two 30-minute previews. Event producer Dwayne Jones intended to give the center's 19,000-square-foot outdoor courtyard the feel of an old-Hollywood speakeasy for the evening, with full projection on the seven-story arch that frames the Hollywood sign.

Connor Cruise (son of Tom Cruise and Nicole Kidman) served as one of the evening's DJs. The "New Hollywood" party zone in Awards Walk led into the theater, where DJ Nahchey from Dash Entertainment spun for the crowd and Madame Tussauds celebrity figures stood sentry along the red carpet. Wolfgang Puck provided the food and bar service for the evening, and nine restaurants on the property were open for guests. Retail throughout the center was also open, offering discounts and offers for Pow Wow attendees. There was live entertainment in Hard Rock Cafe Hollywood and Rolling Stone L.A., as well as bowling in Lucky Strike Lanes Hollywood. A fireworks show over the courtyard celebrating Hollywood's 125th anniversary capped off the night's drama.

The next night, Universal Studios Hollywood welcomed more than 6,000 attendees, who were greeted by searchlights, Universal Studios staffers, and mock paparazzi as they walked the red carpet into the venue. The centerpiece of the night's experiences was an advance opportunity to ride on the new giant-scale attraction, “Transformers: The Ride 3D.” Other entertainment areas filled the space, and all of Universal's park characters were on hand to entertain guests. Infusion Lounge Hollywood sponsored a dance club within the event.

Wrapping up Pow Wow's major parties was the "Hooray Los Angeles" closing-night gala for 3,500 on Wednesday. Producers of that event didn't have the benefit of a huge-scale, permanent production like a Cirque show or an amusement park ride to make a splash, but nevertheless found plenty of tricks up their sleeves. EventWorks—led by Janet Elkins, Ted Bowers, and Greg Holford—produced the event at the Event Deck at L.A. Live, after a forecast of rain forced a move from the original location, California Plaza. An array of entertainment offerings packed the party, including hip-hop violinist Josh Vientti; the Aqualillies; Nikka Costa, who performed courtesy of West Hollywood's Sunset Strip Music Festival; and a Grammy Museum-sponsored concert by headliners Earth, Wind & Fire, followed by dance music with DJ Ronnie G. Wolfgang Puck catered dinner at the event, where various stations represented local regions, like Pasadena and West Hollywood.

The uncooperative weather necessitated some changes to the content, as well as to the venue: EventWorks had to strike the planned five-minute 3-D media show with DWP and Monster Media that would have transformed the Omni Hotel while guests looked on. 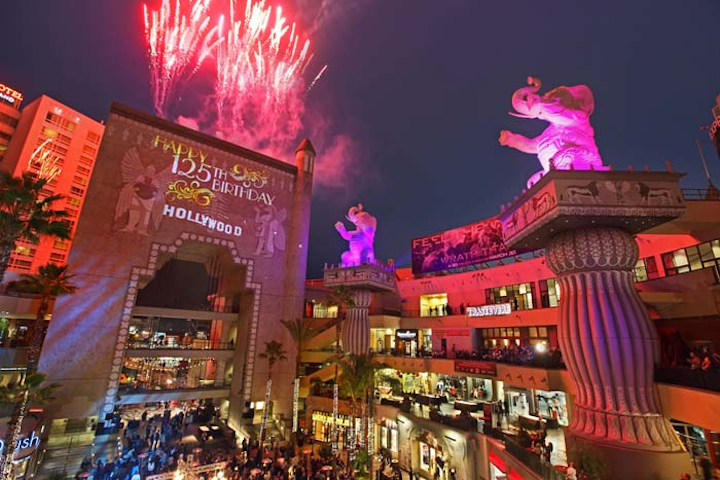 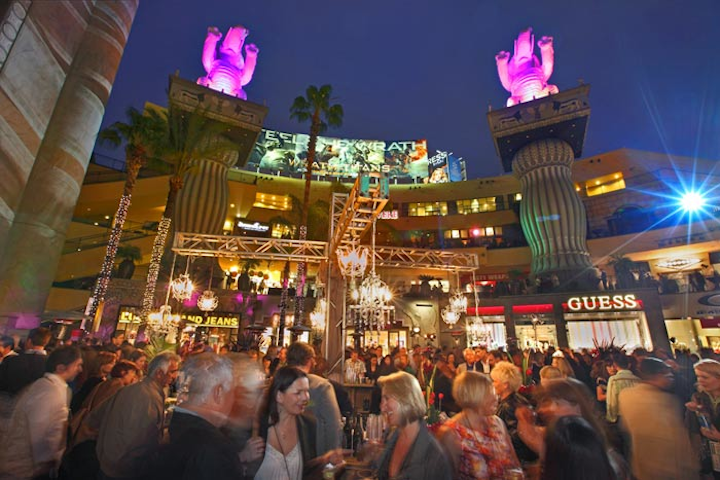 The International Pow Wow's first Los Angeles visit since 2004 kicked off with a gala at the Hollywood & Highland Center and a chance for guests to see the Cirque du Soleil show, "Iris."
Photo: Line 8 Photography 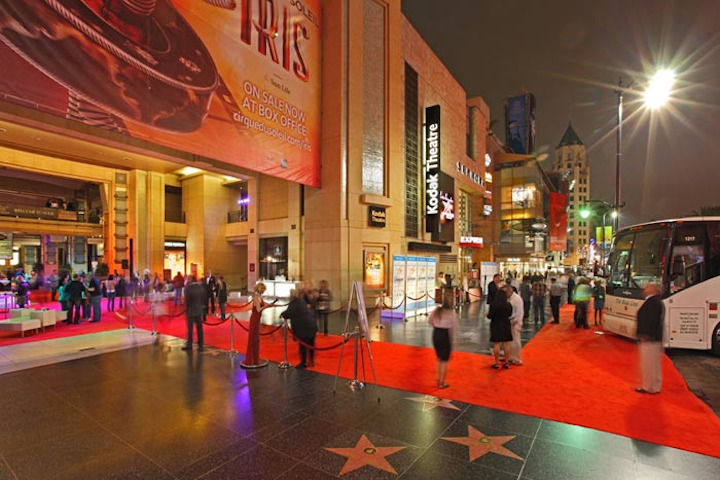 Invited guests accessed the event through a grand red carpet along the Hollywood Walk of Fame.
Photo: Line 8 Photography 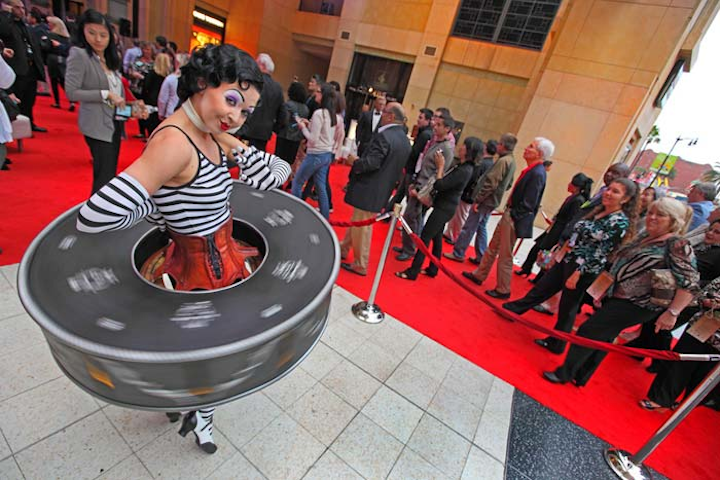 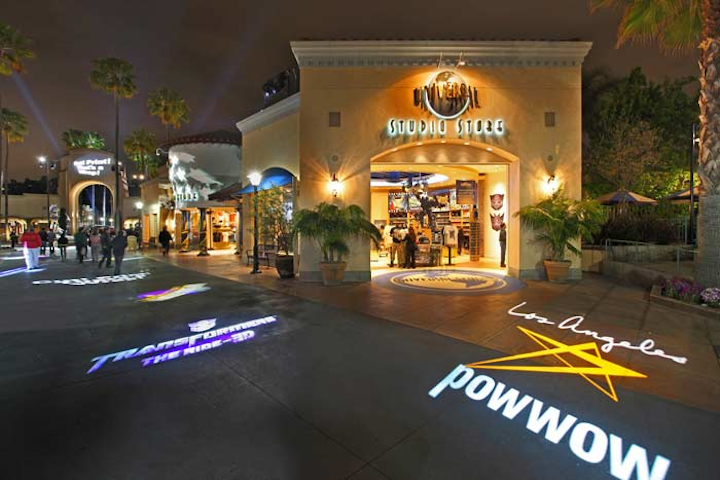 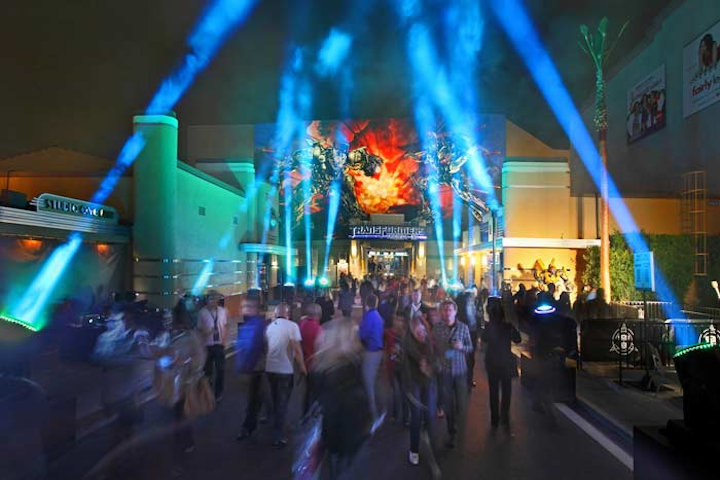 The centerpiece of the night's experiences was an advance ride on the new giant-scale attraction, “Transformers: The Ride 3-D.”
Photo: Line 8 Photography 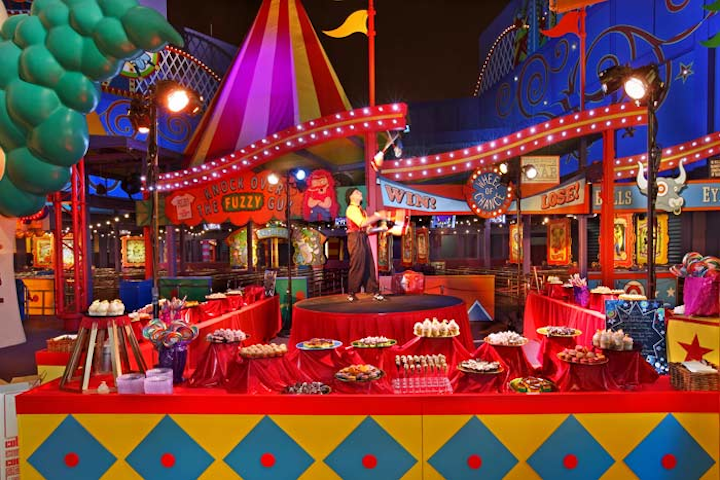 An array of entertainment, food options, and costumed characters rounded out the experience in the theme park. Themed dessert stations offered sweets matched up to rides, like a circus-style station inspired by the Simpsons attraction.
Photo: Line 8 Photography 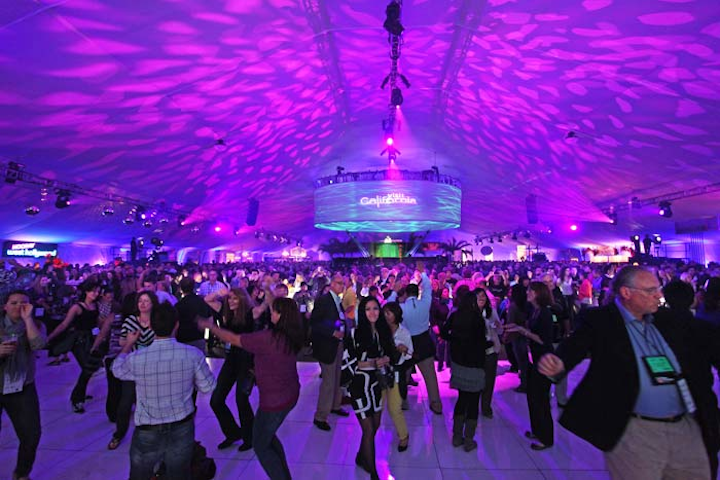 After a change of venue due to weather, Pow Wow's closing-night gala took to the Event Deck at L.A. Live.
Photo: Nadine Froger Photography 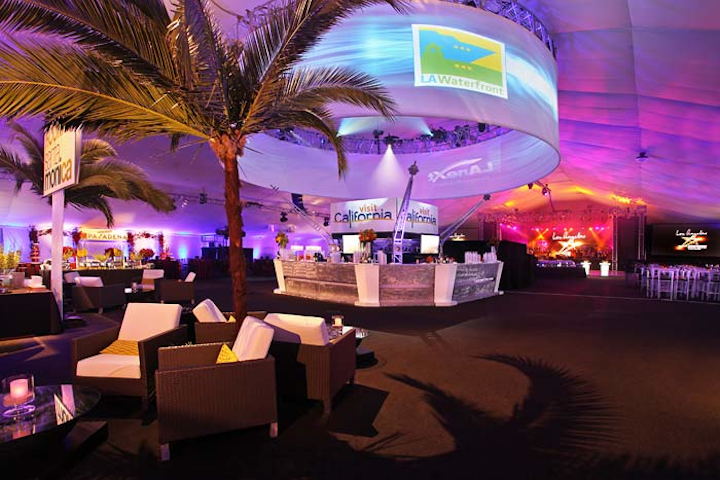 An array of entertainers took to the main stage at the far end of the tent.
Photo: Nadine Froger Photography 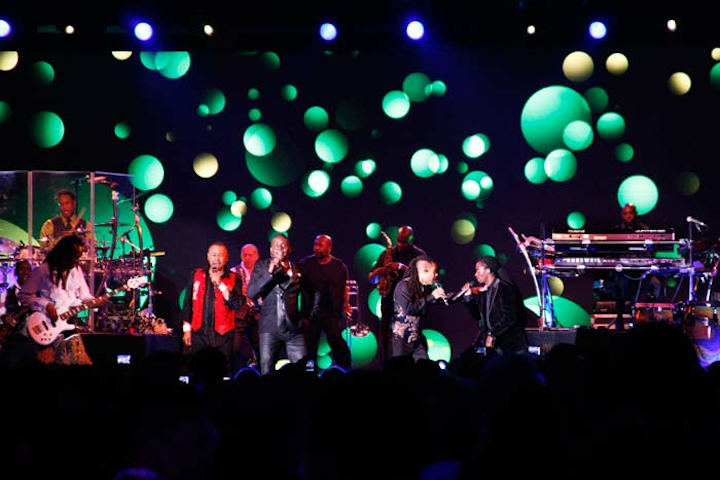 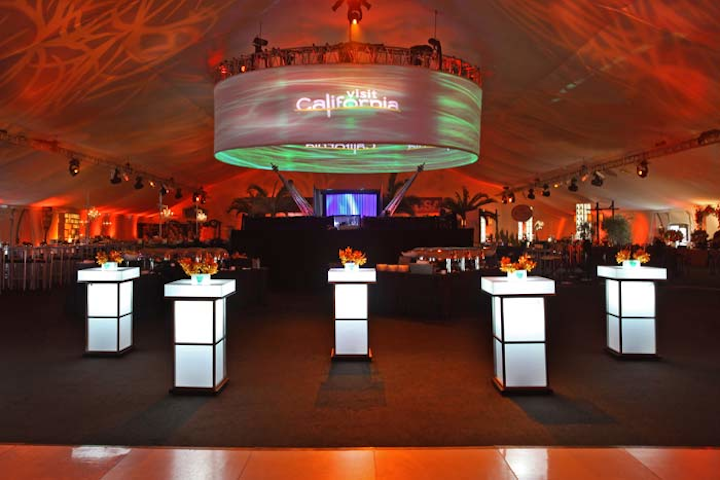