One of Miami's long-running charity events, the Blacks' Annual Gala, hosted by prominent residents Lea and Roy Black, continued the tradition of showcasing award-winning singers on Saturday, selecting local star Pitbull as well as Pharrell Williams and Dionne Warwick as the marquee performers. The addition of such high-profile rap stars recalled Lil Wayne's performance at the Blacks' Gala two years ago. And Lea Black herself increased her notoriety of late, as a cast member of Bravo's Real Housewives of Miami.

The theme of the 17th edition of the gala was "That's What Friends Are For," a nod to Warwick's famous song. The sold-out event for 500 began at the Eden Roc Renaissance Miami Beach, with red-carpet arrivals at 7 p.m., followed by a cocktail reception with beverages supplied by Grey Goose Vodka, and hors d'oeuvres by 2Taste Catering.

The gala's purpose is to help at-risk children through the Consequences Charity & Foundation, which helps reduce juvenile crime and incarceration. As such, event planner Teresa Blumberg of TOCA Events said the goal was "to create a sophisticated and stylish event without spending hard-earned charity dollars."

For the family-style dinner, during which Warwick performed, Blumberg said she strove for a simple elegance, using metallic gray linens and chair covers, and sculptured floral bowls by Emilio Robba on aluminum risers.

The post-meal performances by Pharrell Williams and Pitbull in the hotel's Pompeii Ballroom drew guests onto the dance floor. To foster even more of an exclusive feel, Blumberg created modular V.I.P. lounge areas directly in front of the stage. "We wanted to create a more interactive experience for the guests," she said. "We also added lit-up acrylic boxes with fashion models standing on them behind the lounges."

"This is an event that brings our community together with celebrities, sports stars, and a very good cause," said gala founder Roy Black. "It’s great fun—not your typical black-tie gala."

Ticket sales (which started at $650 per person), as well as a live and silent auction, contributed to the 2011 gala raising more than $750,000, a number in line with the funds raised from last year's gala. 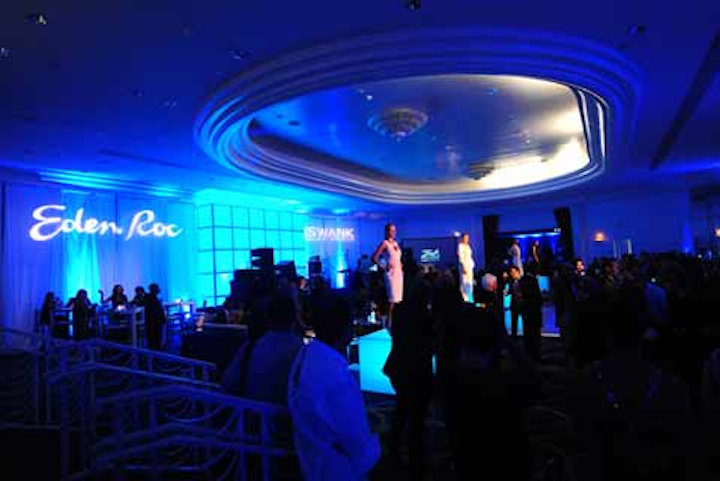 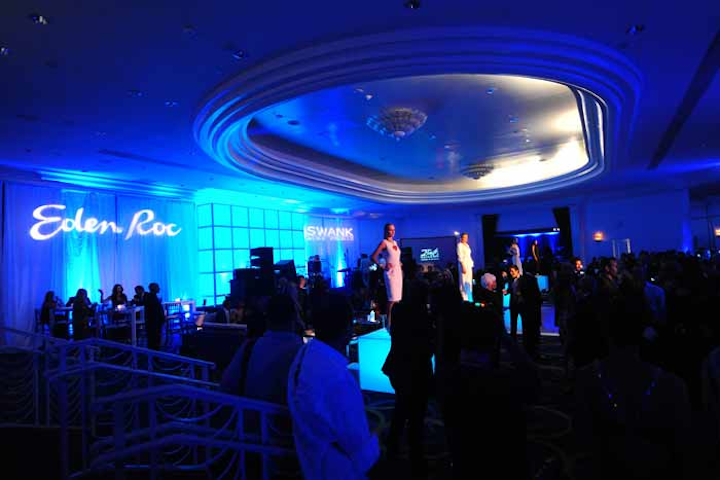 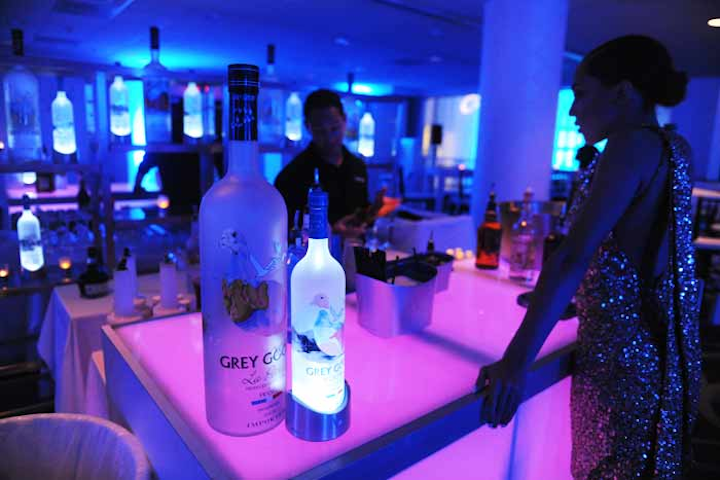 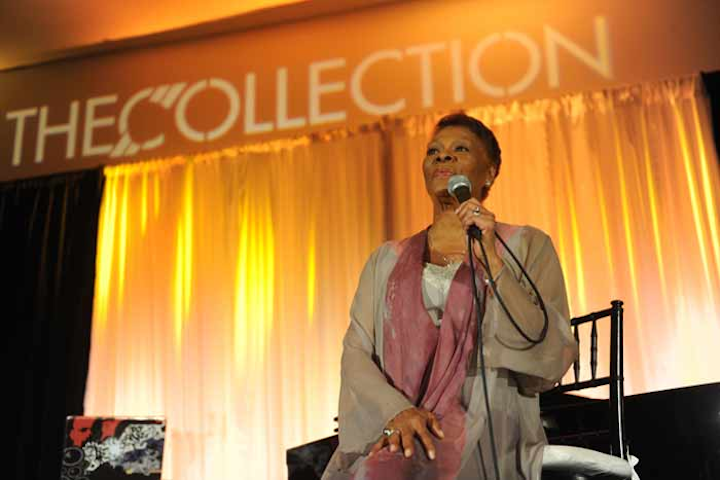 Dionne Warwick inspired the night's theme, "That's What Friends Are For," and performed during dinner.
Photo: Gustavo Caballero / Getty Images 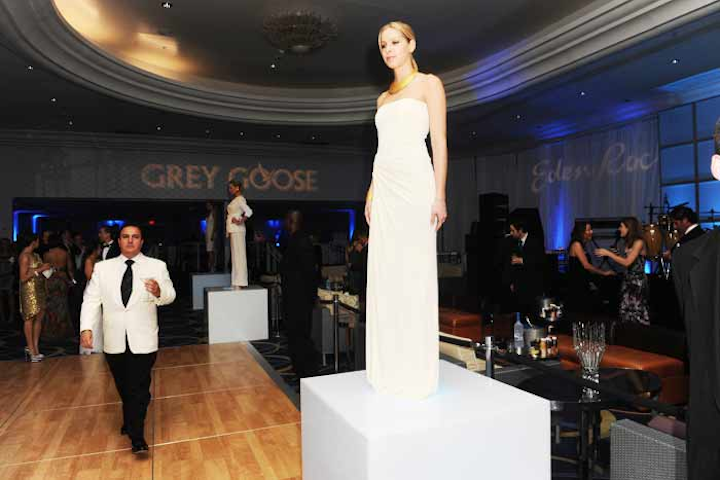 Models were placed on acrylic boxes lining the dance floor. 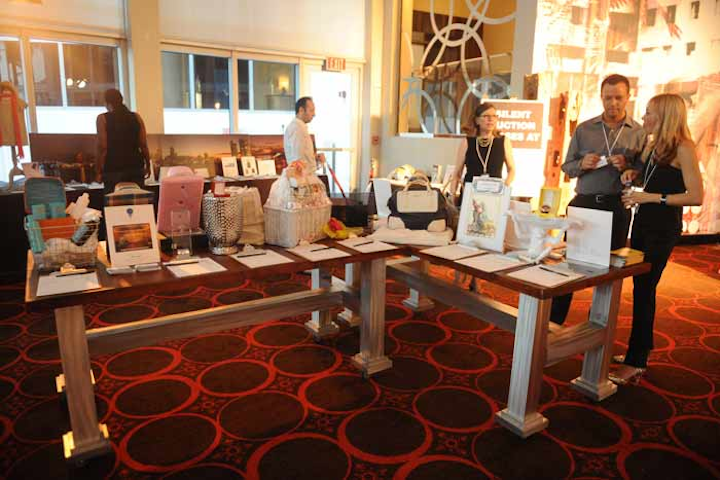 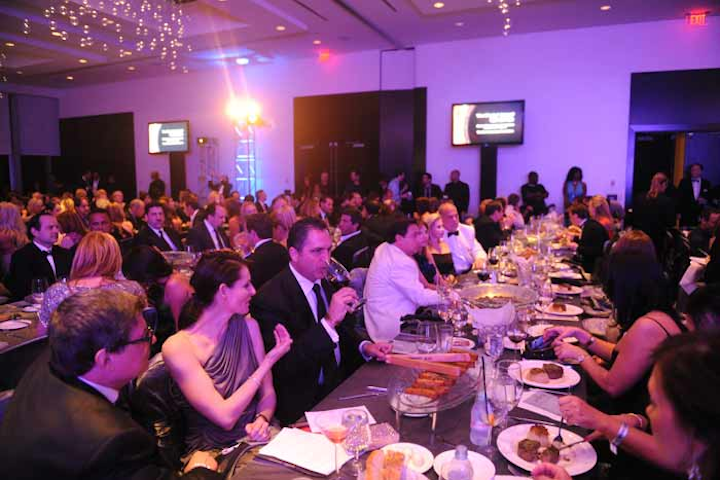 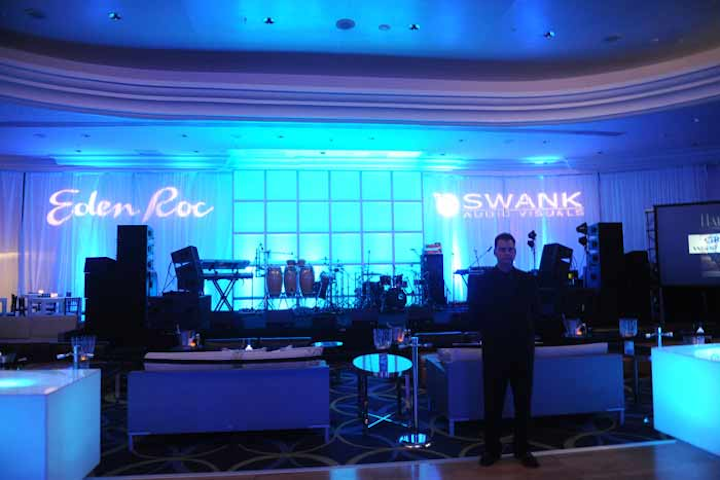