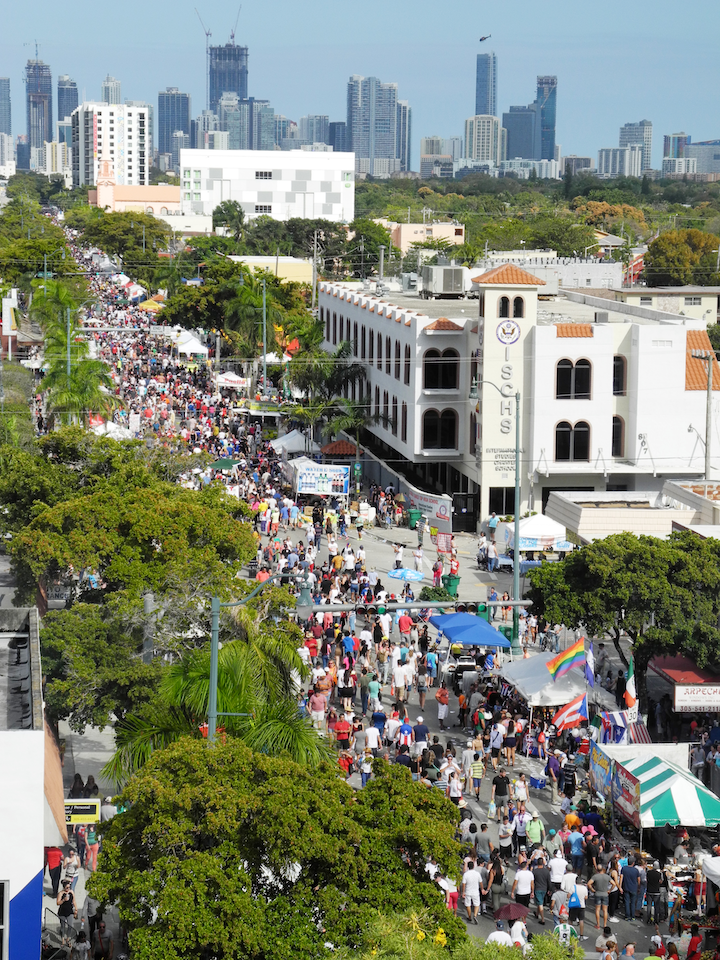 Carnaval Miami, presented by the Kiwanis Club of Little Havana, culminates its weeklong celebrations with Calle Ocho. Comprising 20 blocks, Calle Ocho is the largest Hispanic/Latino event in the United States. Ten stages will dot the streets in 2019. Expect a croqueta eating contest, a Cuba chef battle, and a performance by Gente de Zona. Next: March 2020
Photo: Courtesy of Carnaval Miami 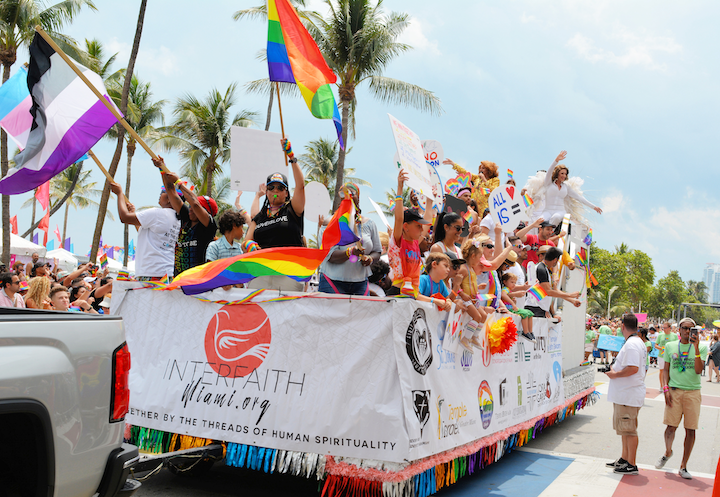 The weeklong celebration of L.G.B.T.Q. communities, Miami Beach Pride will light up the 1111 Parking Garage in rainbow colors, present networking events and parties, and host a free museum night at the Perez Art Museum Miami. An energy-packed parade closes the week, shutting down Ocean Drive for the 11th year in a row. Celebrity Cruise is the year’s primary title sponsor. Next: April 1-7, 2019
Photo: SRL Media, Inc. 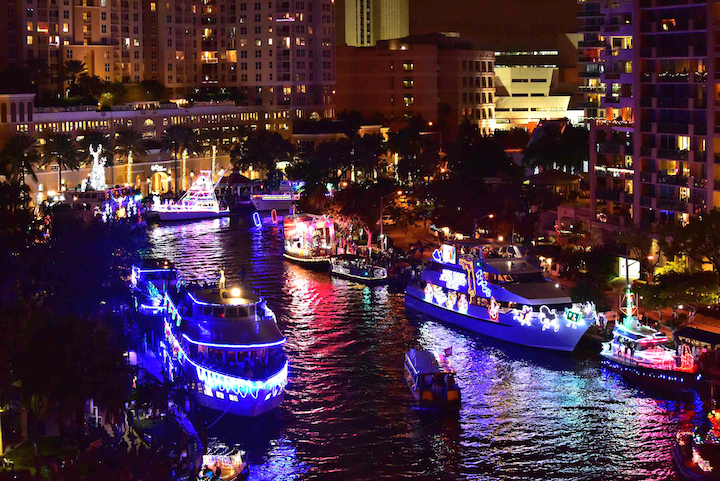 The Florida Festivals & Events Association awarded the Winterfest with 15 honors in 2018. The Seminole Hard Rock Hotel & Casino’s Winterfest Boat Parade in Fort Lauderdale estimates that one million people watch the parade along the 12-mile route while even more tune in on television and via the online stream. The 2018 theme was Best of the 80s with the singer Huey Lewis serving as grand marshal. Next: December 2019
Photo: Ginny Fujino 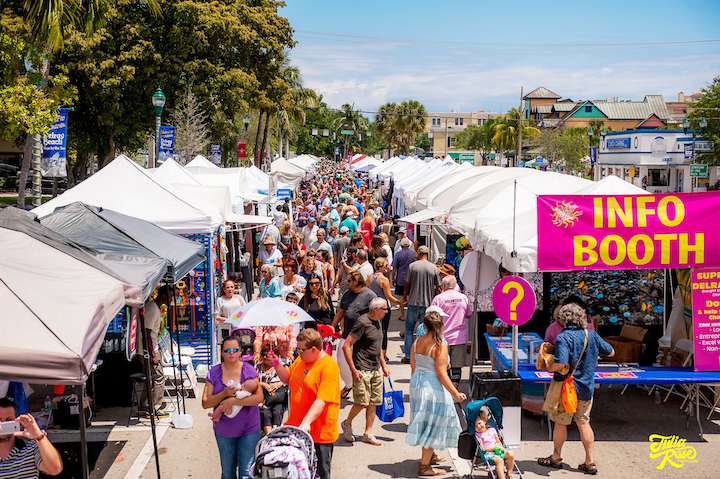 The 12-block Delray Affair is promoted as the largest arts and crafts fair in the southeastern United States. The 57th edition of the free public gathering in Downtown Delray will expand to three Beer Gardens backed by Delray Honda and also debut the McManis Family Vineyards Wine Garden. When the sun sets, revelers can hang out at Delray Affair After Dark. Next: April 12-14, 2019
Photo: Julia Rose 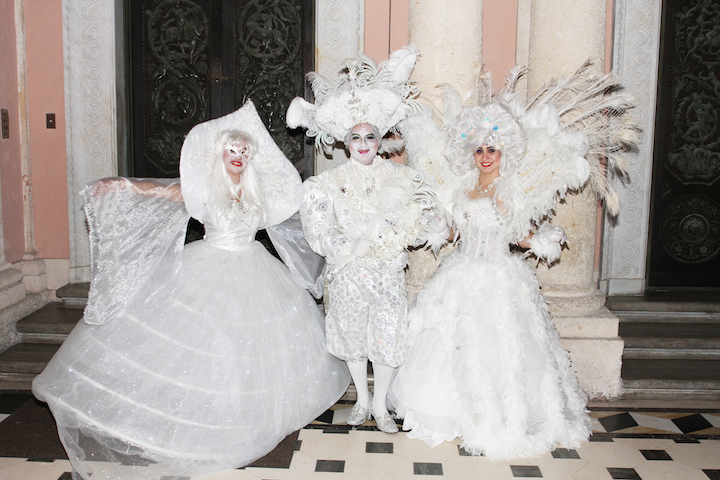 Once a weeklong jubilee, White Party has been condensed into one night but still remains one of the biggest HIV/AIDS fund-raising parties of the year. In 2018, the all-white party took place at the Vizcaya Museum and Gardens to benefit Care Resource, a not-for-profit community-based healthcare organization serving South Florida. Next: November 2019
Photo: Courtesy of Care Resource 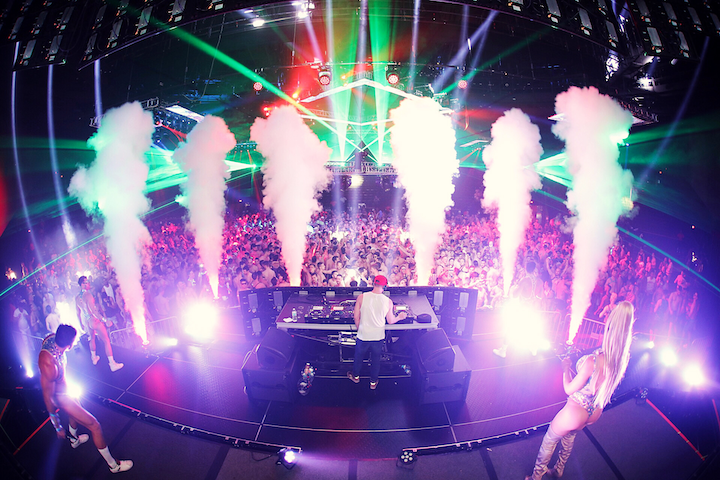 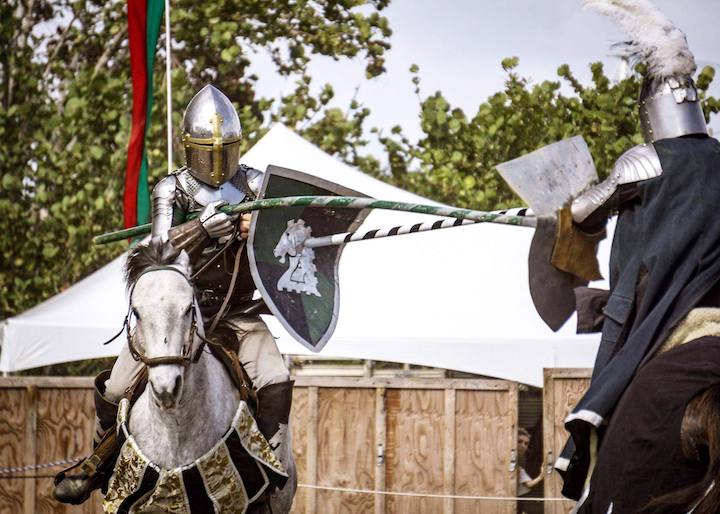 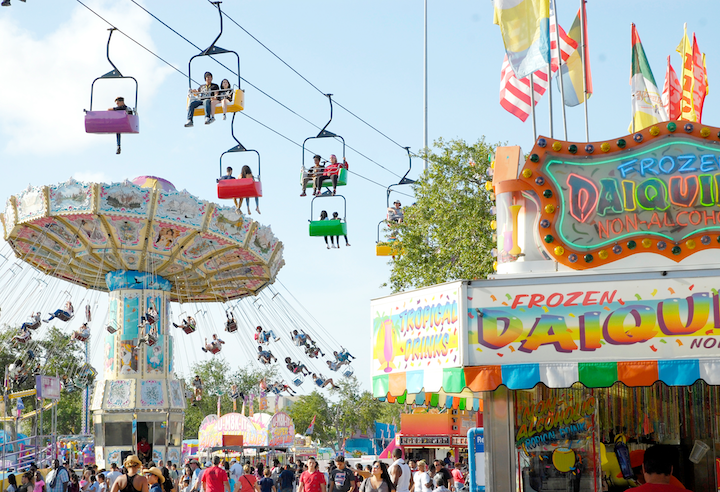 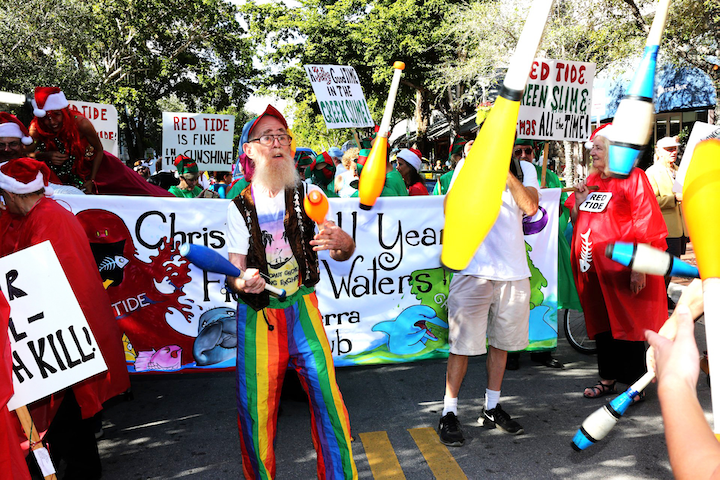 The parade is brimming with personality, parodies, and political satire: The King Mango Strut is a longstanding Coconut Grove tradition. There is no entry fee to participate or attend, and no limit to what can be said or done. What started as a rejected group from the King Orange Bowl Parade enters its 38th anniversary in 2019. Next: December 2019
Photo: Art Seitz 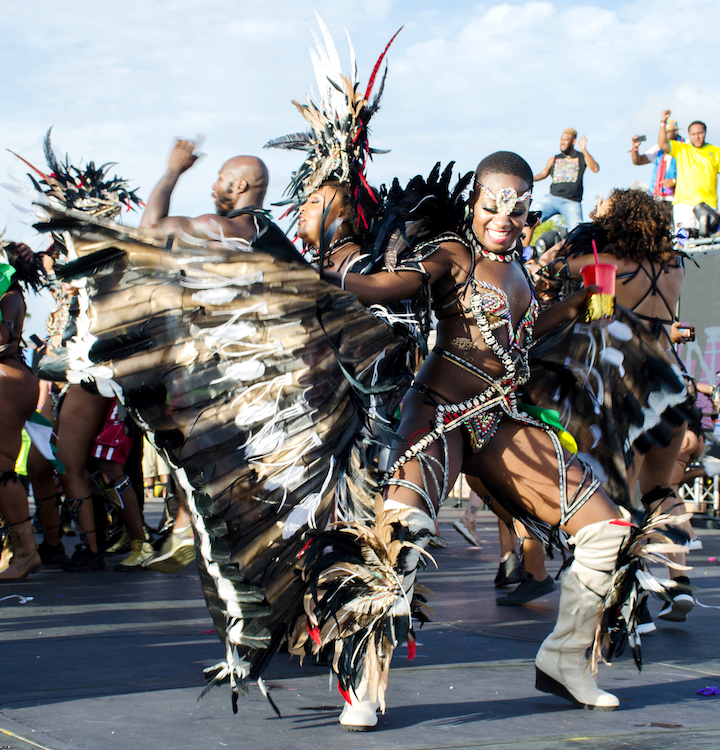 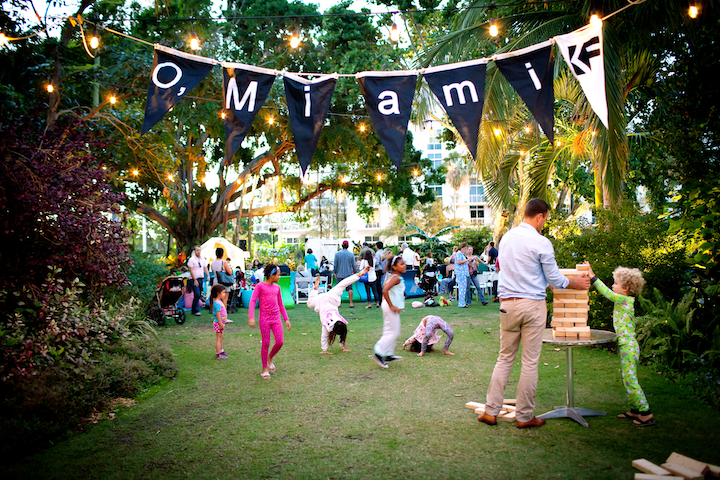 Every April, Miami muses on words with the monthlong O’Miami Poetry Festival and its mission to have every person in Miami-Dade County encounter a poem. This year marks its eighth anniversary, and it will herald in its first permanent installation, the sculpture "Stay Gold" by Jessy Nite, which was inspired by a Robert Frost poem. In another project, a “flash-mob” style gathering will have people in custom flip-flops leave impressions of text on Miami Beach’s sands. O, Miami is backed by the Knight Foundation. Next: April 1-30, 2019
Photo: Charlotte Kesl 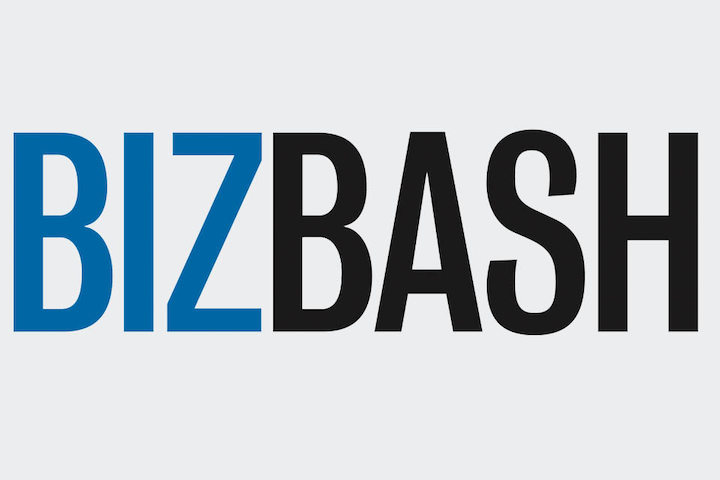 Memorial Day Weekend on Miami Beach is synonymous with Urban Beach Week, a decentralized celebration of black and urban culture and nightlife. Upwards of 300,000 people have flocked to South Beach to attend, though 2018 reported smaller crowds due to rain and overlap with the Air & Sea Show. The Best of the Best Music Festival went on as planned. Next: May 2019 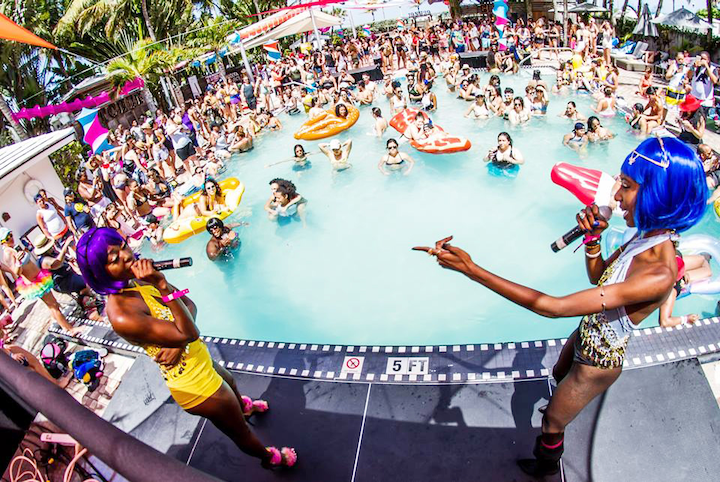 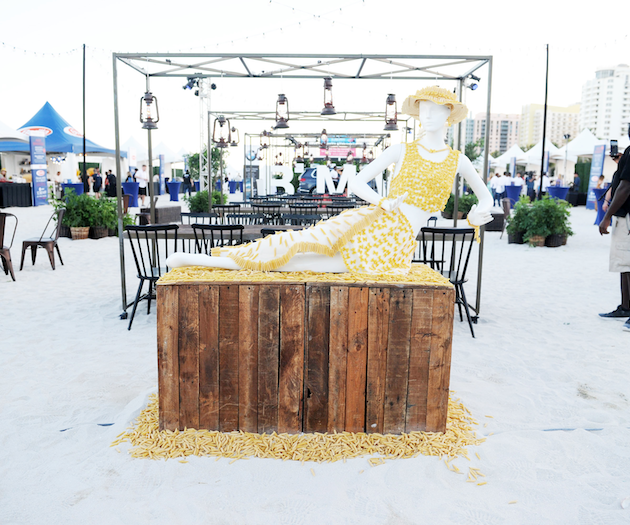