More than 60 meeting and event industry associations and organizations from New York and around the world gathered at the Hilton New York on the eve of Meeting Professionals International's MPI Foundation board of trustees meeting, to channel the industry's efforts into responding to the problems the industry is facing after the September 11 attacks. The MPI Foundation serves as an industry think tank and grants as much as $300,000 annually for new projects, so it has the ability to incubate any new initiatives coming out of the summit.
The MPI Foundation moved its board of trustees meeting from Boston to New York as a show of support for New York City. NYC & Company chief Cristyne Nicholas greeted the industry leaders, thanked them for their commitment to the city, and said the tourism group will continue to work to bring groups to New York City.

"This summit was the first time ever that a majority of industry-related foundations gathered in the same room, and out of this powerful collective brain-trust came action items that can be implemented near-term," said MPI Foundation chairman Mark Sirangelo, CEO of FilmWorks Corporation.

A unique brainstorming session took place following presentations from various industry experts like PricewaterhouseCoopers' Cristina Ampil; Yesawich, Pepperdine and Brown's Dennis Marzella; and McGettigan Partners' Christine Duffy. Sirangelo moderated the meeting with the skill of Oprah Winfrey, guiding and motivating speakers to make the most of the gathering.

Using technology from Digivote, at the conclusion of the discussion, participants were able to automatically vote about the ideas discussed, which ranged from media campaigns to communicate to CEOs the importance of meetings, international Webcasts on safety, scholarships for unemployed MPI members, and in-depth Web content about handling the new challenges of the industry.

After the brainstorming session, participants were ushered up to the 44th floor executive lounge, which is one of the best-kept secrets at the Hilton. The luxuriously decorated penthouse has sweeping views and feels like a private residence. The space is rarely used for private events, but the hotel's top brass pulled out all the stops for the meeting. 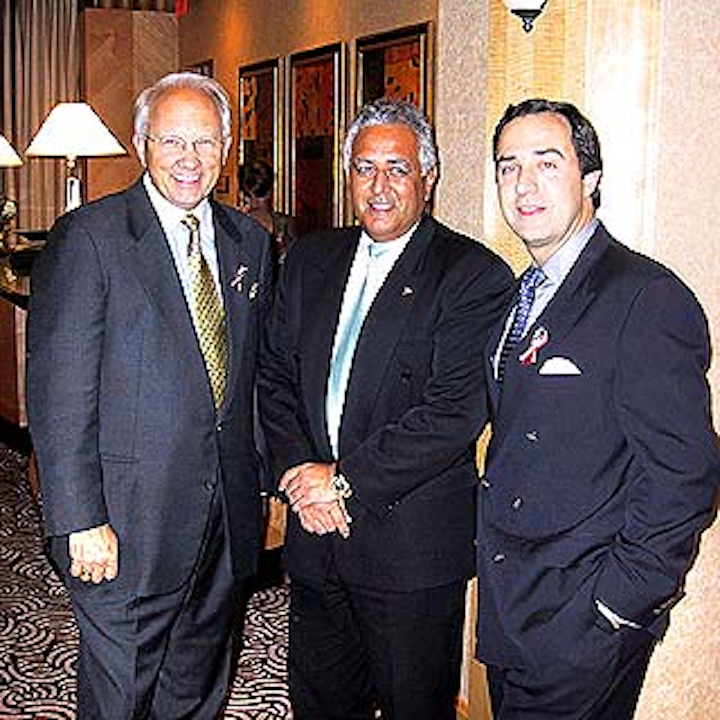 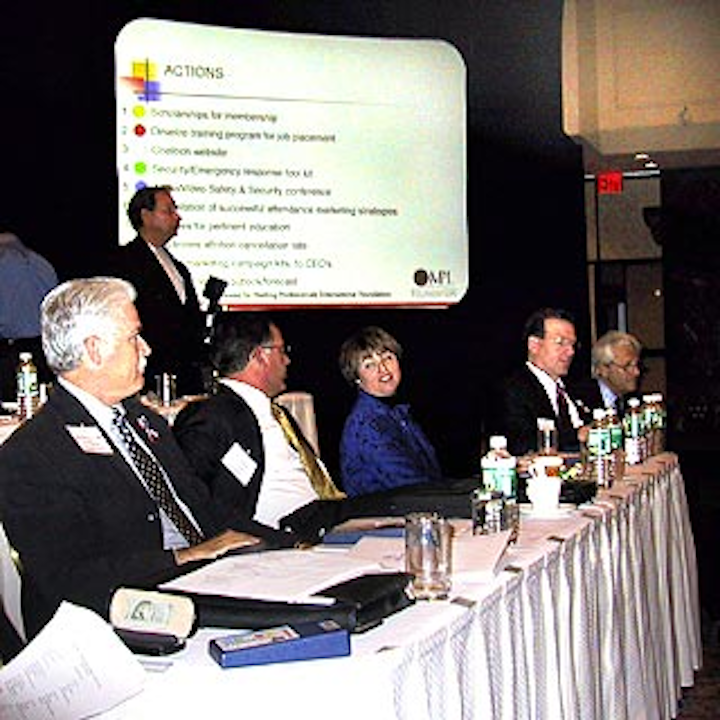 Four elevated daises like this one faced each other so Mark Sirangelo could facilitate the meeting Oprah-style. 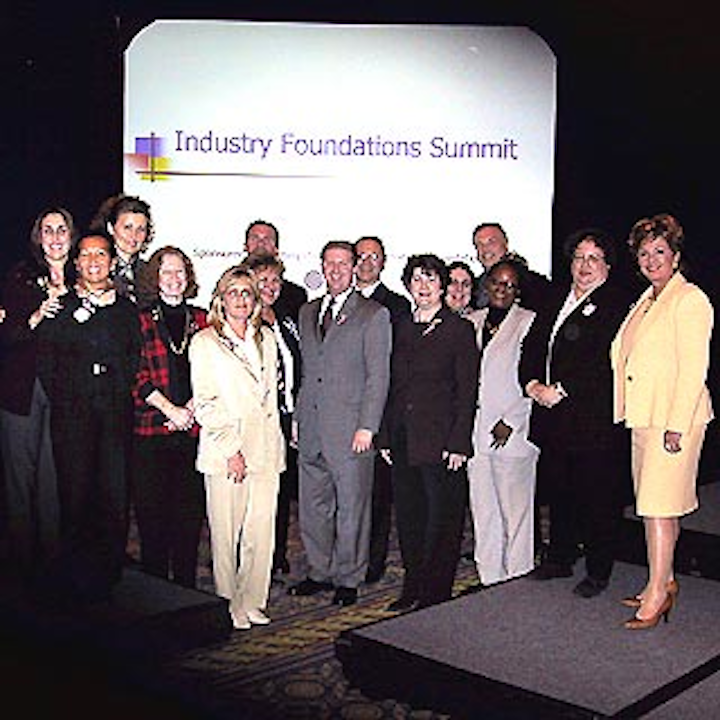 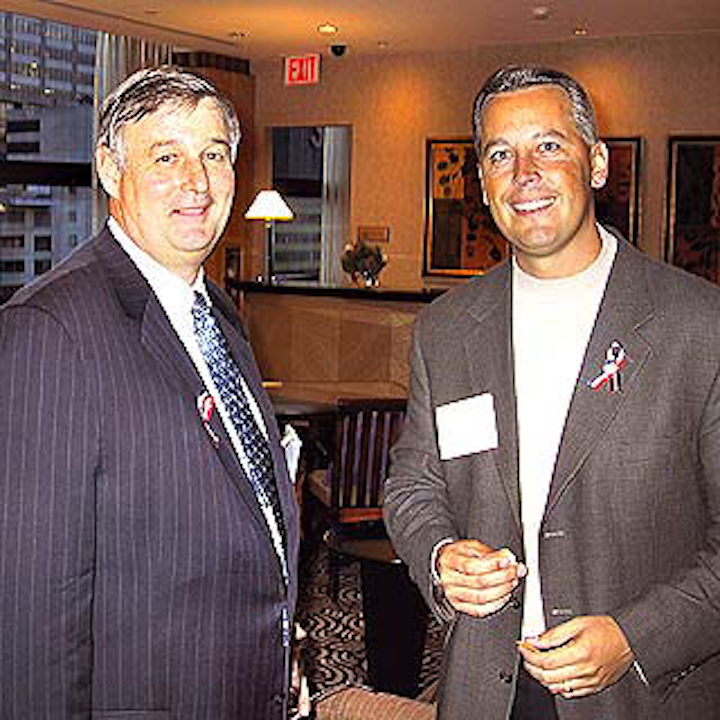