To herald the opening of its 20,000-square-foot Midtown store, Diesel is producing a weeklong guerrilla marketing campaign that puts dinner guests in a window display.

In October, thousands of people—from Tokyo to Dubai—celebrated Diesel's 30th anniversary with multiple circus-themed blowouts. Rather than outdo that large-scale effort, the Italian denim company is trying a different tactic for the promotion of its new Fifth Avenue store. Dubbed Five on Fifth, Diesel's guerrilla marketing campaign for the Midtown emporium combines window displays and street teams with free goodies and guests like Richie Rich and Arden Wohl. The effort isn't just aimed at the public—the label also wants to catch the eye of the press, who are busy covering Fashion Week shows and parties.

Unlike Giorgio Armani, which marked the opening of its 40,000-square-foot flagship with an exclusive cocktail reception Tuesday night, Diesel is seeking to pique people's curiosity by allowing them a glimpse into what would have been a private affair. The fashion label has dressed the 18- by 8-foot west-facing store window as a dining space, and each night this week will host a small party of famous (or, at least, semifamous) New Yorkers. On Monday night, club kids Richie Rich, Kenny Kenny, and Patrick McDonald ate in full view of the street; last night saw players for the New York Giants; and tonight will entertain a handful of girls from Ford Models.

The promotion doesn't stop there. To get even more attention, Diesel has teams handing out free branded merchandise—thousands of magnets, stickers, buttons, and posters—as well as men with Mohawk hairstyles canvassing the area around the store. 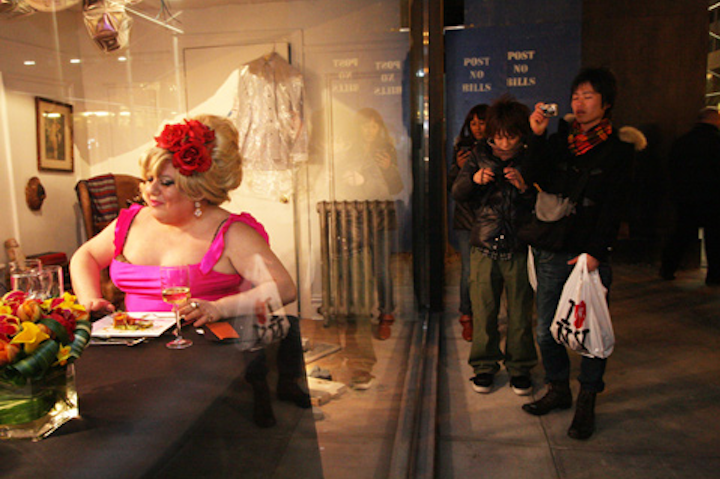 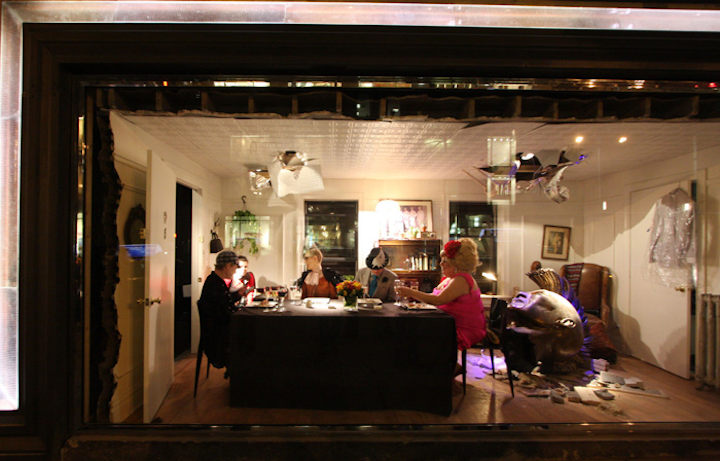 Designed to draw attention to the store iteself, Diesel's guerrilla marketing campaign had New Yorkers like Richie Rich dining in a window on Fifth Avenue.
Photo: Keith Sirchio for BizBash 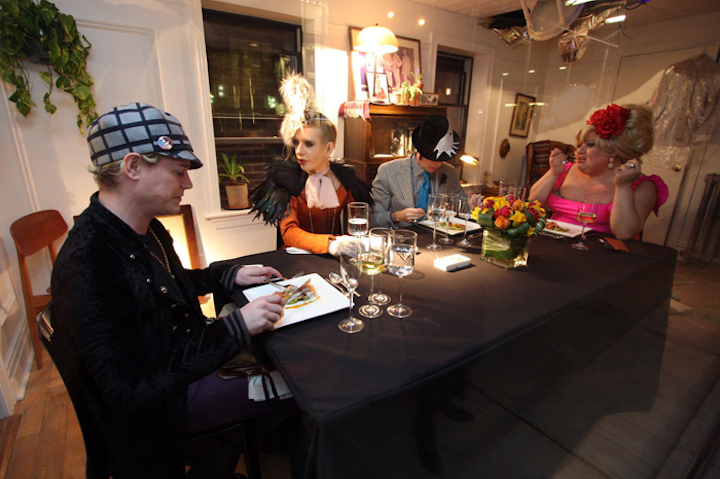 Local restaurants including Le Cirque and Cipriani are catering the dinners.
Photo: Keith Sirchio for BizBash 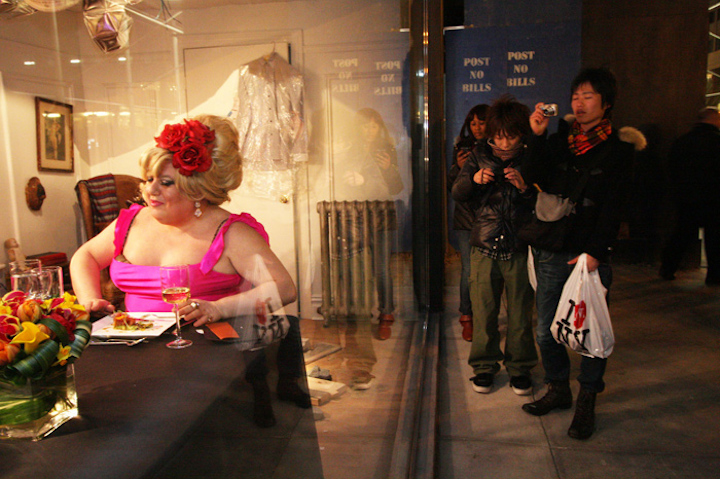 As was the goal of the publicity stunt, the diners caused curious passersby to stop and photograph the scene in the store window.
Photo: Keith Sirchio for BizBash 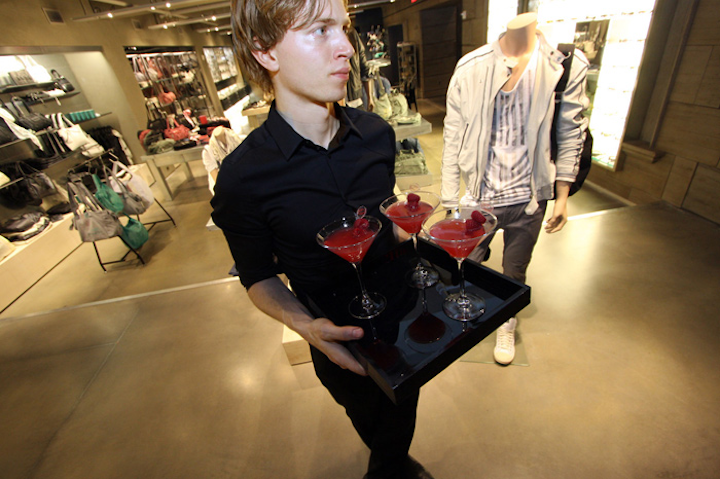 Specialty cocktails from Don Julio and Ciroc Vodka are made and served by waitstaff from Olivier Cheng.
Photo: Keith Sirchio for BizBash 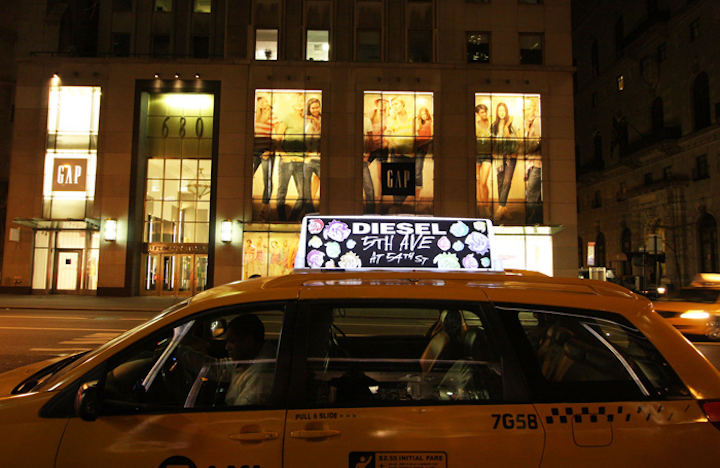 Another aspect of the campaign includes illuminated ads atop taxis.
Photo: Keith Sirchio for BizBash 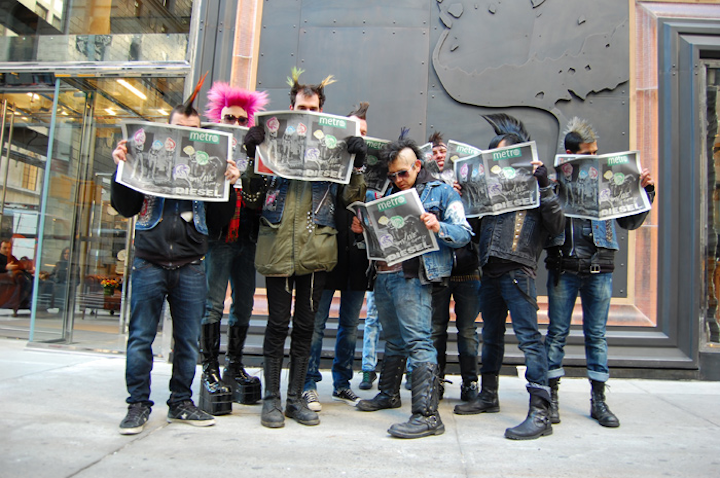 On Tuesday, a team of men with Mohawks—the hairstyle is designed to evoke the brand's Mohican head logo—took to the street.
Photo: Courtesy of Diesel
More in New York City & Tri-State Area