Spiders, cobwebs, and skulls may have been the ornaments adorning other Halloween bashes last week, but at Lanvin's Madison Avenue boutique on October 29, the accessories were more kitschy than spooky. Held to mark the opening of 121-year-old French fashion house's flagship store in the U.S., the late-night party sought to bring to life the whimsical sketches of Lanvin artistic director Alber Elbaz with eight drag queen performers, 2,500 balloons, commemorative masks, and a menu of sweet bites.

Starting at 9 p.m., some 300 guests crowded the Upper East Side shop, filling the 4,000-square-foot space with costumed fashion bigwigs such as Glenda Bailey, Stefano Tonchi, and Linda Fargo, as well as celebrities like Janet Jackson and Anne Hathaway. To dress the small, trilevel boutique, Lanvin hired Extra! Extra!, the production and design company run by Drew Elliott and Nicky Balestrieri.

Setting the scene for the masquerade was a large installation of balloons on the exterior of the store. Attached to a latticework frame—to prevent damage to the landmark facade—hundreds of candy-colored inflatables surrounded a 23- by 15-foot sketch by Elbaz and cascaded down to eye-level, where a drag queen stood holding a cluster by the attached ribbons. Inside, more drag queens created a different backdrop: real-life versions of Lanvin's famous hand-painted porcelain figurines, posing with props on custom pedestals. To add to the dollhouse look, a central stage on the second floor for the DJ and more drag performers was modeled after Lanvin's signature pale blue, black-ribbon-wrapped box.

For the guests, there was plenty more to see and do. Special masks based on Elbaz's sketches of Lanvin faces and conical party hats served as costumes for guests, as well as take-home items, a Polite in Public photo booth allowed attendees to pose for silly snaps beyond the red carpet, and Callahan Catering passed bite-size dessert nibbles like mini limoncello popsicles, chocolate tarts, and macaroon lollipops throughout the evening. 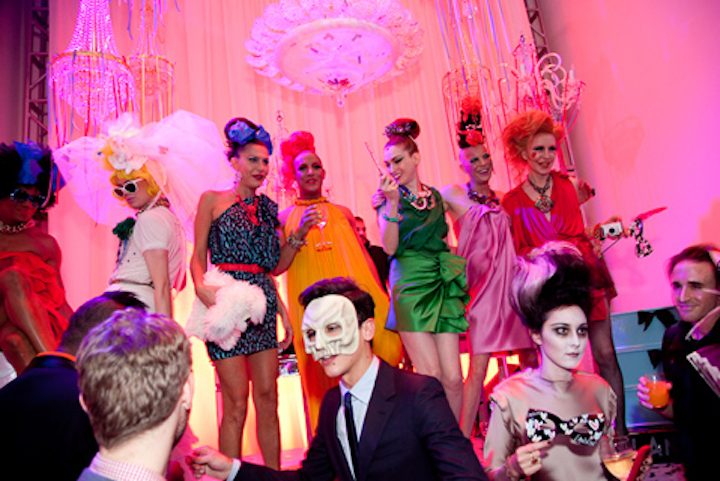 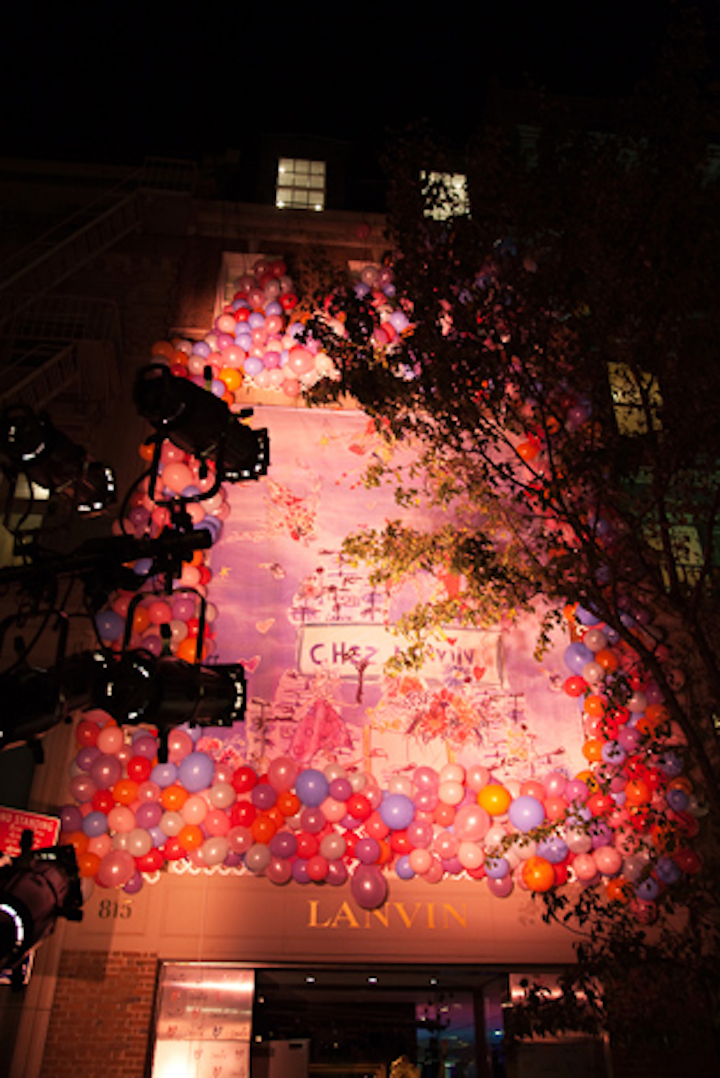 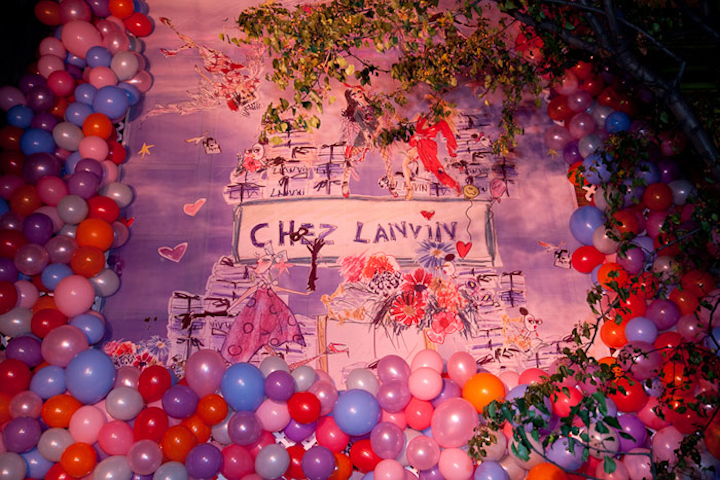 The balloons on the outside of the boutique surrounded a enlarged sketch from Lanvin artistic director Alber Elbaz, a 23-foot-tall, 15-foot-wide piece attached to a latticework frame to avoid damaging the landmark facade.
Photo: Liz Brown Photography 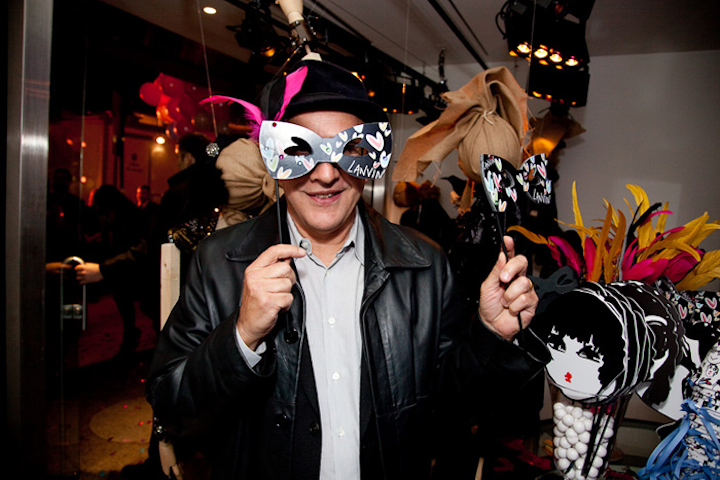 Inside the store, Lanvin provided hundreds of masks for guests, basing the shapes on Elbaz's sketches of himself and other notable Lanvin figures.
Photo: Liz Brown Photography 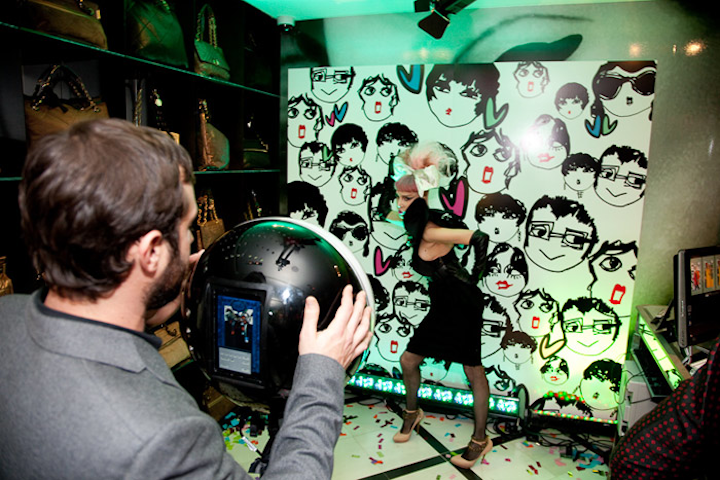 As a fun alternative to the step-and-repeat outside, Extra! Extra! created a photo booth area with Polite in Public. Guests posed in front of a backdrop with Elbaz's illustrations and received printed copies of the snaps on site.
Photo: Liz Brown Photography 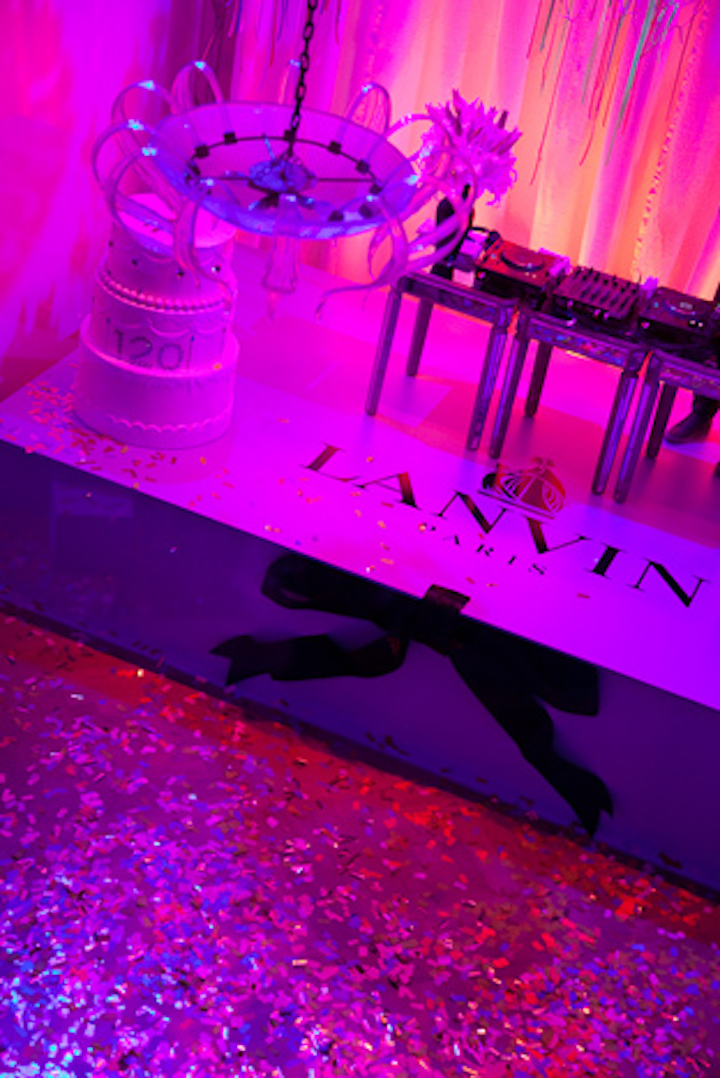 On the second floor, the producers built a stage for the DJs and the drag performers, shaping the structure after Lanvin's signature boxes.
Photo: Liz Brown Photography 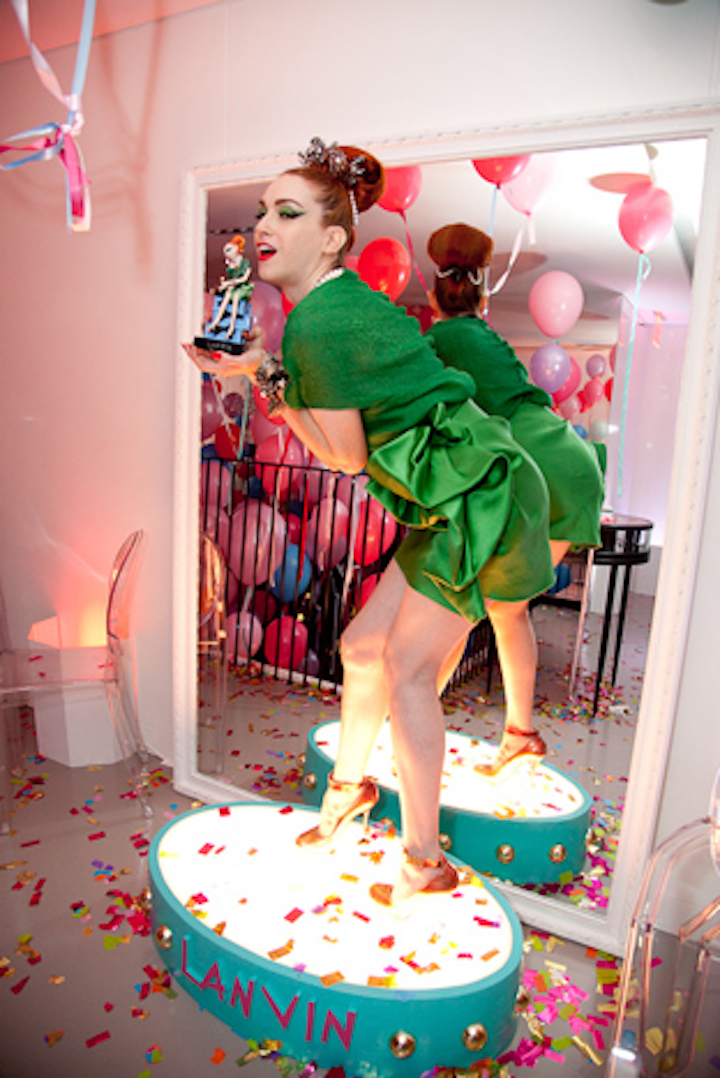 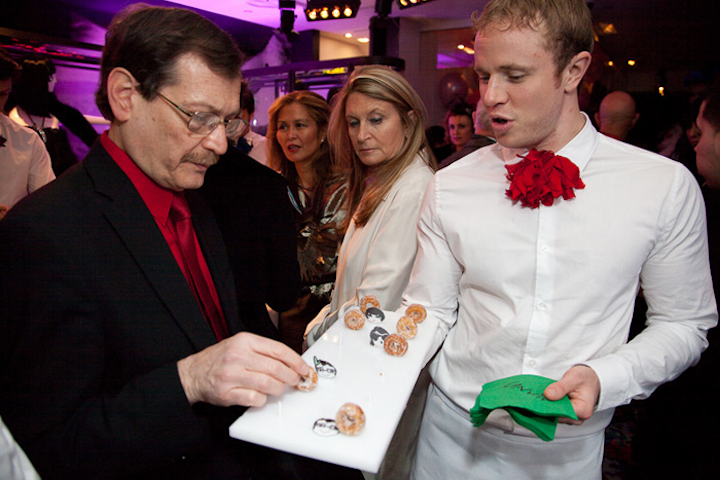 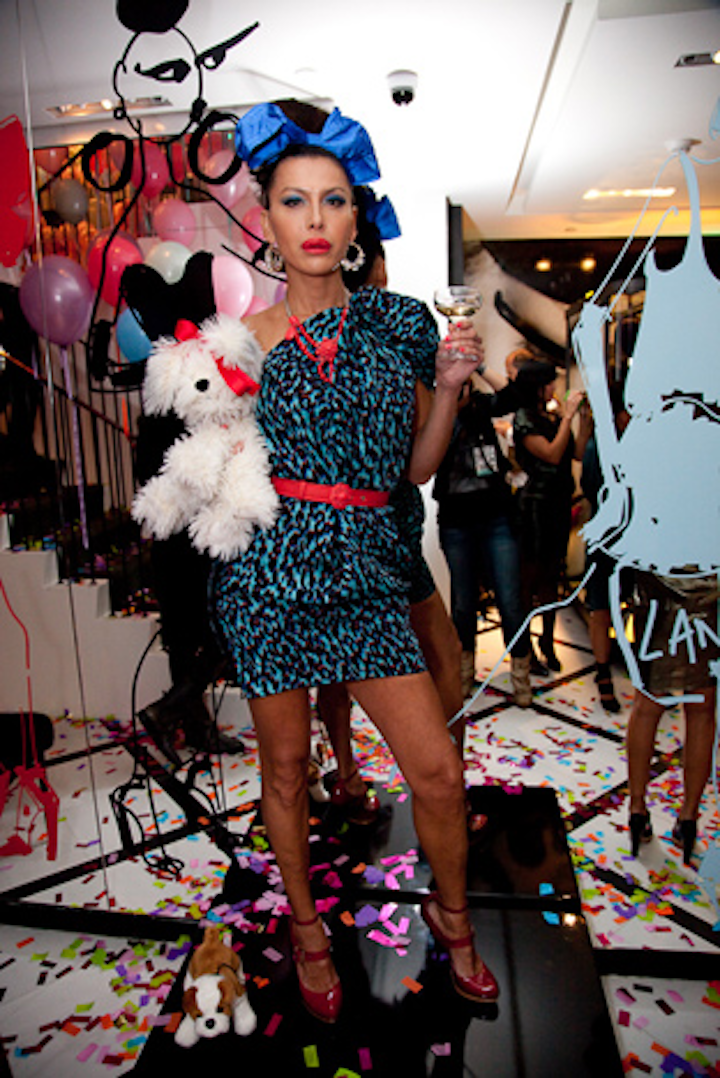 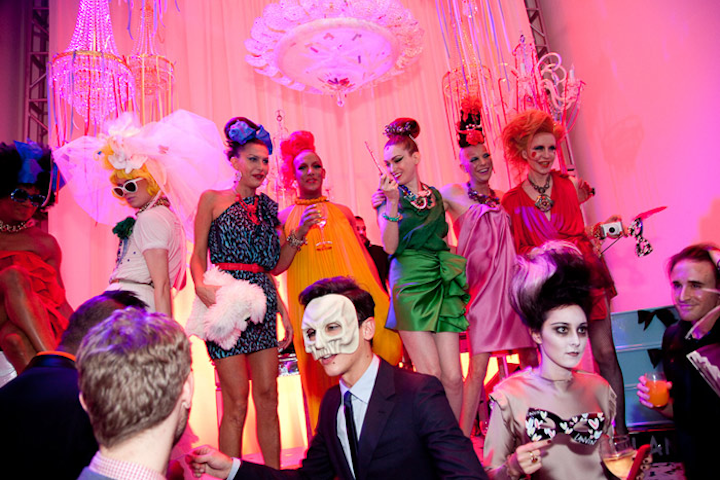 The doll-imitating drag queens were also a part of the night's entertainment, taking to the stage to dance for guests.
Photo: Liz Brown Photography 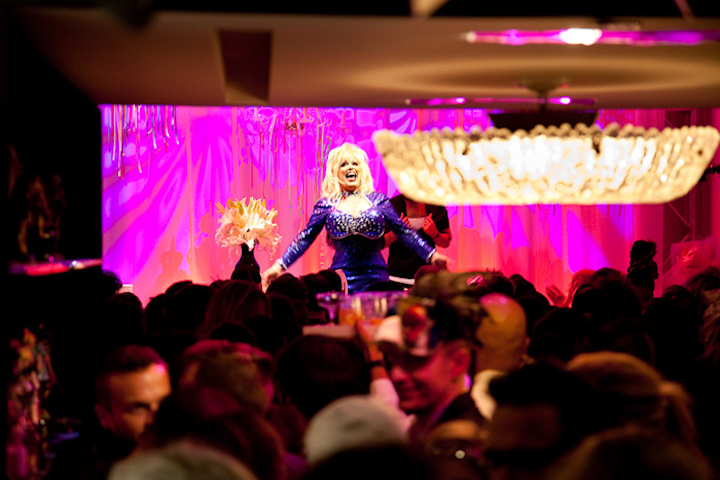