How This Food Fest Celebrated Local Cuisine and Community

The Harlem EatUp! festival created an inclusive environment that showcased the neighborhood's signature food and culture.

For the second year in a row, the Harlem EatUp! festival brought together top chefs, foodies, and families to celebrate the New York neighborhood.

Held from May 19 through May 22 in venues throughout Harlem, the four-day festival featured a range of events such as evening dinners and culinary demonstrations from chefs including festival co-founder Marcus Samuelsson as well as Alex Guarnaschelli, Daniel Boulud, Scott Conant, and Aaron Sanchez.

"So much is happening [in Harlem], and we wanted to shine a spotlight on the neighborhood to let everyone in on what's happening there, especially the people who don't live in Harlem or even in NYC for that matter," said Herb Karlitz, co-founder of the festival and president and founder of New York-based event marketing company Karlitz & Company.

In 2015, Karlitz joined forces with Samuelsson to create the uptown food fest, which turned became an instant success with strong attendance. This year, the organizers decided to add more sponsored activities like face painting and wellness options, as well as more food choices and seating to meet the demand. Karlitz said that they are already considering expanding these offerings next year. "We saw that people really want to come and hang out, enjoy the food, music, and the community."

In addition to ticketed dinners and the two-day grand tasting, the festival provided the general public a taste with an area called the Market, which was open on Saturday and Sunday at Morningside Park. The family-friendly section highlighted Harlem vendors and offered a variety of foods, wines, beer, and other beverages that were available for purchase. Plus, a kids’ zone featured hands-on activities and games.

Karlitz said that he hopes guests left feeling "that Harlem is a place they want to come back to. Not just for the great food scene, but also for the warmth and hospitality, which is truly special."

Net proceeds from the ticket sales benefit non-profit organizations that support the Harlem community, including Citymeals on Wheels, Historic Harlem Parks, and Harlem Park to Park. 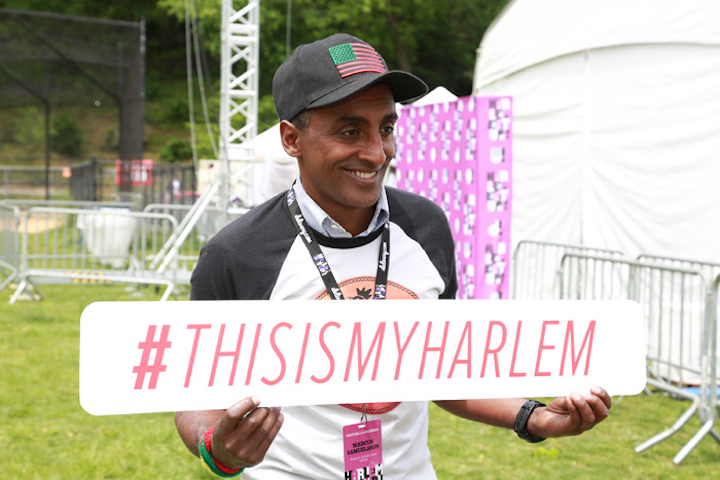 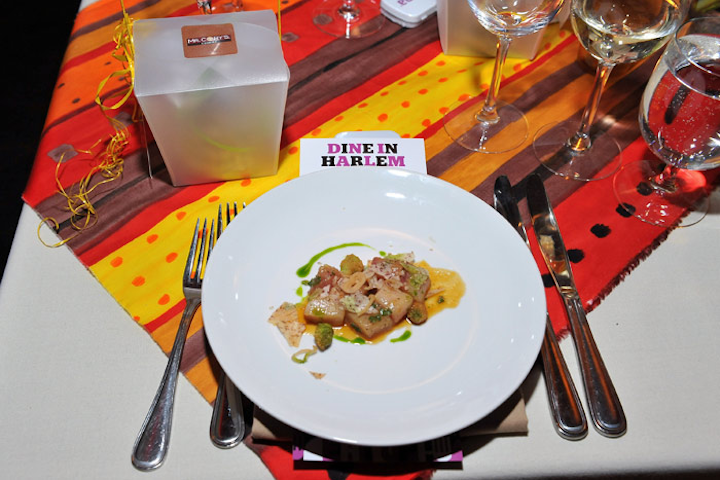 As part of the festival's dine-in series, Harlem restaurants paired acclaimed chefs from New York and across the country to collaborate on multi-course menus.
Photo: D Dipasupil/Getty Images for Harlem EatUp! 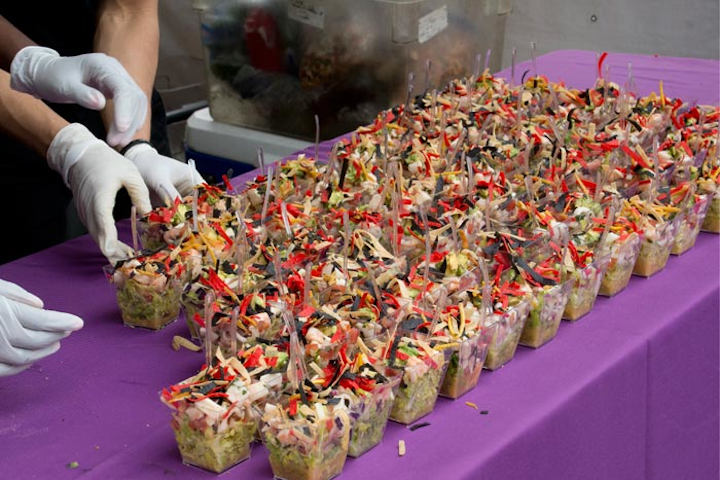 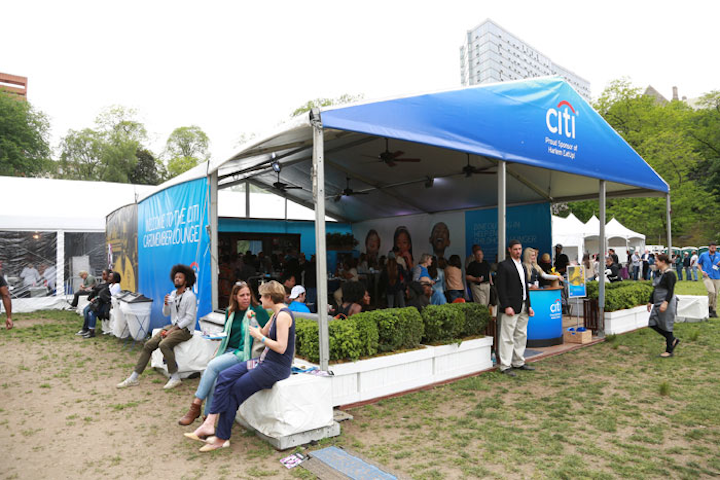 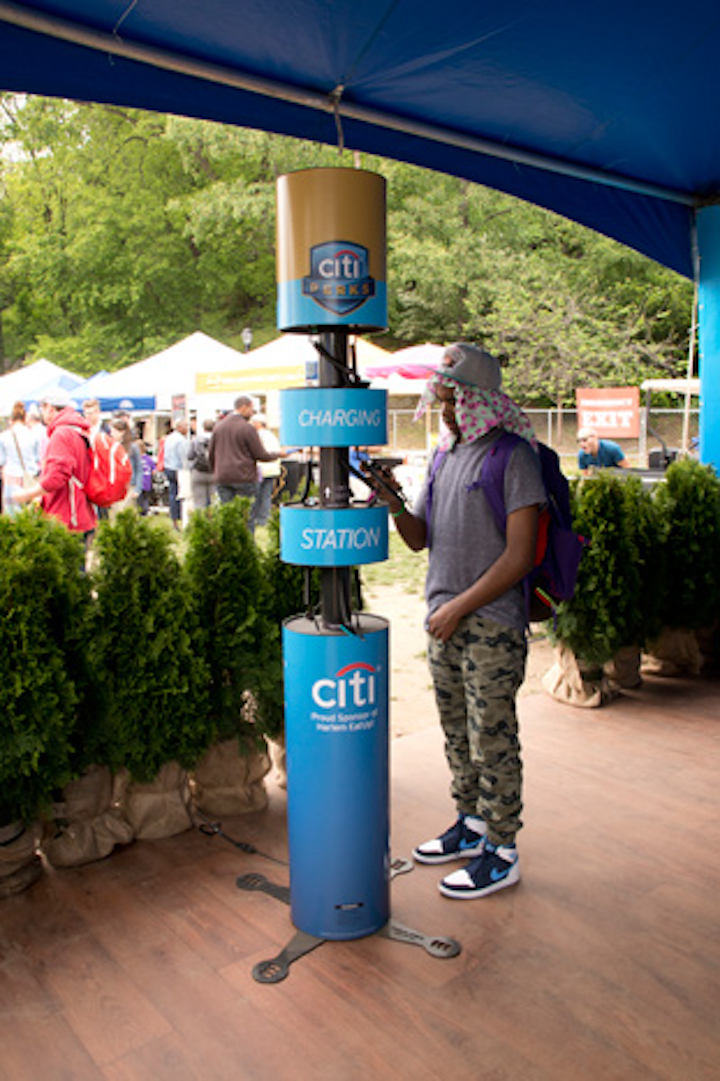 At Citi's tent, which was located in the Market area of the festival, guests were invited to create custom videos about Harlem cuisine to share on social media. The tent also featured a culinary map of Harlem, lunch tote giveaways, and a charging station, along with an outdoor lounge area with seating and branded umbrellas.
Photo: Taylor McIntyre/BizBash 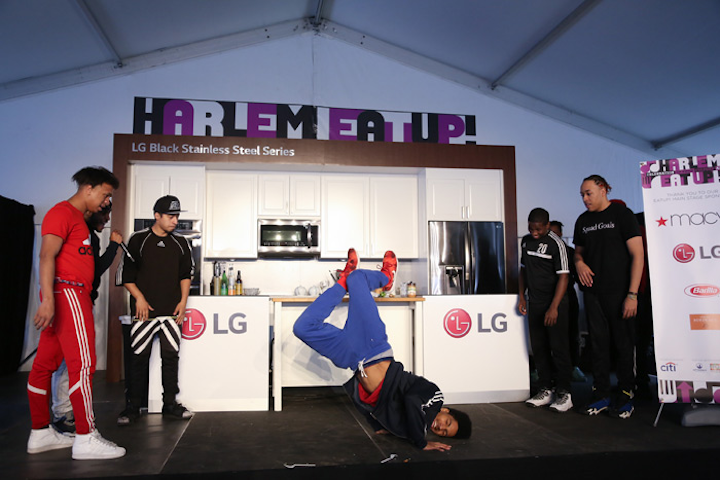 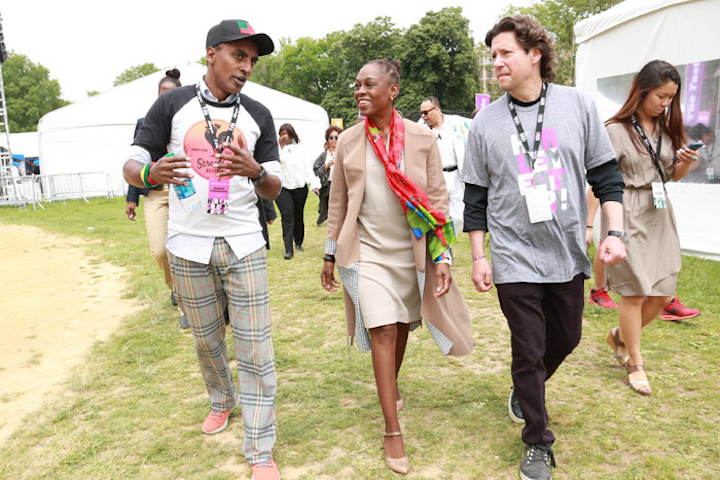 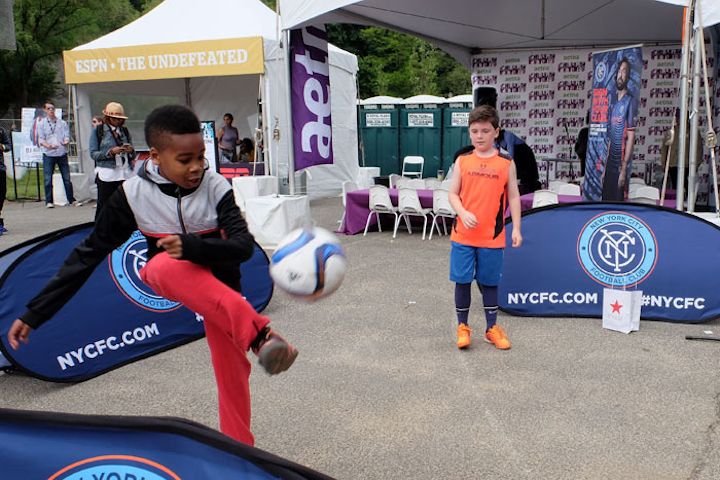 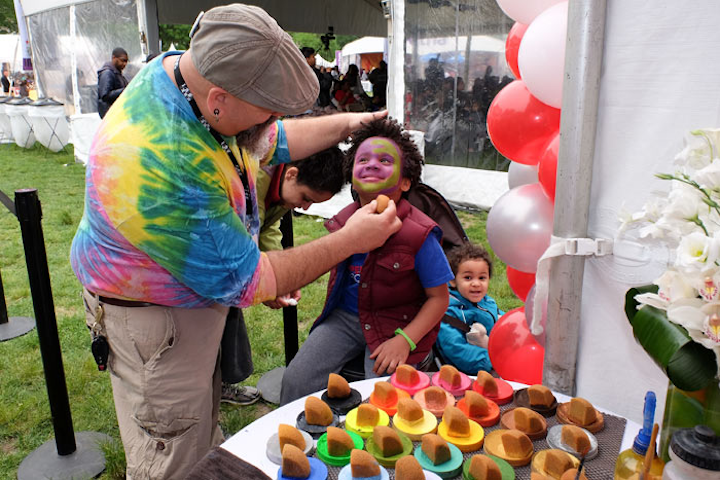 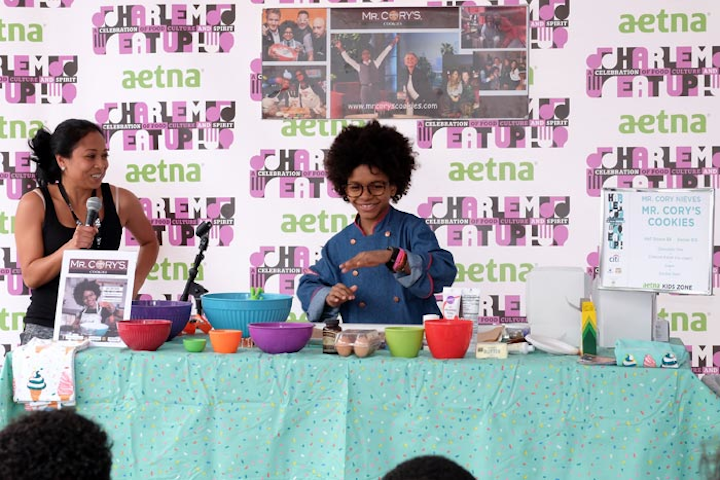 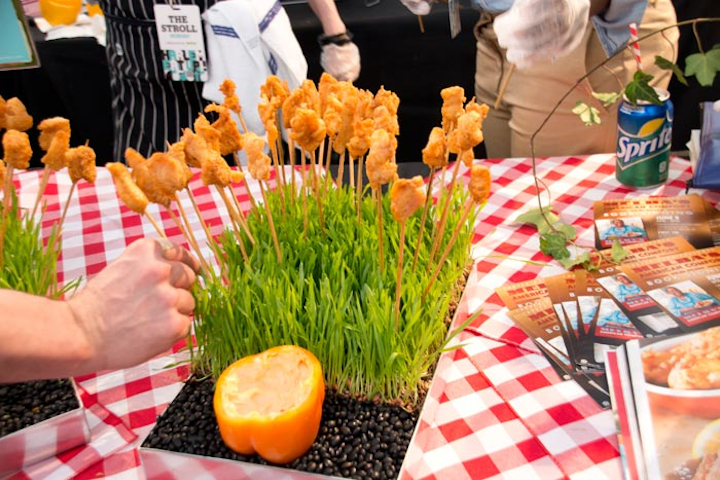 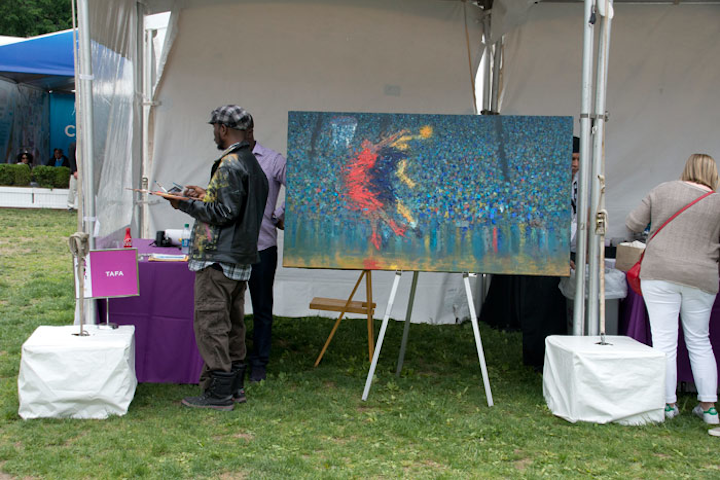 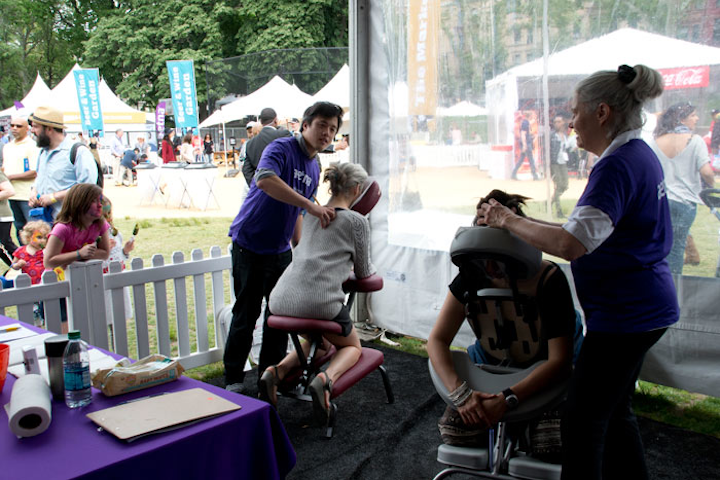 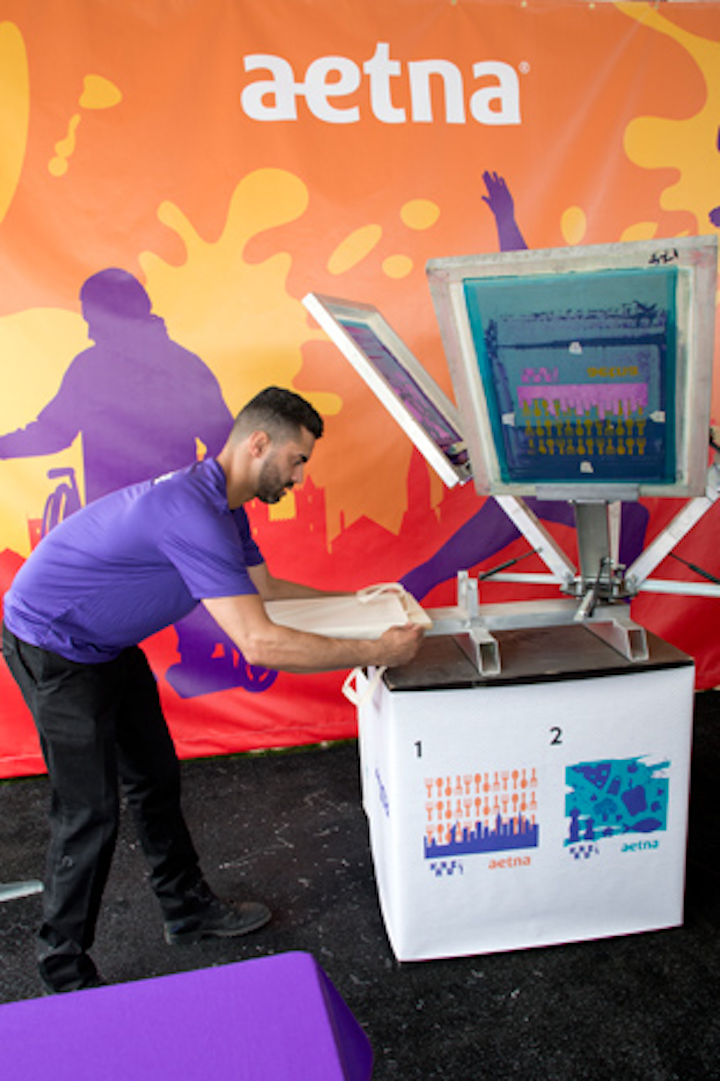