How This Event Gave Dogs Their Best Day Ever

Group Nine Media organized a dog-centered event in partnership with the Dodo and Samsung that focused on providing a fun, interactive experience for both dogs and their owners.

More than 1,400 pups and their humans convened for a morning of food, fun, and photo ops at Brookfield Place on June 9. Best Dog Day Ever, hosted by the animal-centric website the Dodo in partnership with Samsung, aimed to provide a festival for dogs and humans to enjoy together.

The outdoor event hosted a variety of activations, including a ball pit for dogs and their owners, paw- and bone-shaped pools for pups to cool off in, a grooming booth where dogs got primped for a glam shoot, and a mini obstacle course led by dog trainers from Who’s Walking Who.

The event footprint was covered in turf and fenced in. White tents, blue and orange umbrellas, and wooden benches added to the backyard-like feel of the space, and Kasey Berry DJ’d the day with upbeat music selections.

“We wanted to make sure it was a great thing for the neighborhood, and I think we accomplished that,” said event manager Sheena Ortiz-Berino of Group Nine, the digital media company whose titles include the Dodo. “A lot of residents in the area walked up and came the day of. People would stumble upon the event and participate. It was very engaging and a really great event for the community.”

This event, which took three months to organize, also partnered with Samsung, using its Galaxy S9 photo and video features to capture dogs participating in the activations.

“Obviously, the best photo subject would be puppies doing fun things like eating ice-cream sundaes in a slow-motion video or playing in a doggie pool,” Ortiz-Berino said. “It made sense to partner with Samsung because their goals aligned with the Dodo. They were the perfect partner for using tech at an event when all these amazing moments were happening.”

Brand ambassadors used the phone to capture special moments, which were then shared with attendees through a post-event email. Dog celebrities Doug the Pup, Rosenberg the Dog, and Winston the Corgi were also onsite to take photos with guests.

For humans, Tartinery provided tartines, iced coffee, and fresh juice to fulfill their appetite. Shake Shack offered a frozen vanilla custard with a peanut butter swirl treat for each dog and human. Attendees left the event with branded doggy neck scarves, hero capes, and poop bag dispensers, as well as a bone-shaped dog tag that guests could get engraved as a souvenir.

The event recalls another Group Nine event, Thrillist’s annual Best Day of Your Life, which took place June 16. Although instead of focusing on food and drink, the dog version of the event focused on creating interactive moments for dogs and their owners.

With more than 3,000 R.S.V.P.s and a waitlist, Best Dog Day Ever received the most interest out of all Group Nine Media events in the past year. Organizers hope to continue it as an annual event.

“It was extremely successful and we received amazing feedback,” Ortiz-Berino said. “We are looking to expand it to other potential markets. This event could work anywhere, since there are dog-lovers all over the country.”

The ball pit was a popular activity for both the pups and their humans. Brand ambassadors used the Samsung Galaxy S9 to capture playful moments.
Photo: Group Nine Media 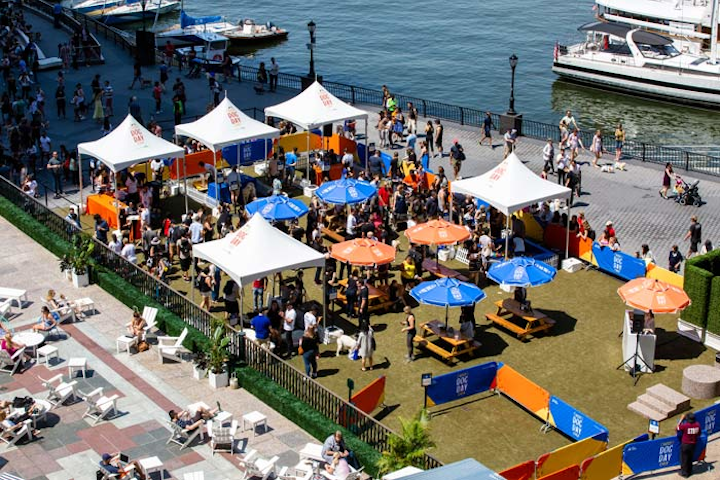 Best Dog Day Ever, hosted by the Dodo and Samsung, provided various activations for dogs and their owners to participate in. The event took place at Brookfield Place in New York June 9.
Photo: Group Nine Media 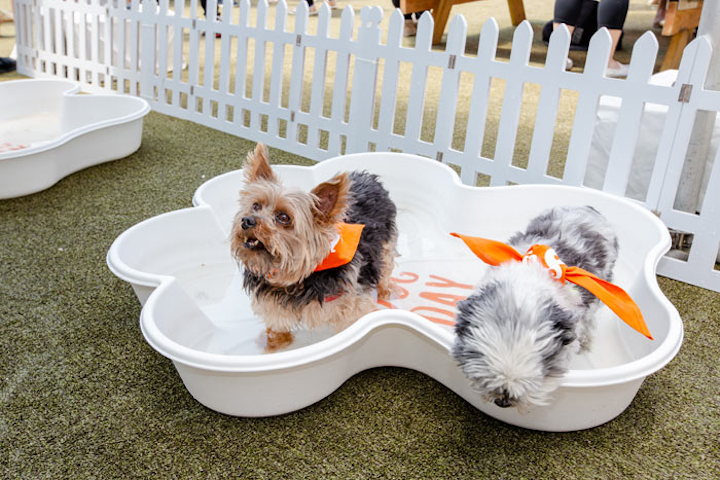 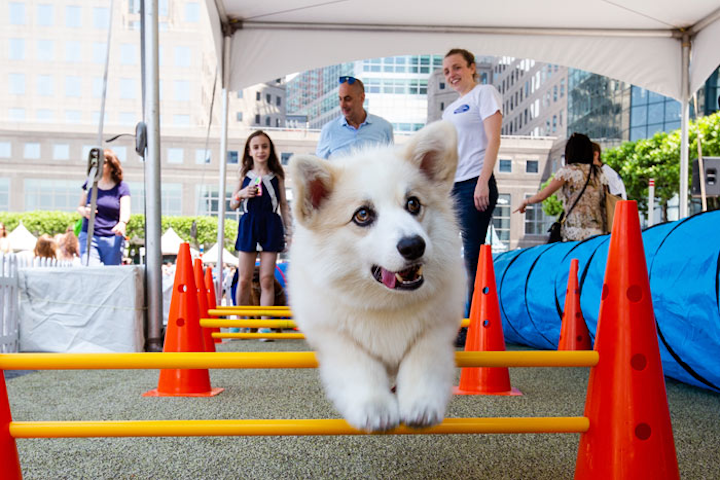 Trainers from Who’s Walking Who took the pups through a mini obstacle course and taught their owners some training tricks.
Photo: Group Nine Media 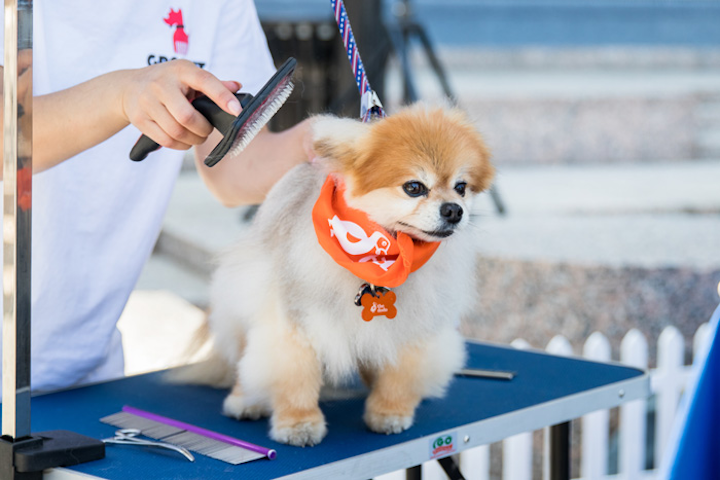 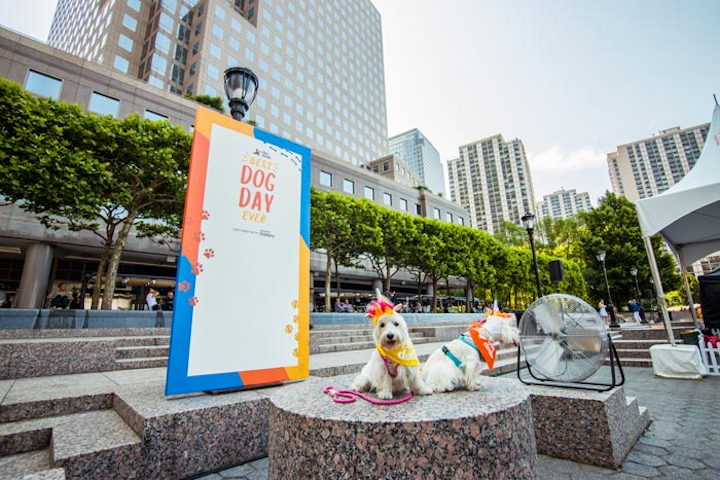 Owners could choose from a selection of props to dress up their dogs, and brand ambassadors demonstrated the portrait ad low-light feature of the S9 by taking photos of the pups.
Photo: Group Nine Media 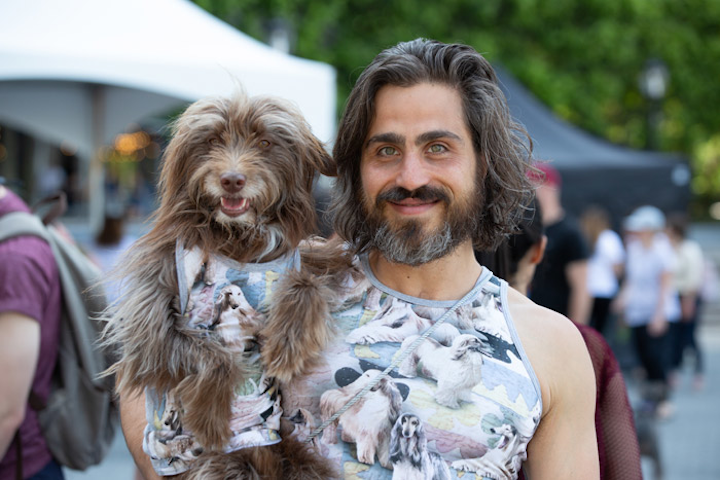 The Instagram-famous Rosenberg the Dog attended the event with his owner, Topher Brophy. Other dog celebrities who were onsite to take photos with guests included Doug the Pug and Winston the Corgi.
Photo: Group Nine Media 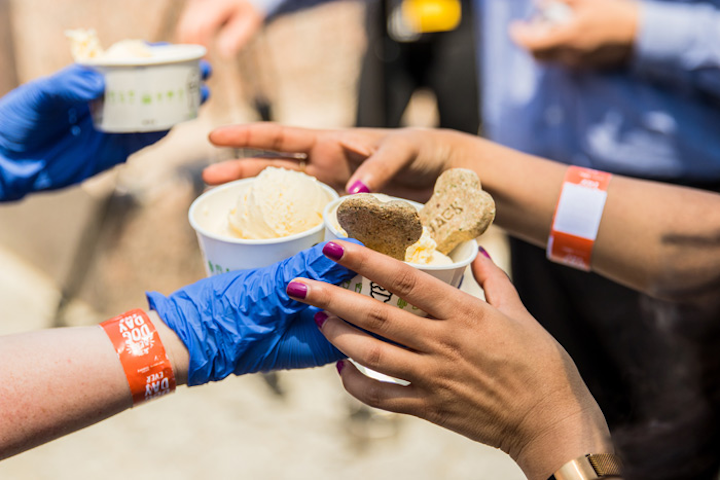 Each dog and human was offered a frozen vanilla custard with a peanut butter swirl treat by Shake Shack dubbed a Pooch-ini. Tartinery also provided an assortment of tartines as well as iced coffee and fresh juices.
Photo: Group Nine Media 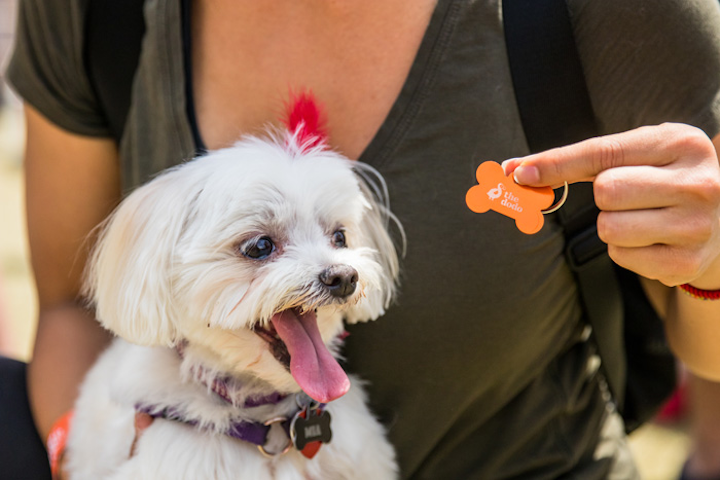 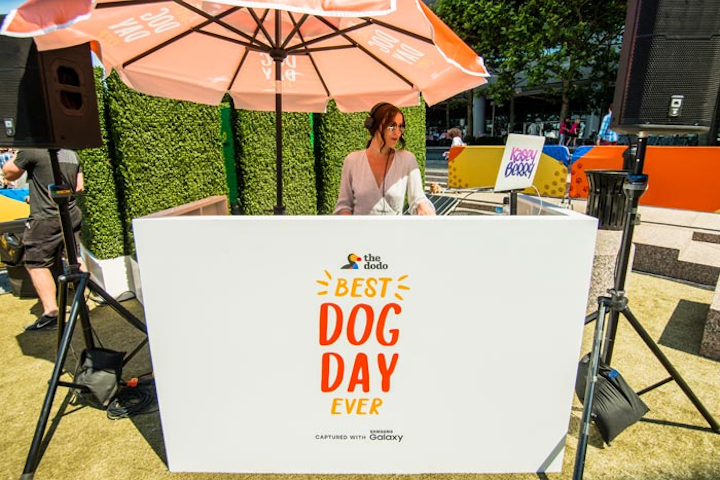 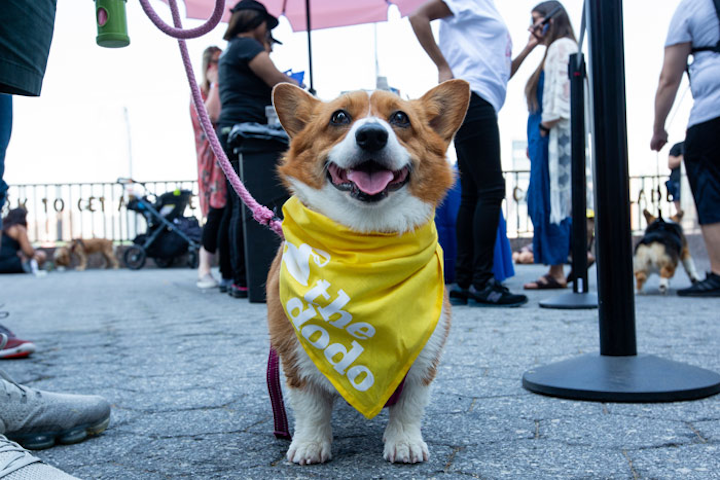