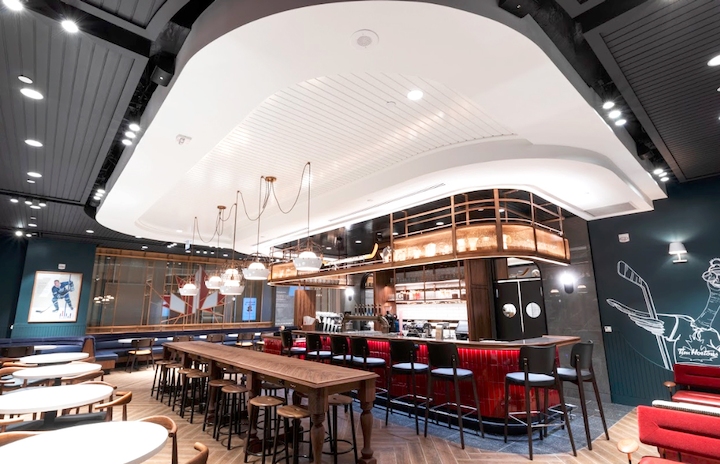 Moves and Milestones
One of Toronto’s largest and most celebrated downtown sport bars announced its retirement last week. Wayne Gretzky’s Toronto and Oasis Rooftop Lounge will close its doors in 2020, after more than 25 years. While no date for a formal farewell party has been set, the venue is inviting patrons to share memories of the hockey house through a series of contests and promotions that will run throughout the summer.

Strategy Daily: Cara Keating was named the next president of PepsiCo Foods Canada­, a division dedicated to the company’s snack brands, including Quaker, Doritos, Cheetos, and Lays. Keating comes into the role after more than 15 years with the company, most recently serving as vice president of customer development.

In Case You Missed It
The Cannabis Consumer & Business Expo Toronto 2019, marketed as one of North America’s fastest growing cannabis exhibits, will take place November 22-24. The conference is expected to feature more than 200 cannabis-related retailers and organizations, and draw more than 20,000 attendees to Exhibition Place’s Queen Elizabeth Building. Industry-leading companies and keynote speakers will be delivering B-to-B and B-to-C seminars, workshops, and sponsored events that delve into modern-day cannabis market barriers and opportunities for future growth.

News
BlogTo: A meticulously planned party may still fail to be memorable, if the playlist doesn’t match the crowd. While a lot of DJs are experts at strategically gauging and adjusting to a crowd’s energy in real-time, a group of Torontonian entrepreneurs have developed a solution to simplify music preference analyses. The PSLY app allows events to broadcast the up-next song selections, allowing audience members using the app to vote on what they want to hear next. Love Child Social House, a daytime co-working space and nighttime event venue, hosted the service launch party last month. Figures, an upscale, comic book-theme dinner lounge in Yorkville, is now featuring PSLY on Friday nights.

The Globe and Mail Centre hosted the second annual Waterfront Awards on July 19. Featuring live entertainment and red-carpet ambiance, the gala honors women from across the G.T.A. who are nominated for their career and community work achievements. This year, more than 150 women were nominated across the 14 award categories, which include entrepreneurship and business, urban planning and design, and philanthropy. The event is produced by Toronto Waterfront Magazine to support the Canadian Centre for Abuse Awareness, which supports more than 130 organizations that provide services for recovering trauma victims nationwide.

Overheard
“Being in the Shops at Don Mills, means that the Good Son is capitalizing on a unique set of foot traffic as well. Being close to shopping and entertainment means that consumers head to Don Mills for a day—they’re browsing, grabbing a coffee, seeing a movie, then capping off the day with dinner at the Good Son. Again, chef Colacitti put it succinctly—they’re creating a destination.”

On the Scene
The Big on Bloor street festival kicked off in Bloordale on July 20. The arts and culture festival showcases multidisciplinary art projects in Bloordale, including a festive, painted Smart Car. Satellite installations will be on display throughout the neighborhood through July 27.

What’s Next?
SilentHike, a live meditation music experiential event produced by MindTravel, will take place at Inukshuk Park on August 4. The concept was designed by MindTravel founder Murray Hidary, a musician and composer who created the program to help participants practice mindfulness by connecting with nature and themselves. Attendees will gather at the park, located at the shoreline behind Exhibition Place, and wear wireless headphones that provide instructions and music throughout the hike, which will conclude with a piano concert. Toronto is one of more than 20 North American cities to take part in the 2019 SilentHike Tour, which is also scheduled to take place in Niagara Falls, New York, Chicago, San Francisco, and Los Angeles.

In advance of Fan Expo next month, Storm Crow Manor will host a “Halloween in July” party on Thursday. The mansion and first-level patio will undergo a spooky transformation, serving up the venue’s signature fandom and fantasy-theme cocktails. Two token- and ticket-based guest packages, which provide different snack, drink, gift bag, and prize-entry bundles, are available for purchase.