Santé organizers marked the festival\'s 10th anniversary by hosting two themed evenings to showcase the wines of Australia and California.

Susan O'NeillErin Letson
There are several factors to consider when choosing how to approach the decor for a wine tasting. Scented florals are out (they might interfere with the tastings) and white tables are preferred (in an effort to best show off the wines). So when it came to selecting the decor for Santé Down Under, an indoor-outdoor barbecue and tasting held to showcase the wines of Australia at the University of Toronto's Hart House on Friday, and California Cruisin', a wine tasting held at the Royal Ontario Museum on Thursday, organizers relied on large backdrops and video projections to set the scene.

Krista Slack + Associates worked with members of the Santé Toronto International Wine Festival committee to produce both events. "Really, the decor is very focused and very minimalist.... When you are doing tastings, a few things have to be taken into consideration," Slack said in an interview prior to Friday's reception. "I think thematically in terms of the space, we're utilizing some of the assets Wines of Australia have given us," she said, noting that the organization provided several printed backdrops featuring images of Australian scenery, including koala bears, the Sydney Opera House, and the outback.Chef Anthony Sedlak, host of the Food Network's The Main, prepared Australian lamb chops on a barbecue on the lawn, where guests sat at small café tables. Two sculptural white spandex pieces, positioned in front of a large poster of the Sydney Opera House, sat at the end of the path leading into a tent where servers offered pad thai and barramundi. A selection of fresh vegetables, breads, and spreads topped the long harvest table inside the great hall, where the majority of the 18 wineries offered samples to the 500 guests in attendance.

"We have tried to create events that are very much in the flavour and style of the regions being highlighted," Slack said. "In this case, it's a much more casual night." The carillon player at Hart House played "Waltzing Matilda" for the first half hour as people arrived, and a didgeridoo player entertained guests inside the venue. "It's important that the [Santé] events have a different feel even though the fundamentals are the same," said Slack, who worked on six festival events. "What needs to change is the mood and ambience."

For California Cruisin', Slack turned to VJ/DJ Christian Skjodt (who lives in Chicago) to put together a video for the three large screens in the Crystal and Currelly galleries on the main floor of the museum. The videos played footage of California landscapes, including climbers in trees, along with sponsor names.

White lacquered bars from Furnishings by Corey housed the 27 wine stations and three food stations, where chefs Ben Heaton of Globe Bistro, Gordon Mackie of Far Niente, and Michael Steh of Reds provided tastings for the 600 guests in attendance. "We chose three young chefs who really understand the California culinary style," Slack said. Daniel et Daniel also provided a snack table, and the Dairy Farmers of Canada provided a cheese station, which had the longest lineups of the evening. California Wines, which also helped with details of the event, selected local performers from Aerial Angels to break into random rhythmic dance performances and pose with guests for photos. 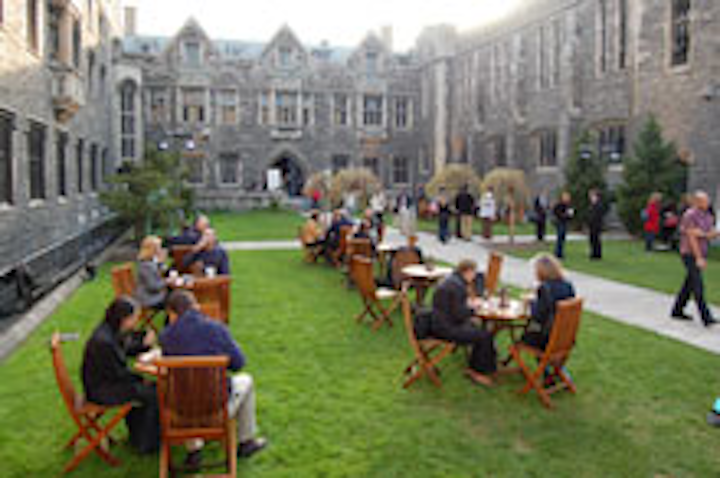 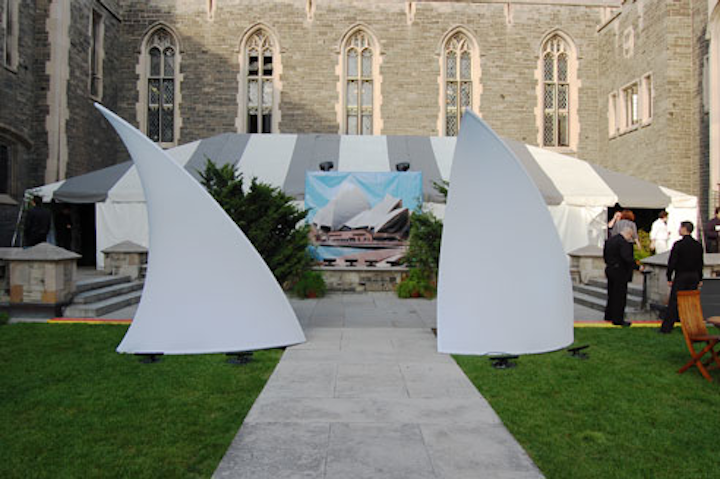 A backdrop featuring the Sydney Opera House and two sculptural spandex pieces, courtesy of Eventscape, sat at the end of a path leading through the courtyard at Hart House.
Photo: BizBash 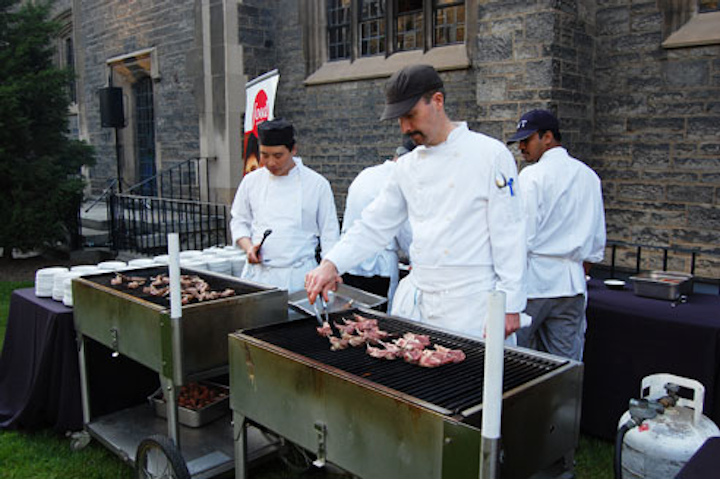 Chefs prepared a dish of barbecue lamb chops created by Anthony Sedlak, host of the Food Network program The Main, at Santé Down Under.
Photo: BizBash 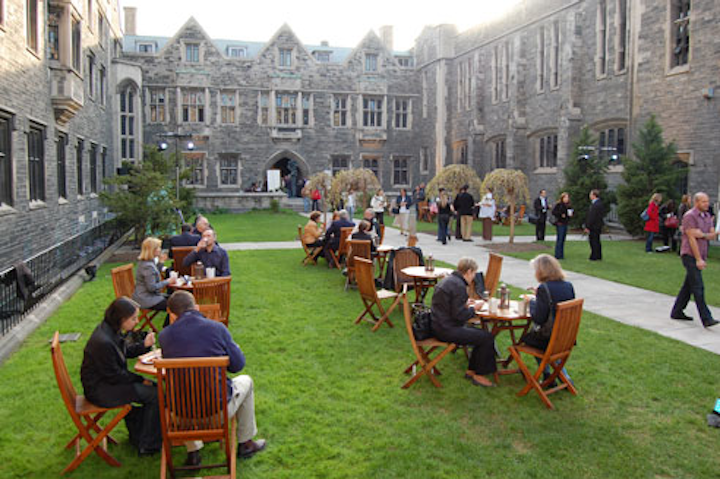 Guests sipped wine at café tables set up in the courtyard at Hart House.
Photo: BizBash 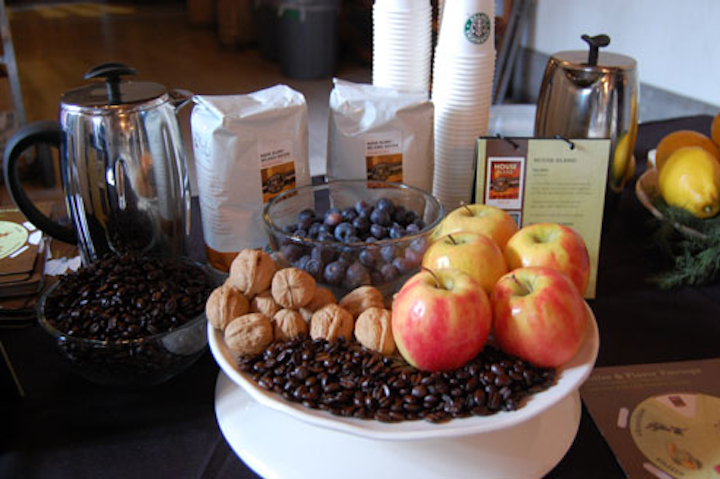 Starbucks Coffee provided an espresso bar at the Santé Down Under tasting event.
Photo: BizBash 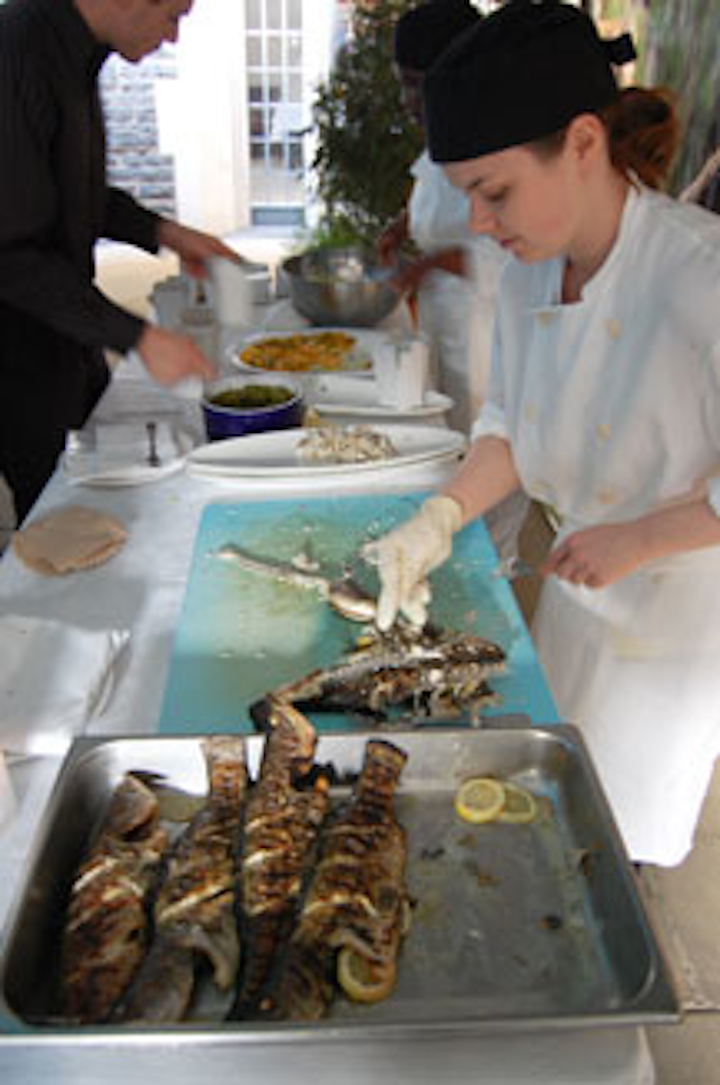 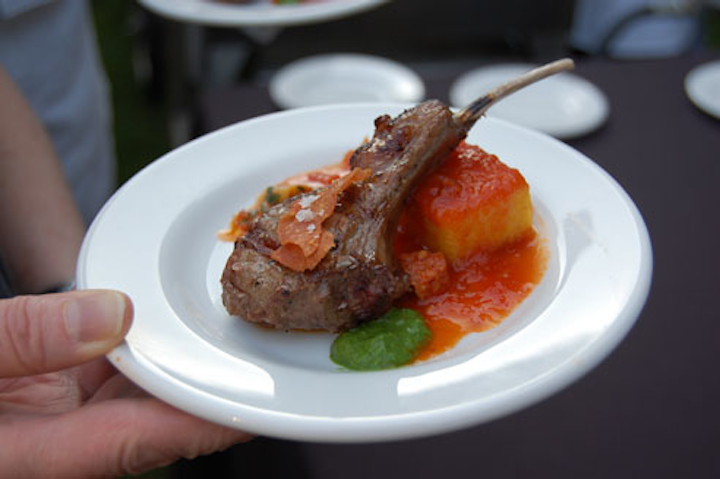 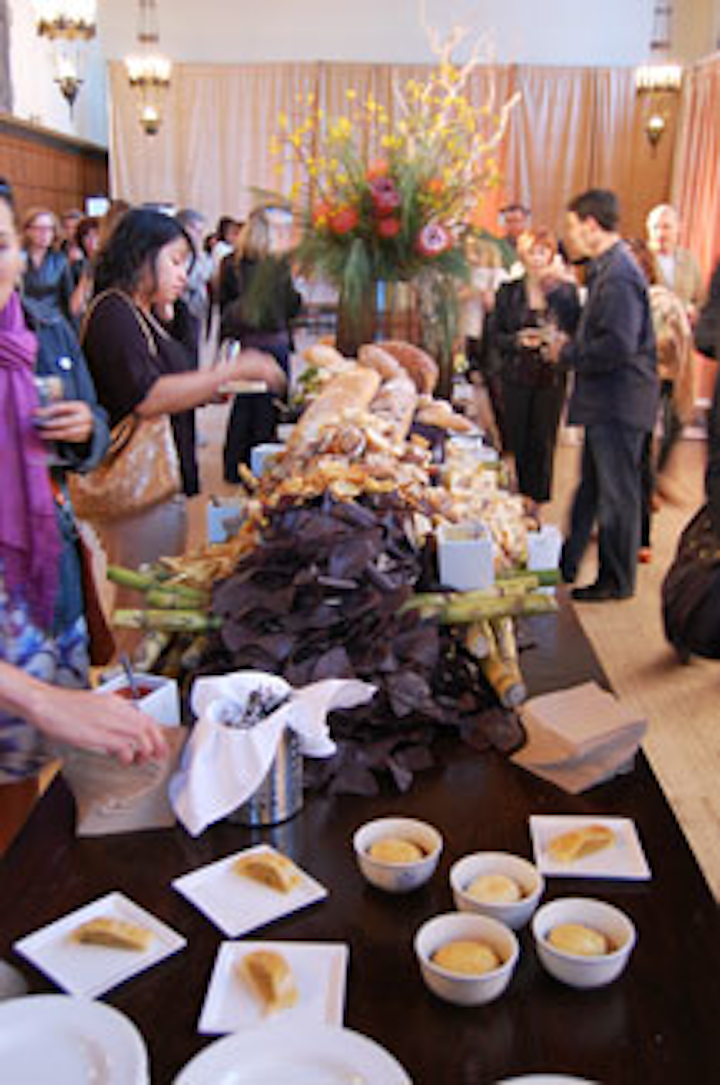 A selection of breads and vegetables topped a long harvest table inside the great hall.
Photo: BizBash 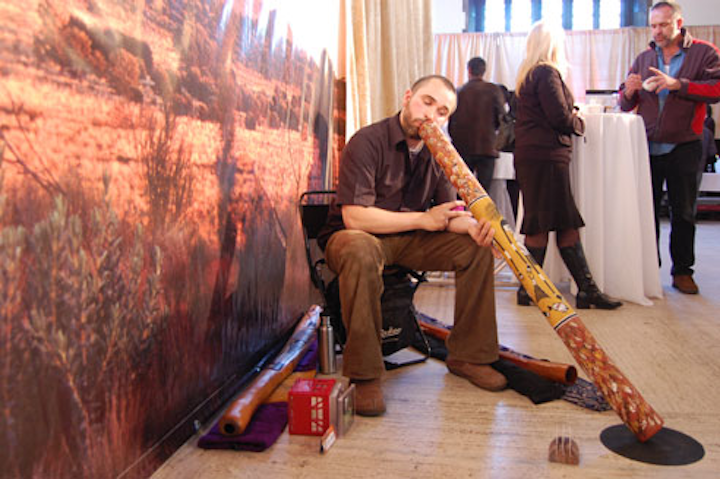 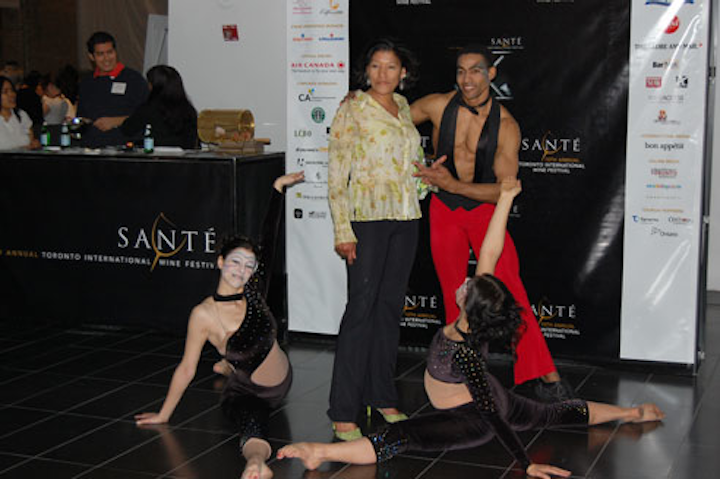 Dancers from Aerial Angels posed with guests during the California Cruisin' event at the Royal Ontario Museum.
Photo: BizBash 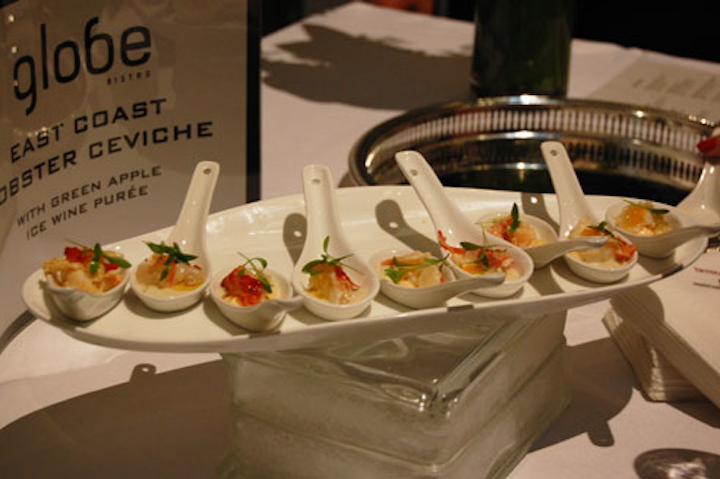