For the Canadian launch of Graffigna's Centenario Reserve wines, the Argentinean winery—represented in Canada by Corby Distilleries Limited—commissioned a 1,500-square-foot mural by Jaz, an internationally renowned street artist from Buenos Aires (real name: Franco Fasoli). On Monday, Corby unveiled the mural, in Toronto's "Graffiti Alley," during a reception and wine tasting at the Richmond, a short distance from the alleyway.

"Argentina is a very up-and-coming, hot wine-producing region, and we wanted to do something a little bit different for the launch," said Emma Herlihy, director of wines for Corby. "Street artists are a very dynamic part of the culture in Argentina. It's unusual, but it's a great fit."

Jaz arrived in Toronto on Friday to begin work on the massive mural, a collaboration with three local graffiti artists whose work was already on the rear wall of the building at the corner of Richmond Street West and Augusta Avenue. "Graffigna invited me to do an exposition inspired by the landscape of Argentinean wines," he said. "The first challenge for me was trying to show Argentinean wine culture in my language."

Event organizers displayed several original works by Jaz throughout the venue and took guests across the street to view the mural. Daniel et Daniel created a menu for the launch event inspired by a series of recipes from Mauro Colagreco, an Argentinean Michelin star chef who often works with the winery on food pairings. Hors d'oeuvres included items like birch-syrup-glazed pork, beef carpaccio, and country chicken served in a tortilla cup with fresh grapes and pistachios. 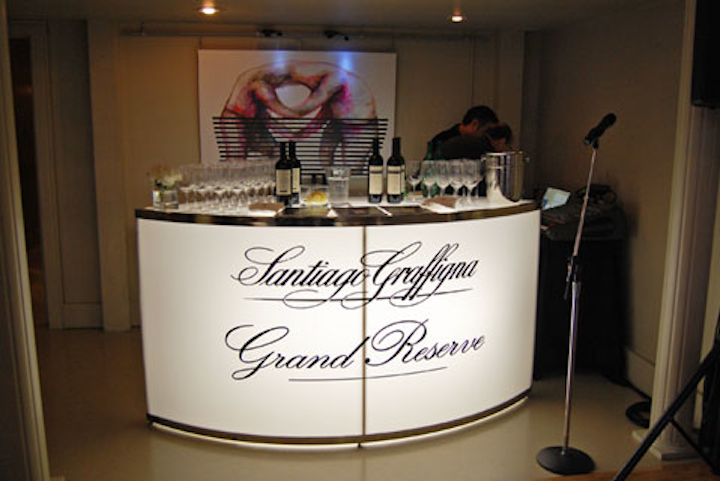 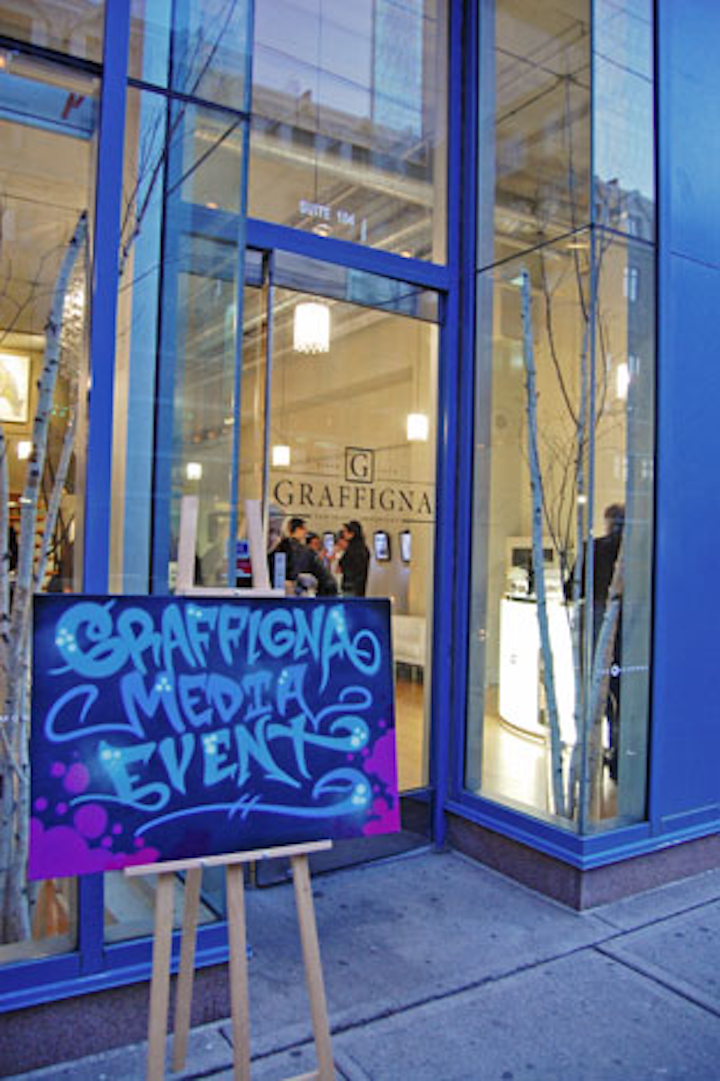 Corby Distilleries Limited called on LexPR to plan a media event for the Canadian launch of Graffigna wines, which included a wine tasting at the Richmond and the unveiling of a mural by Argentinean street artist Franco Fasoli, known as Jaz.
Photo: BizBash 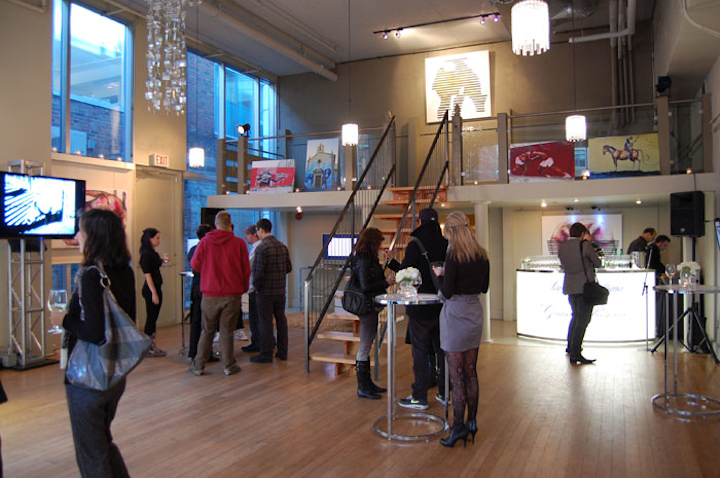 Original works of art created by Jaz, whose murals can be seen throughout Buenos Aires, filled the venue.
Photo: BizBash 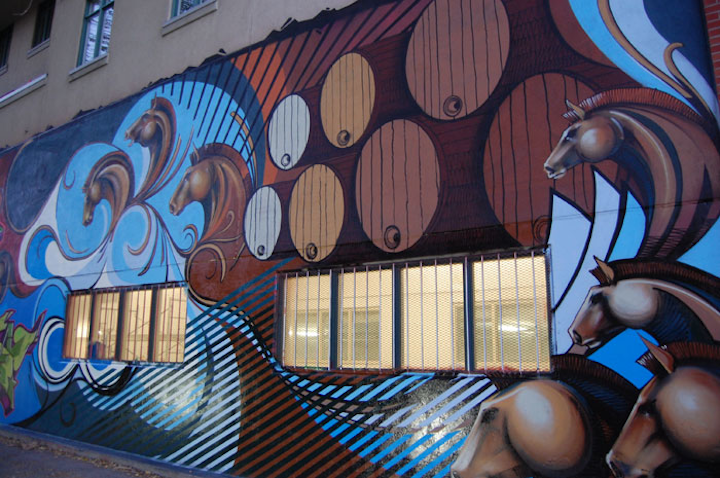 Jaz arrived in Toronto on Friday to paint a massive mural inspired by Argentinean culture on a wall in "Graffiti Alley," near Augusta Avenue and Richmond Street West.
Photo: BizBash 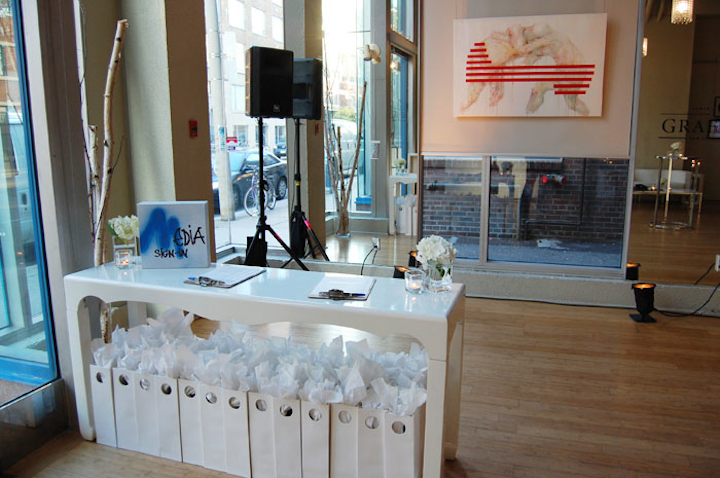 A graffiti-inspired sign topped the media desk at the entrance to the venue.
Photo: BizBash 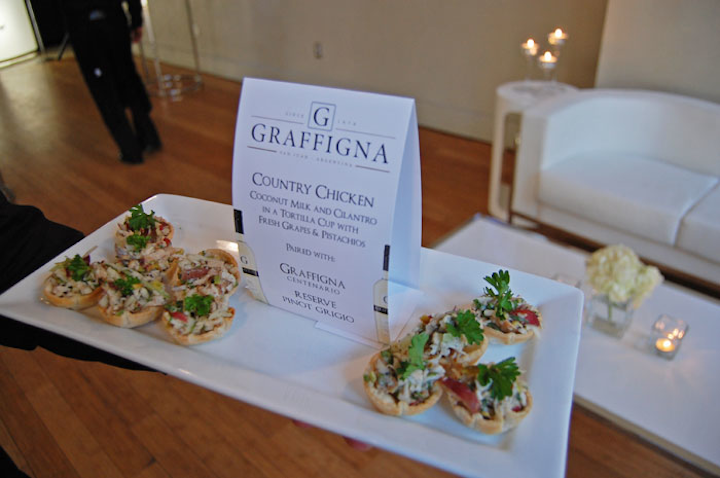 Daniel et Daniel created a menu inspired by a collection of recipes from Mauro Colagreco, a Michelin star chef from Argentina who regularly collaborates with the Graffigna winery on food pairings.
Photo: BizBash 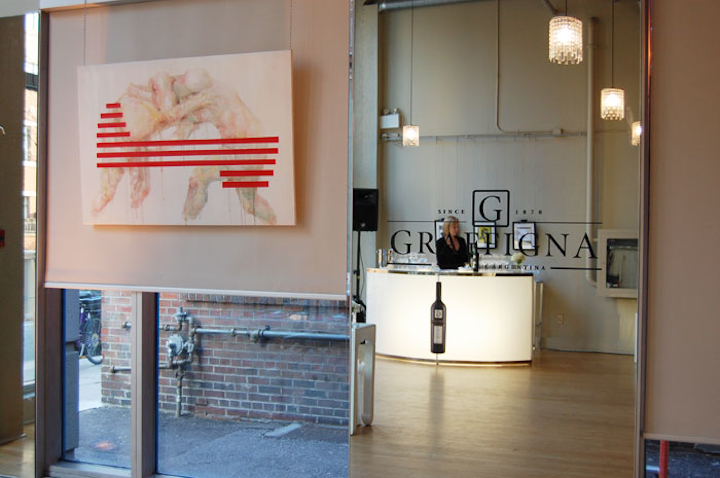 Graffigna branding decorated the glass door at the entrance to the venue and mirrors throughout the space.
Photo: BizBash 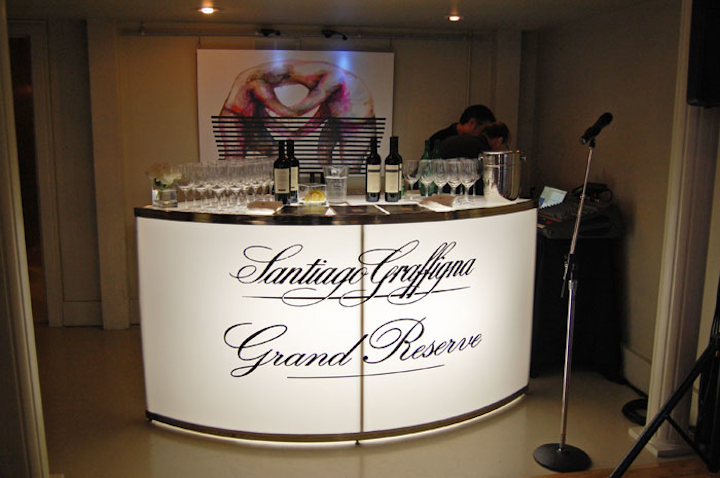