For the inaugural Chef's Challenge for a Cure, a gala hosted by chef Gordon Ramsay at the Carlu on Saturday, the Mount Sinai Hospital Auxiliary called on Solutions With Impact to create a unique fund-raising event. Rather than selling tickets to would-be guests, S.W.I. designed a program in which attendees had to raise a minimum of $2,500 to be among the crowd. And, as an added incentive, the top 50 fund-raisers had the chance to battle it out in Ramsay's kitchen.

"The Carlu will be transformed into a first-class cooking arena as teams led by celebrity chefs battle to become reigning champions of the inaugural Chef’s Challenge," Chad Brincheski of S.W.I. said of the event, a benefit in support of breast and ovarian cancer research at Mount Sinai Hospital. The concept paid off, with Saturday's event raising more than $1.1 million for the hospital.

S.W.I. created five mini kitchens on the stage of the Carlu and topped dining tables with kitchen-themed centrepieces, arranged in colanders and accented with utensils like whisks and vegetables like red and yellow peppers. Daniel et Daniel Event Creation & Catering prepared a five-course meal, designed by Ramsay, for attendees.

For the top 50 fund-raisers, the event began with a boot camp, held earlier in the day, where Ramsay put participants through a series of tasks designed to test their culinary skills. Local chefs David Rocco, Jamie Kennedy, Lynn Crawford, Mark McEwan, and Massimo Capra then drew names for each of their teams.

Once onstage, the celebrity chefs served as coaches. With an audience of 500 guests looking on, the teams had to prepare three courses in three separate timed challenges—including braised Pacific halibut, fillet of Ontario Angus beef, and honey crème brûlée—all while contending with Ramsay's comments and ridicule.

A panel of four celebrity judges, including Leslie Roberts of Global Toronto, Toronto Star food editor Jennifer Bain, Roz Weston of ET Canada, and Paula DaSilva, executive chef of Miami restaurant 1500˚, graded each of the courses, with Crawford's team taking the top prize at the end of the night. 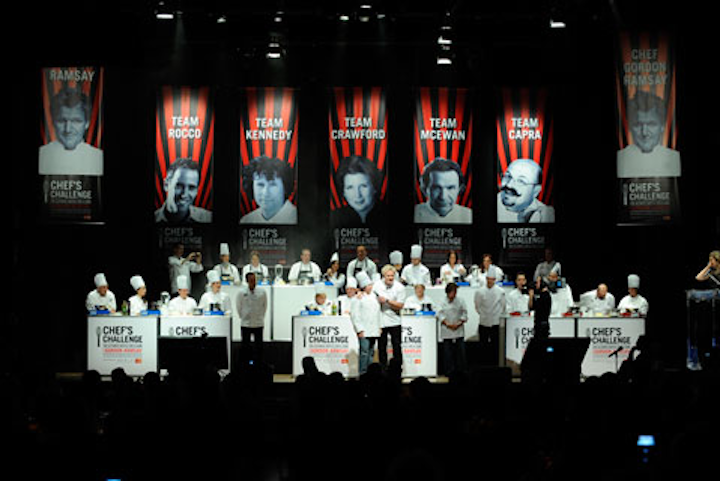 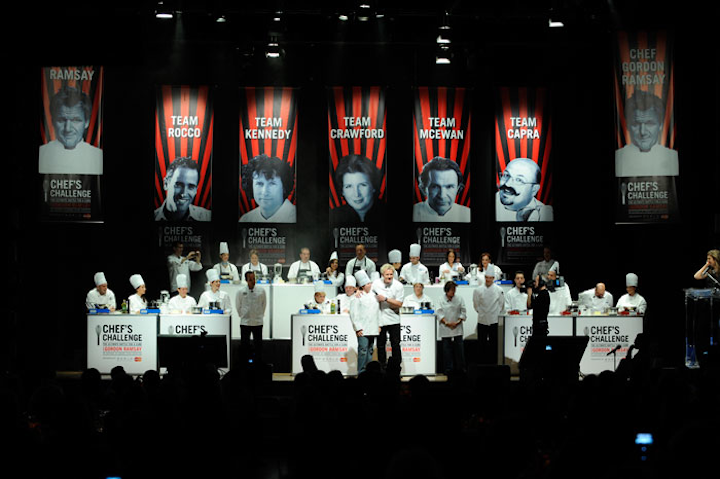 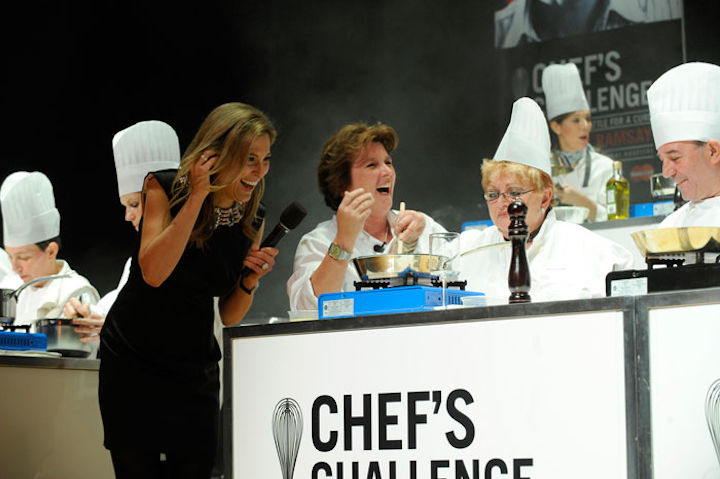 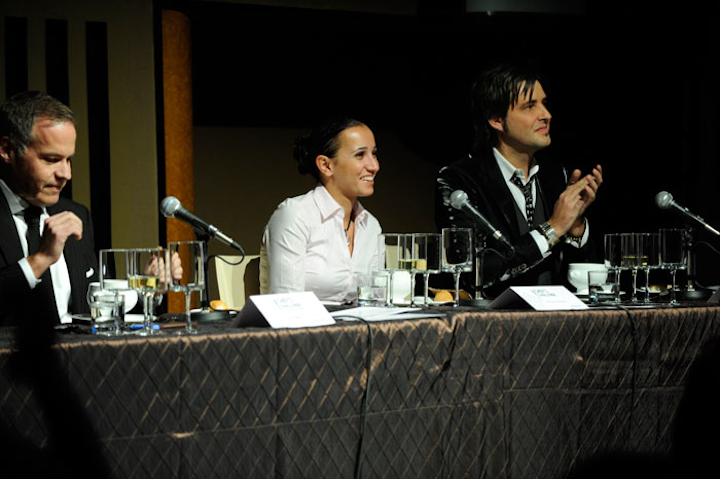 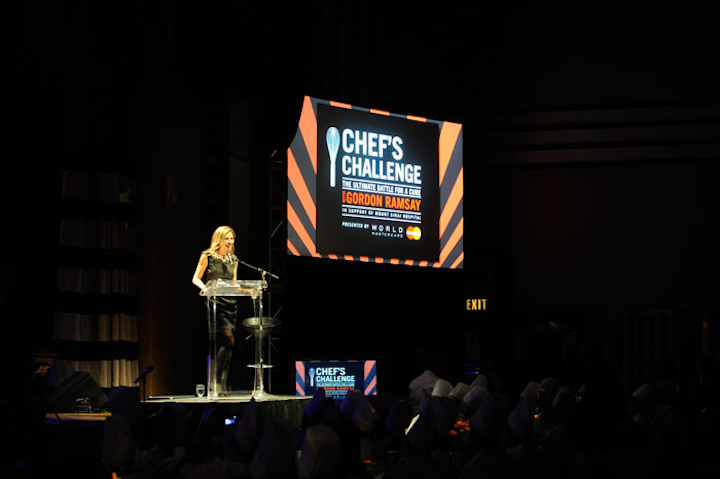 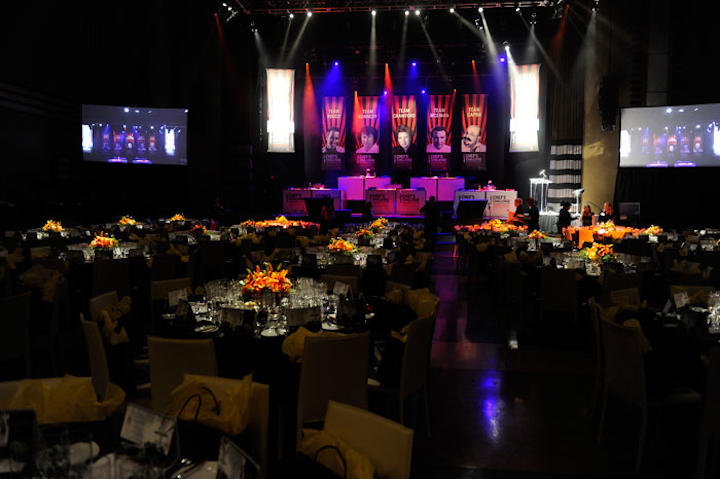 Solutions With Impact designed the event concept and decor for the inaugural Chef's Challenge for a Cure, which raised more than $1.1 million for the Mount Sinai Hospital Auxiliary.
Photo: Gary Beechey for BizBash 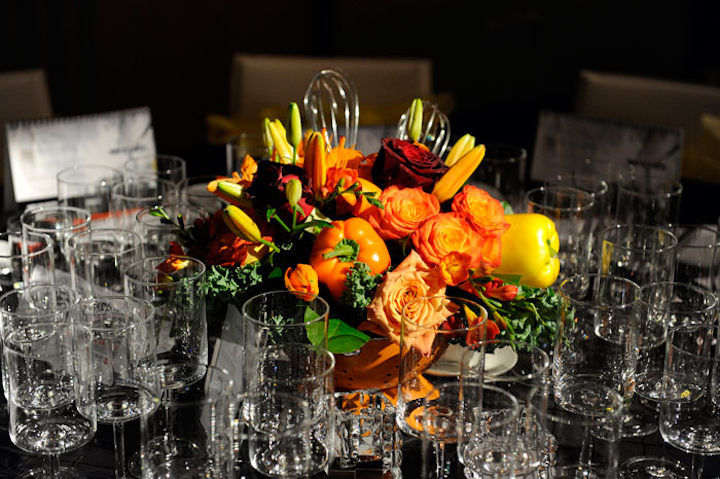 Kitchen utensils and red and yellow peppers accented the table centrepieces, designed by Eric Aragon of Solutions With Impact and created by San Remo Florist.
Photo: Gary Beechey for BizBash 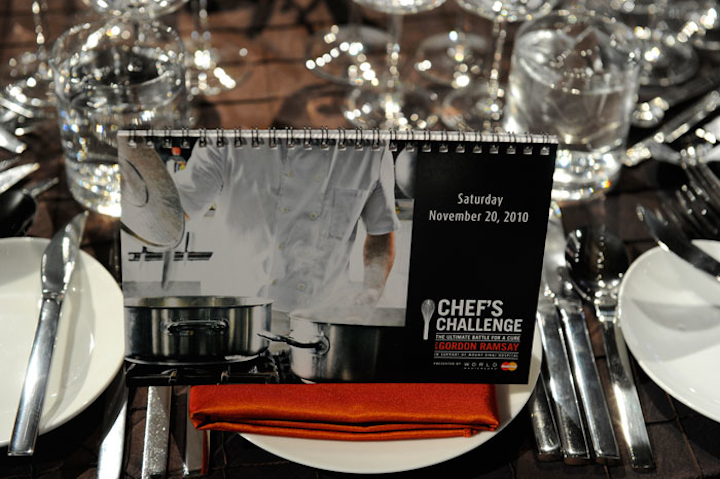 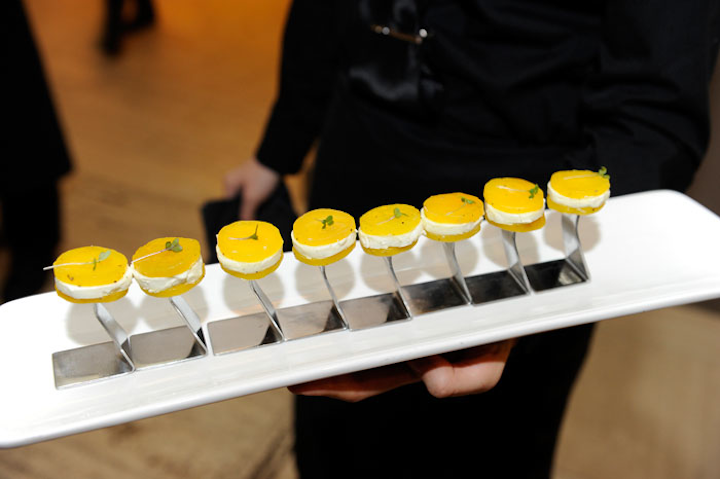 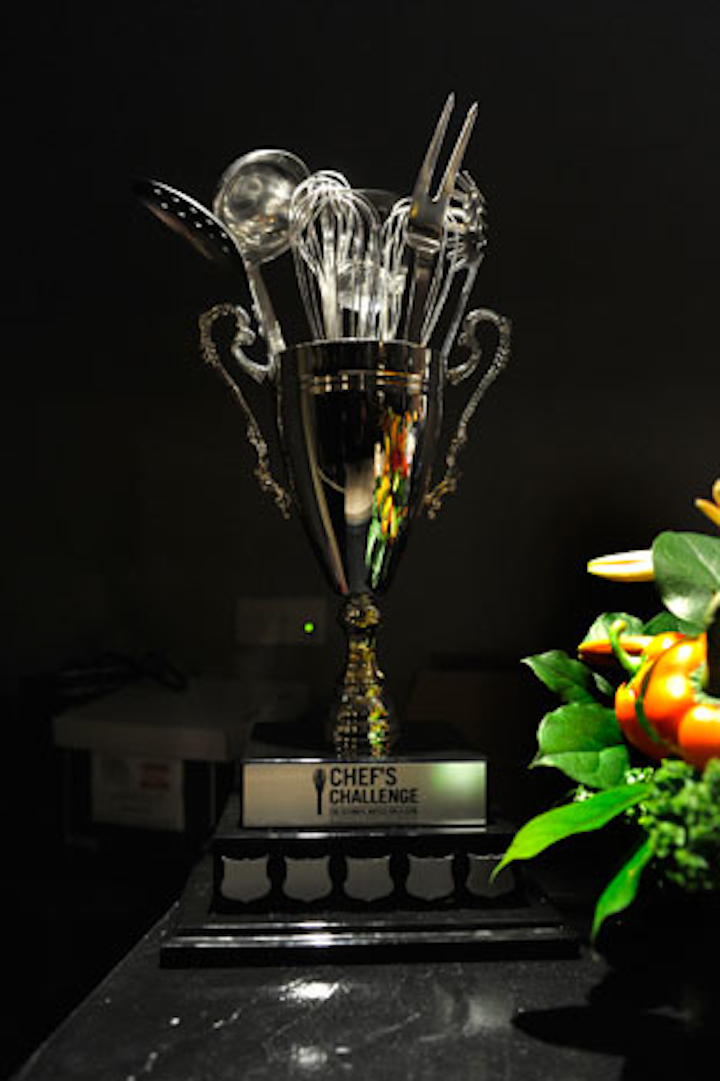 The top team took home a trophy filled with kitchen utensils like whisks and ladles.
Photo: Gary Beechey for BizBash 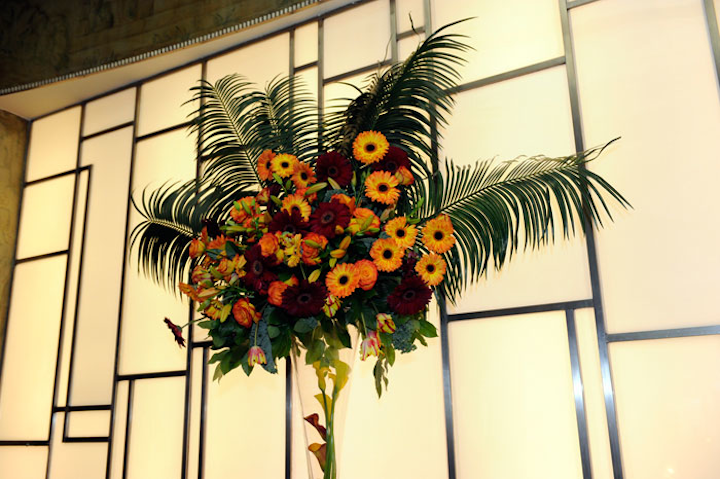 San Remo Florist designed all of the florals for the event, held at the Carlu.
Photo: Gary Beechey for BizBash
More in Toronto