It’s the movie that launched a thousand clown phobias. Stephen King’s classic horror film It has been remade for a new generation, and to celebrate its release last week, Warner Brothers hosted a screening at TCL Chinese Theatre followed by an after-party full of scares. JOWY Productions designed the creepy, clown-filled bash, which was held on September 5 at the Hollywood Roosevelt.

“We wanted to immerse partygoers in the film,” said Sarah Lowy, co-founder and owner of JOWY Productions. The immersion began during the screening and on the red carpet, where actors dressed as the character Georgie Denbrough roamed the area wearing his signature yellow raincoat and holding a red balloon. (The “Georgies” would later appear at the after-party as well, walking up behind guests to scare them.)

The party had plenty of other frights. Vintage mannequins and collectibles were placed throughout the room, while a photo backdrop area allowed guests to pose with clowns, balloons, and the Georgies. One wall of the party featured 3-D projection mapping that depicted the house from the film as well as rain, to give the impression that it was raining throughout the party. “Rain was prominent in the movie so we wanted to create the ambience and mood,” explained Lowy.

The focal point of the room, however, was a massive hanging chandelier, another nod to the film. It was composed of a variety of kids’ items, such as toys, bikes, stuffed animals, hockey sticks, instruments, clothing, and more. “The scale was very large—10 feet in diameter—so every angle and spot revealed something new,” said Lowy.

Catering and flowers also tied into the spooky theme and featured references to the movie. “From the moment guests entered [the party] through a ‘Quality Meats’ scene—a nod to the film—to the red dust on the tray-passed hors d’oeuvres platters, we wanted to capture memorable visuals and bring them to life,” said Lowy. “Sunflowers and red balloons played a prominent and eerie role in the film so we incorporated them as well.”

It hit theaters on September 8. Here’s a look inside the creepy, clown-filled celebration. 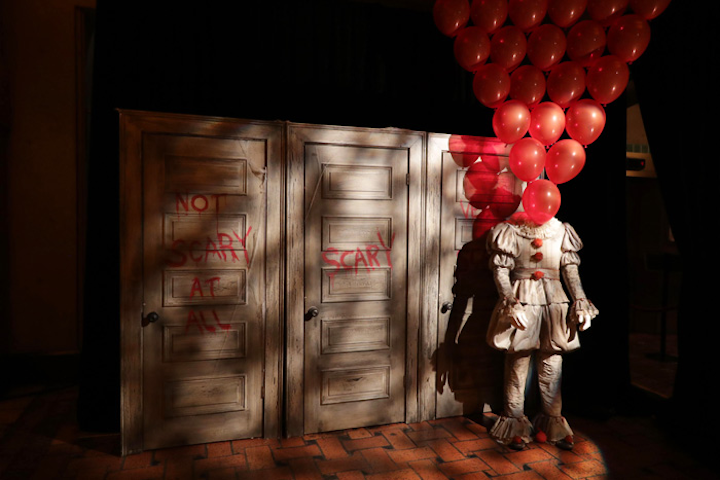 The red-balloon theme continued to a photo backdrop, which featured the words “scary” and “not scary at all” on a series of doors (another reference to a scene in the film). Guests used the area to take selfies with a clown mannequin, or pose with the Georgies.
Photo: Eric Charbonneau 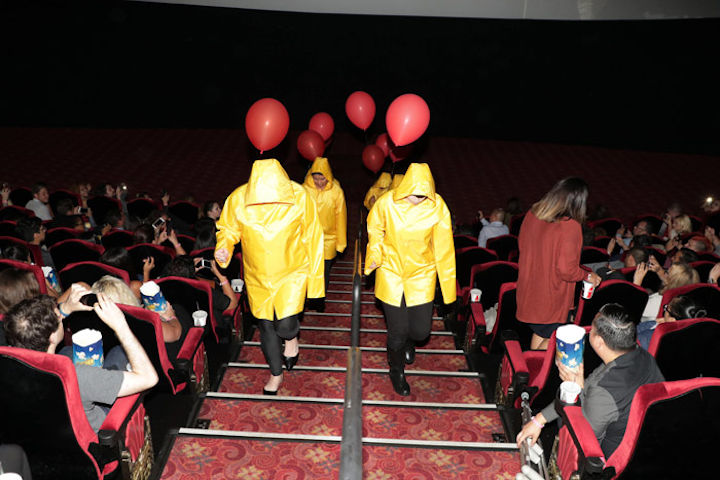 The immersive experience began during the It movie screening at the TCL Chinese Theatre. Actors dressed as the character Georgie Denbrough walked through the theater, giving guests a memorable—and scary—photo op.
Photo: Eric Charbonneau 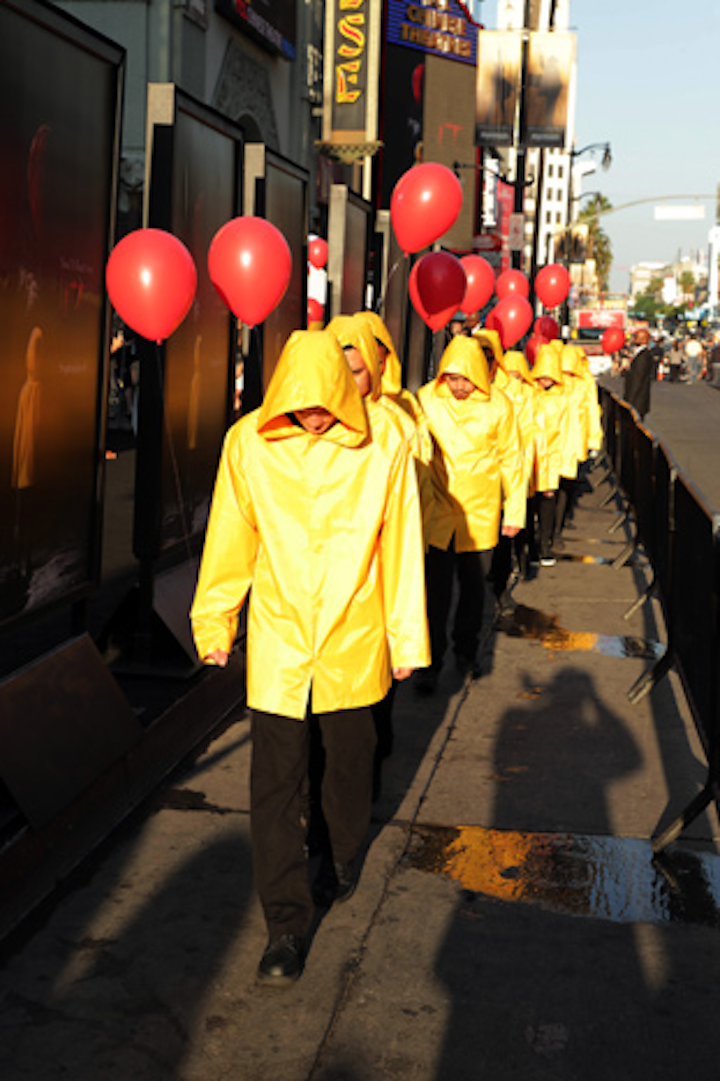 The Georgies also roamed the area outside the theater, and on the red carpet.
Photo: Eric Charbonneau 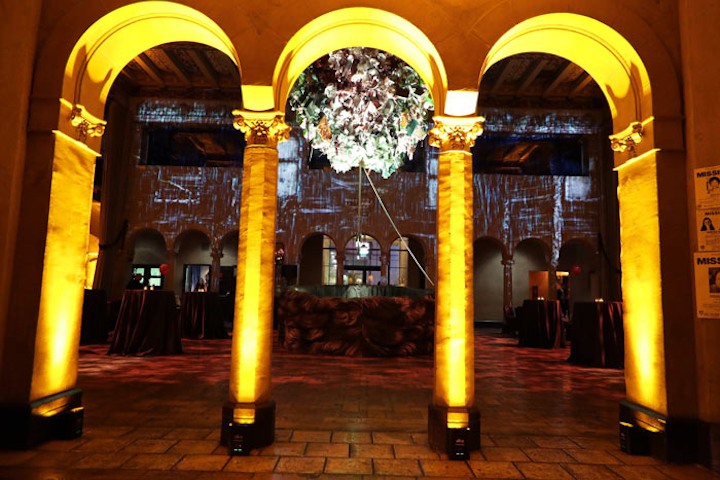 One wall of the party featured 3-D projection mapping that depicted the house from the film as well as rain, to give the impression that it was raining throughout the party. CBC Technical handled the event’s audiovisual production.
Photo: Eric Charbonneau 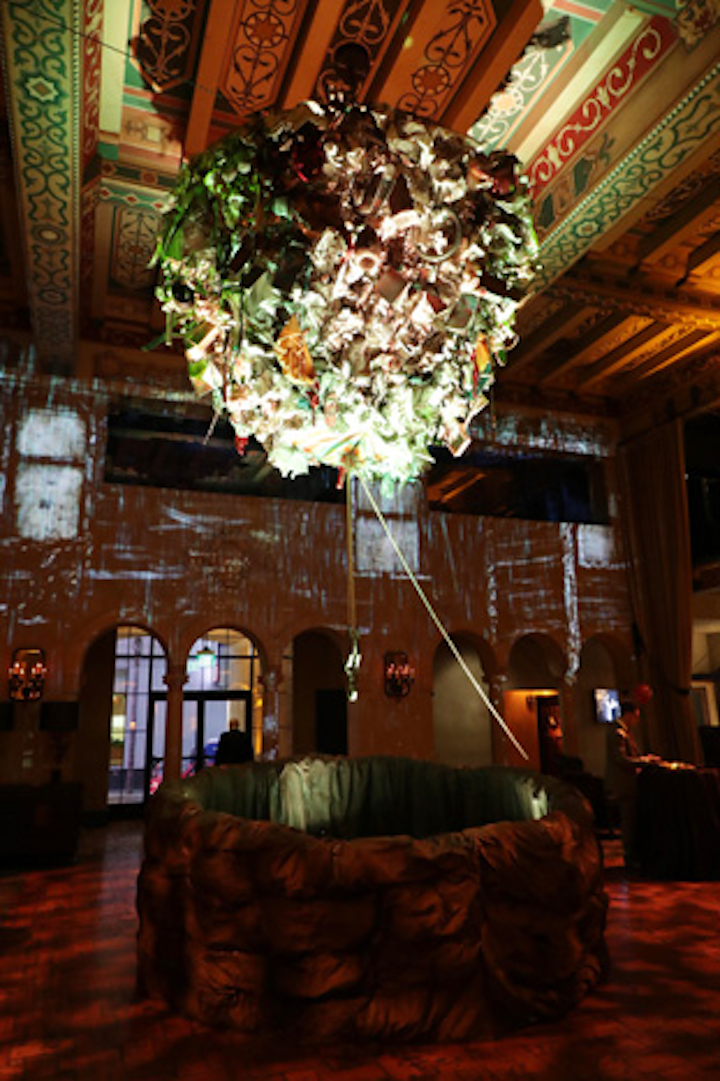 The focal point of the after-party was a 10-foot chandelier that referenced a scene in the film. It was made from kids’ items such as toys, bikes, stuffed animals, hockey sticks, instruments, clothing, and more.
Photo: Eric Charbonneau 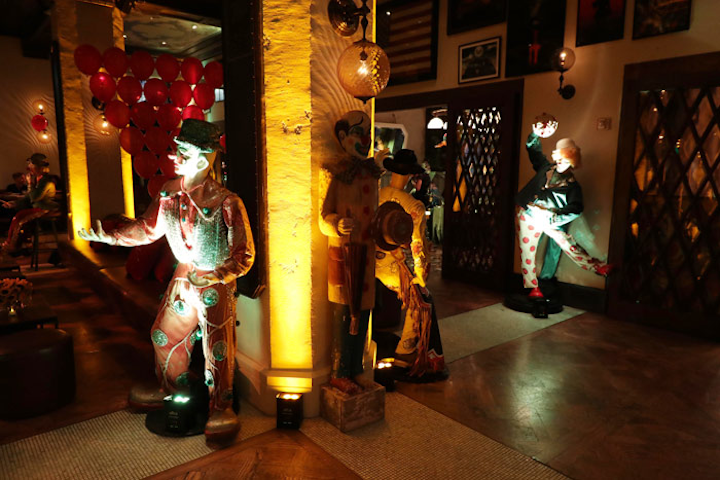 Clown mannequins and collectibles from L.A. Circus were placed throughout the event.
Photo: Eric Charbonneau 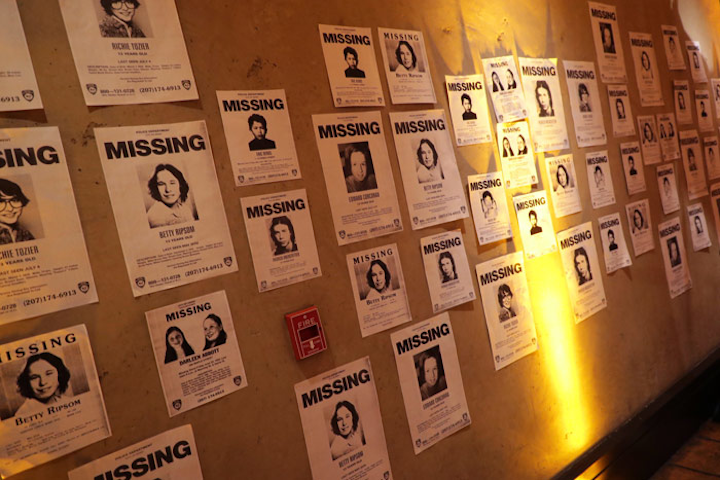 Missing-person posters were plastered throughout the event space, featuring names and pictures of Pennywise the Clown’s victims from the film.
Photo: Eric Charbonneau 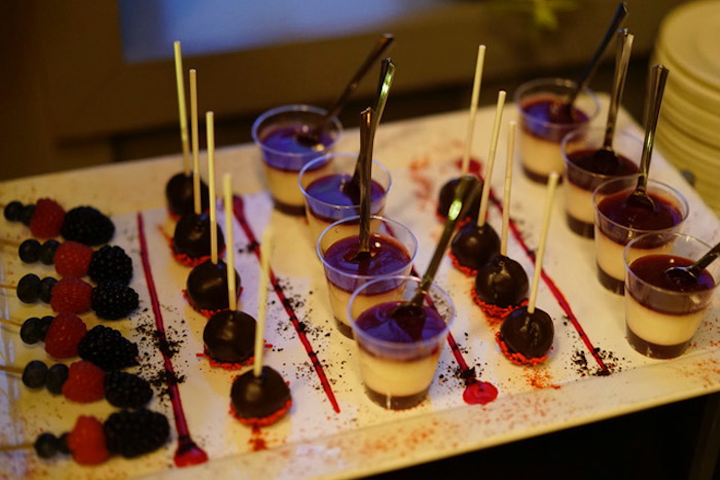 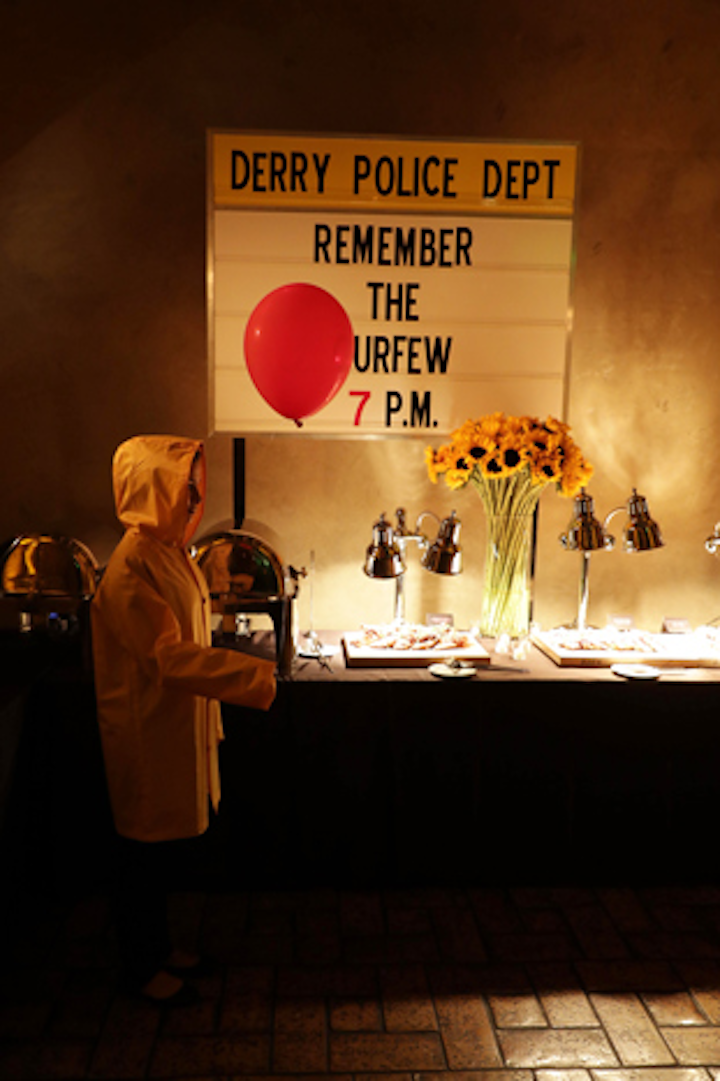 The Georgies roamed the party with their red balloons, occasionally popping up behind guests to scare them. Signs from the movie’s Derry Police Department further immersed guests, while sunflowers—another nod to the film—provided by CJ Matsumoto featured prominently in the event decor.
Photo: Eric Charbonneau
More in Audiovisual 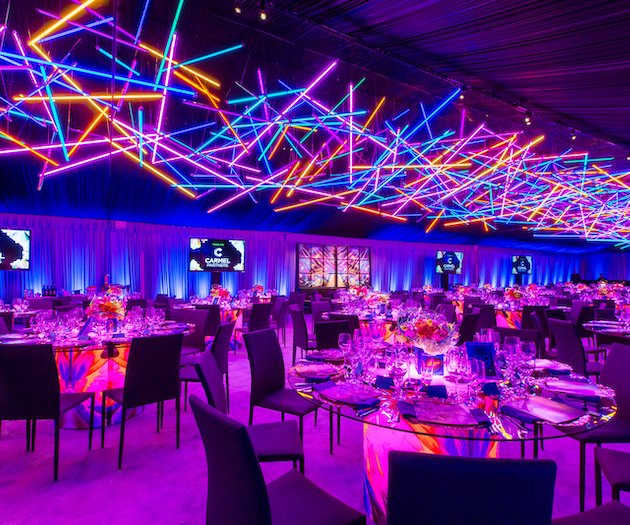