After six years at Bolthouse Productions, Robert Badgley and Brian Diamond launched their own boutique firm, where they concoct new and surprising ways to showcase products. 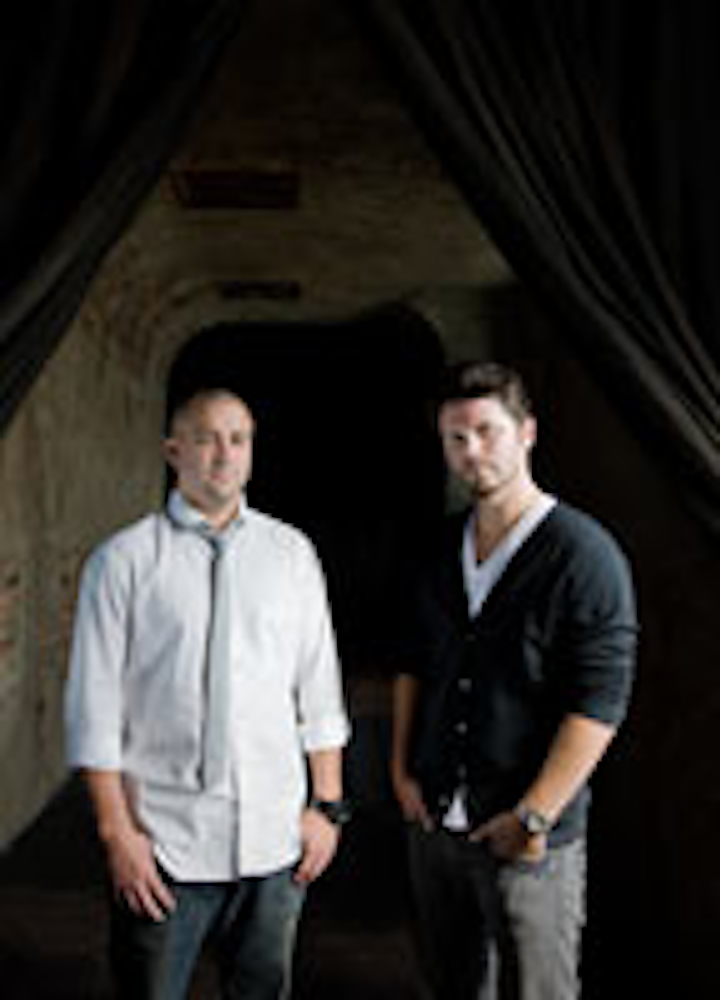 Opposites Attract: Robert Badgley and Brian Diamond say they first discovered they made a good team while working in the event marketing division of Bolthouse Productions. Badgley focused on production-related responsibilities, and Diamond handled sales and client relationship management. “I like getting my hands dirty and doing the design or actual production behind an event,” Badgley says. “The partnership’s a good fit, because Brian’s much more of a people person than I am, and he’s very good at dealing with clients, whereas I just like to be behind the scenes.” Together, they designed and executed events for T-Mobile, Victoria’s Secret, and HBO, but when Bolthouse merged with entertainment group SBE in late 2005, the two decided it was time for a change. “Things became a little more corporate, whereas we liked the boutique-ish company we’d worked for before,” Diamond says. Each took on freelance event work, naturally calling upon one another to collaborate on projects. “At one point, we thought maybe we should just form an L.L.C. and try doing this ourselves,” Diamond says. Last January, they launched Visionary Group, a full-service event production firm.

Message Makers: “We try to think of cool and interesting ways to convey our client’s message or brand, so that the consumer or guest is really emotionally, physically, or intellectually experiencing the product,” Diamond says. “We really showcase the product within our events, almost glorifying it in a way, versus just having a model walk around with it.” For an Ocean Pacific campaign launch last June at a private Hollywood Hills home, the duo integrated the clothing company’s brand into the event space by embedding LCD monitors broadcasting the brand’s promotional videos into a skate ramp. For a joint Pepsi and Auto Club Speedway event last August, they created more experiential tie-ins, bringing in a tire-changing simulator, and designing a tunneled entrance lined with videos of racing cars. “Brian and Rob set themselves apart by truly becoming an extension of our team, collaborating to create a powerful five-star Hollywood event without losing sight of budget-consciousness,” says Auto Club president Gillian Zucker.

Looking Ahead: “When you throw a party, people go, have a drink, and then forget they were there,” Diamond says. “We’d rather create a little more longevity and an overall experience so that our clients get more bang for their buck.” Plans are also in the works to take over a hotel for a weekend during next year’s Coachella Valley Music and Arts Festival, where the pair will offer select sponsors the chance to integrate products everywhere from the lobby to guest rooms.