In the competitive arena of spirits marketing, Belvedere upped the ante by introducing its pink grapefruit-flavored vodka alongside a Matthew Williamson-designed kaftan and, buoyed by its collaboration with the fashion designer, hosted five events over four days in a temporary branded space. Building on the outreach and ideas conveyed in last year's pop-up for the black raspberry maceration, the Möet Hennessy-owned company used these gatherings to cement brand presence and recognition with its core demographic and key partners.

To house the festivities, which started with a blending session last Wednesday and concluded with an Out magazine-hosted fete on Saturday, Belvedere's senior vice president of global marketing, Jason Lundy, hired Shiraz Events to trick out the second floor of an empty retail and office building opposite Matthew Williamson's store on West 14th Street.

More square-footage than last year and a 10-day lease on an unused building meant the vodka brand could fashion a versatile space to accommodate a variety of events, each tailored to a different crowd.

A white lounge peppered with images from the ad campaign and comfortable furniture served as a low-key place for Belvedere's head of spirit creation and master distiller, Claire Smith, to educate 35 distributors and trade media on the natural method of flavoring by maceration and how the new beverage blends with other cocktail mixers like bitters and soda. This section later became the V.I.P. room at Thursday's launch hosted by V magazine and Leigh Lezark, which attracted more than 1,000 music-minded folks like Estelle and Kelly Osbourne.

A second room, designed after nightlife haunts, had an open layout and two custom bars for the reception-style functions on the agenda. Stylist Bevy Smith and singer Keri Hilson brought a female-focused fashion crowd to a tasting on Friday that paired bites with Belvedere Pink Grapefruit concoctions for attendees like Rosie Perez and models Alek Wek and Sessilee Lopez. Following Refinery29's four-hour consumer event on Saturday afternoon, Out capped off the launch series with an energetic party for 600 readers in the evening.

With four days and hundreds of attendees, Belvedere seized the opportunity to integrate another marketing initiative into its short-term home. Ads and a neon sign carrying the moniker "BELieVE" pointed to a campaign introduced in March that encourages consumers to use the shorthand "Belve" when referring to the brand. 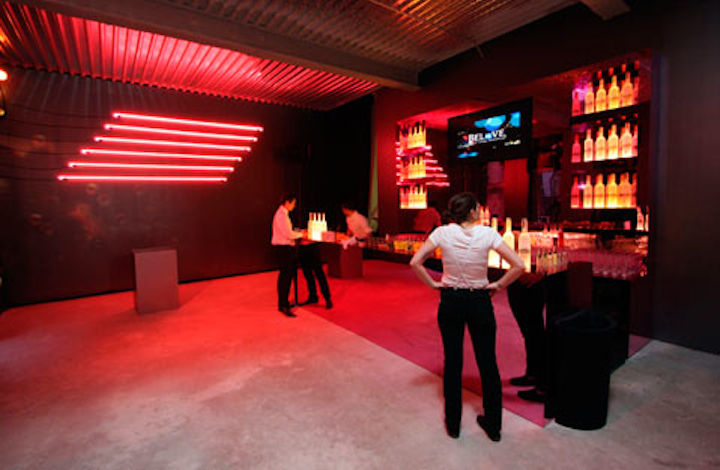 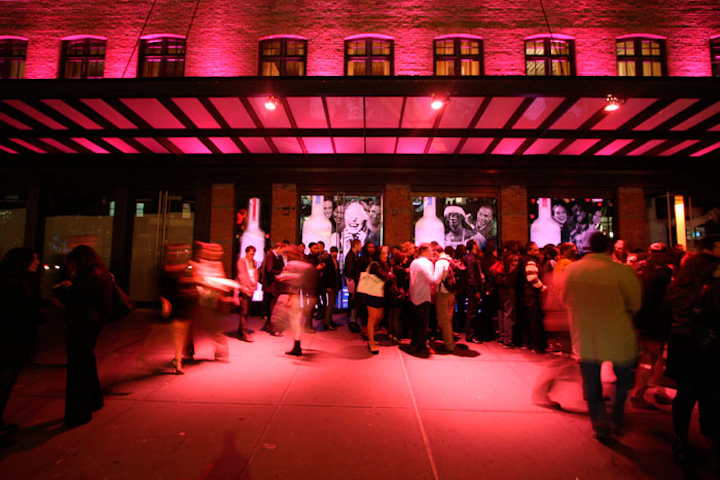 Significantly expanding the physical presence of its 6,000-square-foot space, Belvedere covered the facade of the meatpacking district building with promotional images and washed the site in pink lighting.
Photo: Keith Sirchio for BizBash 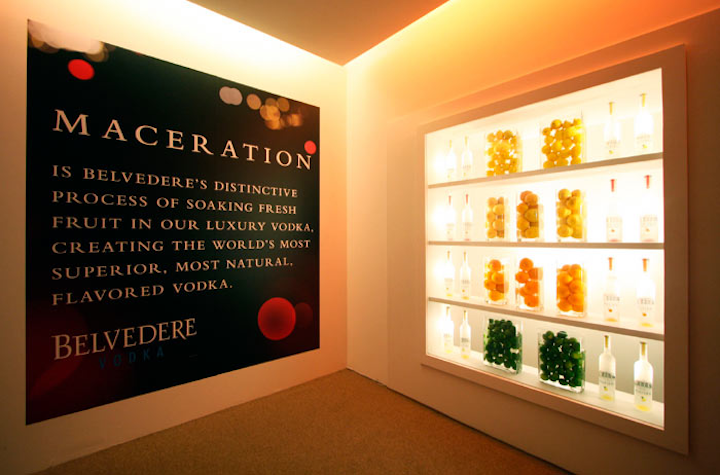 At the ground-floor entrance, Belvedere emphasized its other flavors of maceration vodkas with signage and a fruit-filled display.
Photo: Keith Sirchio for BizBash 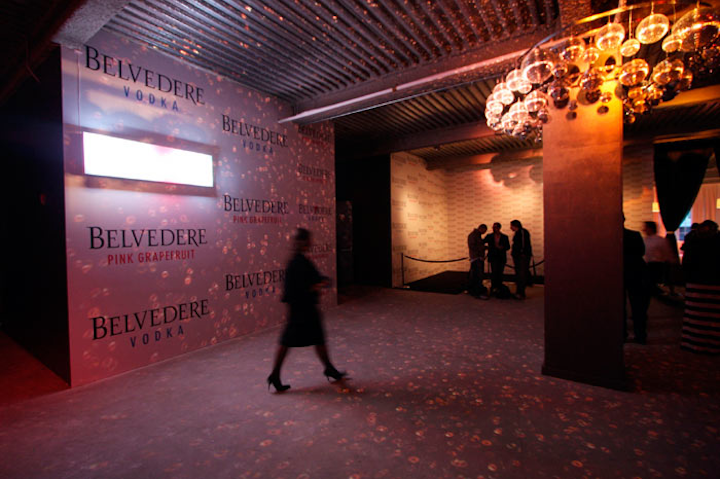 Belvedere also used the space to integrate aspects of its new campaign, which encourages familiarity with consumers by adopting the nickname Belve.
Photo: Keith Sirchio for BizBash 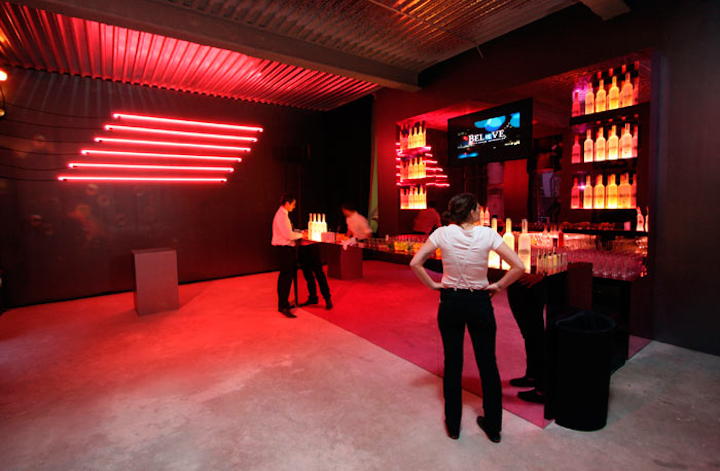 The main section of the space was designed to imitate nightclubs and provide an open enough layout for the scheduled events. Shiraz Events built freestanding bars and cloaked the raw walls with painted partitions.
Photo: Keith Sirchio for BizBash 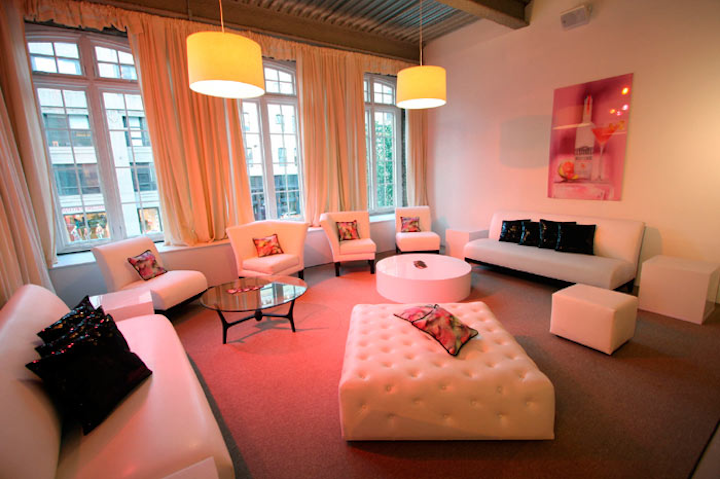 The lounge area, which doubled as the V.I.P. room for Thursday's official launch party, afforded a view of the Matthew Williamson store and sought to emphasize the natural ingredients of the vodka with white furnishings and a smattering of pink items.
Photo: Keith Sirchio for BizBash 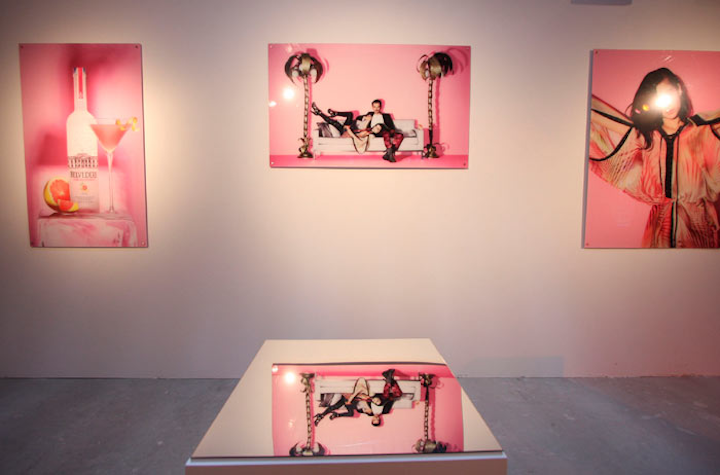 The walls of the lounge area held promotional images for Belvedere Pink Grapefruit, including photographs of Williamson with Leigh Lezark and the kaftan she inspired.
Photo: Keith Sirchio for BizBash 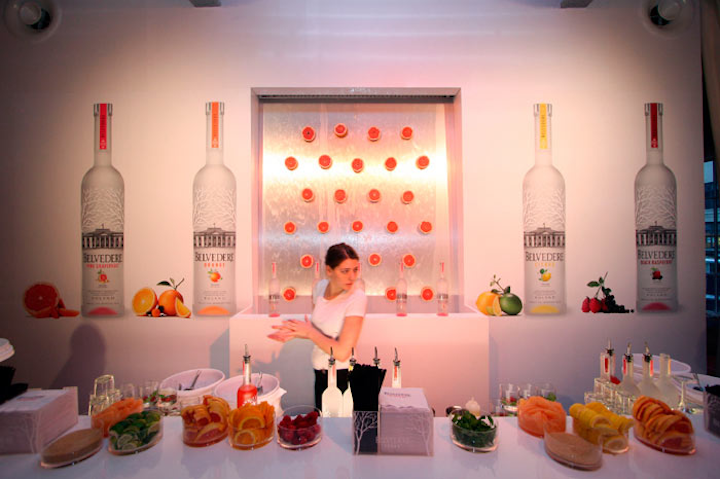 In one of the walls that masked the site's unfinished state, Shiraz Events placed slices of pink grapefruit under a stream of water.
Photo: Keith Sirchio for BizBash 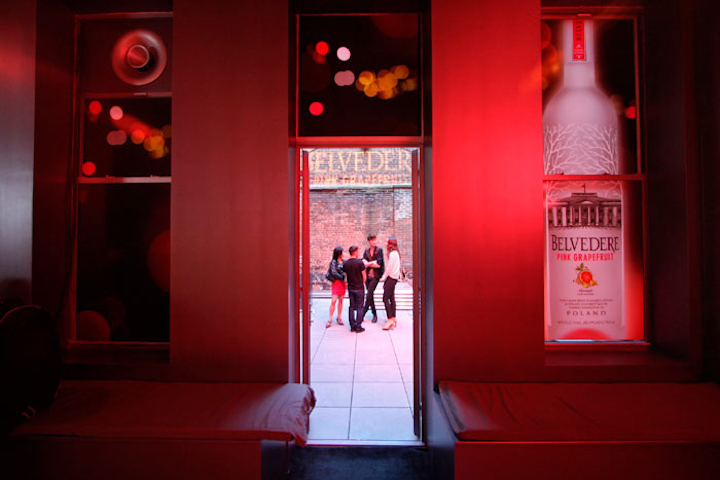 Pink lighting, gobos, and images of the bottle branded the space.
Photo: Keith Sirchio for BizBash 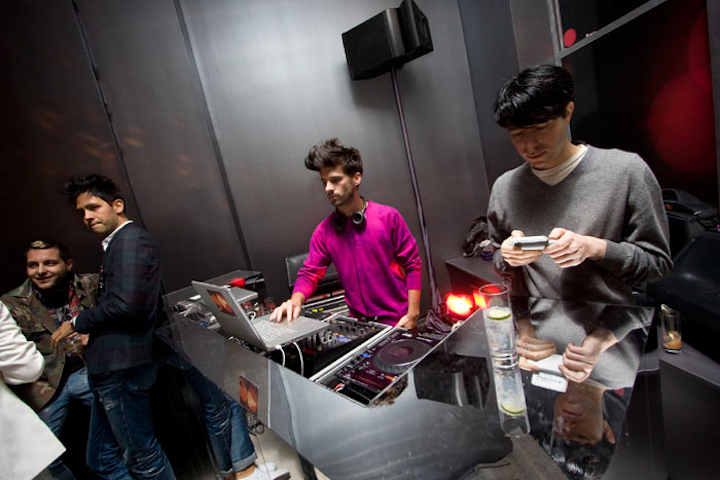 Using the events to strengthen its relationship with music and fashion influencers, Belvedere brought in DJs like the Misshapes (pictured), Quest Love, and Sparber.
Photo: Keith Sirchio for BizBash 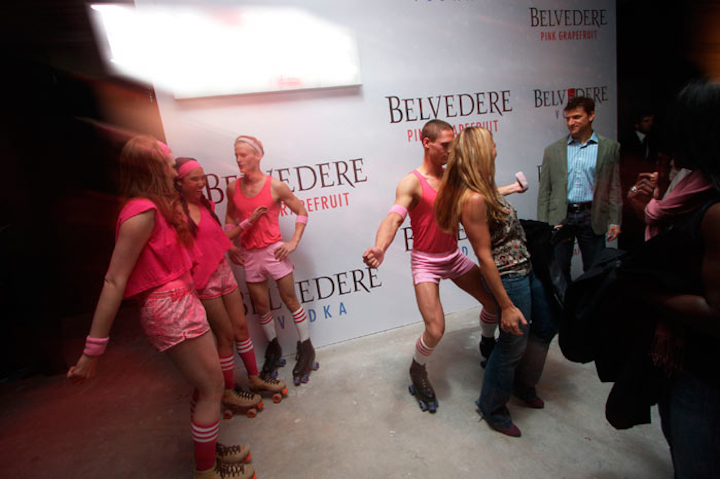