More and more corporate brands are using social media to track their audience, provide updates, and source guests for events. Some, like Ikea, even consider the members of these online communities brand ambassadors. Wanting to explicitly recognize the value of this body of consumers and directly engage them, the Swedish furniture retailer elected to broaden the scope of its typically press-only catalog preview with a private event for devotees and a public exhibit. To help broadcast this first-time effort, Ikea reached out to fans through Facebook, the Brooklyn store's Twitter page, and IkeaFans.com, an independently run Web site with an audience of more than 150,000.

"We always try to do what we can, not only for the customers, but for the fans as well—and there are some real die-hard fans out there. When we were planning the 2011 catalog preview, we said, 'Let's take it a little bit further instead of just offering product. Let's offer them an experience; they've been so loyal to us. So how about if we not only give the press the catalog two weeks in advance, but let the fans be the first ones to see it too," said Raymond Simanavicius, Ikea U.S.A.'s media promotions events manager, who headed up the event.

To place the selection of new shelves, tables, and other furnishings into context, Ikea took over an empty storefront on West 25th Street and, much like the setup in its stores, arranged the goods into room vignettes with a black and white color scheme. "If we were going to start adding colors to the exhibit, we might as well put a sign on the door saying, 'Go to your local Ikea store.' But here we just wanted to highlight the storage and organization. It's a blank canvas so that whoever is looking at it can envision for themselves the actual storage that can help them," Simanavicius said.

The temporary stage, dubbed "Organize Your Life, Organize Your Living," was the site of an open house for the media during the day on Wednesday, followed by the meetup for 100 fans in the evening, and on Thursday and Friday was open to the public. And as an added draw, the three-day sneak peek of the 2011 product directory also incorporated how-to seminars from editors at Meredith Publishing magazines, including Better Homes & Gardens, Family Circle, and Traditional Home.

"We know that storage and organization is a universal problem for a lot of people, and we didn't want to make it so commercial. Ikea can contribute a lot, but we also wanted to get an external partner to help carry the message that storage and organization is an important facet to everyday life and address problems that maybe we didn't even know about," said Simanavicius. For the publishing house, it was what Oma Ford, senior deputy home editor at Better Homes & Gardens, described as "an opportunity to hear firsthand what people are really doing in their homes and what their questions are," as well as present their own ideas.

The concept proved popular: From the extensive response it received, Ikea chose 100 fans to attend the private event and within a day of posting information about the seven seminars open to the public, the sessions sold out. 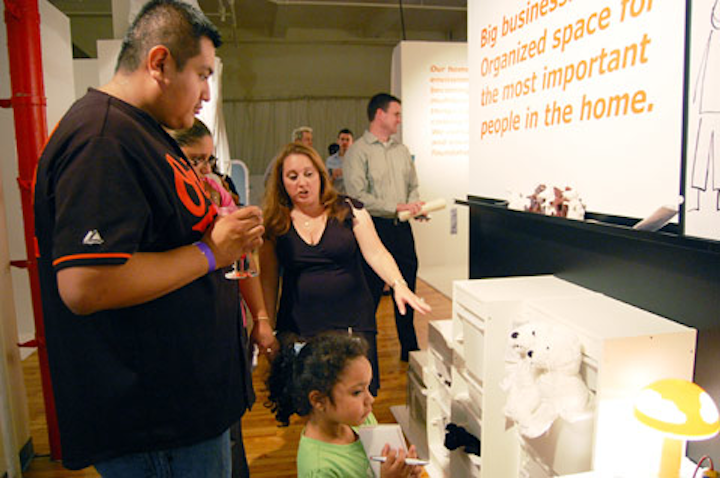 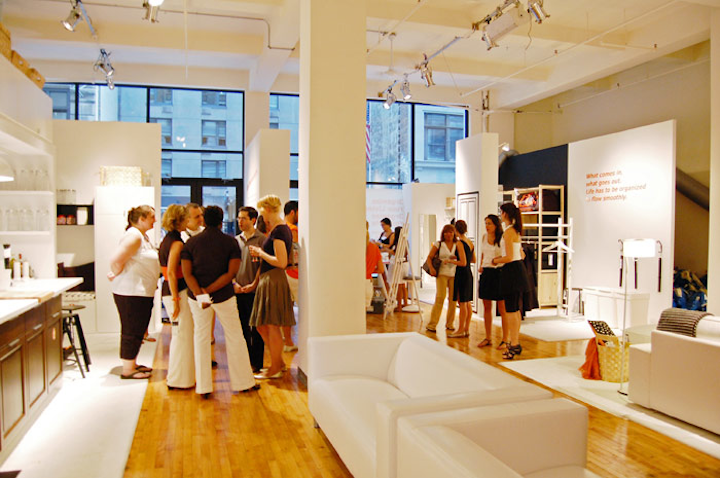 Inside an empty storefront on West 25th Street, Ikea has created an exhibit called "Organize Your Life, Organize Your Living" to showcase the products in its 2011 catalog to press, fans, and the public.
Photo: Jessica Torossian for BizBash 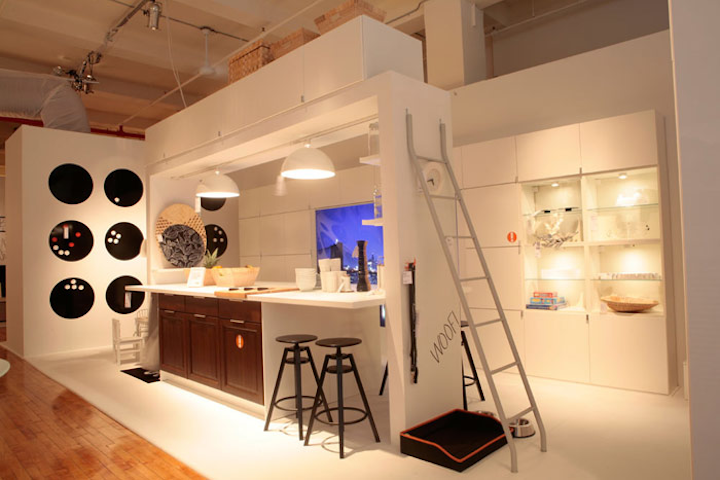 Room vignettes in the retailer's preview include a kitchen, bathroom, closet, and lounge.
Photo: Courtesy of Ikea U.S. 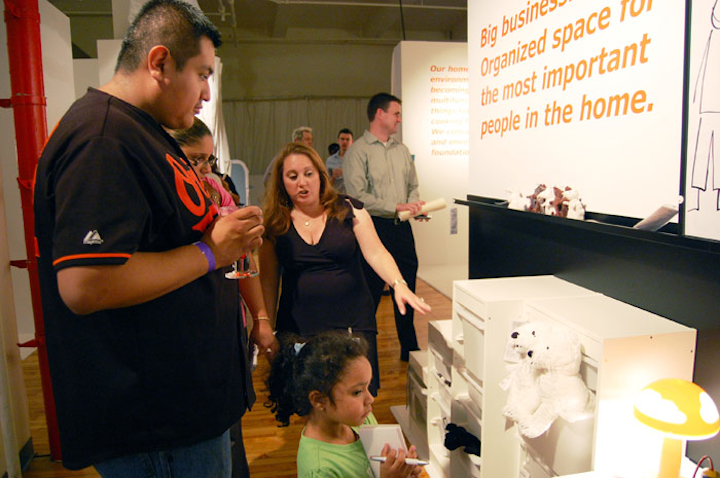 To guide visitors through the exhibit, Ikea brought in employees from its stores in Detroit, the Red Hook neighborhood of Brooklyn, and Portland, Oregon.
Photo: Jessica Torossian for BizBash 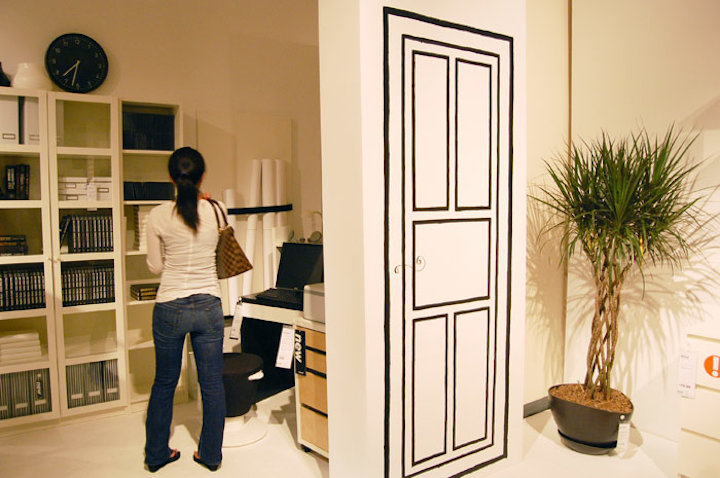 To drive home the concept of organization and storage for New Yorkers, the exhibit even has a section designed to show how to furnish an apartment as small as 155 square feet.
Photo: Jessica Torossian for BizBash 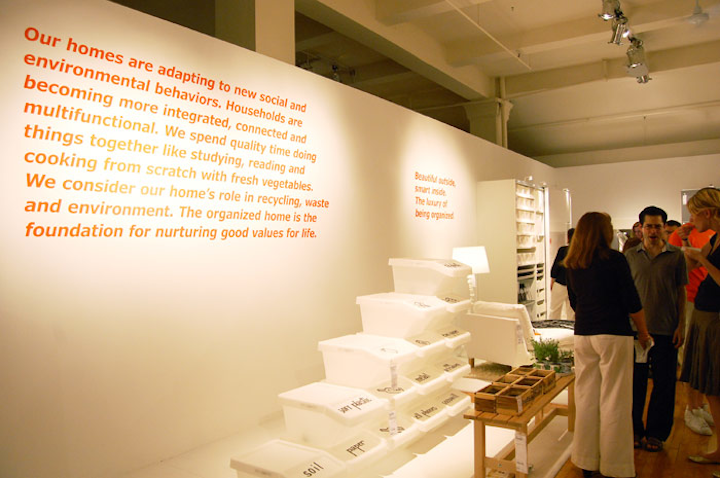 Ikea used only black and white furnishings to help visitors focus on how the products can be used to organize a room.
Photo: Jessica Torossian for BizBash 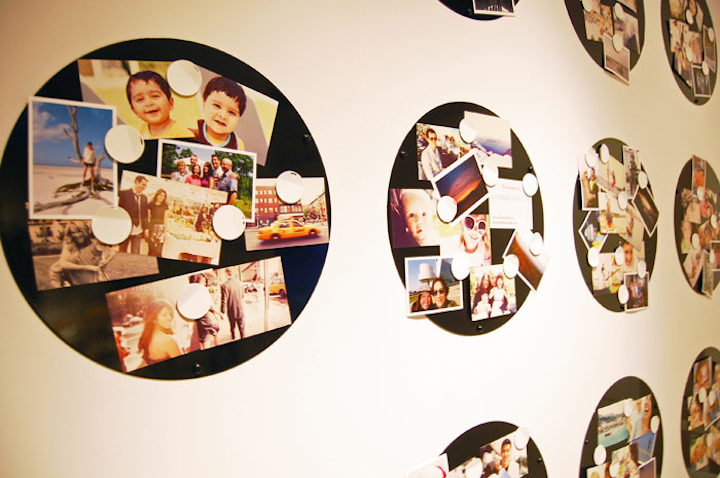 In addition to furniture, the space also showcases smaller wares, such as the Spontan magnetic board that can be used to hold photos in the kitchen.
Photo: Jessica Torossian for BizBash 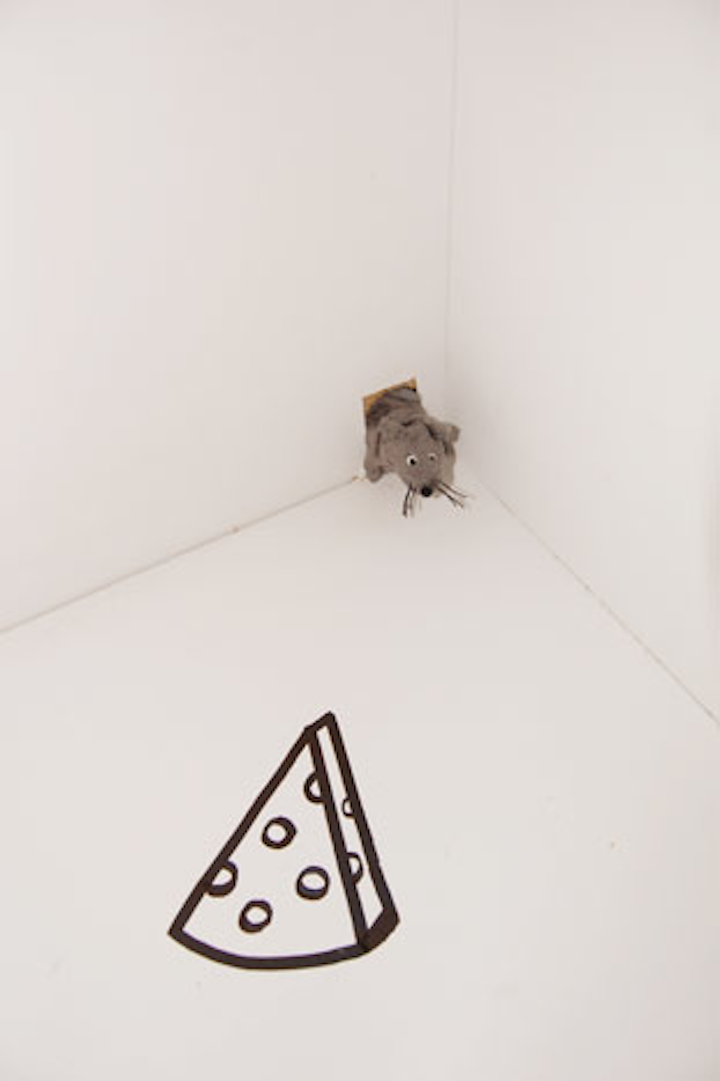 The design includes lighthearted touches like a toy mouse in a corner.
Photo: Jessica Torossian for BizBash 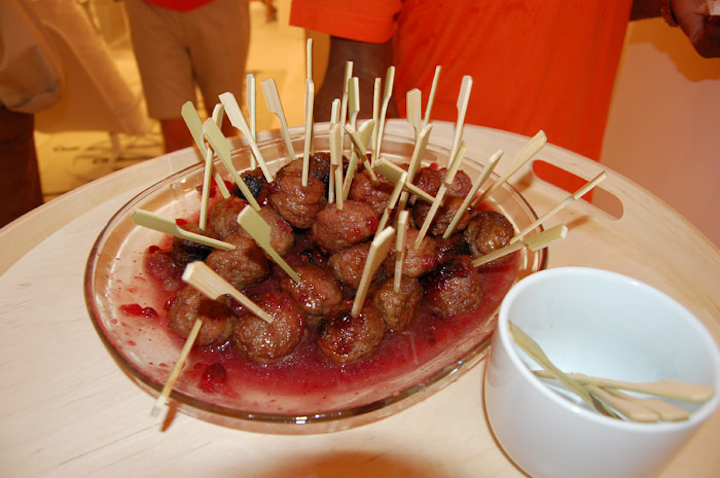 At the Wednesday fan event, caterer the Kitchen Sink served up dishes sourced from the Ikea store, including the retailer's famous Swedish meatballs.
Photo: Jessica Torossian for BizBash 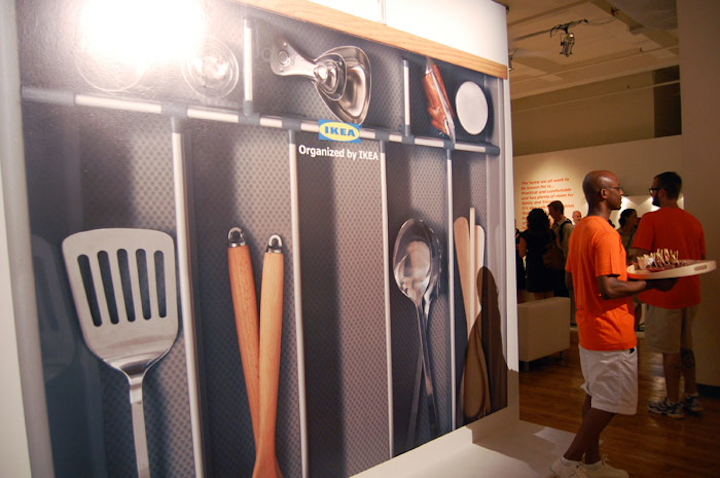 There was a photo backdrop designed to look as though the posing guests were inside a kitchen drawer.
Photo: Jessica Torossian for BizBash 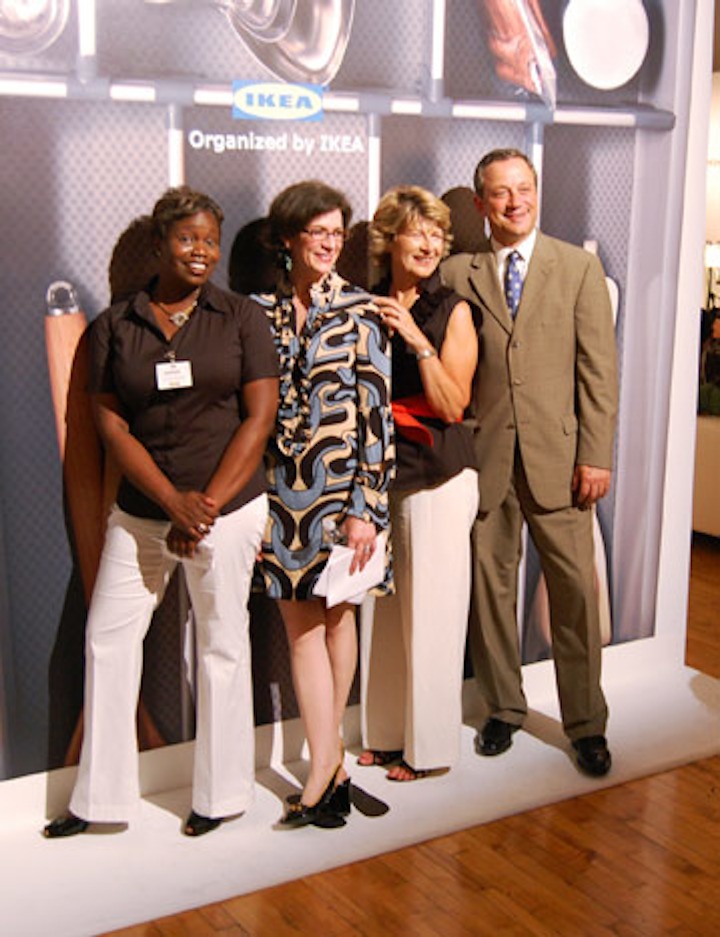