More than 600 guests attended the 23rd annual Holmes Regional Medical Center benefit ball, where Leeza Gibbons served as honorary chairwoman and Leeza's Place, an organization for Alzheimer's patients and their families, was the beneficiary. Judy McCarthy served as official chairwoman alongside Grace Gillis, coordinator for the Health First Foundation, which raises money for the hospital's expansion programs. Together they planned the black-tie gala, loosely based on the film and novel Midnight in the Garden of Good and Evil.

During the cocktail hour, guests sipped champagne and nibbled on appetizers including scallops wrapped in bacon and fried frog legs, provided by Black Tie to Barbeque Caterers from the Wyndham Palace Resort & Spa. Pianist David Riner tickled the ivories, playing Johnny Mercer tunes for guests' entertainment, until David & the Source, an eight-piece band, took over for the rest of the night and played all types of dance music from rock 'n' roll to 70's tunes.

Encore Creations brought four actors to play characters from the Garden story, but gave them more whimsical looks. A beautiful Southern belle, a living statue of the Bird Girl (the well-known image from the cover of the book), a man in a voodoo costume, and a man making tissue-paper flowers posed for pictures and mingled with guests.

Although the facility had no kitchen, Black Tie to Barbeque managed to serve a five-course meal, highlighting tastes of the South. Maple mashed sweet potatoes and corn pudding were served with pan-roasted beef, and dessert was pecan bread pudding with bourbon sauce. 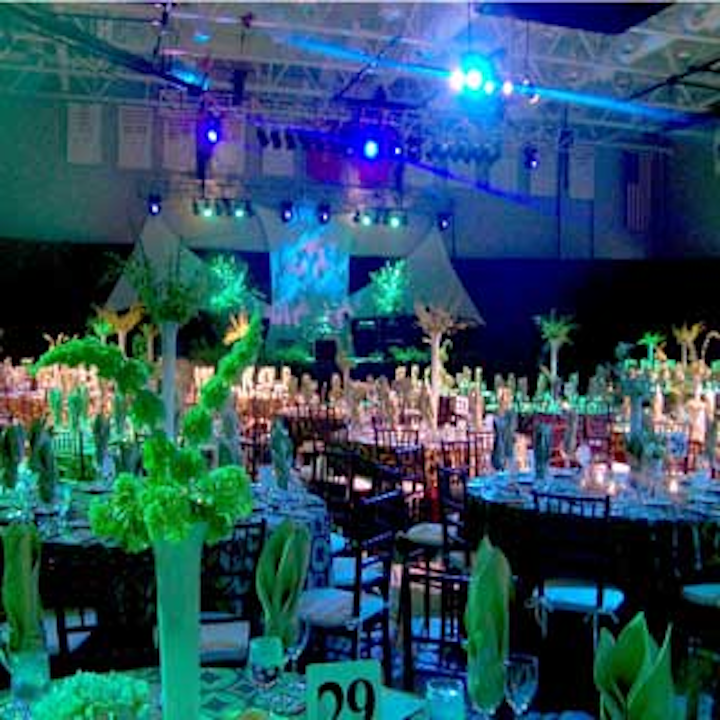 For the 23rd annual Holmes Regional Medical Center benefit ball, the Clemente Center was transformed with cool tones and foliage. 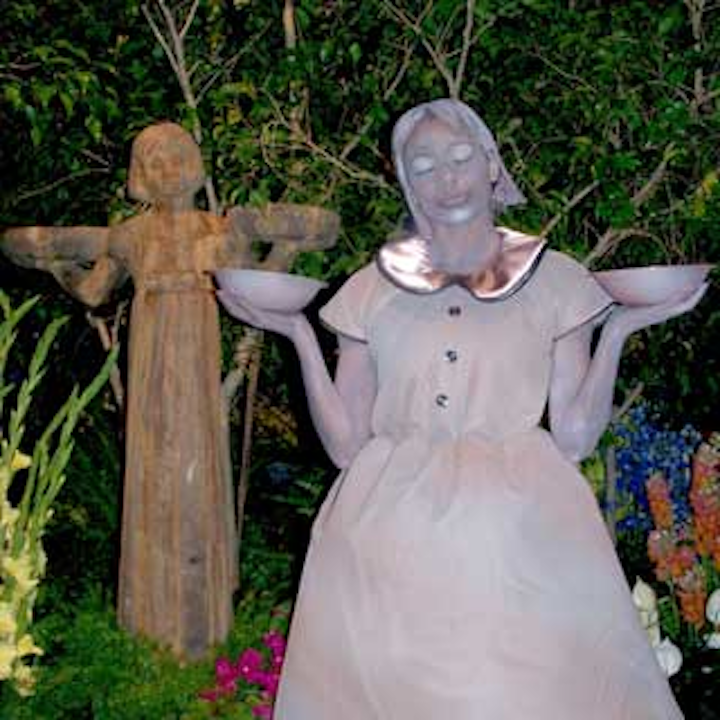 A living statue, based on the well-known image from the cover of the book Midnight in the Garden of Good and Evil, stood in the garden created for the benefit and mingled with guests throughout the night. 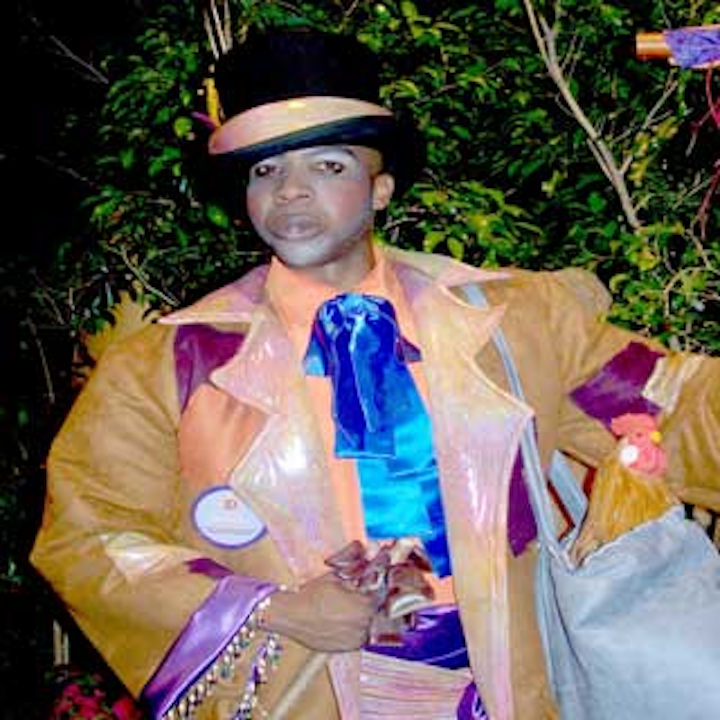 An actor in a voodoo costume was one of four Midnight in the Garden of Good and Evil characters at the event. 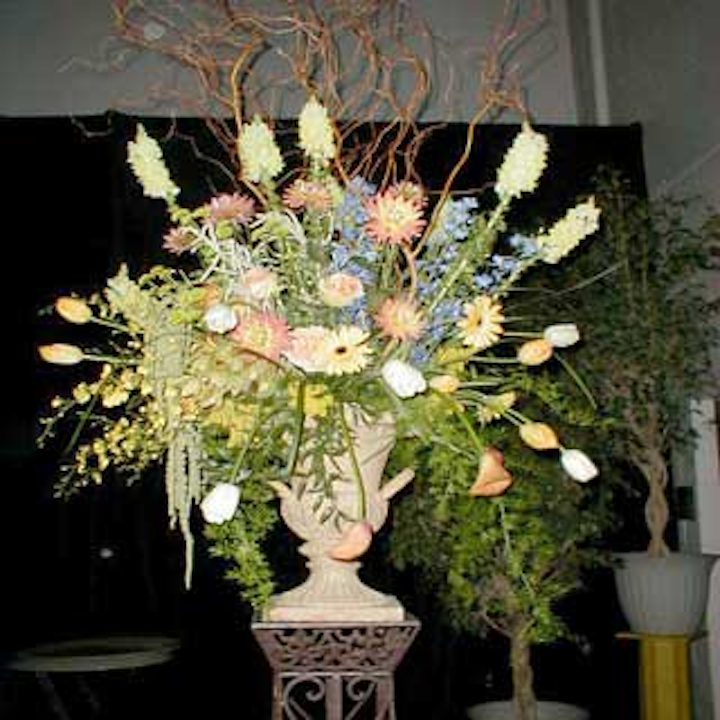 Vases overflowing with flowers were placed throughout the room.
More in Floral