Returning as the event's designer for his third consecutive year, Frank Alexander Salaris of Frank Alexander NYC worked with the conservancy's director of special events, Melissa Kinsella, to set the scene inside two large tented spaces.

Borrowing directly from the twilight-themed ball's invitation—an orange and blue illustration of the sun setting with silhouettes of bats and buildings—Salaris and Kinsella focused on lighting the event and generating shadows and silhouettes with various ornaments. Sitting atop the main bar in heavy urns, disco balls of different shapes reflected hundreds of dots of light onto the ceiling of the cocktail space, essentially creating a starry pattern. As an ominous touch, video graphics of lightning bolts flashed across this surface and a fog machine shrouded the room in a hazy mist. For the dinner area, orange lights illuminated black tree silhouettes, oversize fake bats cast menacing shadows onto the ceiling, and miniature toy skulls dipped in black glitter glistened faintly between the paper flowers of each table's centerpiece.

But the evening wasn't all about the decor: To highlight the costume competition, the conservancy added an extra photographer—snapshots are how guests enter the contest—and displayed the images on four large screens in the dinner tent.

Hudson Yards Catering handled the food this year and served seasonally appropriate canapés like spiced butternut squash soup and tarte flambé as well as a dinner menu of berbere-crusted lamb shank. As a nod to the spooky holiday, the dessert offerings included jack-o-lantern whoopie pies and shortbread cookies in the shape of black bats. 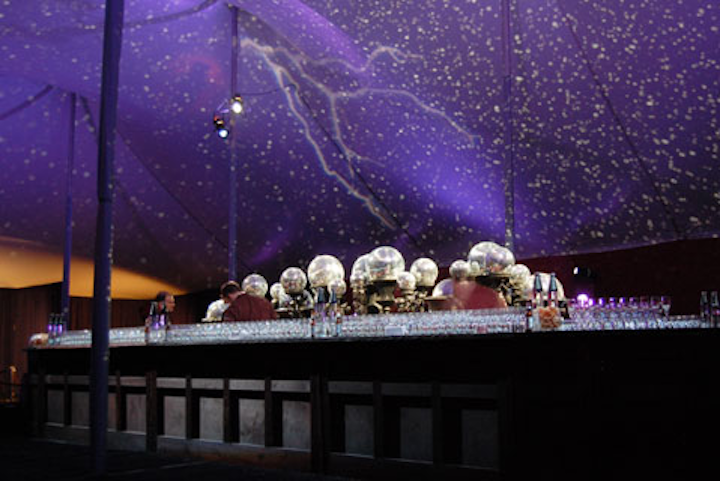 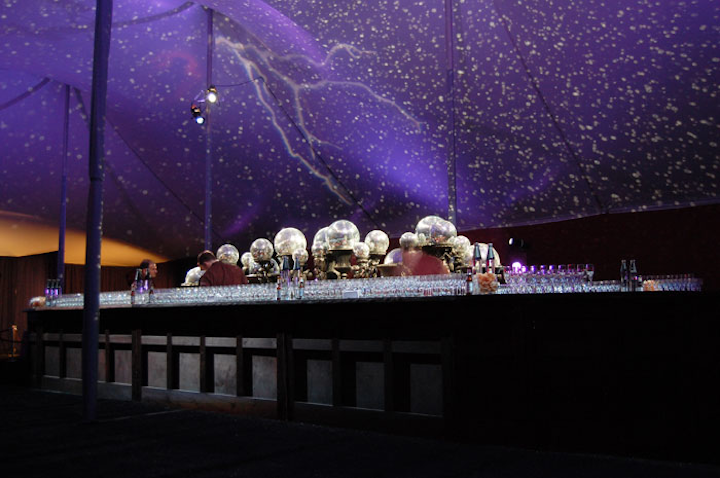 Designed to emulate a starry night sky, large disco balls set atop urns reflected hundreds of spots of light onto the tent ceiling.  The look was reinforced by projections of lightning bolts.
Photo: Jessica Torossian for BizBash 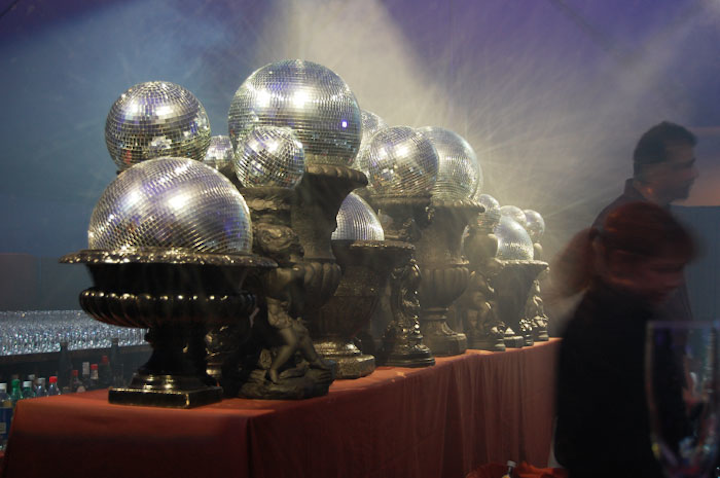 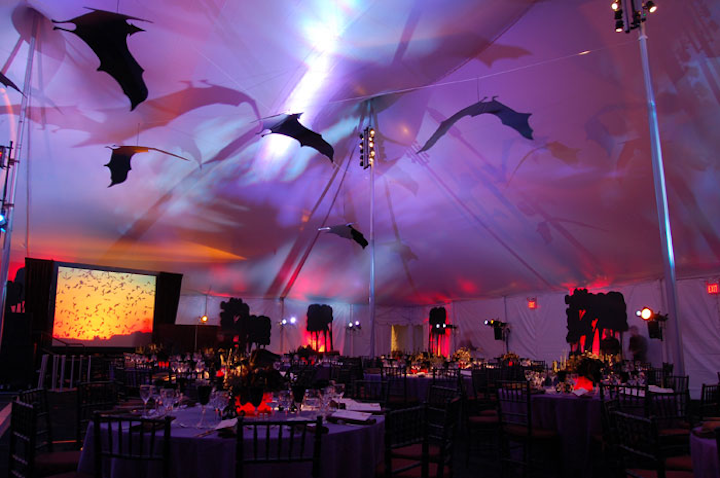 Inside the dinner area, Salaris and Kinsella hung large bats from the ceiling.
Photo: Jessica Torossian for BizBash 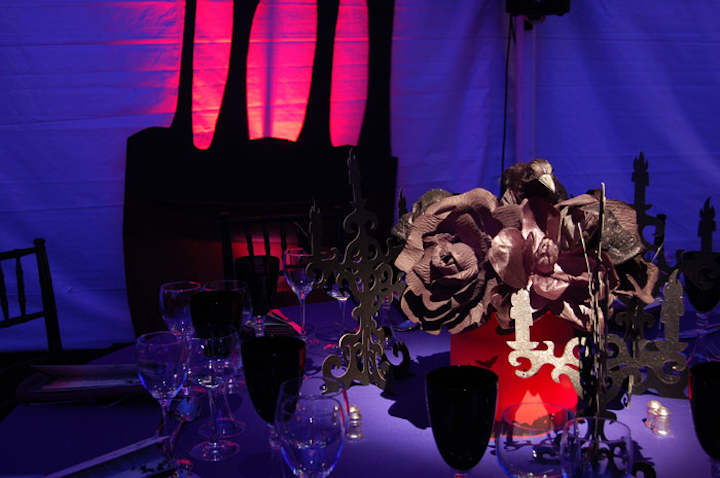 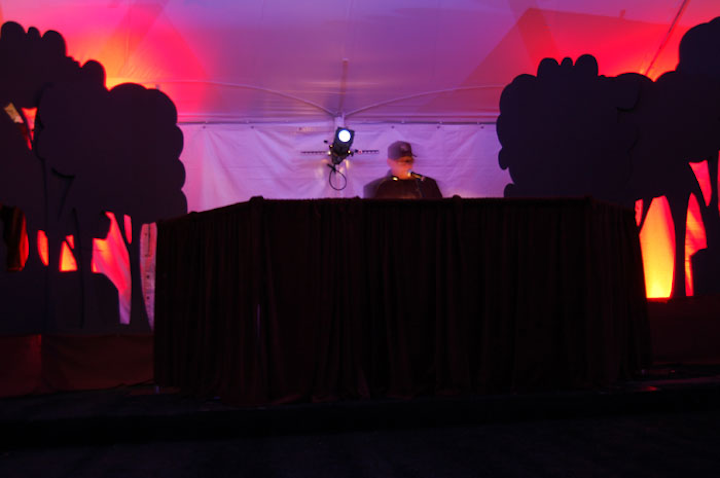 To establish the twilight motif, tree silhouettes and a contrast of orange and blue lighting marked the perimeter of the dinner tent.
Photo: Jessica Torossian for BizBash 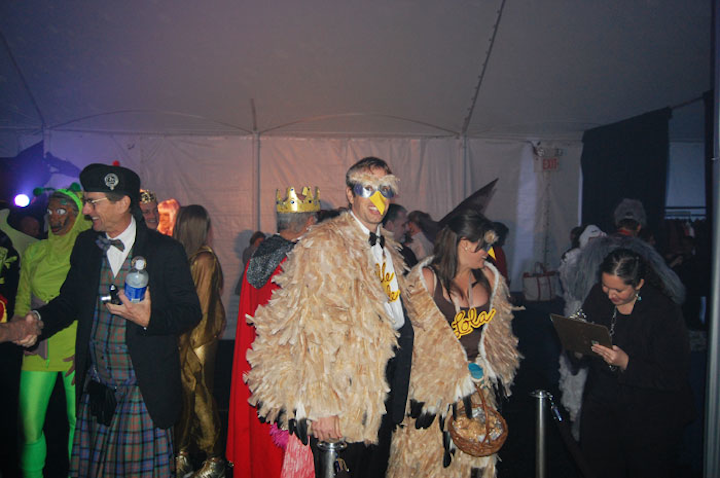 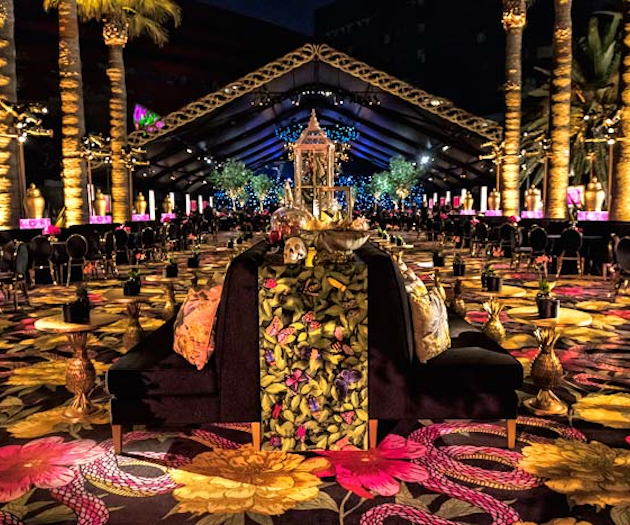