In a troubled time for print magazines, some publishers mark small successes with every issue that actually makes it to newsstands. Celebrating more than that on September 1 was OK magazine, which marked its fifth anniversary with a party at La Vida. It was the first of five parties that also will take place in New York, Chicago, Miami, and finally Las Vegas on October 7. The magazine's director of events and partnership, Lisa Campione, tapped Precision Event Group to produce.

The Los Angeles venue had outdoor space plus considerable real estate that allowed for branding. Perhaps harking back to the signature decor piece famously employed by another magazine, Vanity Fair, at its legendary Oscar party—although not an intentional homage, Precision's Jason Wanderer said—was an 8- by 11-foot topiary announcing the magazine's title. It was a touch Campione and Wanderer had wanted for a previous magazine event, but the venue's layout wouldn't allow it.

Once inside the space, about 500 guests hung a left to find a big open patio with logo gobos, ambient blue lighting, and the venue's existing fire pit. Smaller touches like branded pillows and candle holders created a look Wanderer called "a luxurious, simple, branded space, not overly [done]." 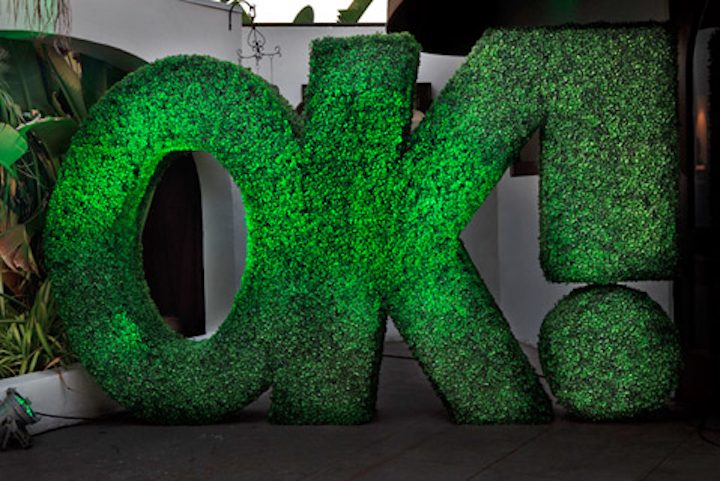 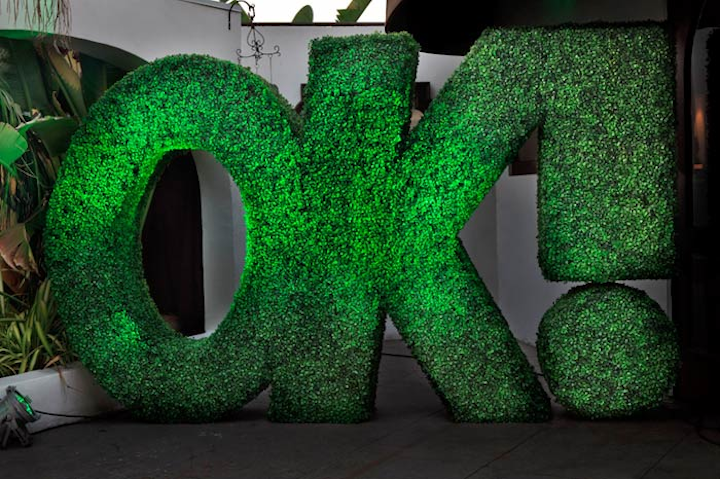 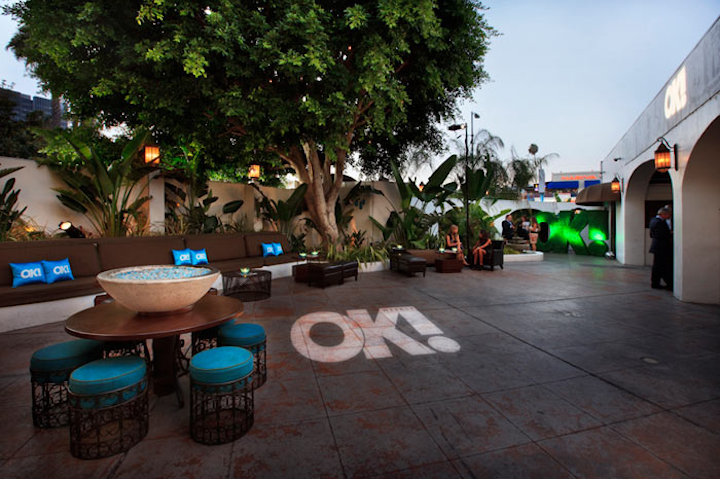 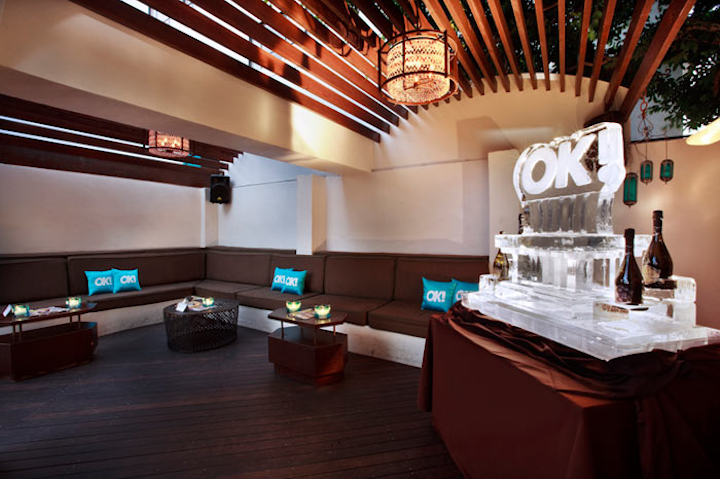 A carved ice bar bore the magazine's logo, as did throw pillows throughout the space.
Photo: Dale Wilcox 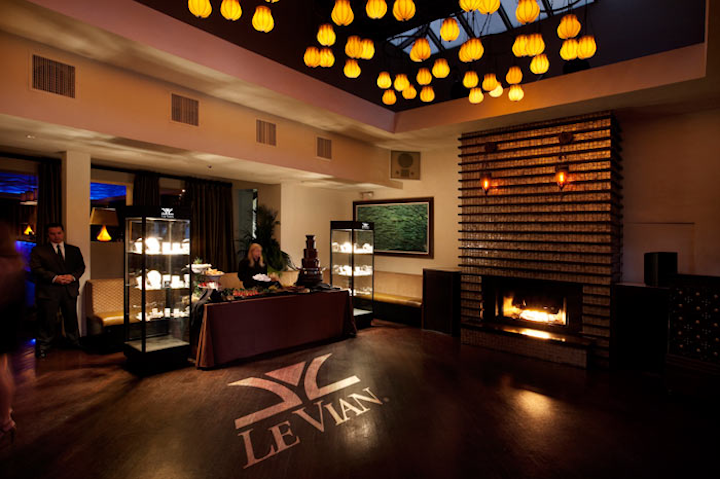 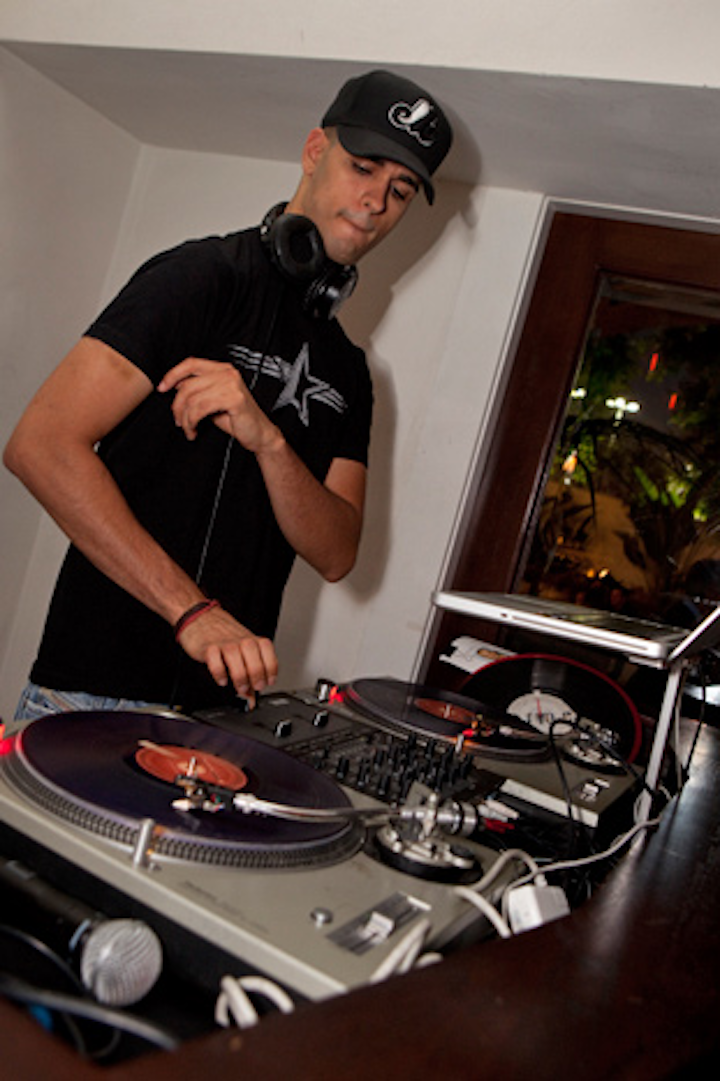 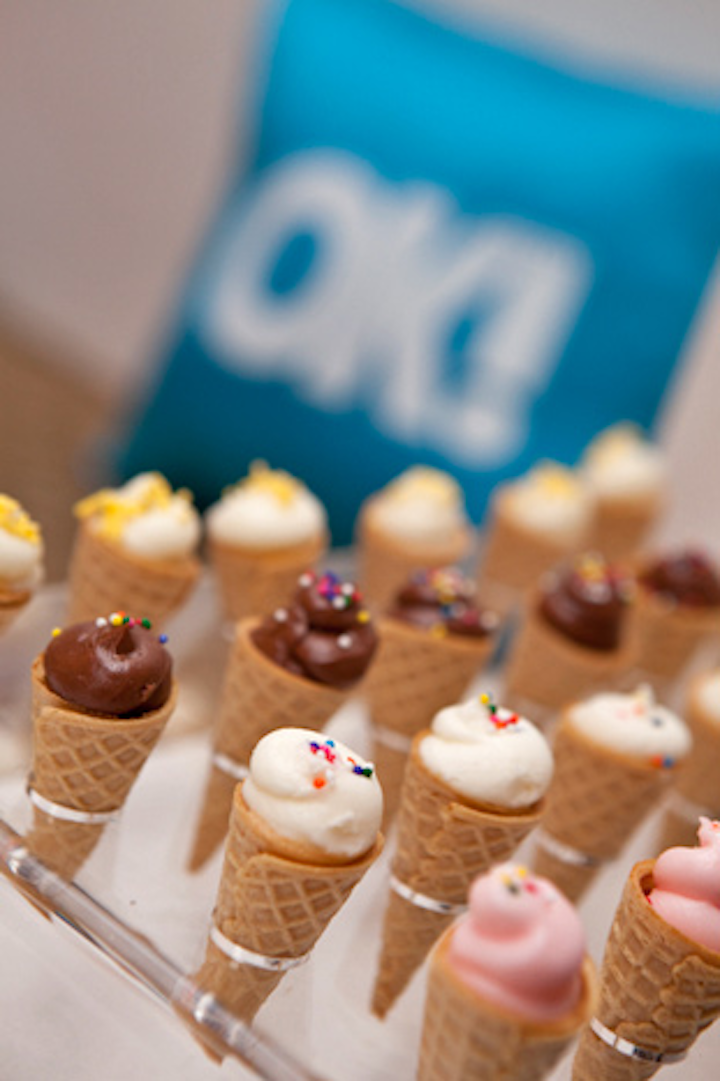 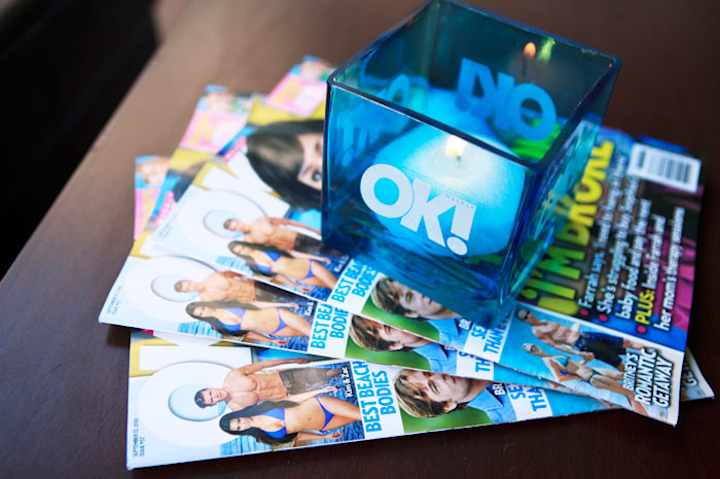 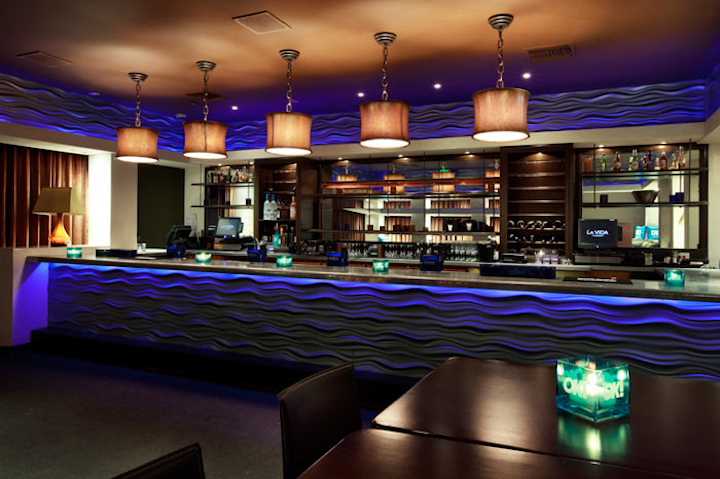 Hollywood's La Vida was the backdrop for the event.
Photo: Dale Wilcox
More in Floral